This post is sponsored by Collective Bias. All opinions are my own.

This easy fudge recipe includes crushed Smarties for a little crunch!
There are only two main ingredients: frosting and white chocolate chips! 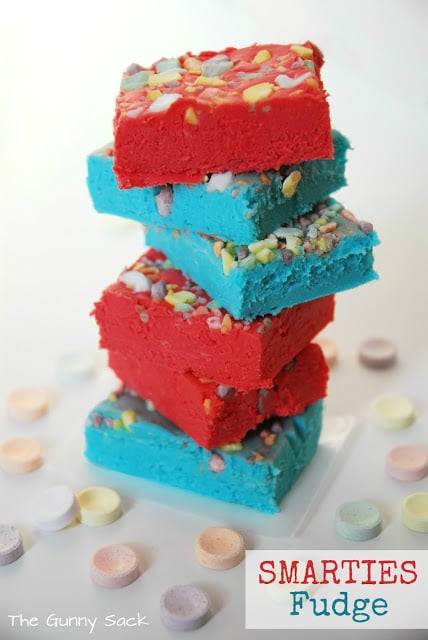 Can you believe it is July already?  We will be getting together with friends and family on the 4th of July.  Our holiday is usually spent grilling and going to fireworks.  We split up the cooking so that everyone brings something to share.  I don’t have any special Independence Day desserts but this year I was given the challenge of coming up with a treat that includes Smarties so I did a little cooking over the weekend to get ready for the holiday.  I had so many great ideas swirling around my head.  I asked my kids which one I recipe I should make and they thought all of them sounded good.  In the end, I decided to make Smarties Fudge! 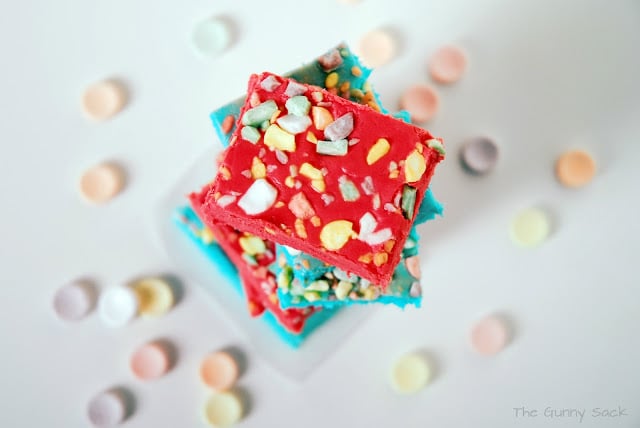 Last week I came across this post by Anne who was inspired by this post by Shelly for easy 2 ingredient fudge.  I wanted to try out the recipe and make it appropriate for the 4th.  Since I was adding Smarties to the fudge, I decided to make the fudge candy flavored in shades of red and blue. 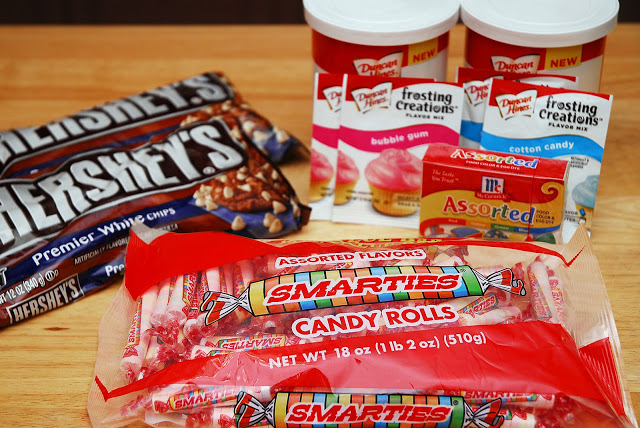 The last time I was as the grocery store I noticed these new frosting creations that can be added to frosting to change the flavor and color.  So, I bought bubble gum and cotton candy flavors.
Ingredients:
White chocolate chips
Frosting
Flavoring
Food coloring (optional)
Smarties 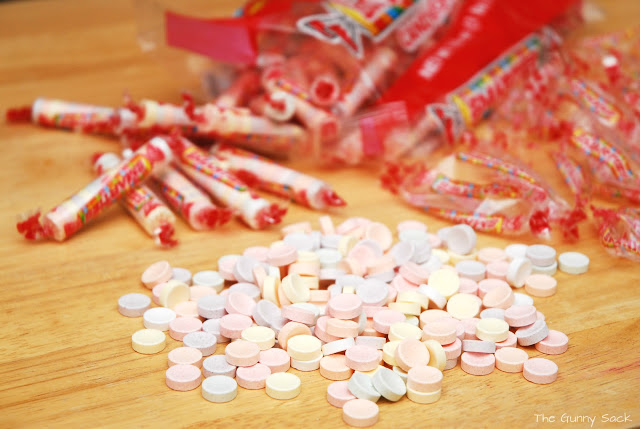 The first step was to unwrap and chop up some Smarties.  I didn’t count how many and I ended up having to chop some more.  I chopped some using my electric chopper and some using a large knife. 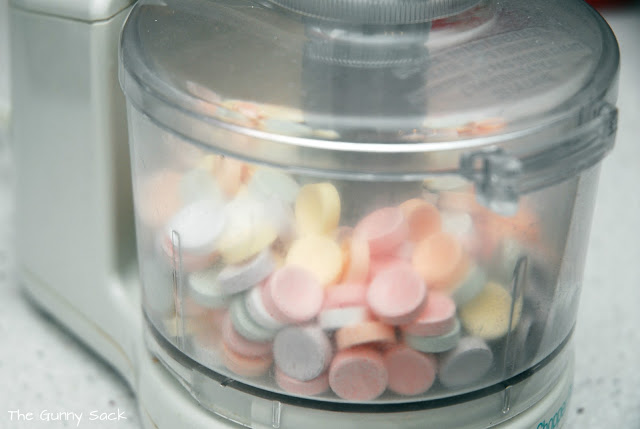 Did you realize that the Smarties Candy Company is family owned & family run?  It was founded in 1949.  Three generations of the Dee family work under the same roof at Smarties Headquarters in Union, NJ.  The founder, Eddie Dee, still comes to the office nearly every day!  I really like that Smarties is a family company and that the candy is made in North America.  #IamASmartie 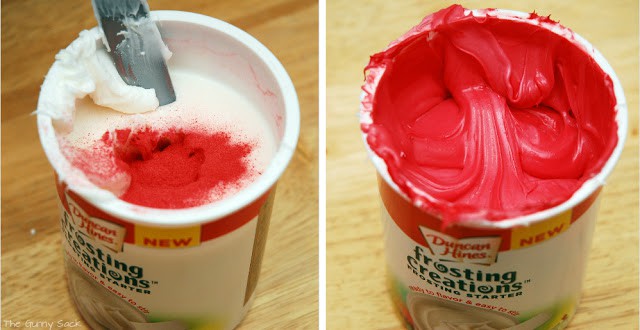 To make the fudge, I started out by flavoring the frosting.  I used 2 packages of flavoring.  Since I am adding a full bag of white chocolate chips, I wanted to make sure the candy flavor was present.  I added a bit of food coloring to make sure the resulting fudge looks more red than pink. 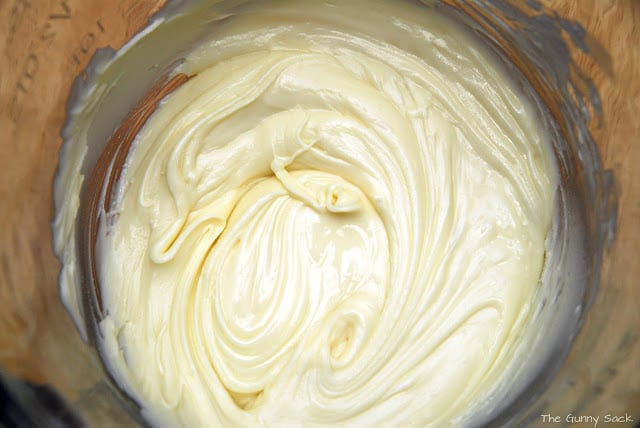 I melted one 12 oz bag of white chocolate chips in the microwave.

Then, I added the flavored frosting to the melted chips. 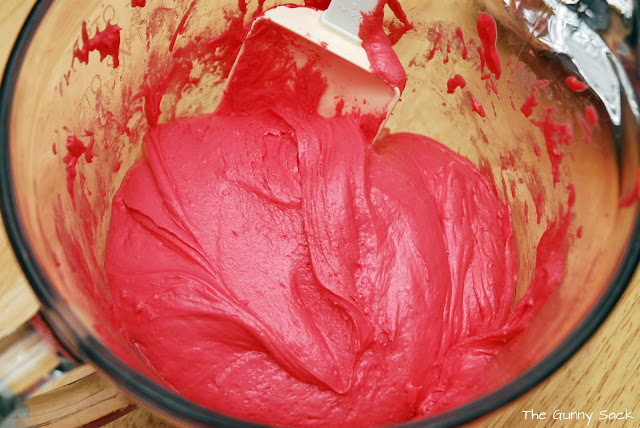 Working quickly, I combined the melted chips and the frosting.  It started to “set up” fairly quickly. 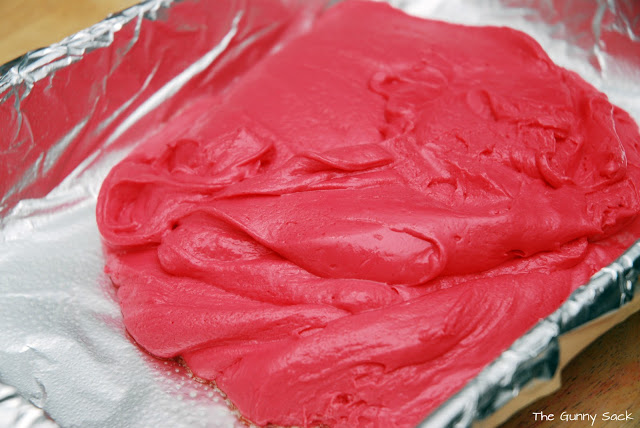 I spread the fudge into an 8×11 foil lined, lightly greased pan. 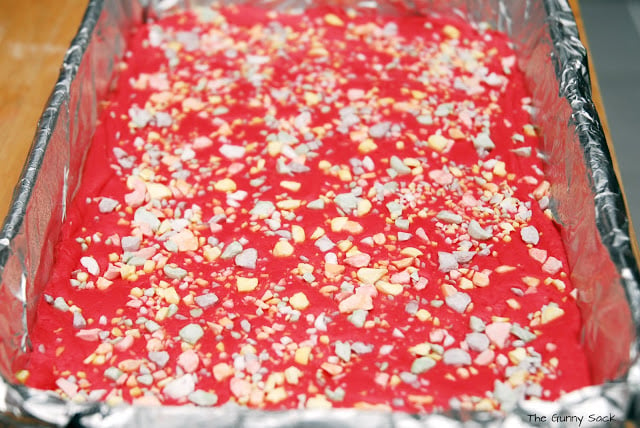 Then, I gently pressed chopped Smarties into the fudge and placed it in the refrigerator to cool and harden. 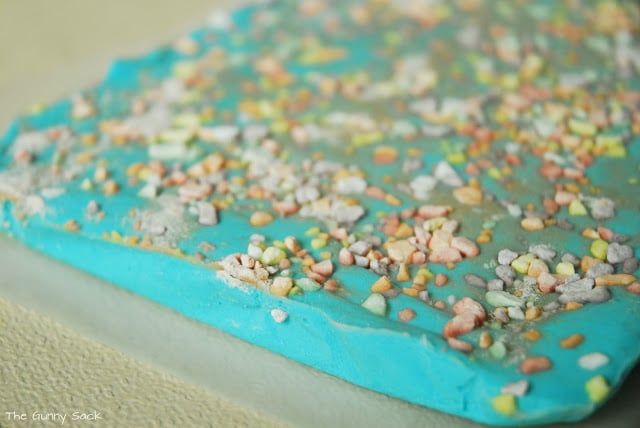 For the blue fudge, I used cotton candy flavoring.  I tried sprinkling some ground Smarties on top in addition to the chopped Smarties and although it tastes great the color doesn’t look as good.

So, how did the Smarties Fudge turn out?  SWEET…pun intended!  I would say this is definitely a kid friendly fudge.  If you are looking for something more for adults, I would leave out the candy flavoring and just do the white chocolate chips, vanilla frosting and chopped Smarties.  We all agreed that the fudge tasted better with the Smarties than without.  It is a wonderful combination of smooth sweet fudge with the crunch of the Smarties! 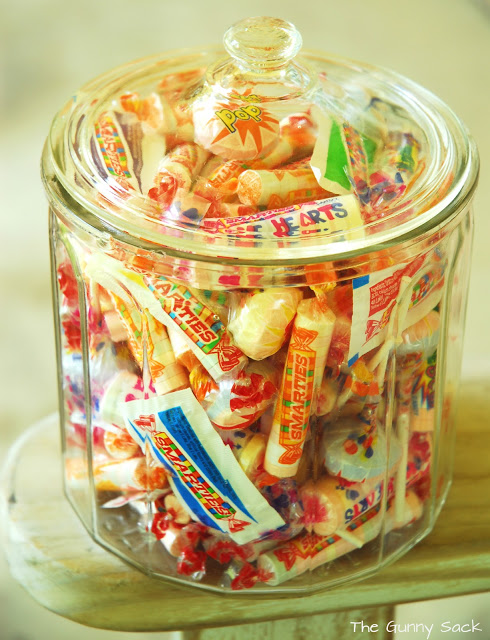 I am a member of the Collective Bias™ Social Fabric® Community.  This shop has been compensated as part of a social shopper insights study for Collective Bias™ and Smarties #CBias #SocialFabric
« Patriotic Jello Poke Cupcakes
Good, Clean Summer Fun »