Home » Seasonal » Autumn » An Orange In A Pumpkin Disguise

Want some mini jack ‘o lanterns for around the house?
Try using an orange (or in this case a tangerine) instead of a mini pumpkin! 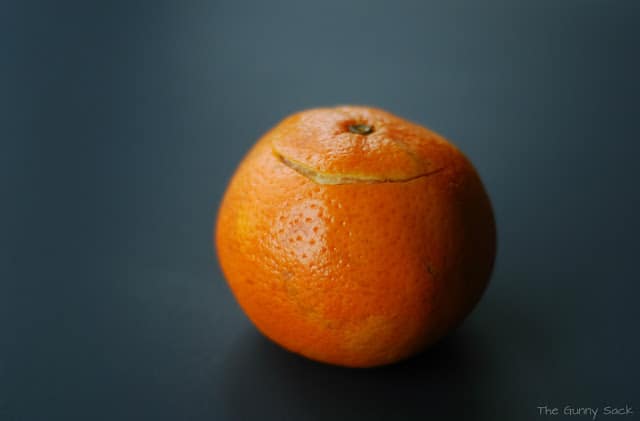 Cut off the top. I used a craft knife because it has a thin blade and is easy to maneuver.

Scoop out the insides.

Draw a face. After drawing the face with a black permanent marker, I used the craft knife to do the carving. I thought about doing the carving before removing the inside of the tangerine because of how thin the peel is but I wasn’t sure how big of a mess it would make.

I suggest using a flameless candle inside so that the peel doesn’t burn!

Do your kids like Knock Knock jokes? What’s their favorite?