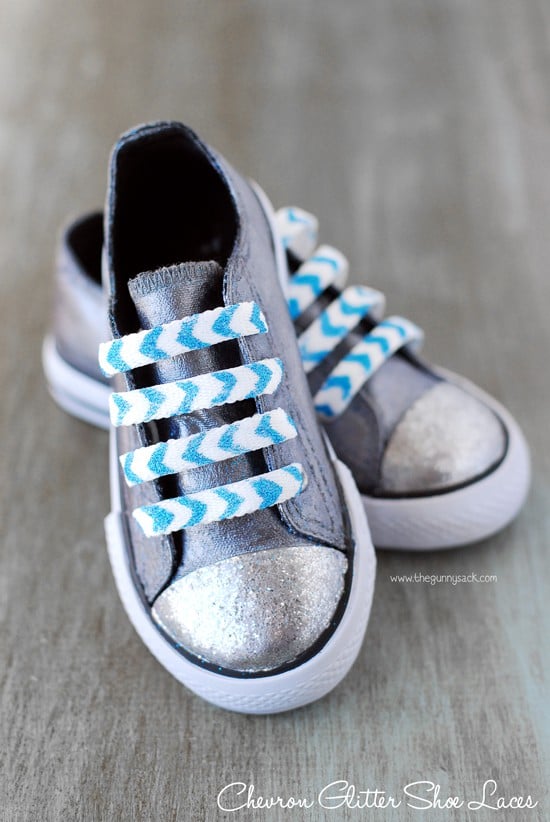 I’m not sure if you’ve heard the exciting news yet, but Amy Anderson from Mod Podge Rocks has a new product line at Michaels! They are six different peel and stick stencils that can be used with Mod Podge to create patterns. It is so cool that one of our fellow bloggers and crafters has been so successful that now her products are available to everyone on a large scale. I love trying out new crafting tools so I used the chevron print Mod Podge Rocks stencil to make Chevron Glitter Shoe Laces. 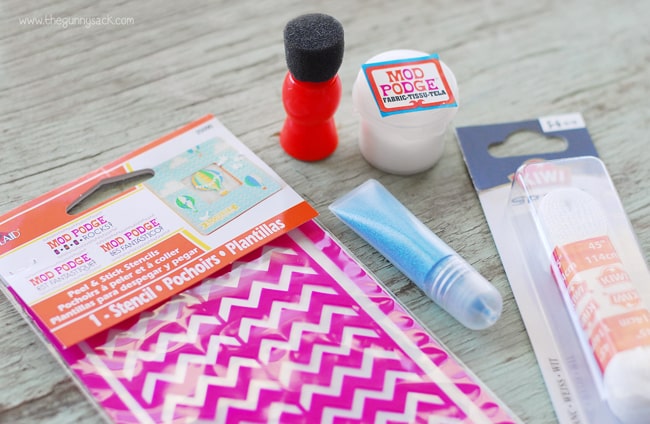 I used Mod Podge Fabric because not only is it made for fabric, it is machine washable after 72 hours. Since shoe laces have a good chance of getting wet, I wanted to make sure that the Mod Podge would be permanent. I only had a small container of it from a Mod Podge sampler set, but it is also available in the larger jar, 8 oz jar. 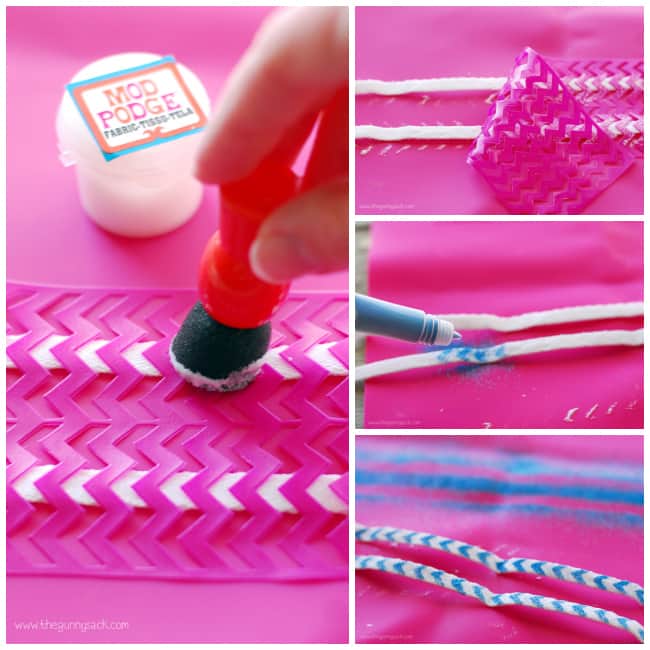 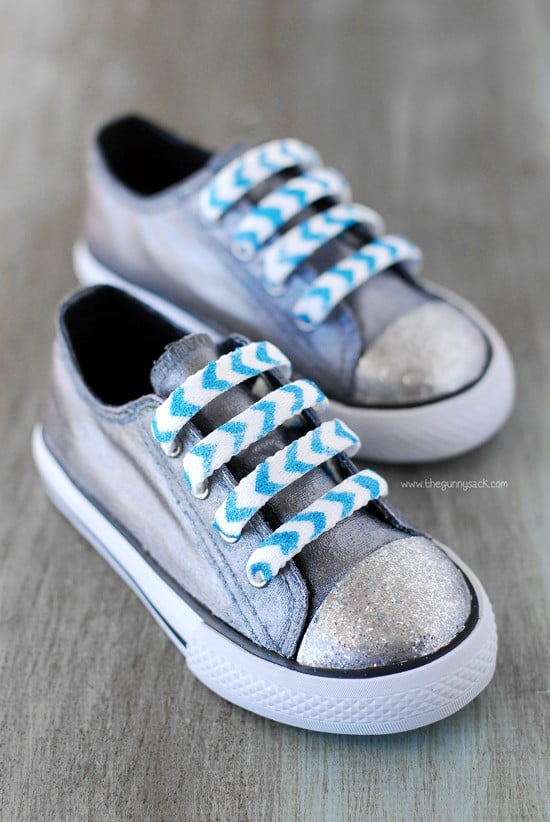 Allow them to dry completely before lacing up your shoes. Are they adorable? I love how easy they were and the stencil can be used again and again! Want to try it out for yourself? Enter to win a Mod Podge Rocks Stencil (stencil design will be chosen at random)!