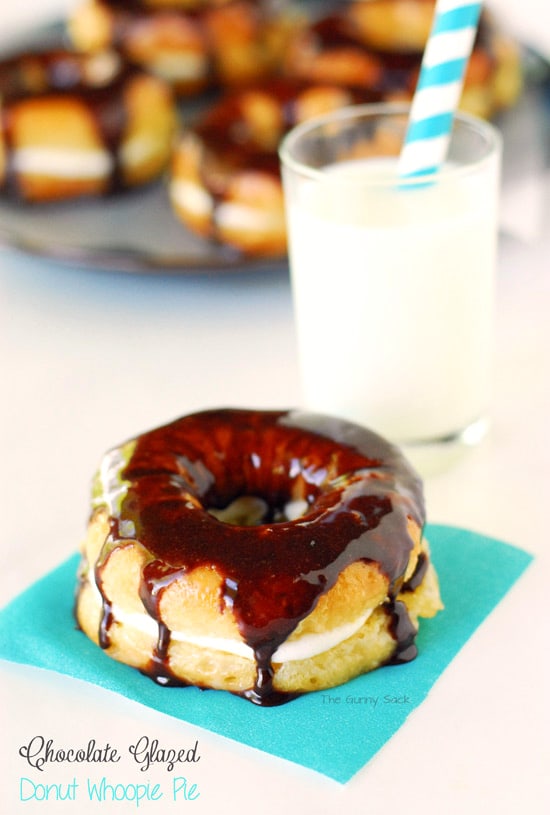 My grandma used to make homemade doughnuts. She would top them with a maple glaze and they were so good. She always said that she wanted to come to our house one day to teach us how to make them. Unfortunately, it is one of those things that were never did together. I have so many precious memories of her and I can still taste her doughnuts when I think about them!

Krispy Kreme came to Minnesota in 2002 and there were donuts shops everywhere. They only lasted 6 years but that was enough time for me to become very fond of the Chocolate Iced Cream Filled donuts. The last time we went to North Carolina, we had to stop at Krispy Kreme to get doughnuts. So, I knew that I wanted to make a doughnut with a cream filling.

Since I had so much fun making Cinnamon Roll Whoopie Pies, I figured, why try filling donuts when I can just cut it in half and make a “whoopie pie” instead. Of course, these aren’t really whoopie pies but that is what they remind me of. I could call them donut sandwiches but that isn’t as fun! 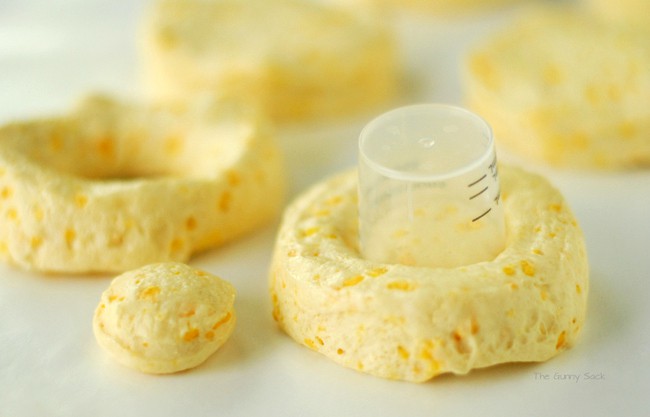 Since I am always short on time so I decided to go the easy route and make these doughnuts with Pillsbury Grands Flaky Layers Butter Tastin’ Biscuits. There were 8 biscuits in the package. Cut a hole in the center of each biscuit. 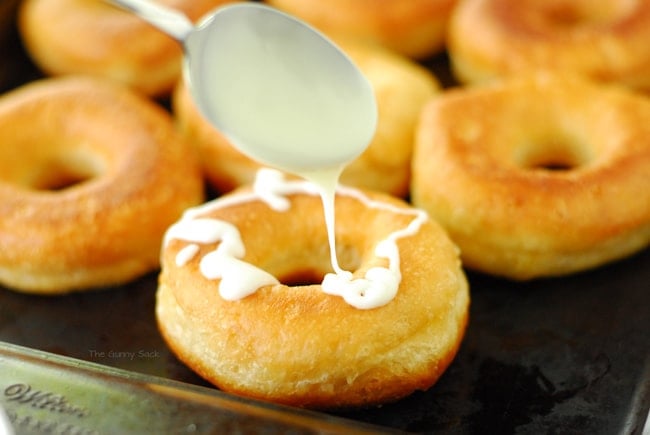 Fry the donuts and donut holes in canola oil until golden brown. Mix up a thin glaze and drizzle it over the warm doughnuts. 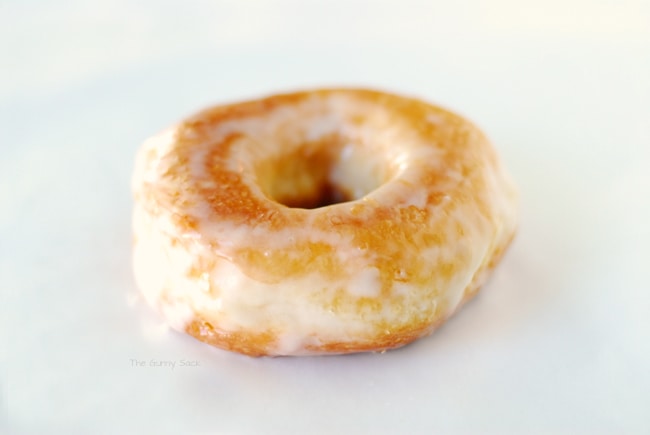 Use a knife to spread the glaze around so that it covers the doughnuts. They are ready to be enjoyed just like this. 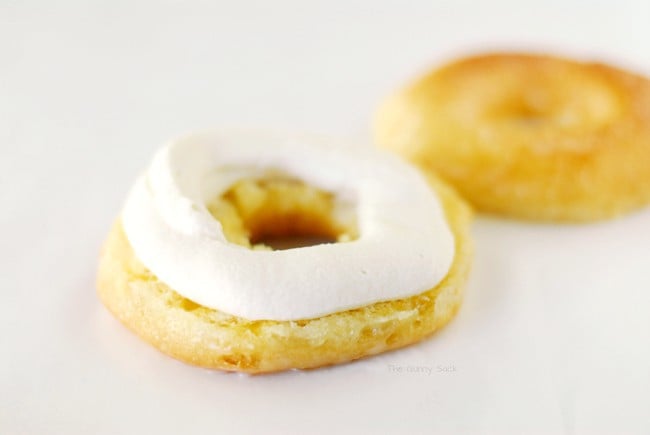 But of course, my love of frosting won and I couldn’t just leave them be. I put the doughnuts in the fridge to cool. While they were cooling, I mixed up the vanilla donut filling. When the filling is ready, cut the doughnuts in half and pipe the frosting on the bottom half. 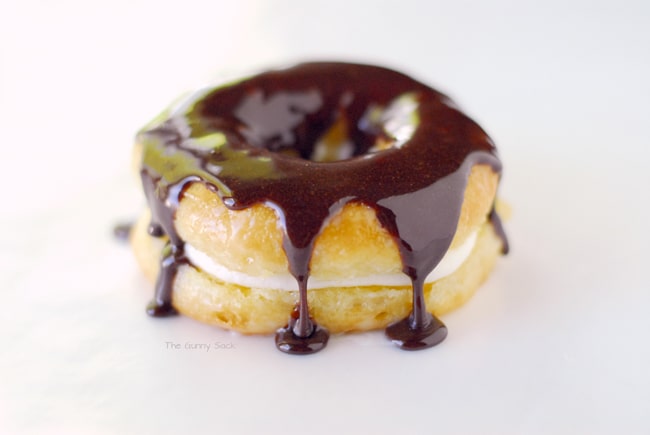 Add the top half of the doughnut and melt chocolate frosting in the microwave. Drizzle the chocolate over the doughnuts and allow it to run down the sides. 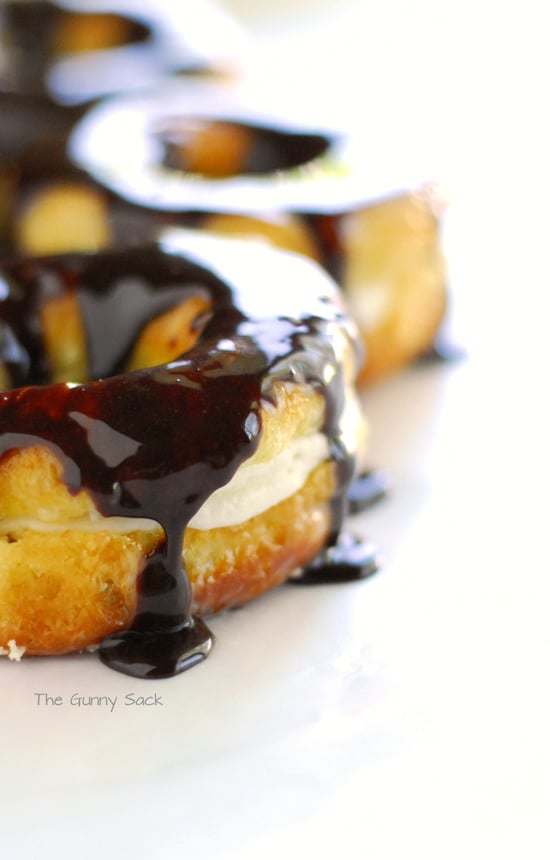 Oh yeah…that’s what I’m talking about! Totally unhealthy, soaked in grease, sugar-laden, and oh so good! 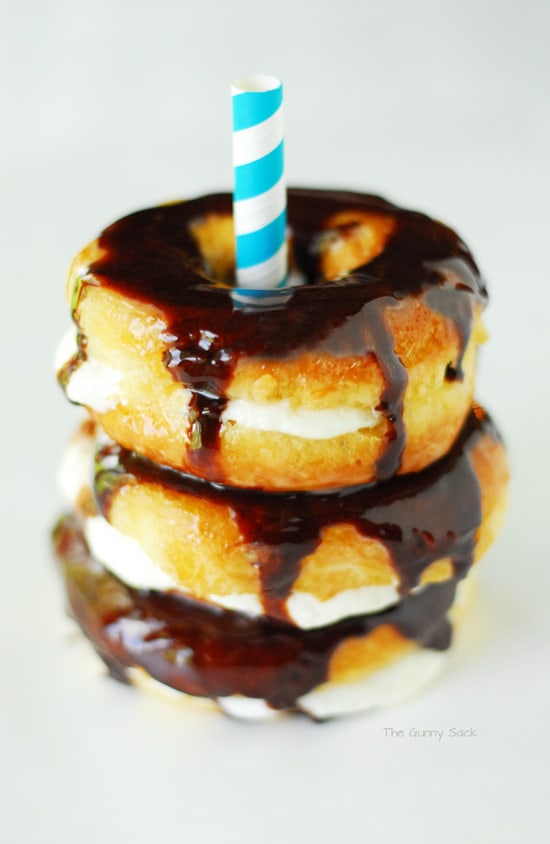 I would advise consuming these one at a time or probably even one half at a time to avoid a sugar shock! My kids, of course, were delighted with these. Zack said these was an “Epic dessert because  how often do we get donuts?”