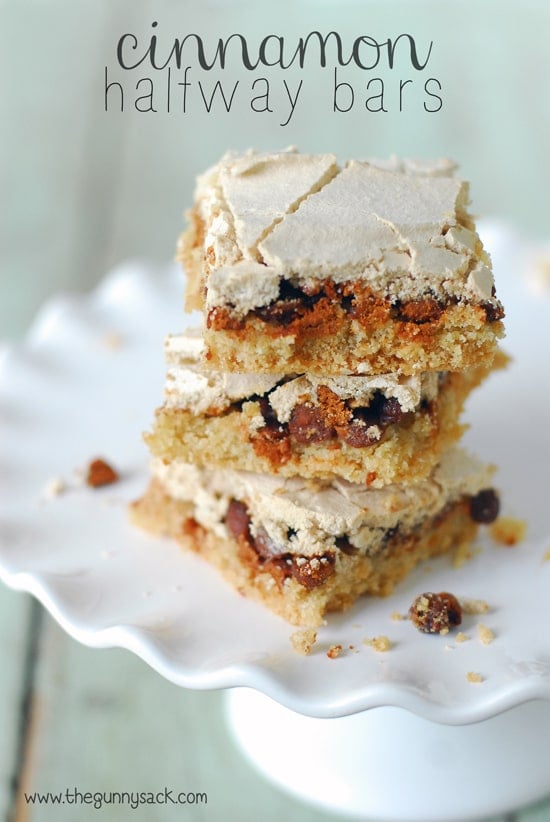 Like most food bloggers, I love cookbooks. But my love of cookbooks started long before I started blogging. I used to check out cookbooks from the library and read them like other people read magazines. Even though I rarely made recipes from the cookbooks, reading them was relaxing to me. I like different cookbooks for different reasons. Some of them are all about the photos for me. Others have the best cooking tips. My favorite cookbooks to get recipes from aren’t the gourmet, technical ones, but rather the ones filled with tried and true recipes.

As I was looking through one such cookbook recently, I saw a recipe for halfway bars that intrigued me. I had never heard of halfway bars, but I loved the idea of  bars with a meringue top layer. So, I decided to give them a try. 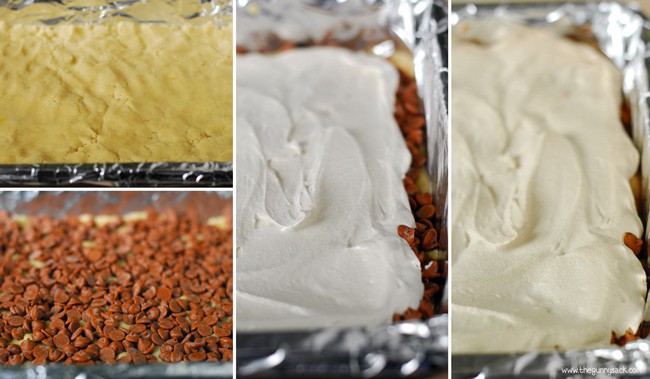 There are three layers to these bars. The bottom blondie layer, the top meringue layer and cinnamon chips halfway between the two which is probably where the name came from. The recipe in the cookbook calls for chocolate chips, but I wanted to try making a cinnamon version.

Mix together 2 egg yolks with 1 teaspoon of water. Then, mix together shortening, granulated sugar, white sugar, egg yolks, baking soda and flour. Press the dough into a foil lined, greased 9×13 inch pan. Sprinkle with cinnamon chips and gently press them into the bottom layer. 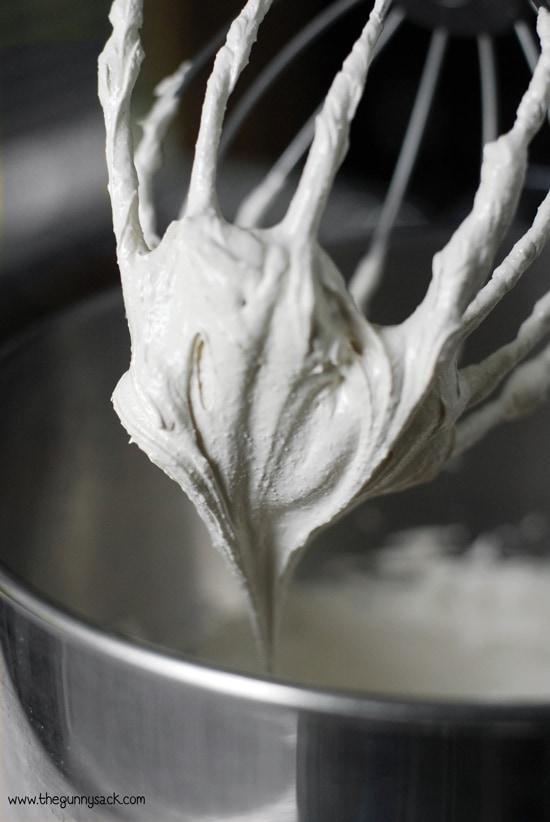 Next, make the meringue layer. Beat egg whites until soft peaks form. Then, add brown sugar and beat until stiff peaks form. Carefully spread the meringue over the cinnamon chip layer without allowing it to touch the sides of the pan. To make this step easier, I spooned the meringue into the pan in several dollops and then spread each of them out. Bake at 325 degrees for 25-30 minutes. 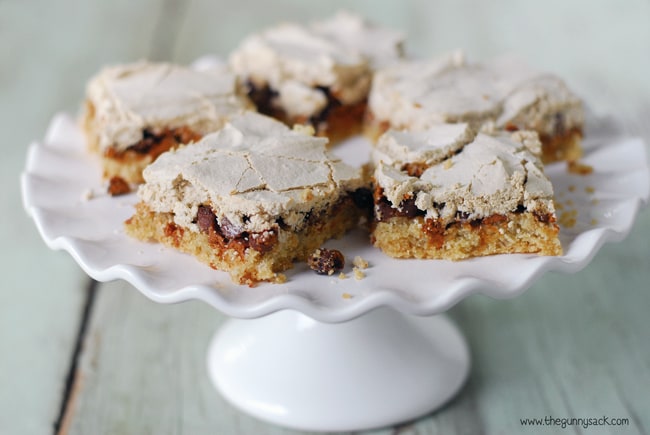 They were full of cinnamon goodness! I am already planning my next version of these delicious bars.