This easy appetizer recipe for Cowboy Caviar, aka Southwest Black Bean salad, is fun to serve in little tortilla chip cups. This healthy dip has lots of protein and fiber! 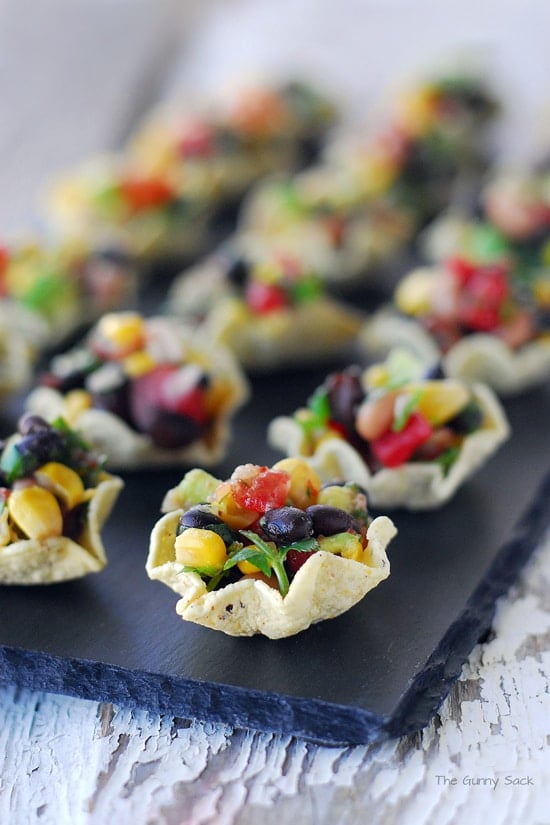 A few years ago, while I was at the dentist in the waiting room during my kids’ appointments, I was visiting with the receptionist and she introduced me to Cowboy Caviar. She told me that she was bringing it to a family get together and I told her I had never heard of it.

She explained that it was so easy to make and it could be used as a salad, a side dish, a snack or an appetizer. I asked her to write down the recipe and she told me that there isn’t really a recipe. She explained that everyone has their own way of making it but the base of most recipes is beans, corn, onions and tomatoes. 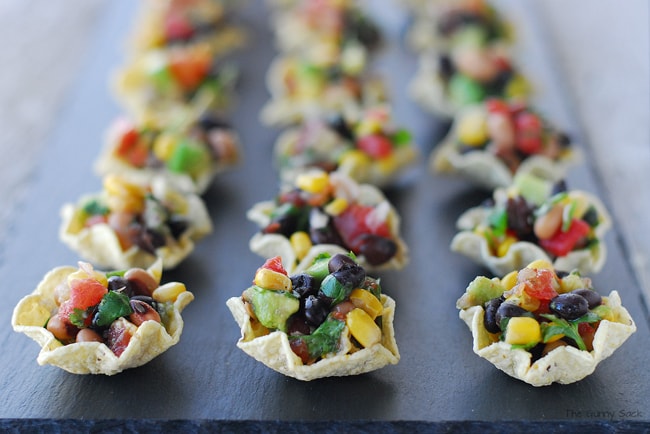 So, I figured out a recipe and I’ve been making it ever since then. Although the salad is meant to share, I like making cowboy caviar and having it in the fridge so that I can eat it for lunch during the week. It is really filling with lots of fiber and protein. 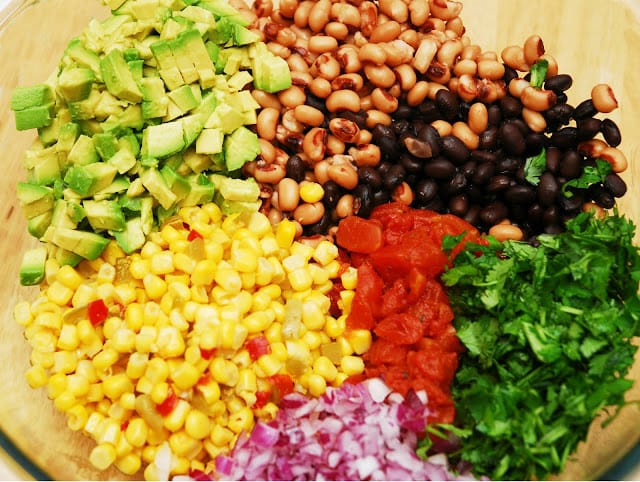 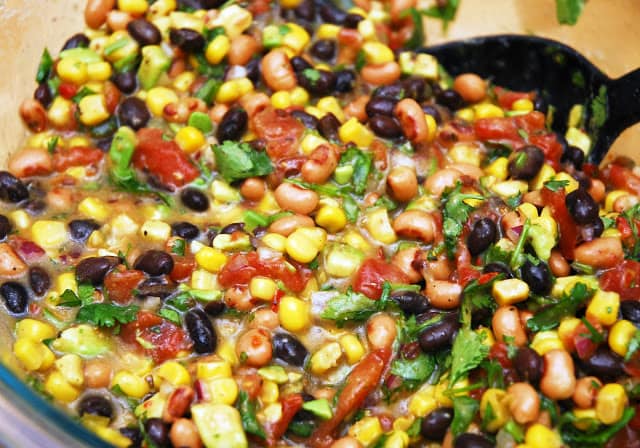 Mix everything together and season with salt and pepper. 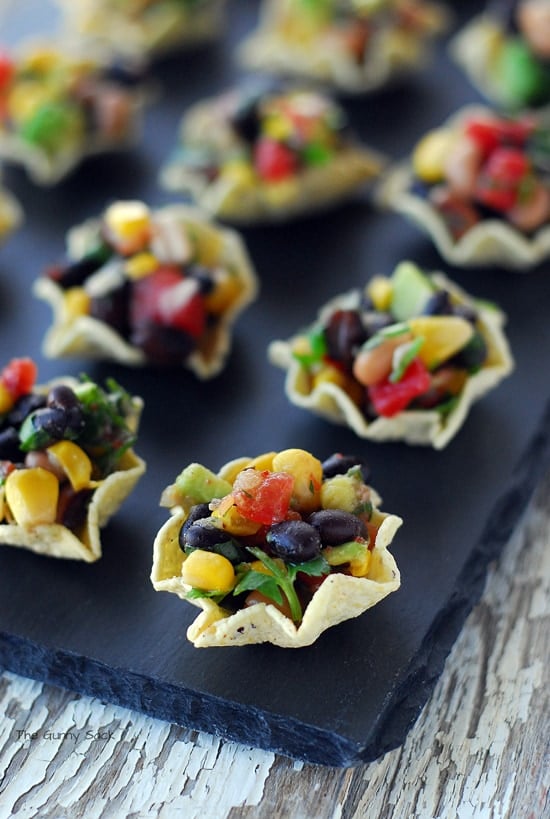 I bought some baked tortilla chips that are shaped like little cups (I used baked Tostitos Scoops but you can also use the original Tostitos Scoops) and realized that they would be perfect for serving cowboy caviar at a party. This is an easy finger food that people can just pop into their mouths! Just don’t fill the cups too early or they will get soggy.