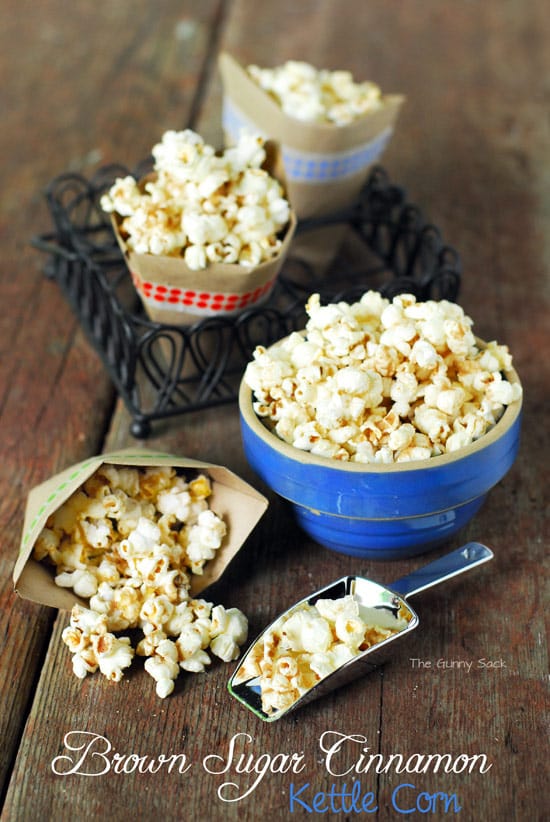 I came across a recipe for sweet and peppery kettle corn in a magazine recently and wanted to try making it without the peppery part so I started looking for other recipes. All of the recipes I found for kettle corn come with difficulties. The biggest issue is that the popcorn and sugar coating tend to burn easily. So, I decided why not make is by adding the sugar after the popcorn is done popping? It isn’t true kettle corn then but it is just as tasty. 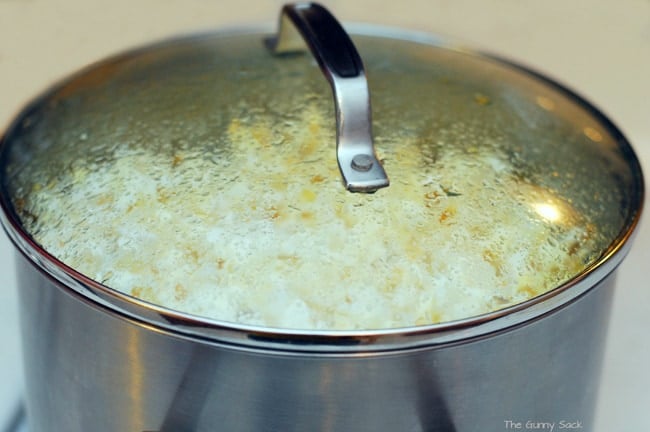 I made the popcorn in a 6 quart stock pot. Heat 3 tablespoons of oil over medium high heat with a couple of kernels of popcorn in it, with the lid on it. Once the popcorn pops, the oil is ready. Since I am kind of a scardey cat, I used heavy duty, elbow high oven mitts to do the rest the steps.  Carefully lift the lid, pour in 2/3 cup of popcorn kernels. While allowing the steam to escape,  gently shake the pot while the popcorn pops. Remove the popcorn from the heat as soon as it is done popping. After making the stove top popcorn, I realized that this recipe could probably be made with microwave popcorn but nothing beat popcorn made on the stove top! 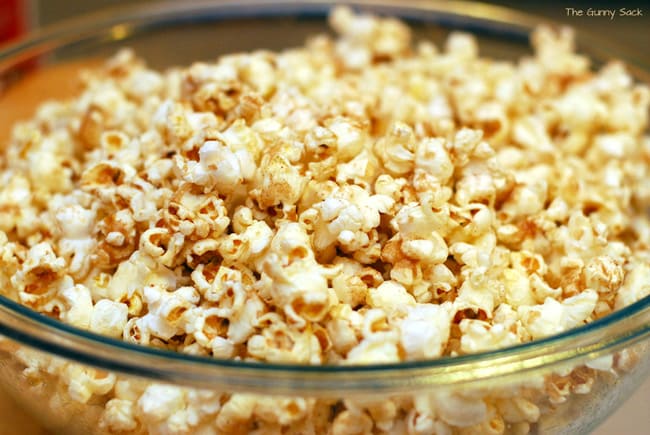 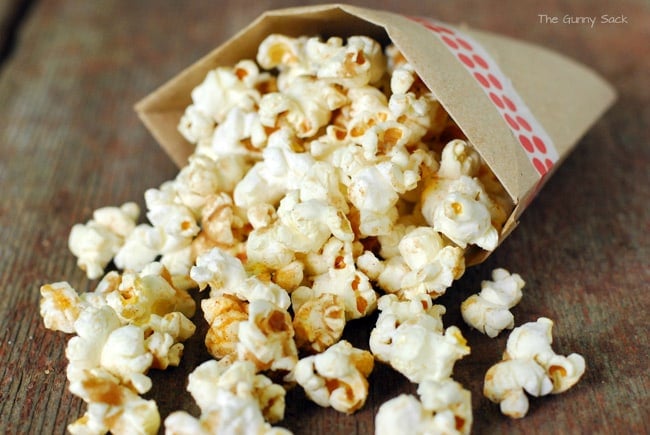 Allow it to cool a bit before sampling! The resulting brown sugar cinnamon kettle corn is sweet, chewy, crunchy and salty! 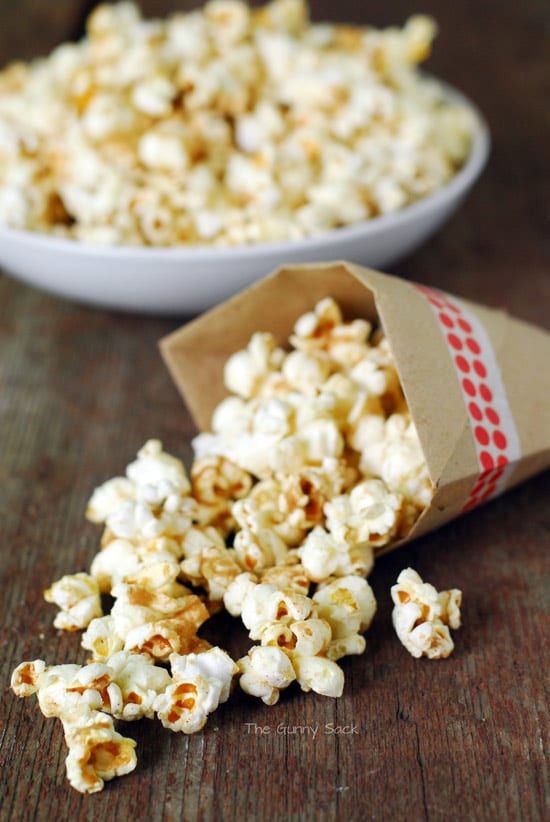 I filled handmade paper cups with the popcorn.

Paper cups are easy to make and they look so cute! Use this step-to-step to make your own. 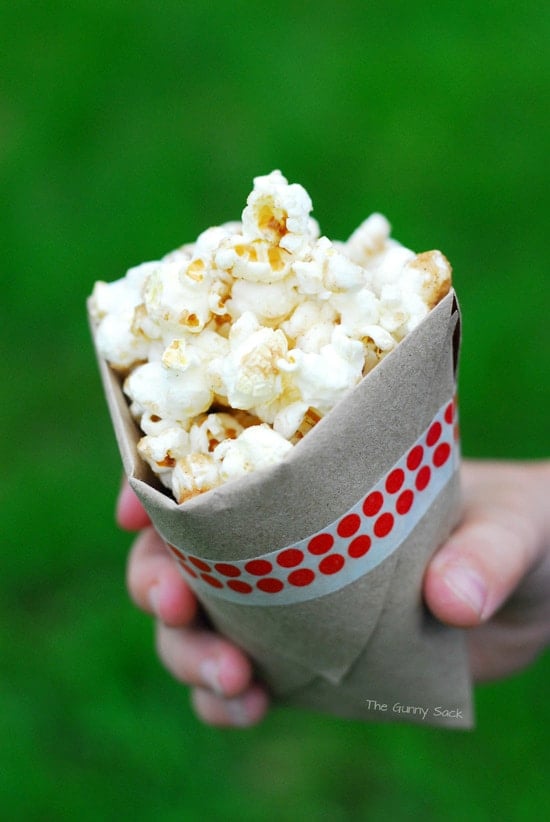 I added a piece of washi tape for a little color.