This princess party idea is one of the princess crafts we made called Princess Putty which is glittery slime made from Elmer’s Glitter Glue and borax. 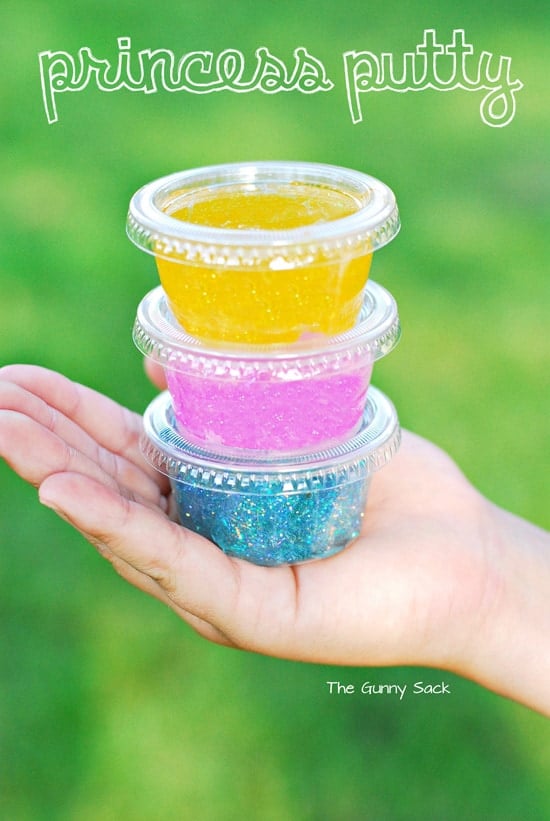 Since party posts get so overwhelming, I decided to share the tutorials for my princess party ideas in separate posts. So, this week I will be sharing some princess party and craft ideas. I wanted the guests to have something hands on to do at the party. One of the things we made was Princess Putty. 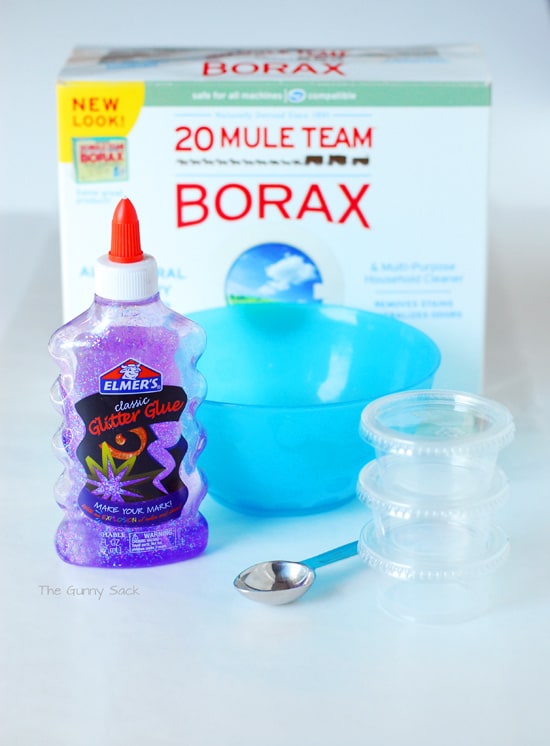 I’ve made slime or Flubber with my kids before, but when I was looking for ideas for the princess party, I came across Glitter Slime by The 35th Avenue and knew it would be perfect! I bought enough bottles of Elmer’s Glitter Glue that each princess could have half a bottle of glue. I also bought some small plastic containers for them to store the Princess Putty in. I already had the Borox on hand, but if you need to buy some, you can find it in the laundry detergent aisle. 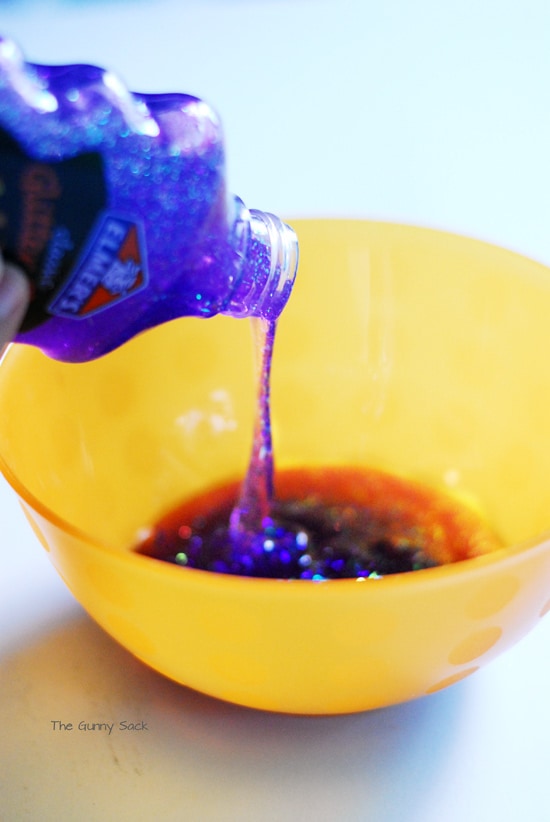 Each girl poured half of a bottle of glue into a large plastic bowl. These glue bottles have bumps on the edges and they used the bumps to determine when half of the bottle was gone. I added a tablespoon of water to each bowl and the girls stirred it. 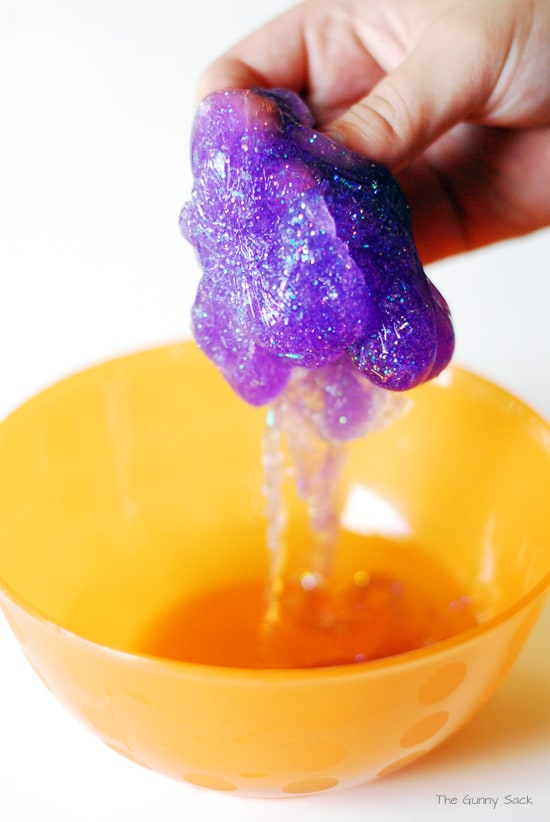 The girls mixed the glue and borax mixture with their hands and once it came together in a clump the removed it from the watery mixture. They were amazed!! They put in into small storage containers to take home with them. If I would’ve had more time to prepare, I would’ve made Princess Putty labels for the containers but I just ran out of time!