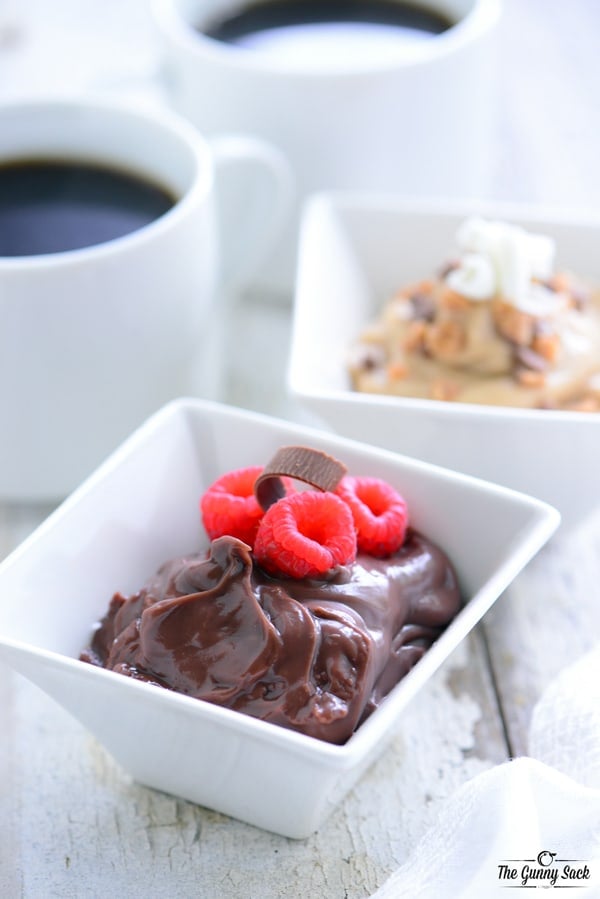 I feel very blessed to not only be from a large family, but also to have most of my siblings living within 20 miles of my house. All except for one sister who lives almost 2,000 miles away. But we are SUPER excited that she is getting married and moving to Minnesota by the end of 2015! She came for a visit recently and we had a ladies’ coffee night so we could visit, talk about wedding plans, drink coffee and eat yummy food. I contributed by bringing Kozy Shack® Indulgent Recipe™ Pudding. It is so delicious, it’s difficult to describe. One spoonful and you’ll understand. 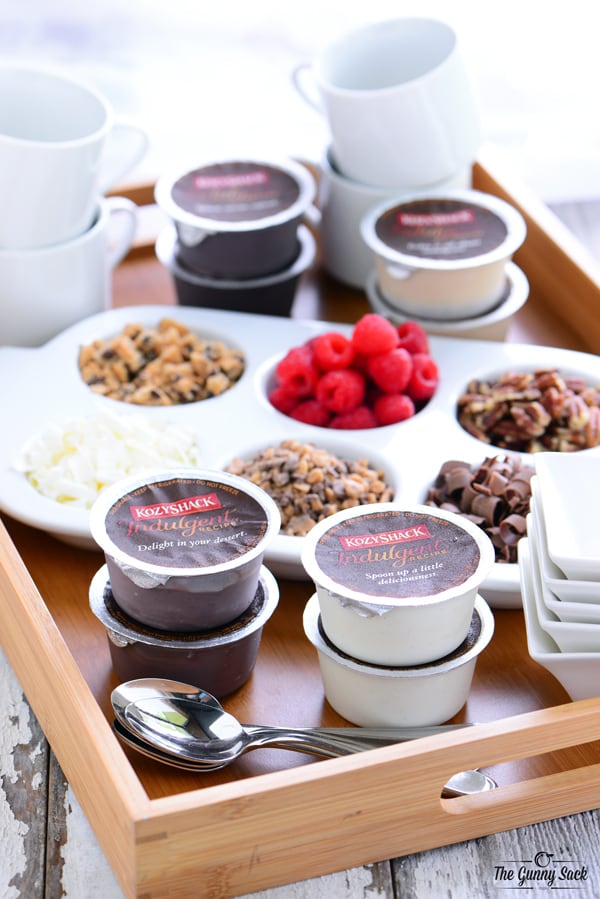 It’s always fun to eat food that looks good and is presented in a pretty way. So, I put the pudding on a wooden tray with square tasting dishes, spoons and toppings. The new Kozy Shack® Indulgent Recipe™ Pudding is a rich and creamy pudding that will satisfy your cravings and it doesn’t need anything on top. But I thought it would be fun to include a few choices of toppings so we could customize our desserts. In a small white tray (that is actually meant to hold coffee cups), I put white chocolate curls, toffee bits, chopped chocolate chip cookies, milk chocolate curls, raspberries and chopped walnuts.

I brought all four flavors of Kozy Shack® Indulgent Recipe™ Pudding to ladies night so that everyone could choose which flavor they wanted or try a little of each one. It is perfect for for adults who love rich flavors and comes in four decadent flavors: salted caramel, chocolate truffle, dark chocolate, and vanilla bean. 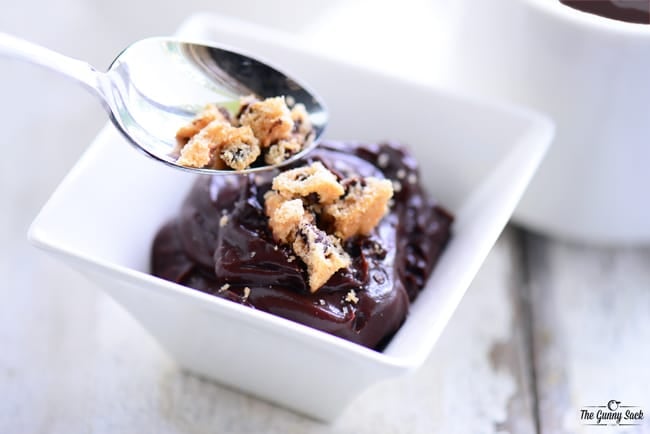 I’ve got to show you some of the combinations we came up with. We added a sprinkle of crushed chocolate chip cookies on the dark chocolate flavor. 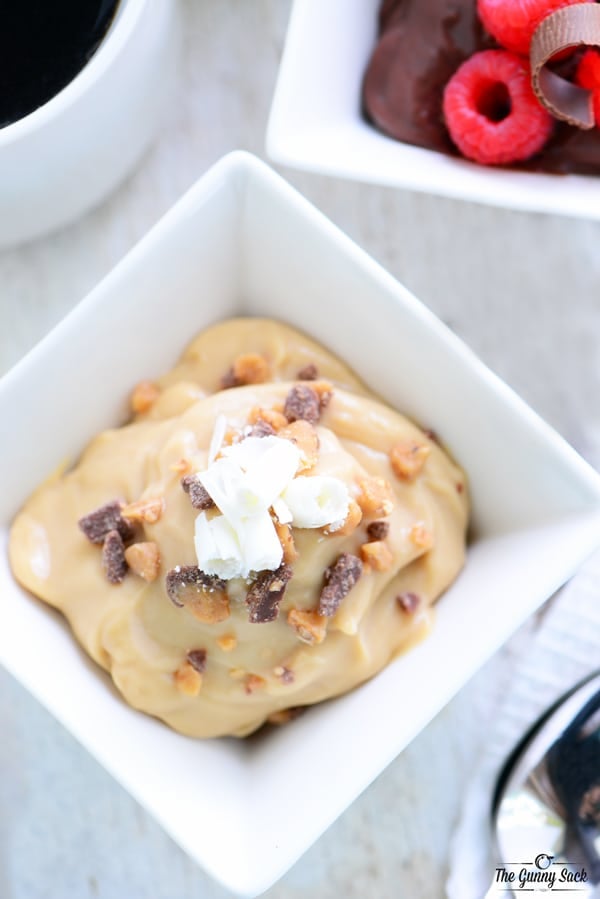 The white chocolate curls and a sprinkle of toffee was the perfect thing to pair with the salted caramel pudding. This was my favorite one! Kozy Shack® Indulgent Recipe™ Pudding will change the way you think about your next treat: Yes, something this rich and creamy can be made with simple, premium ingredients. 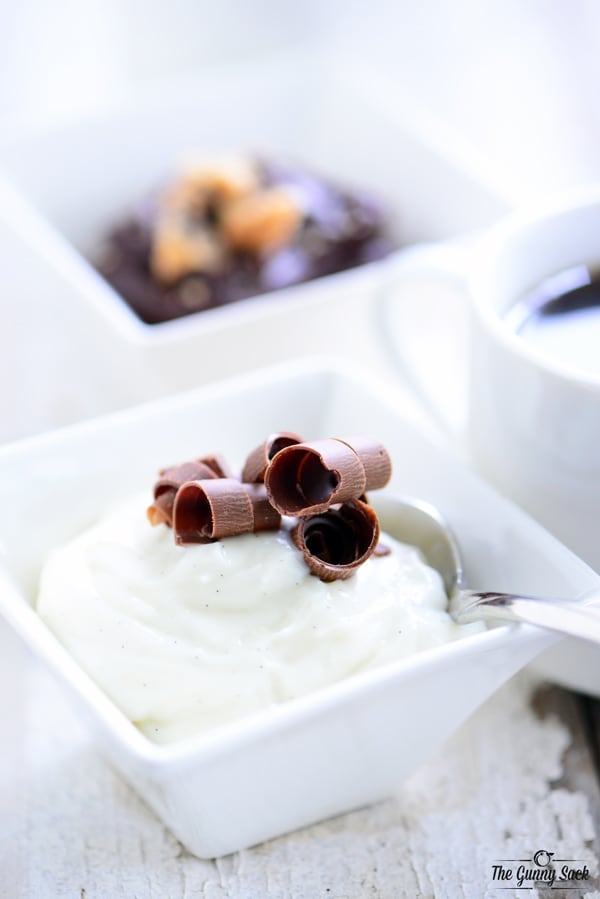 On the vanilla bean pudding (I LOVE those flecks of vanilla bean that show up in the pudding), a few milk chocolate curls were delicious. Everyone at ladies’ night was impressed with the pudding! They loved the rich flavors and how creamy the pudding was. Like all Kozy Shack® Pudding, Kozy Shack® Indulgent Recipe™ Pudding is made with simple, premium ingredients to create the perfect just-for-you moment.

Which flavor of Kozy Shack® Indulgent Recipe™ Pudding are you most excited to try?

Disclosure: This blog post is sponsored by Kozy Shack Enterprises LLC. All opinions are my own.