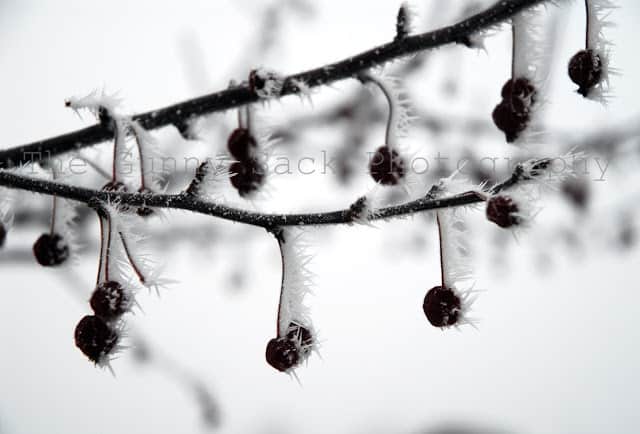 To start off my series of photography tips, I want to talk about light.  Because to me, it is the most important element when taking pictures.  It is more important than the subject or even what kind of camera you have.

Photography literally means “drawing with light”
Different kinds of light sources will give your pictures completely different looks.  You can use various kinds of light to get a “certain look” that you want.   I have a vintage sewing machine that I am going to take several pictures of without using my flash or adding additional lighting so you can see the differences.  Let’s say that for these pictures, I am trying to get a good photo of the sewing machine that I could use to list it on Etsy.

You’ve probably heard that you should take pictures next to a window so that you can use natural sunlight as your light source.  This picture was taken on a table with direct sunlight through a window.  It was taken at 9:18 am and the sun had risen at 7:27 am.   But the picture doesn’t look so great, does it?  Direct sunlight on a subject is harsh light where there are bright highlights and dark shadows.  The bottom part of the sewing machine is completely “blown out” meaning there is too much light on it.  Yet, other parts of the sewing machine are black with shadow. 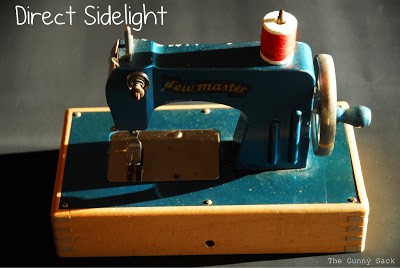 In these pictures, I moved a chair so that the sunlight is not shining directly on the sewing machine but rather it is being diffused by the sheer curtains.  The chair and the sewing machine are turned at an angle to the window.  You can see on the lower right corner of the black tag board where the direct sunlight ends.  Photographers will often place subjects in the shade but just outside of the direct sunlight so that the subject still has plenty of light.  Out of the pictures shown in this post, this is the picture I would choose to use in my Etsy listing.

Next, I moved into a room with 100-watt light bulbs.  I took the picture on the left with the same white balance setting as I used for the indirect light picture above.  Look at the color of the picture.  It has an orange tint to it.  In the picture on the left, I manually adjusted the white balance on my camera to include more blue.  If you have a point and shoot camera, you might have a setting specifically for this that looks like a light bulb.  I’m not going to go into white balance right now but will save that for a different day.  But you can see how you have to be aware of the kind of lighting in the room where you are taking the picture because it can affect not only how much light is on the subject but what tint the picture will be.

These pictures were taken outside in direct evening light.  I took them at 4:37 pm and the sun set at 5:34 pm so this is during the “Golden Hour”.  The golden hour for photographers is typically the first and last hours of sunlight in a day.  The light is usually softer with a warmer glow and the shadows are longer.  Some photographers will only shoot during these hours but for me that isn’t possible.  Now, I wouldn’t say this picture is golden or spectacular but it is a pretty good picture of the sewing machine. 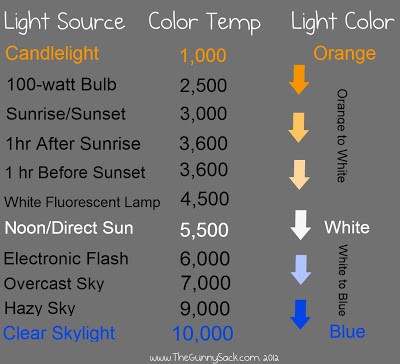 I made this chart, not to make your brain hurt, but to give you an idea of how the color of light changes based on the light source.  I compiled this chart from a few different sources and I understand that they might not perfectly match your Kelvin Scale.  Again, here is my disclaimer…I am not a professional photographer.  I just want to share some of the things I’ve learned that have helped me when taking pictures.

So, turn off that flash, pick a subject and try moving it to various places and see what happens to your pictures!

If you want to see what camera I use, you can check out my So You Think You’re A Photographer Because You Own A DSLR post.
« Mini Pepperoni Loaves
52 Things ~ A Year In A Jar {Handmade Gift} »