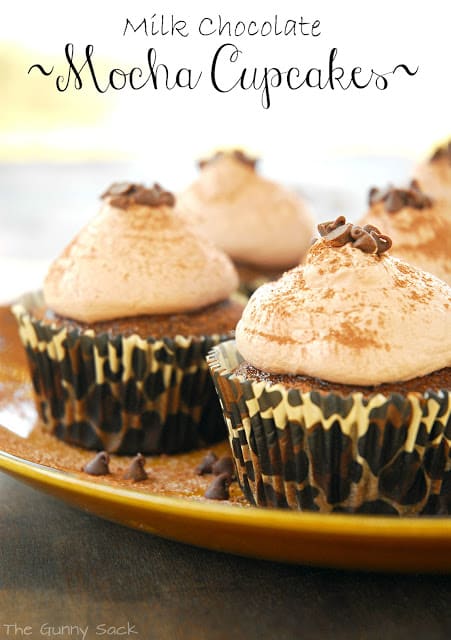 Do you find ways to celebrate everyday occasions? My kids have completed one month of school and that qualifies as an everyday occasion to celebrate! Cupcakes are an easy way to make an beautiful yet tasty dessert without much effort. The only challenge was what kind of cupcakes to make. We all love coffee, yes even my kids do although they only get decaf occasionally. So I decided to make Milk Chocolate Mocha Cupcakes with Cool Whip Forsting inspired by Kimberly’s Mocha Cappuccino Hazelnut Cupcakes. Well, I didn’t actually follow her recipe but I did take notice of her cupcakes and really want some! 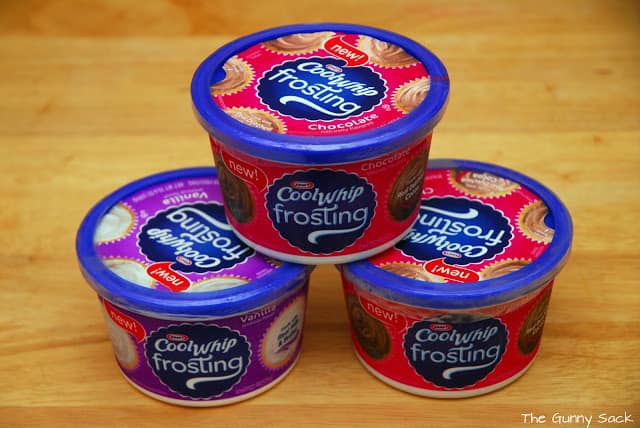 To frost the cupcakes, I used a new frosting that I bought at Walmart called Cool Whip Frosting. There were only 2 flavors available at the Walmart I visited, chocolate and vanilla, but from what I saw online there is also a cream cheese flavor available. 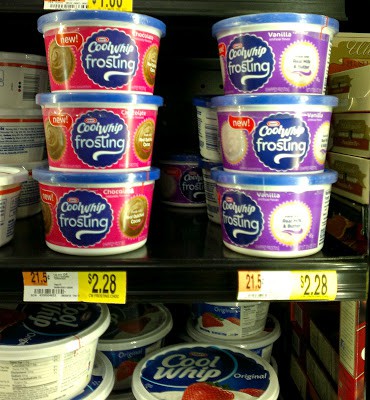 I found the Cool Whip Frosting in the freezer section. You can see more of my shopping trip in my Google+ Album. 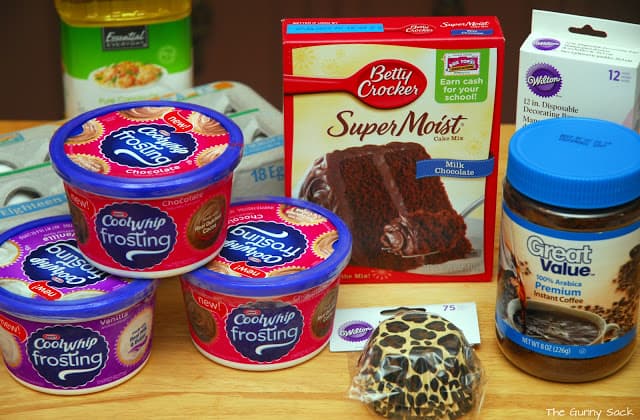 To make the cupcakes, I used a milk chocolate cake mix, 3 eggs and 1/3 cup of oil.  I used 1 1/3 cups of coffee in place of the water the recipe on the box calls for. I also used leopard print cupcake liners, a disposable decorator bag and 1 1/2 tubs of chocolate Cool Whip Frosting. 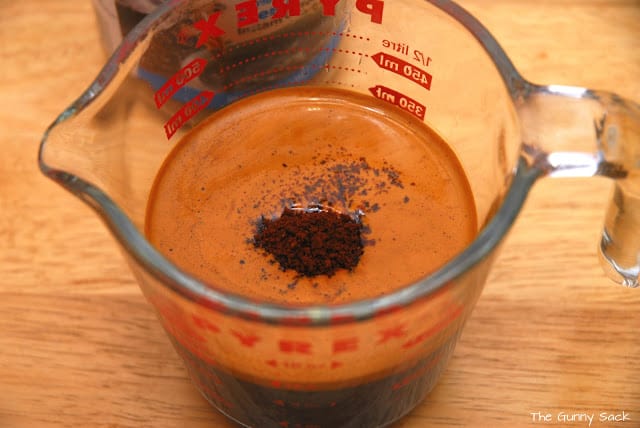 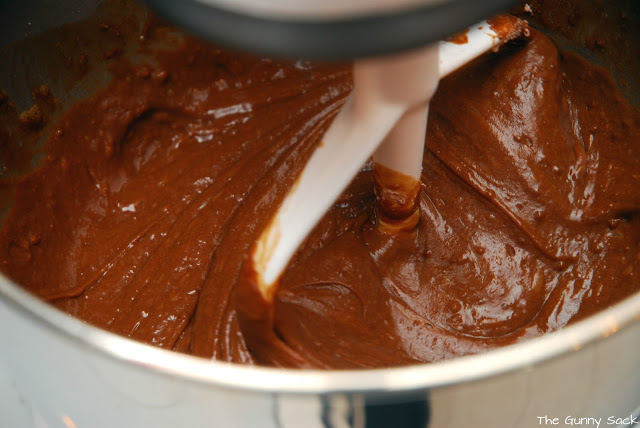 I mixed up the eggs, coffee, oil and cake mix according to the directions on the box. The smell coming from the mixture of coffee and chocolate was amazing!

Once the cupcakes had baked and cooled, I added thawed chocolate Cool Whip Frosting to a snipped 12 inch decorator bag. 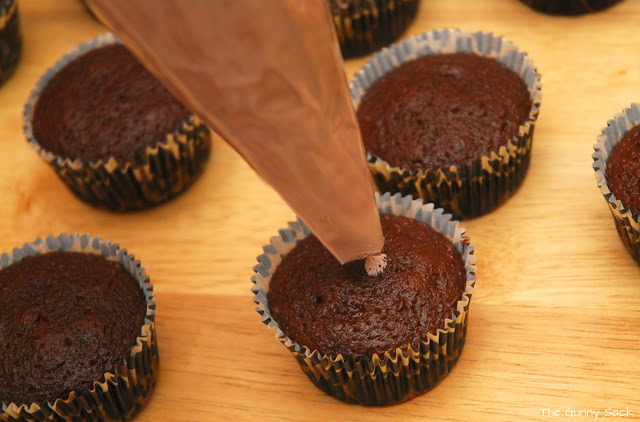 I wanted the frosting to have a smooth look to it and I don’t have a decorator tip that is larger enough so I just used a snipped bag without a tip. To achieve the smooth look, I held the bag at a 90 degree angle, just above the cupcakes. (You are right, the picture does not show the bag at a 90 degree angle but when you are using one hand to hold the bag and the other hand to snap a photo, things tend to get a little out of whack!) While keeping the bag in the same position, I squeezed out the frosting. As the frosting hit the cupcake, the pressure of more frosting coming after it forced it to spread out toward the edges. When I had enough frosting, I quickly lifted the bag away. This was my first time using this method so they aren’t perfect but I really like the look and will definitely use it again. Vanessa thinks the frosting on the cupcakes looks like chocolate meringue cookies. 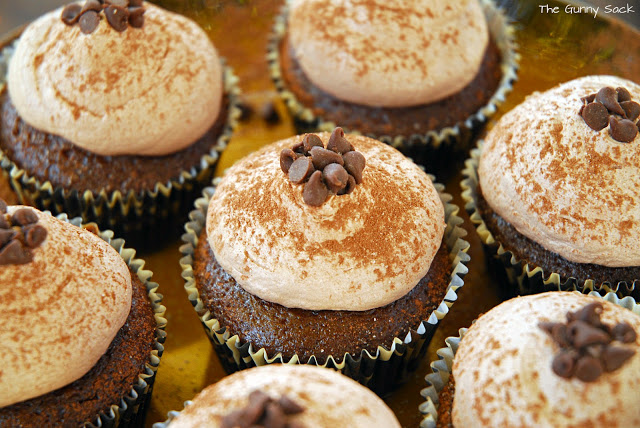 After adding the frosting I sprinkled the tops with hot cocoa mix. I thought about using cocoa powder but wasn’t sure if my kids would like the flavor. The hot cocoa mix gave me the look I was going for without the bitter taste. Then, I added a few mini chocolate chips for sprinkles. 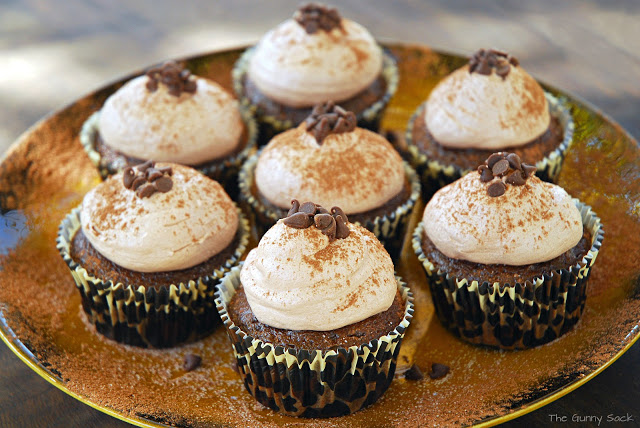 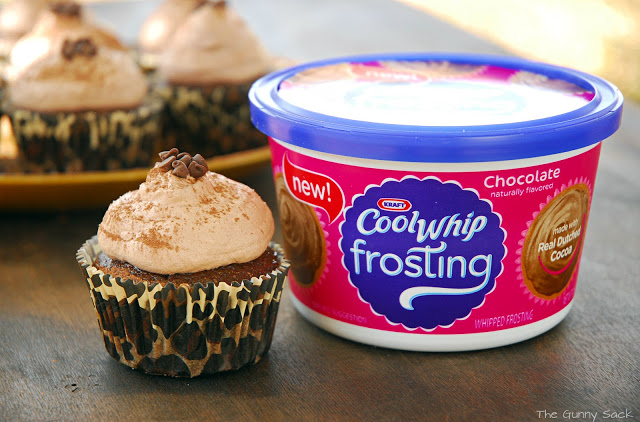 I am so delighted with this new Cool Whip Frosting! It was easy to pipe on and it tastes delicious. I can’t wait to try out the other flavors. It also held up really well which is good to know. These cupcakes had to sit out to be photographed and were transported here and there. All the while, the frosting kept it’s shape. 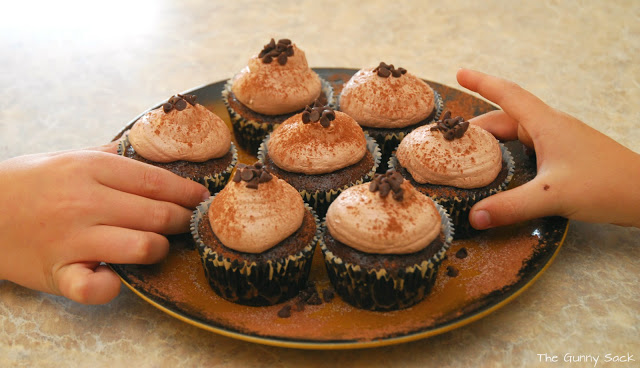 So, what did my family think? These cupcakes were a huge hit and I had the opportunity to share. First, Christine tried a cupcake before leaving for work. After school, I picked up Zack and my nephew so they each got a cupcake. Then, we stopped by my mom’s house and she had two additional nephews at her house so all three of them got a cupcake. Next, Vanessa arrived at grandma’s house so she had a cupcake. Once we left grandma’s, we stopped back home to pick up some more cupcakes which we sent home with my nephew for my sister and two of my nieces. Finally, later in the evening we stopped by our friends house to visit for a couple of hours and we brought them cupcakes! Everyone agreed that the Milk Chocolate Mocha Cupcakes were delicious!

I am a member of the Collective Bias™ Social Fabric® Community. This content has been compensated as part of a social shopper insights study for Collective Bias™ and Kraft Cool Whip. #CoolWhipFrosting #CBias #SocialFabric