Orange Creamsicle Doughnuts are an easy to make, baked donut with a classic summer flavor. They are topped with a scoop of orange creamsicle buttercream and a paper straw. 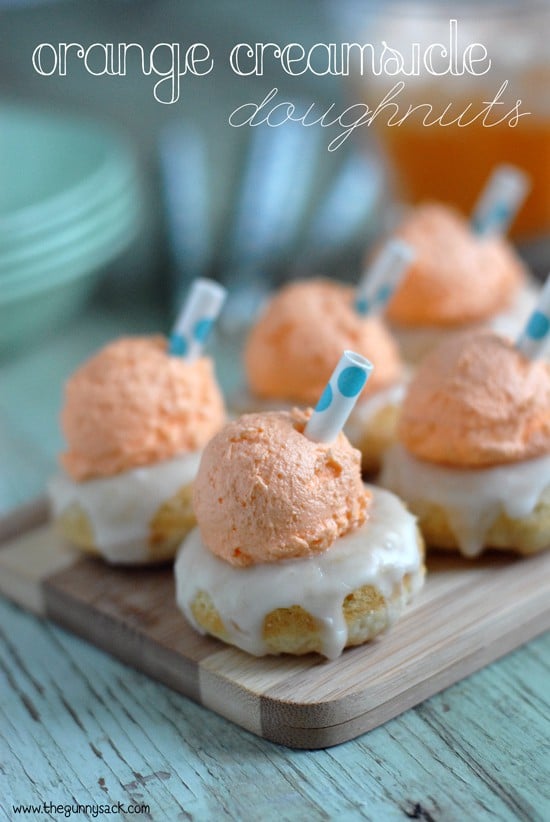 Today is National Doughnut Day, so of course we had to eat doughnuts! We met some friends a park and I bought doughnuts to share. I wanted to make a doughnut with a summer flavor and decided on Orange Creamsicle Doughnuts. My original plan was to fry refrigerated biscuit dough to make the doughnuts. But the package of dough rolled out of the grocery bag, out of the back of my SUV and the aluminum edge of the tube dropped onto the top of my sandal clad foot where it left a bruise before bouncing off only to hit the pavement and explode. 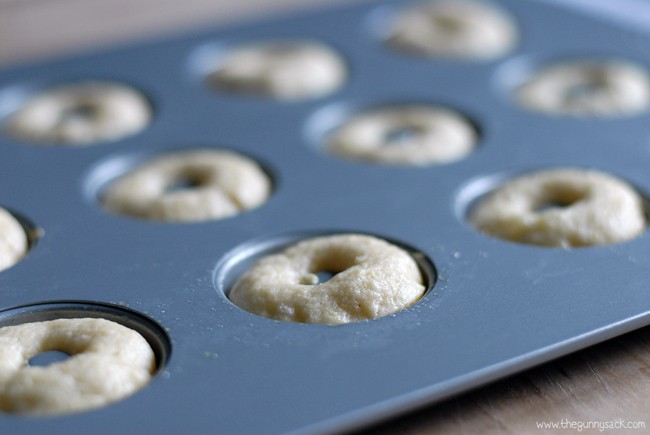 So, rather than going back to buy more dough, I changed my game plan and made baked mini doughnuts instead. Sift together flour, sugar, baking powder and salt. Mix in melted butter, buttermilk, egg and vanilla until just combined. Do not overmix. Put batter into greased mini doughnut pan. I piped it into the pan using a pastry bag. Bake at 350 degrees for 6-8 minutes. Do not overbake the doughnuts or they will be too dry! 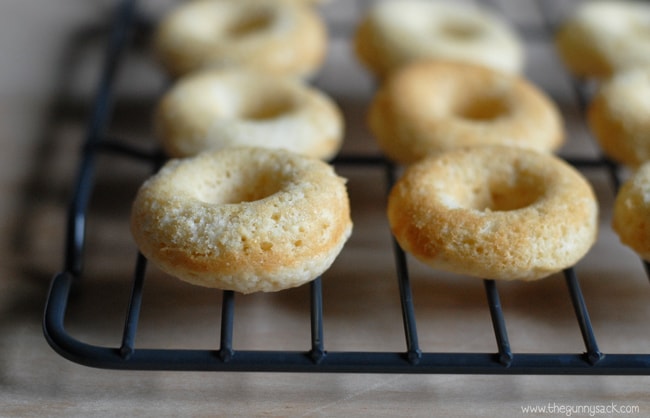 Move them to a cooling rack. Then, continue filling the pan and baking doughnuts until the batter is gone. 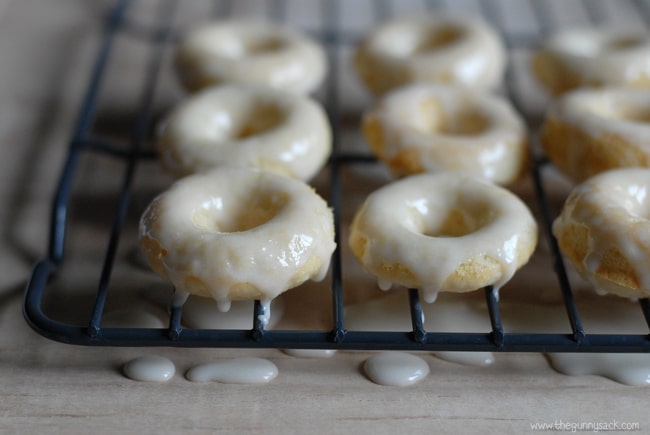 Top the doughnuts with a glaze. Mix together powdered sugar, 3 tablespoons of half-n-half and vanilla. Add additional half-n-half, if needed. If you want a stronger orange flavor, add some orange extract to the glaze, as well. 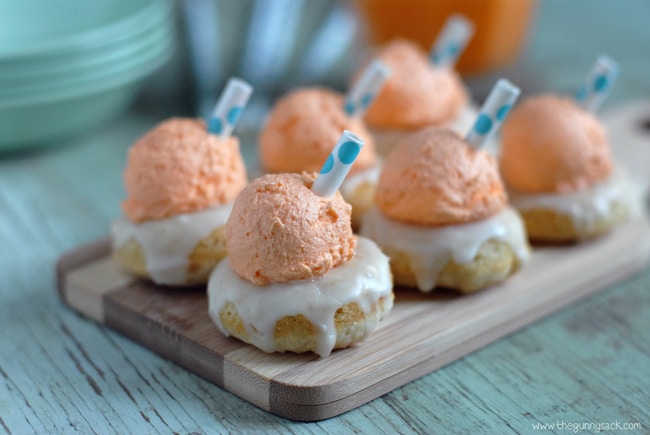 Put a scoop of orange creamsicle buttercream on each doughnut. I used a small cookie dough scoop to make it look more like ice cream. Finally, I inserted a small segment of a colorful paper straw to each scoop of frosting.