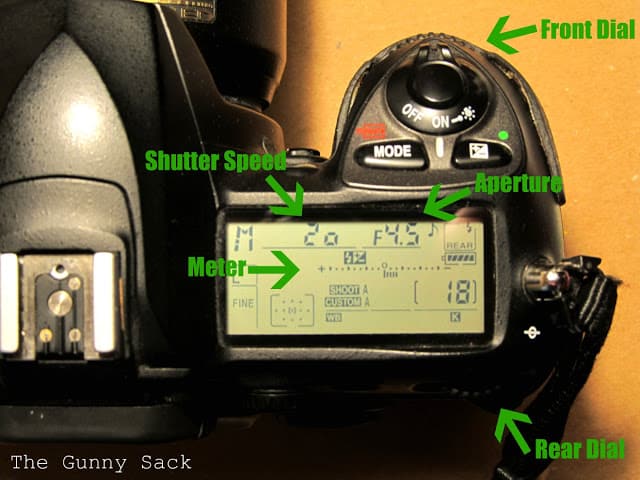 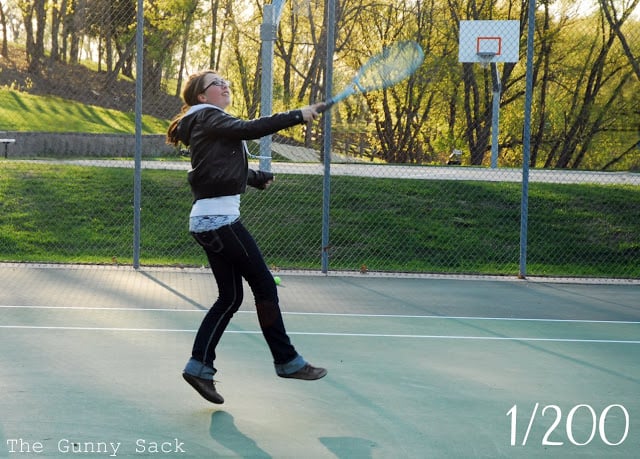 A fast shutter speed can be used to stop action.  You can get a picture of your child jumping in the air.  The shutter speed was set at 1/200 meaning the shutter was open for one two hundredth of a second or .005. 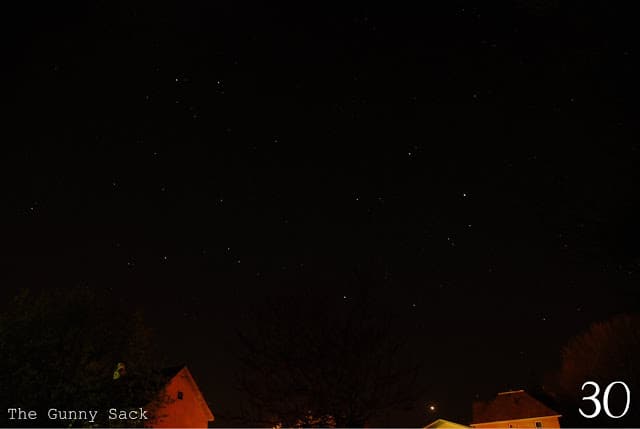 If I am trying to take picture at night, I will use a very slow shutter speed to let as much light in as possible.  But to do this I need my tripod because the camera needs to be still the entire time the shutter is open.  When I took this picture, the shutter speed was set at 30 meaning the shutter was open for 30 seconds!

Have you seen the pictures of flowing water where the water is white and has a cotton candy look?  That is achieved with a slow shutter speed and a tripod.  This picture isn’t the best example of that effect but it gives you an idea of what I am talking about.  I did not have my tripod with me when I took this photo so I my camera on my camera bag which was on a rock.  My husband has taken some really awesome water pictures but I haven’t messed around with this one much yet.  The shutter speed was 1/10 meaning the shutter was open for one tenth of a second or .1.

When you adjust the shutter speed you have to adjust the aperture at the same time and vice versa.  That is where using your meter to help you take pictures comes in. It is how I always take photos in manual mode.  And that is what I am going to talk about next week but I had to explain aperture and shutter speed first so that it will make sense.  Hopefully, it will be an ahh-ha moment for you so make sure you come back to check it out!