Slow Cooker Cheesy Potato Casserole is the ultimate comfort food and the best side dish for holiday parties and potlucks. Topped with French fried onions for more flavor! 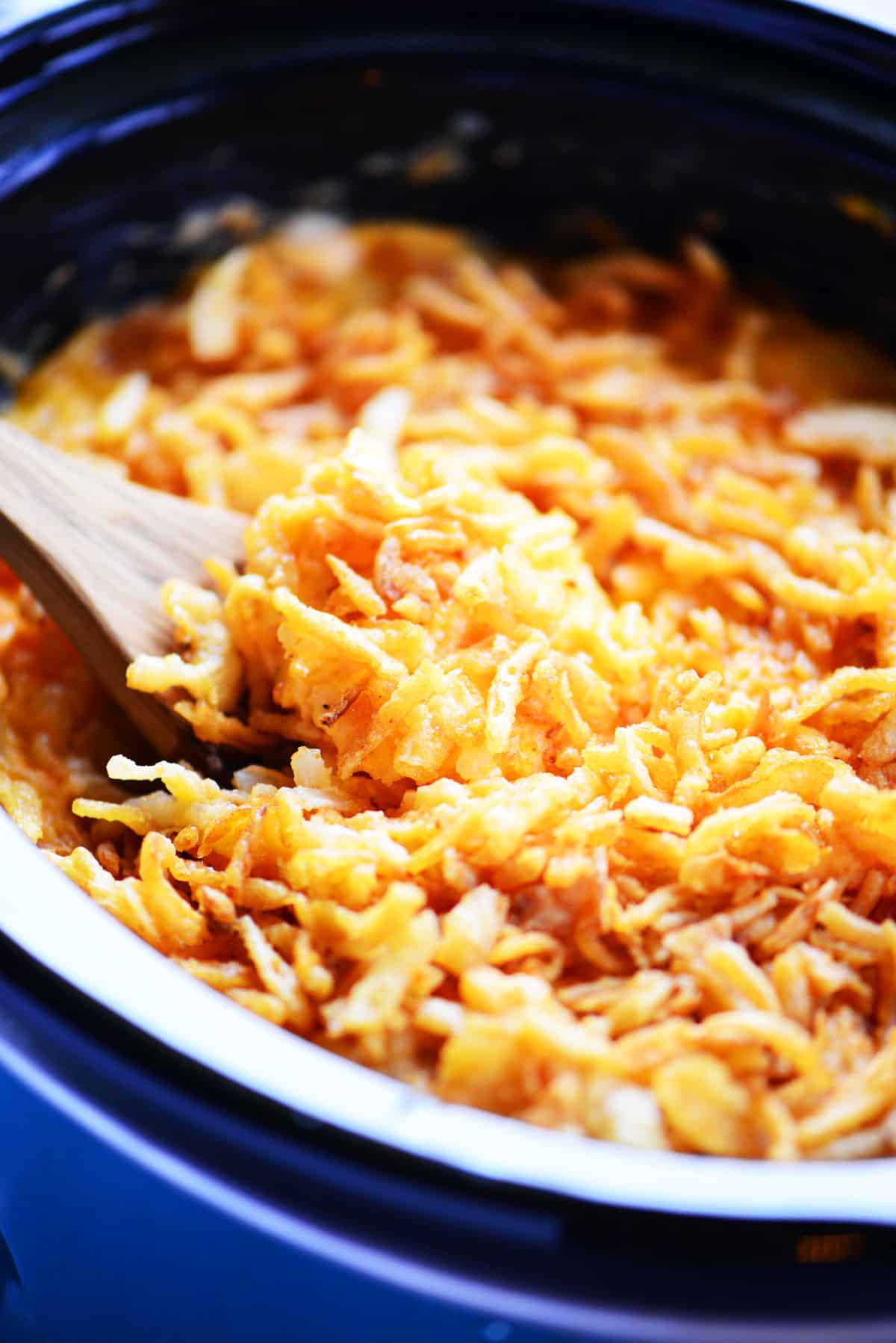 Who can resist a good old potluck? It’s so much fun to fill up a plate with little bits and bites of the most delicious foods. Cheesy potato casserole is a potluck and holiday party staple.

One of the difficulties of large family gatherings, holiday parties, and potlucks is keeping the food hot especially is the celebrations are being held at work in the break room or in a rented party room.

I’ve found that using crockpots is the easiest way to keep food hot. So I decided to turn this traditional recipe into a slow cooker recipe. 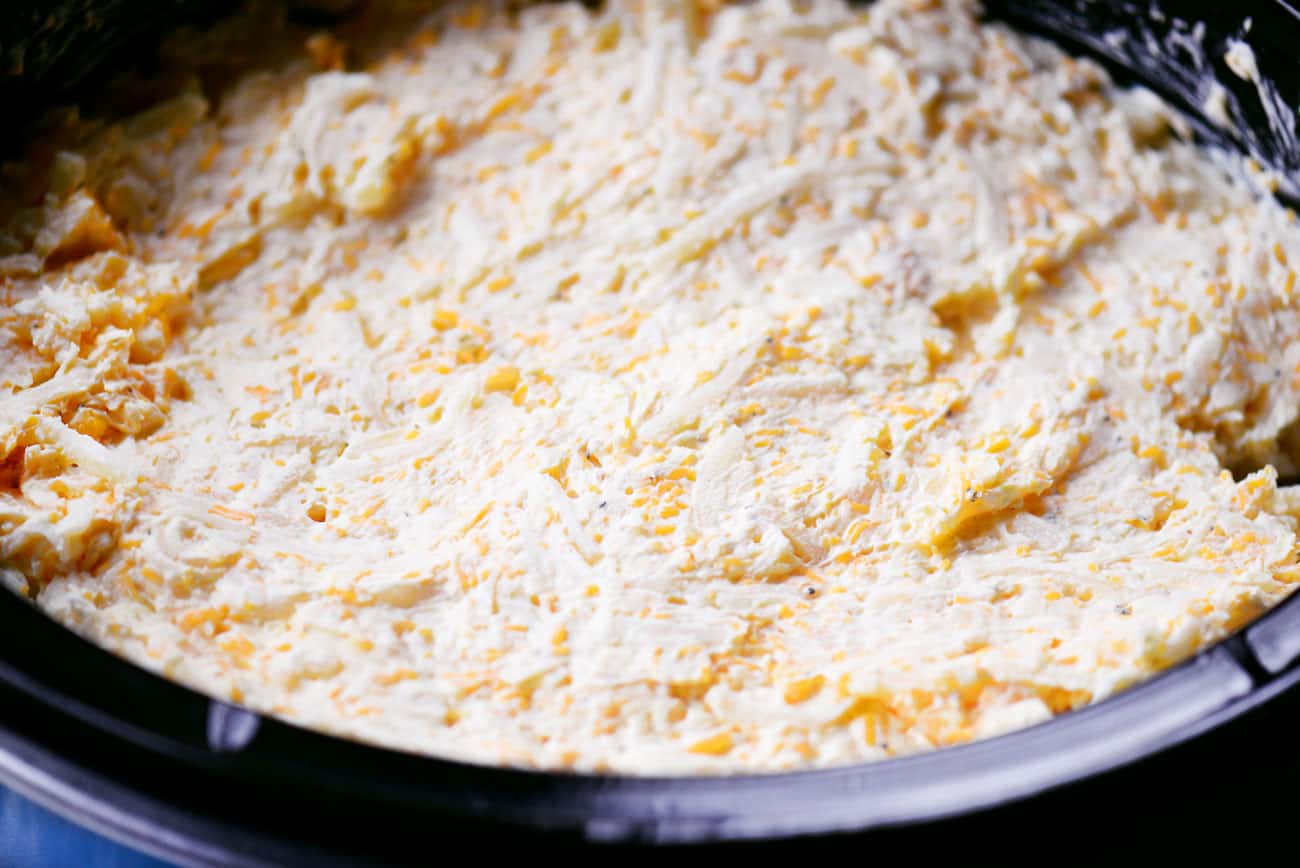 Add the shredded hash browns and mix until coated with the cheese mixture. Cover and cook on high for 3 1/2 hours. 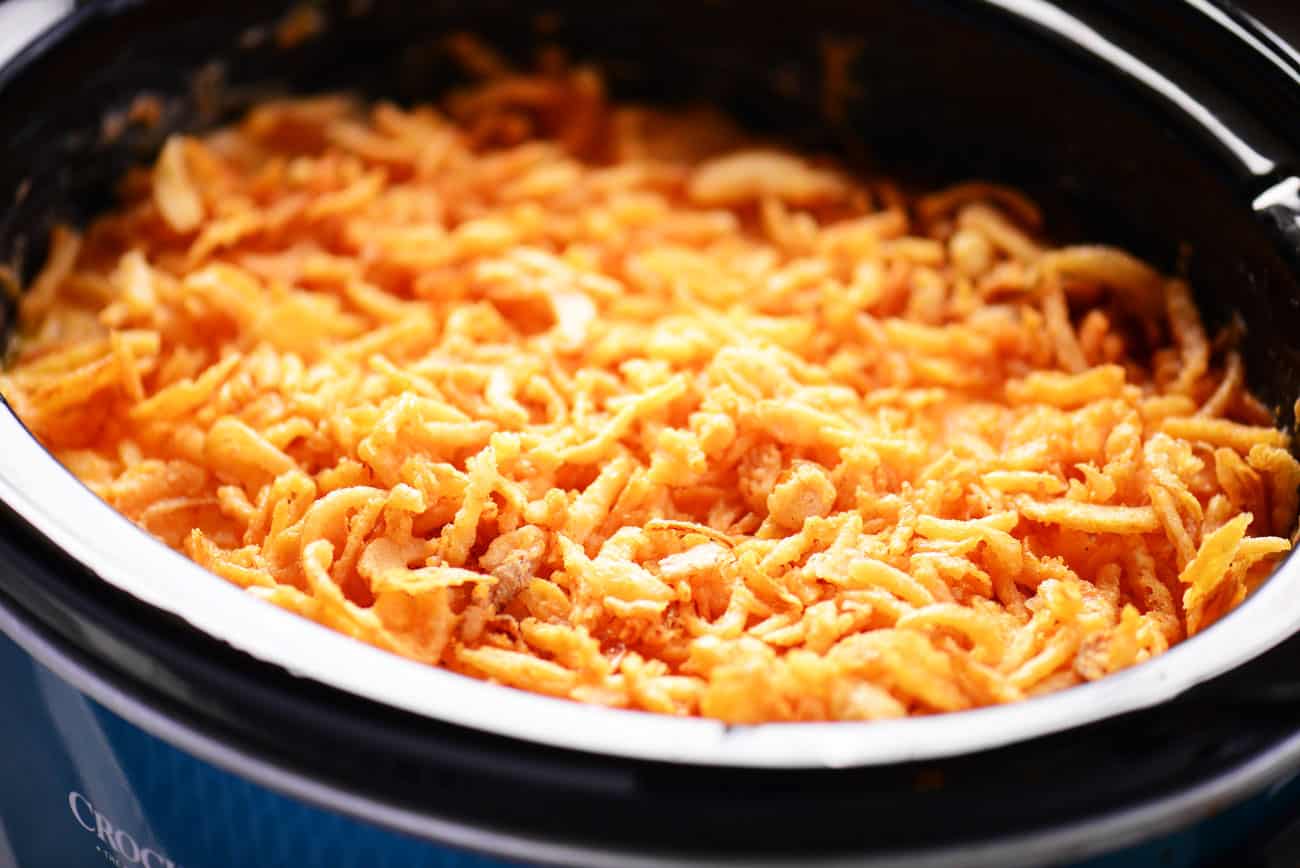 Remove the lid and stir the cheesy potatoes. Top with French fried onions. 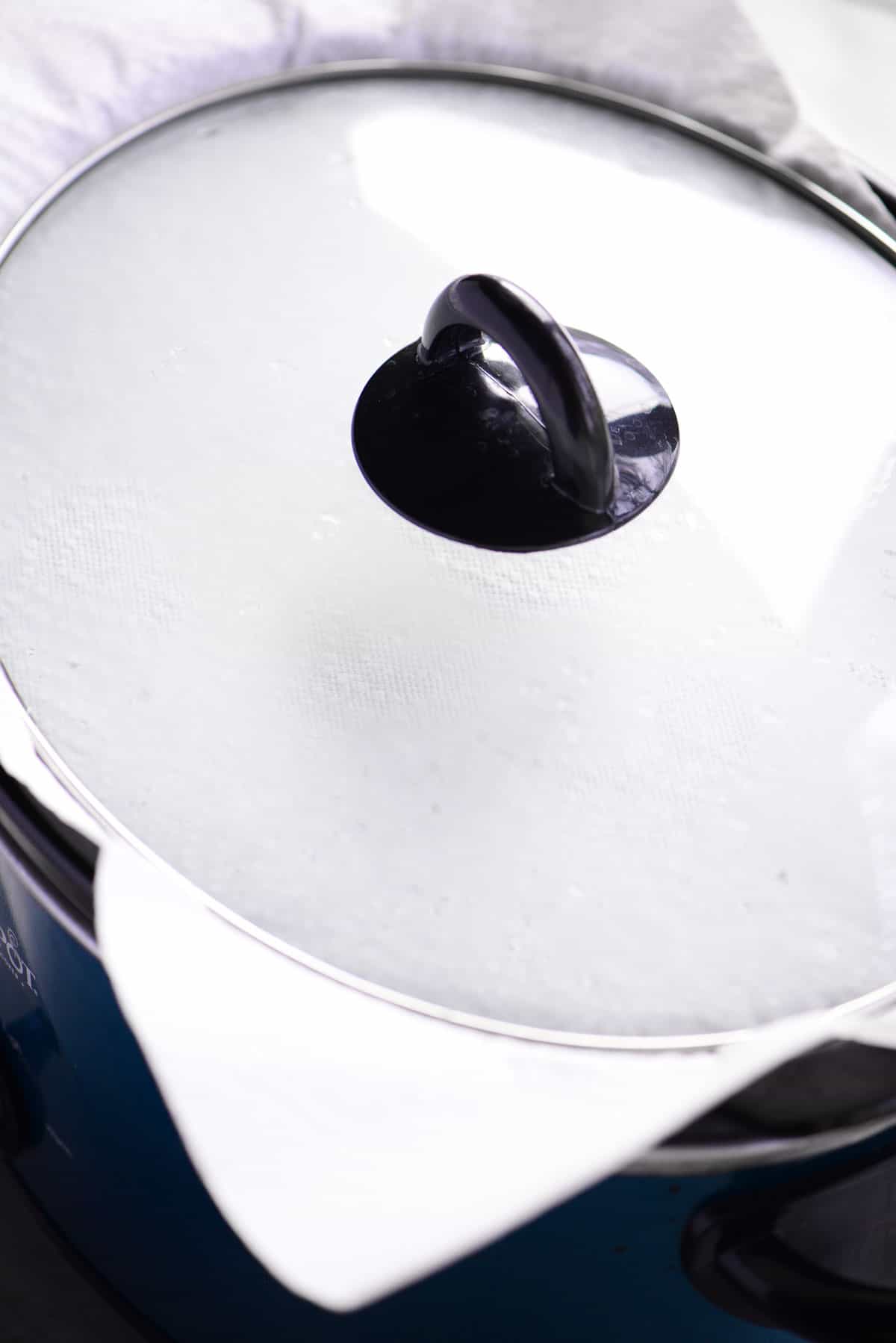 Drape paper towels over the top of the slow cooker and replace the cover. Cook on high for an additional 30 minutes.

This Slow Cooker Cheesy Potato Casserole is the ultimate comfort food and is mandatory at every potluck and holiday celebration! 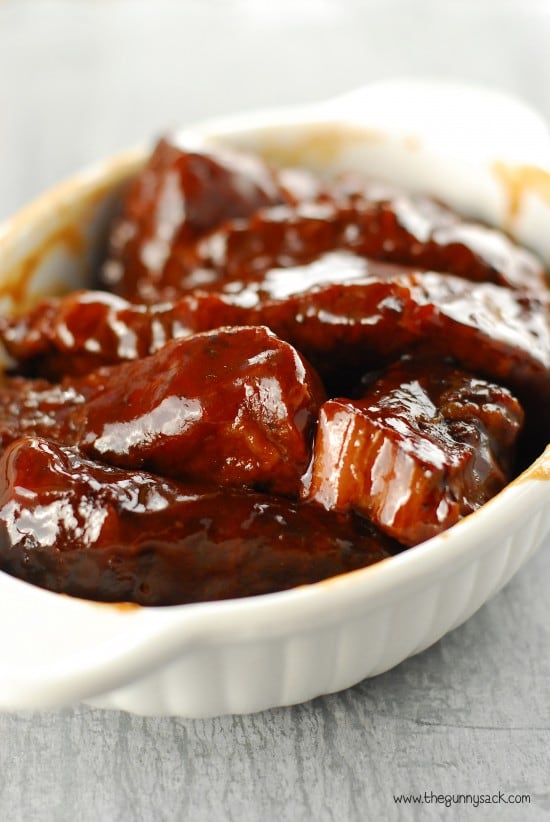