This shop has been compensated as part of a social shopper insight study for Collective Bias. #CBias All pictures, opinions and ideas are my own! 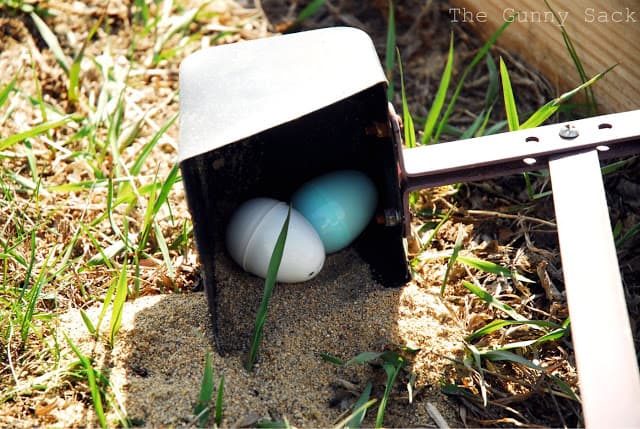 During my kid’s spring break, we went to visit one of my best friends who lives in South Dakota.  It had been way to long since we had made the drive to her house.  We traveled with another one of my best friends and her kids.  We had a wonderful time relaxing, catching up, sitting in the sun and laughing like crazy!  It was the perfect opportunity to have an egg hunt for the kids! 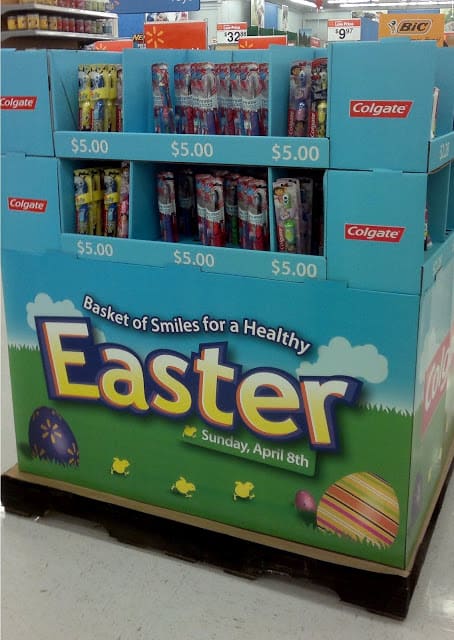 The night before we left, I stopped by Walmart to pick up a bunch of egg hunt supplies.  Kids typically get a ton of candy from egg hunts so I added some Colgate Nickelodeon Spongebob Squarepants toothbrushes.  Most kids love getting new toothbrushes and what a great way for them to clean all that sugar off their teeth!  You can see pictures of my shopping trip in my Google+ Album. 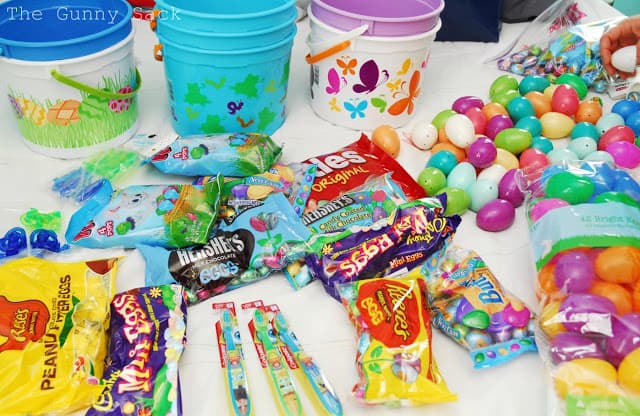 While the younger kids were gone picking up the preschooler from school, we took out all of the goodies!  There were 4 older kids and 4 younger kids participating in the hunt. 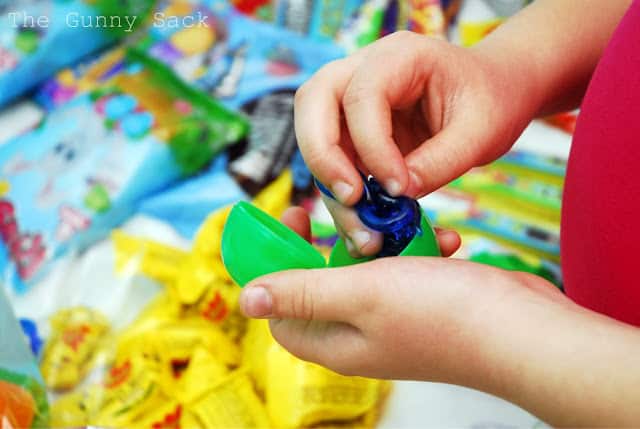 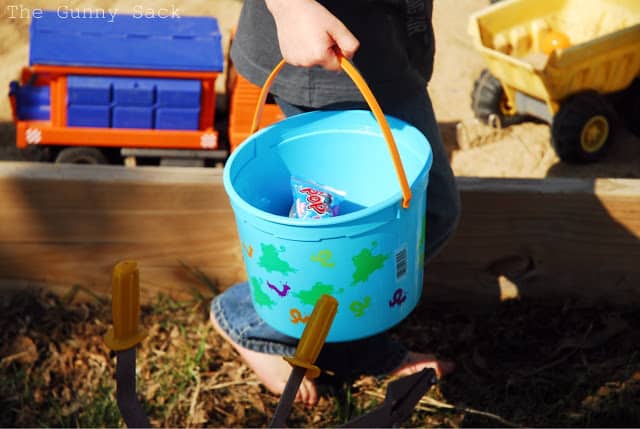 Then, the hunt began!  Everyone was soooo excited!  The weather was beautiful and the sun was shining…just look at those cute little bare feet! 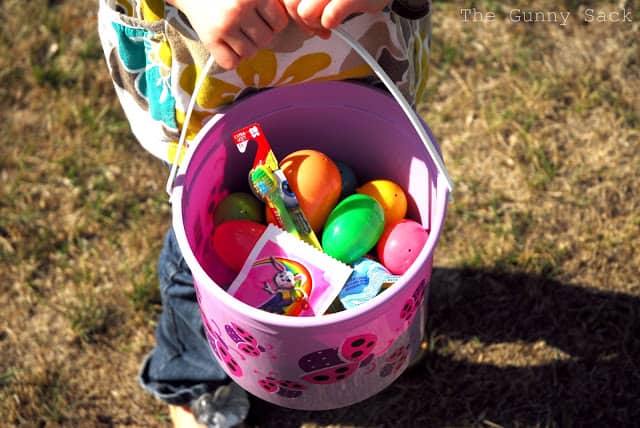 I didn’t realize we were going to have a little girl over for the egg hunt or I would’ve purchased her a Dora the Explorer toothbrush.  But she did care one bit that her toothbrush was Spongebob Squarepants. 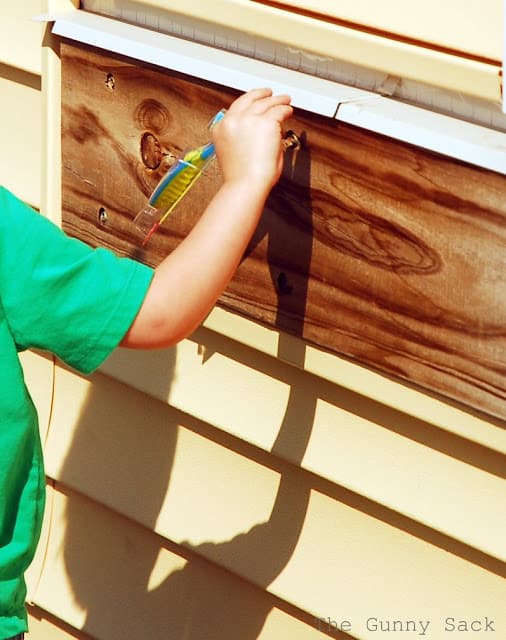 This little guy found his toothbrush! 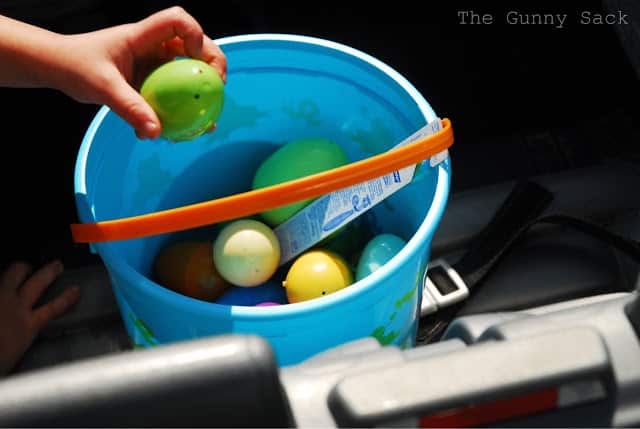 All the kids were delighted with the treats they found!

Zack and Vanessa had a much harder time finding their treat buckets! 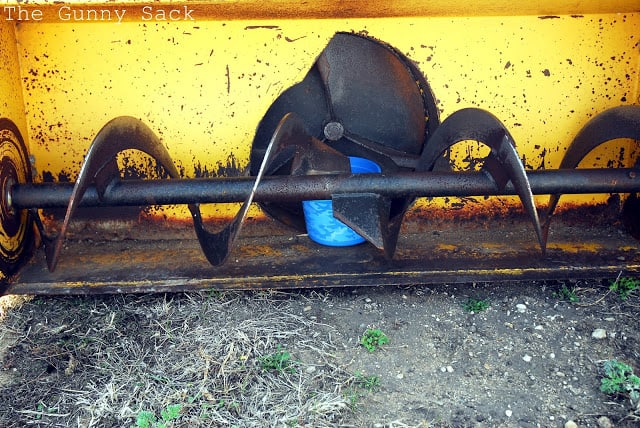 Zack’s was hidden in this plow. 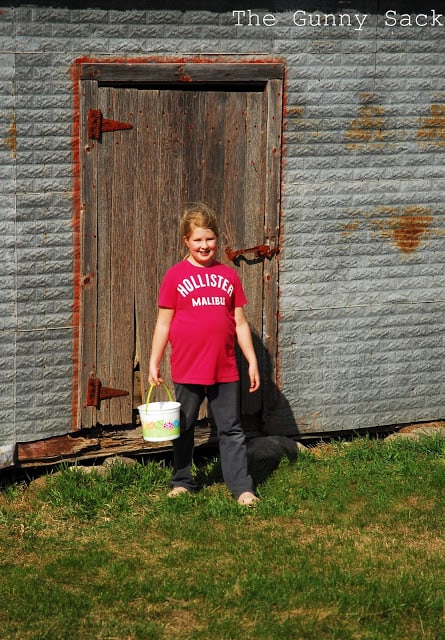 Vanessa was excited when she finally found her treats!  Plus, another friend has just shown up with her new dog and what could be more exciting than that?

When everyone was done searching, they immediately started eating!  They opened all of the eggs and dumped the candy in their buckets.  It wasn’t long before the toothbrushes were open too!  We had so much fun that we ended up staying an extra night and when we left my friend’s 5 year old made sure to let us know that we were to call him if we decide to do another egg hunt!

This shop has been compensated as part of a social shopper insight study for Collective Bias. #CBias All pictures, opinions and ideas are my own!