With the summer solstice happening last weekend, it’s officially summer and the days are officially getting shorter, but we aren’t going to think about that. Instead, I’m going to think about how we still have over two months of glorious summer ahead of us! More parks, more beach days, more picnics and more delicious grilled food. 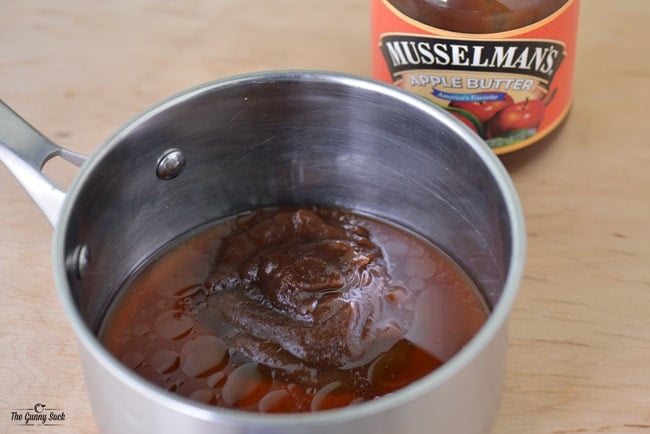 Start by making the sweet and spicy pineapple grilling sauce. In a small saucepan, mix together pineapple juice, Musselman’s Apple Butter, sriracha sauce, olive oil and soy sauce. Bring the mixture to a boil over medium-high heat. Once it starts to boil, turn the heat down and simmer for 4-6 minutes. Remove from heat and set aside.

A couple of quick notes about the grilling sauce: 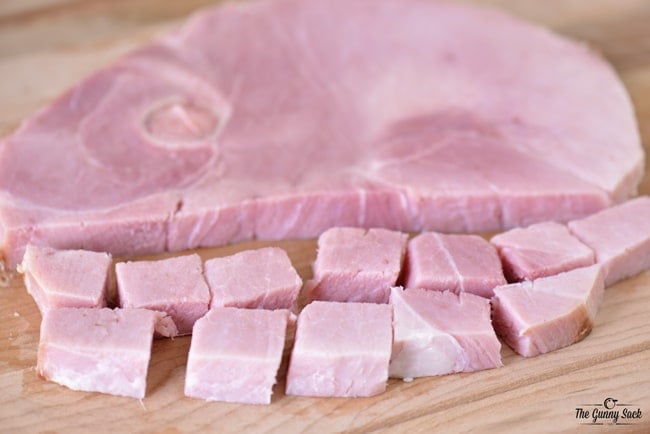 Cut a ham steak into large cubes. A ham steak is a thick, center slice of smoked ham. It is fully cooked and ready-to-eat. 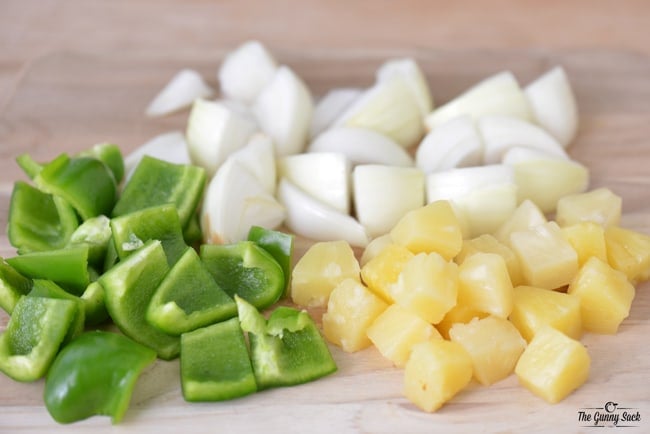 Cut the onion and green peppers into large chunks. 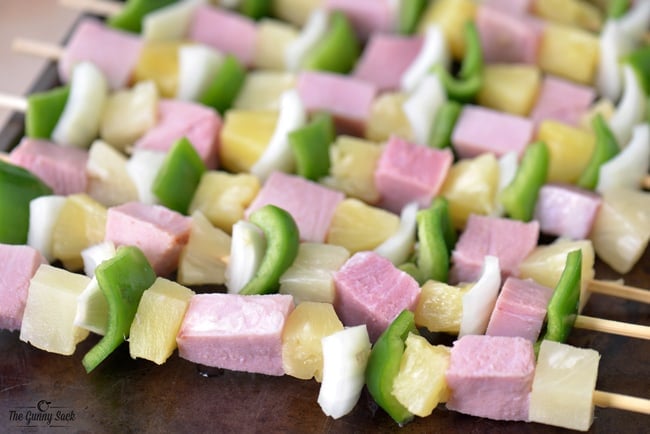 Thread the ham, pineapple, green peppers and onions onto skewers. 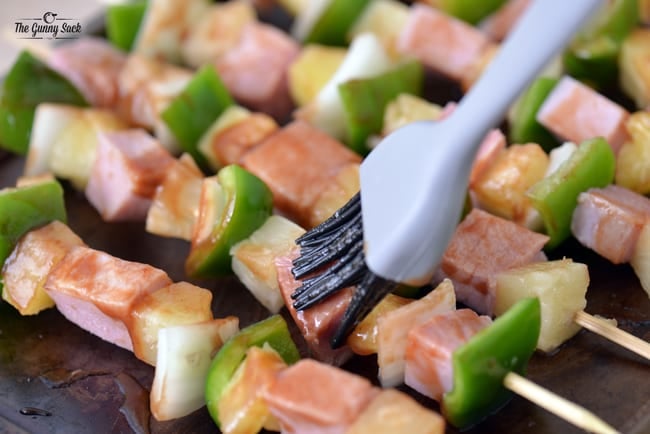 Brush the kabobs with the grilling sauce. 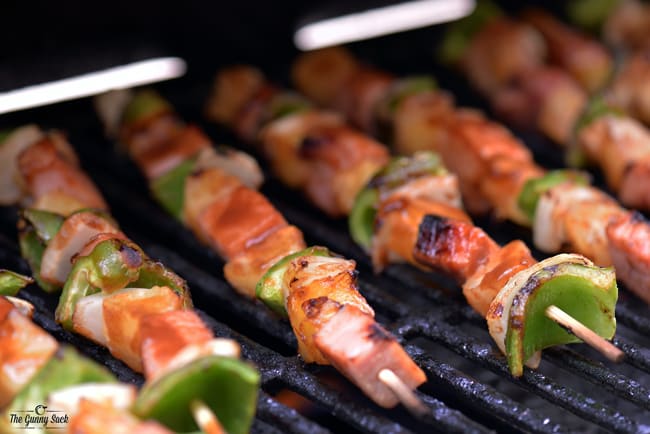 Lightly grease the grates and grill the kabobs over medium heat, for 10-12 minutes, turning often. Brush occasionally with more grilling sauce while cooking. 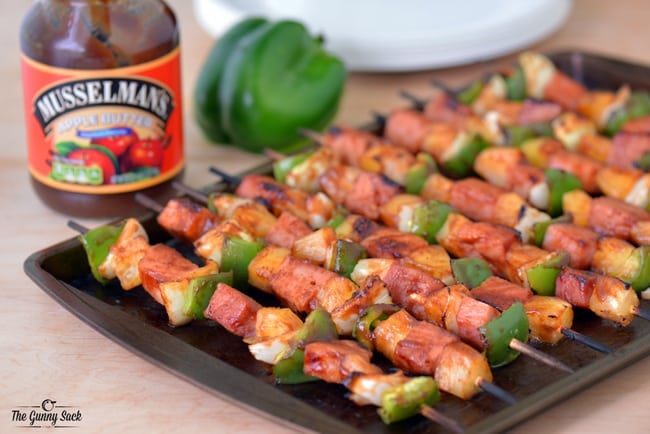 Remove the kabobs from the grill and brush them with the sauce a final time before serving. 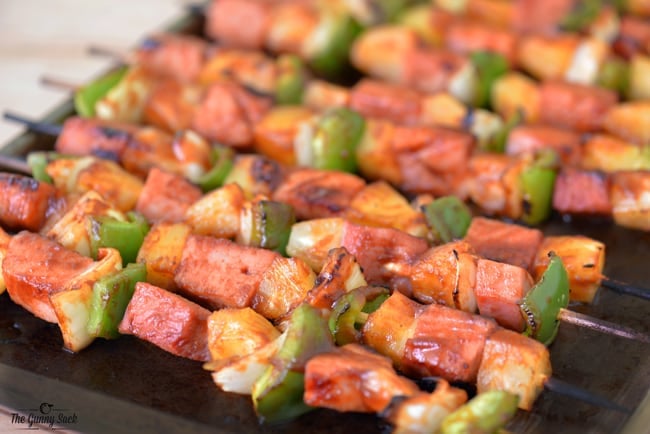 Musselman’s Apple Butter is made with American-grown apples and has a great, unique taste. I love using it in desserts, as well as savory dishes. These delicious Sweet and Spicy Hawaiian Grilled Kabobs are so easy to make and so full of flavor! They can be eaten alone and served with a summer salad or enjoyed over rice or pasta.

Disclosure: I made this Apple Creme Brulee Recipe as part of a sponsored post for Musselman’s Apple Butter.