“I participated in a campaign on behalf of Mom Central Consulting (#MC) for Scratch Wireless.
I received a product sample to facilitate my review. 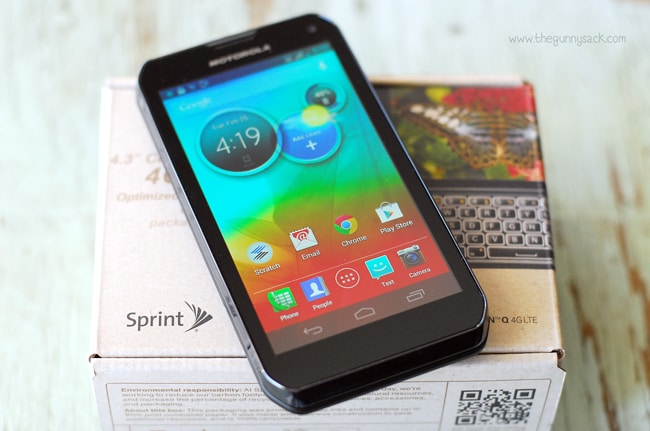 It’s official…we now have two teenagers in our house. Vanessa has moved from the tween age group into the teen age group. There were only 2 gifts on her wish list: a cell phone and a puppy. The puppy isn’t possible even if our family wanted to get one because we rent our home and our lease says that we can’t have any animals. Wish number two is also a hard one. We are very conservative when it comes to electronics and feel that kids should not have unlimited, unrestricted and unsupervised access to electronics. Don’t get me wrong, they are very much a part of our world. We have desktop computers, laptops, gaming systems and tablets, but we also have family rules that pertain to the use of all of these items. So, when it comes to cell phones, the same things apply. While I think that it is important for kids to be able to get in touch with their parents when they need rides and to have it in cases of emergency, cell phone use needs to be limited.

We planned to wait until Vanessa was a little older to get her a cell phone. But there have been many situations that have arisen lately where she needed a cell phone. For example, many of the families she babysits for only have cell phones. When she goes babysitting, either one of us has to send our cell phone with her, one of the parents has to leave a phone at home or she has to be without a phone. So, we decided to compromise by getting a family cell phone that Vanessa can use, without going as far as saying it is her phone and see how it goes. But we didn’t want to have a contract for this additional cell phone and we didn’t want it to be expensive. We found the perfect solution with Scratch Wireless. 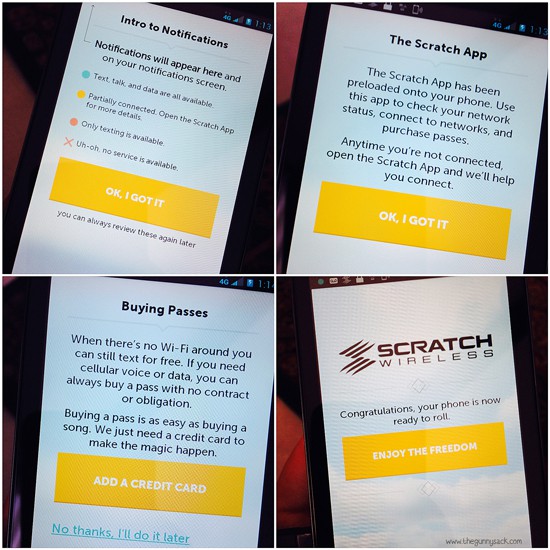 Scratch Wireless, a new wireless company, offers free texting at all times, as well as free calling and data when connected to Wi-Fi when you purchase a Motorola Photon Q 4G LTE smartphone from them. Plus, when Wi-Fi is not available, texting is still free and calls and data are available for $15/month or $1.99/day.

The phone was incredibly easy to set up and activate. I plugged the phone in, turned it on and followed the prompts on the screen. The entire process took me less than 10 minutes. Vanessa knew that the phone was on its way and was counting down the days until its arrival. When she got home from school, she immediately immersed herself in learning everything she could about the phone by playing with it. Her favorite feature so far is the filters on the 8 megapixel camera. Her and Zack have had fun using the video camera to take videos of each other doing yo-yo tricks. Also, she brought the phone when we went to the mall so we could find each other when we separated and she brought the cell phone with her when she went babysitting on Friday night.

So far, we are very happy with the Photon Q 4G LTE and with Scratch Wireless.  When looking for a smartphone that Vanessa could use, cost was the most important thing. Other considerations were phone features, not having a contract and the network. The low pricing with Scratch Wireless and the free service we receive while connected to Wi-Fi makes me consider whether we should all switch to Scratch Wireless when we are done with our current contract or at least switch Christine over. We have wireless internet at home and most of the stores and restaurants we visit have free Wi-Fi so using our phones would be free during those times so why pay for it if we don’t have to? We will continue trying out the Scratch Wireless phone over the next few weeks and I will give you an update soon.

At what age did you/will you get your kids a cell phone and what kinds of rules do you have regarding the phone?