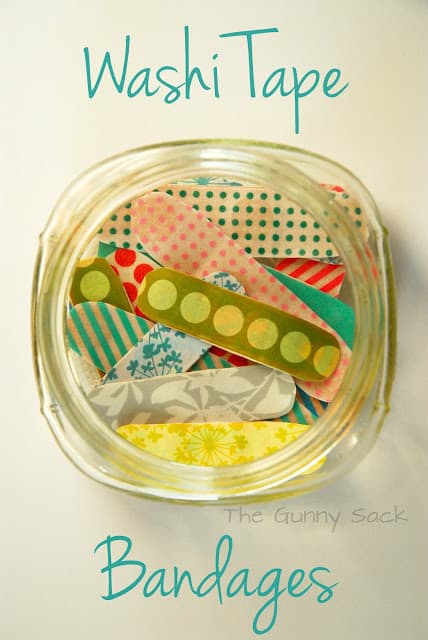 For this month’s Pinspired & Rewired contest, I chose to make Washi Tape Bandages!
These DIY fabric plasters from Twigg Studios were my Pinspiration!
The rewired part was that instead of using fabric, I used washi tape! 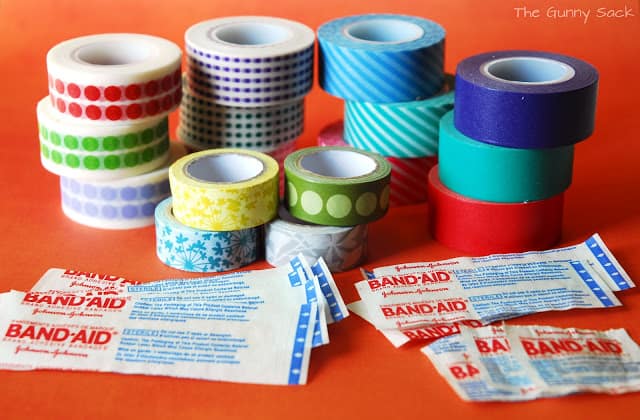 I have several rolls of washi tape and I am always on the lookout for more…this could become a problem!  I gathered the washi tape and various sized Band-Aids. 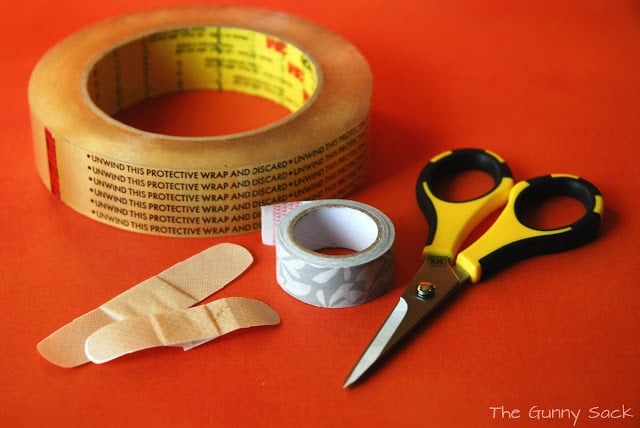 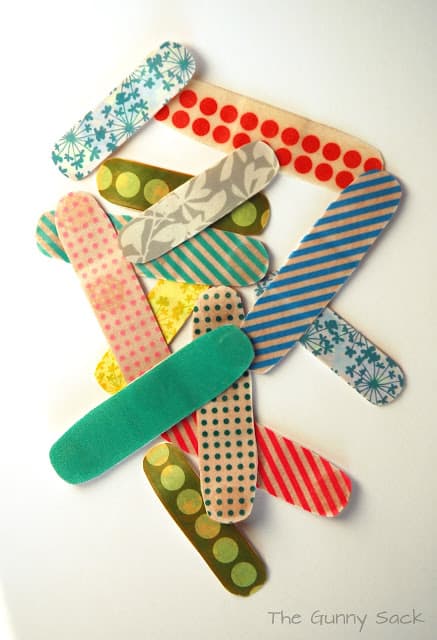 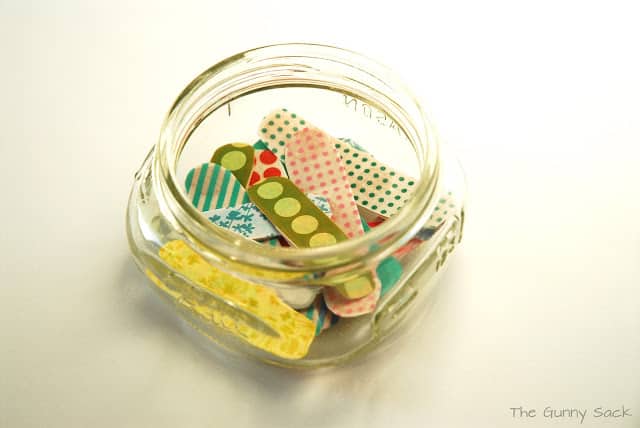 They look so cute in this jar!  Another fun idea for washi tape bandages is to make fake bandaids for kids to play with!  Since the tape isn’t very sticky, it would be the perfect fake bandages!  Just cut the washi tape into bandage sized strips using a real bandaid as a pattern.  If making a bunch of them, use a piece of waxed paper for a backing.