This easy Chicken Tetrazzini Recipe is perfect for family dinners. A delicious creamy sauce covers the juicy chicken, diced red peppers, and spaghetti. This skillet recipe can be made in about 30 minutes! Sponsored by Sargento®. 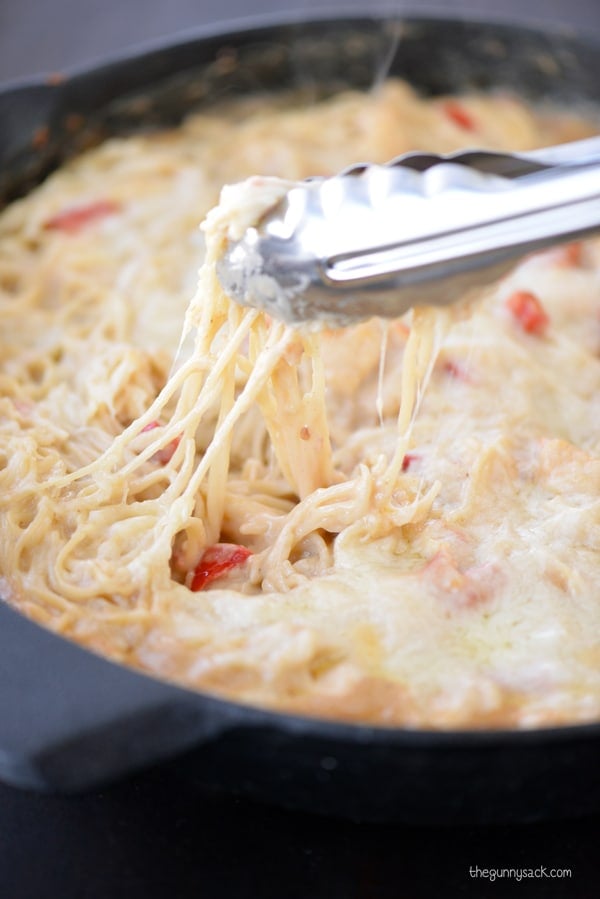 All sorts of recipes came to mind, but I finally settled on a Chicken Tetrazzini recipe because I love making skillet meals. This easy dinner recipe only takes 30 minutes! 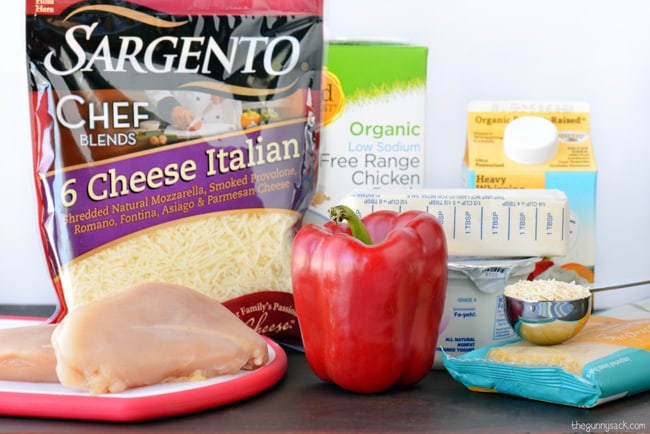 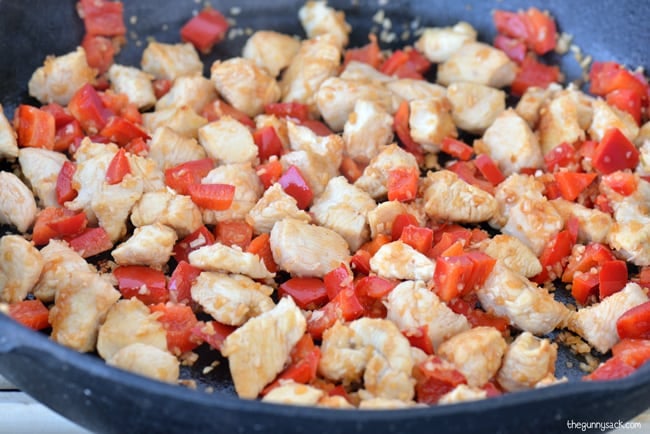 Cook the spaghetti, drain and toss with a tablespoon of olive oil.

While the spaghetti is cooking, heat 1 tablespoon butter in a skillet. (I used a cast iron skillet that I could also put in the oven.)

Add the onion, diced red bell pepper, and cubed chicken breasts and cook for about 4 minutes over medium-high heat, stirring often until the chicken is lightly browned.

Remove from the pan and set aside. 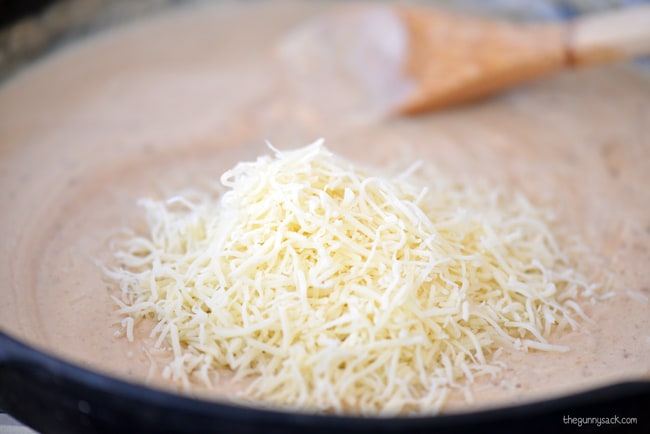 Melt 3 tablespoons of butter in the skillet.

Whisk in flour, salt, and pepper.

Stir in 1 cup of the shredded cheese. 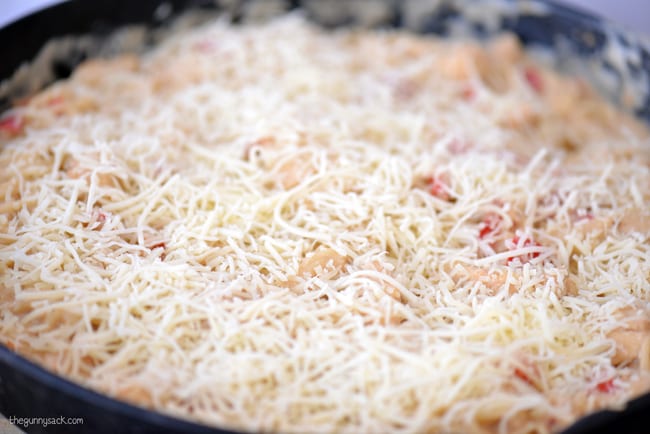 Stir in the spaghetti, chicken, and peppers.

If you are not using an oven-proof skillet, transfer the tetrazzini to a large baking dish or 9×13 inch pan.

Top with 1 cup of shredded cheese. 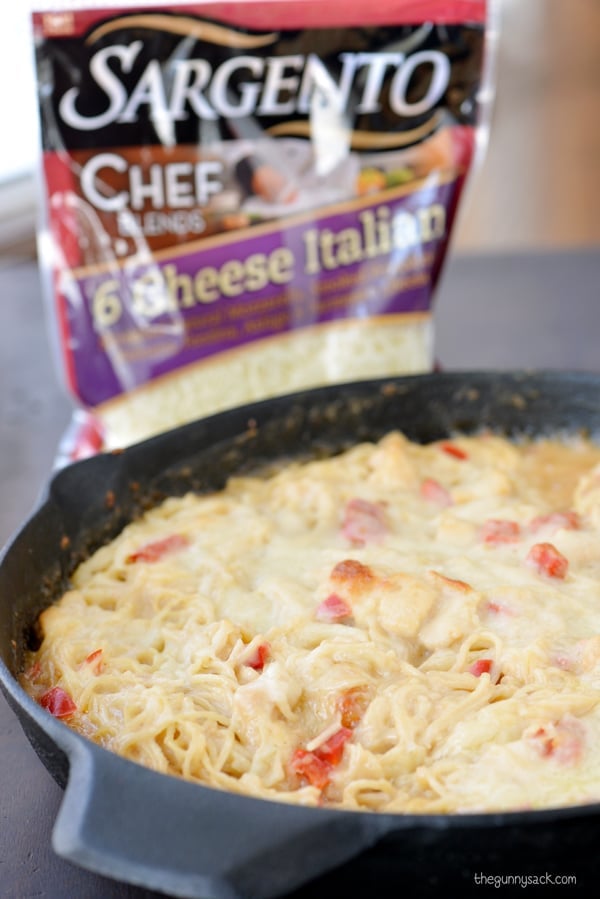 Bake at 400 degrees for about 20 minutes until the cheese is melted and lightly toasted.

This Chicken Tetrazzini recipe was delicious and it only took about 30 minutes to make!

This is a sponsored conversation written by me on behalf of Sargento®. The opinions and text are all mine.
« Chocolate Mint Halfway Bars
Buttermilk Pancake Recipe »