Chocolate Truffle Fudge Bars are melt-in-your-mouth delicious. These triple chocolate bars have a brownie base, a chocolate truffle layer and smooth chocolate frosting on top. 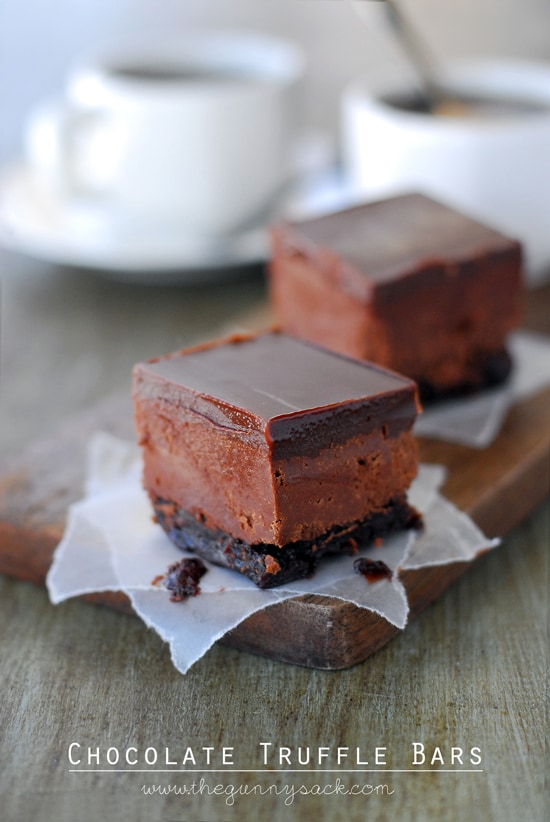 A couple of weeks ago, I made some bars that were going to be served after church on Sunday. I didn’t know what to make, but as a food blogger, it shouldn’t be too difficult, right? Ha! I am not as well stocked as I should be. I looked in my pantry and found a cake mix. On the back was a recipe for Rocky Road Bars and I thought, perfect, I will make these. Then, I realized that I didn’t have enough marshmallows.

So, it was on to plan B, which was bars that are basically three layers of chocolate. I made the bars, wrapped the pan in foil and stuck them in my fridge with the hope that they would suffice. I didn’t make it to church that Sunday because I was home with Zack, who had bronchitis. Brian brought the bars for me and I put them out of my mind. Well…it ended up that they were a huge hit! Everyone was raving about them, asking me what they were and if they could have the recipe.

Here’s the thing, I didn’t have a recipe. It was one of those things that was thrown together, last minute. So, I made them again and this time, I wrote down the recipe. Here is the much anticipated, very delicious, Chocolate Truffle Bars. 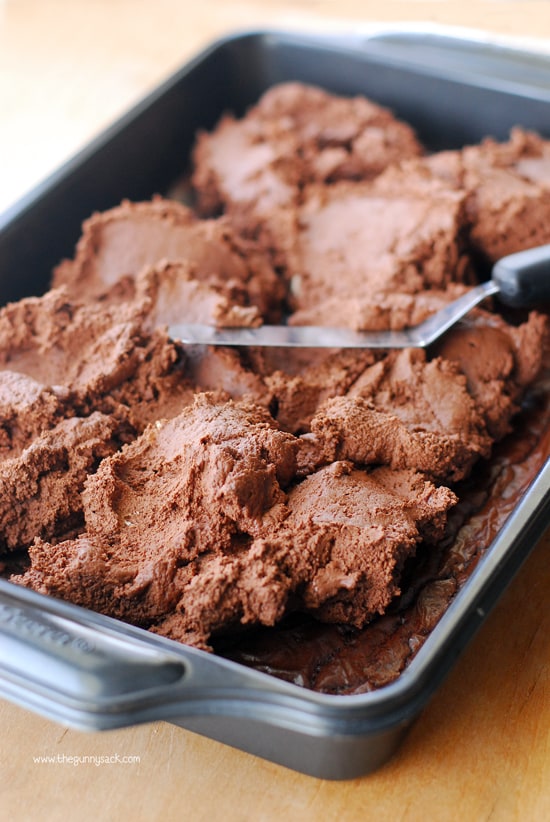 Start by making a thin pan of brownies in a 9×13″ pan. Use whatever recipe you want or make them from a box. Most boxes of brownies are meant to be made in an 8×8″ pan and I made mine in a 9×13″ pan instead so therefore they are thin. I like my brownies to be on the fudgy side, so I undercook them by a couple of minutes. 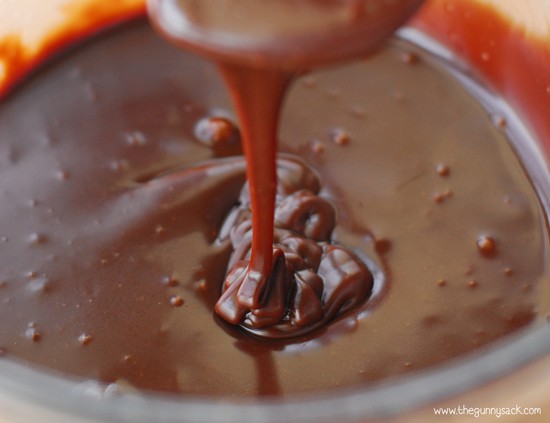 Mix together the chocolate frosting and spread over the truffle layer. I think I stirred mine a little too vigorously because as you can see in this picture, there are small air bubbles in the chocolate. Try to slowly stir the boiling cream and butter mixture into the melted chocolate chips until the mixture is smooth. 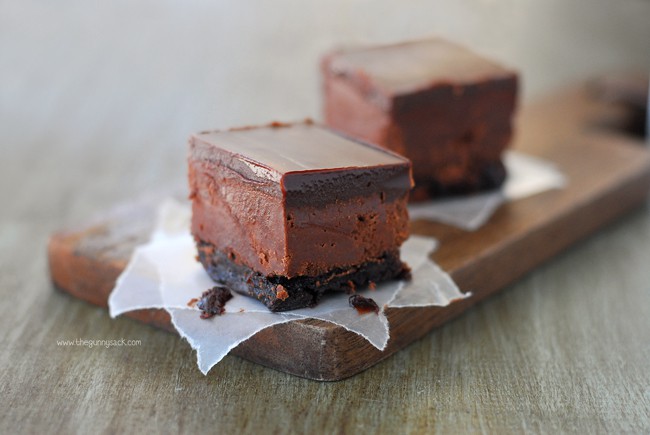 Allow the bars to cool and firm up before cutting. I covered mine and placed the pan in the fridge. To cut the bars, run a knife under hot water, quickly dry it off and use the hot (dry) knife to cut through the bars. It will go through as smoothly as if cutting through butter. I continued rinsing/heating the knife before each cut.

I’m not sure if you can tell from the photo, but my brownies were a little too fudgy so they tended to stick to the bottom of the pan. Delicious, but hard to remove. Next time, I will cook them a tiny bit longer. 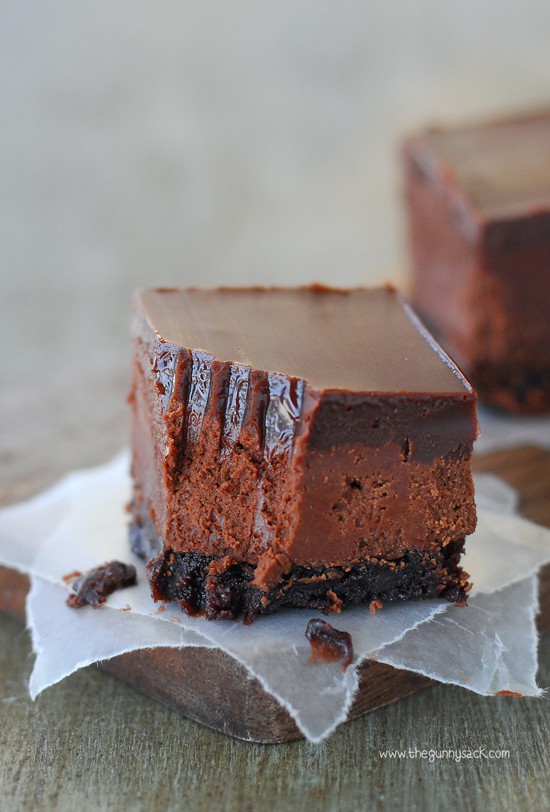 Go ahead and take a bite! These rich, creamy Chocolate Truffle Fudge Bars are so worth it!

Here are a few more recipes for the chocolate lovers: 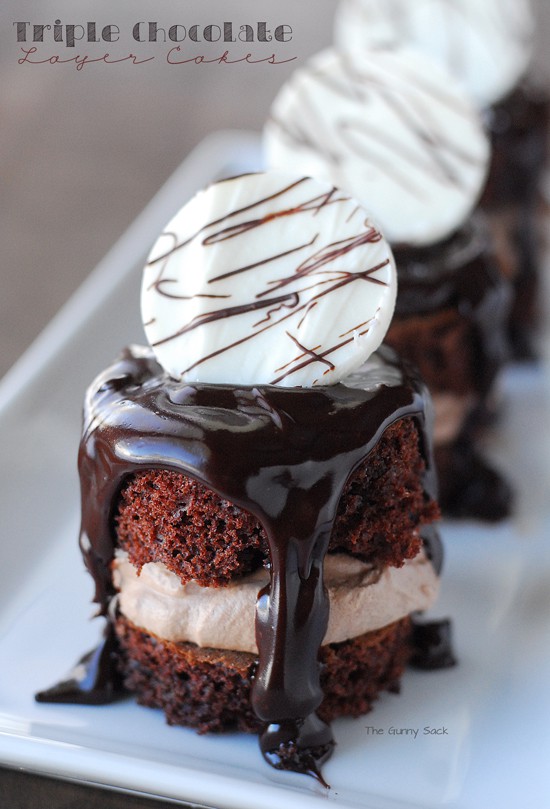 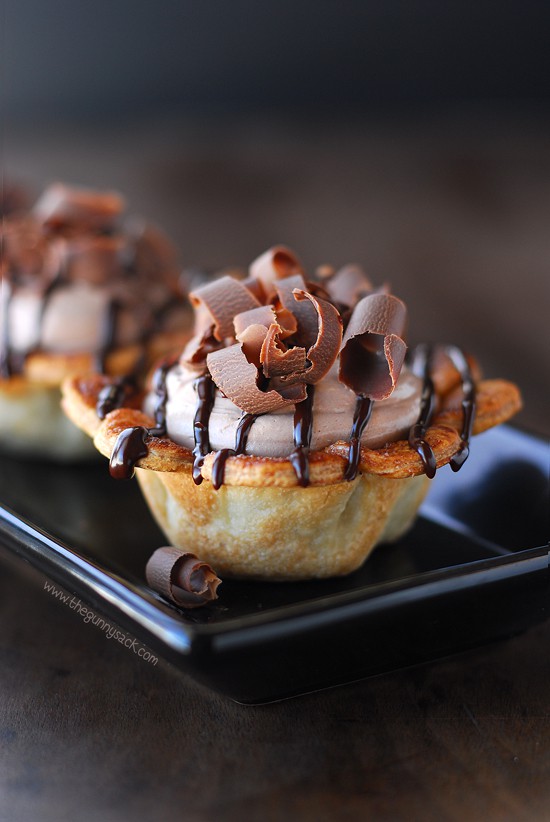 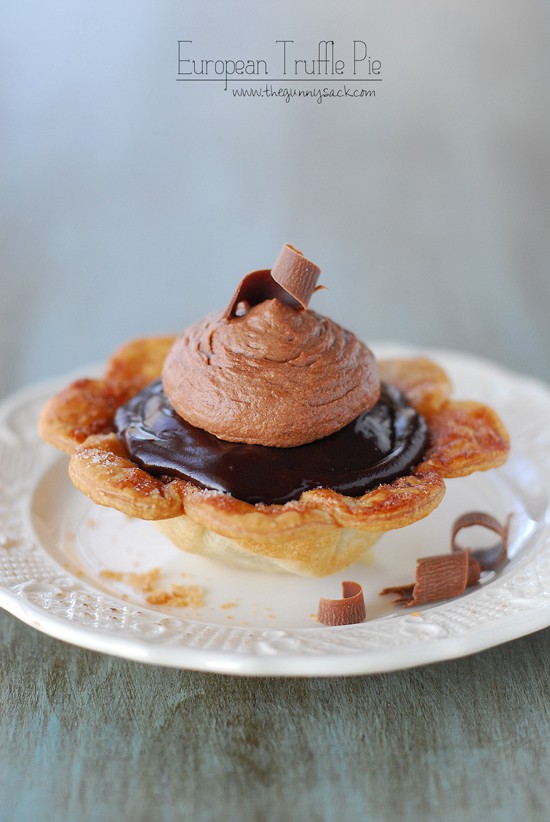