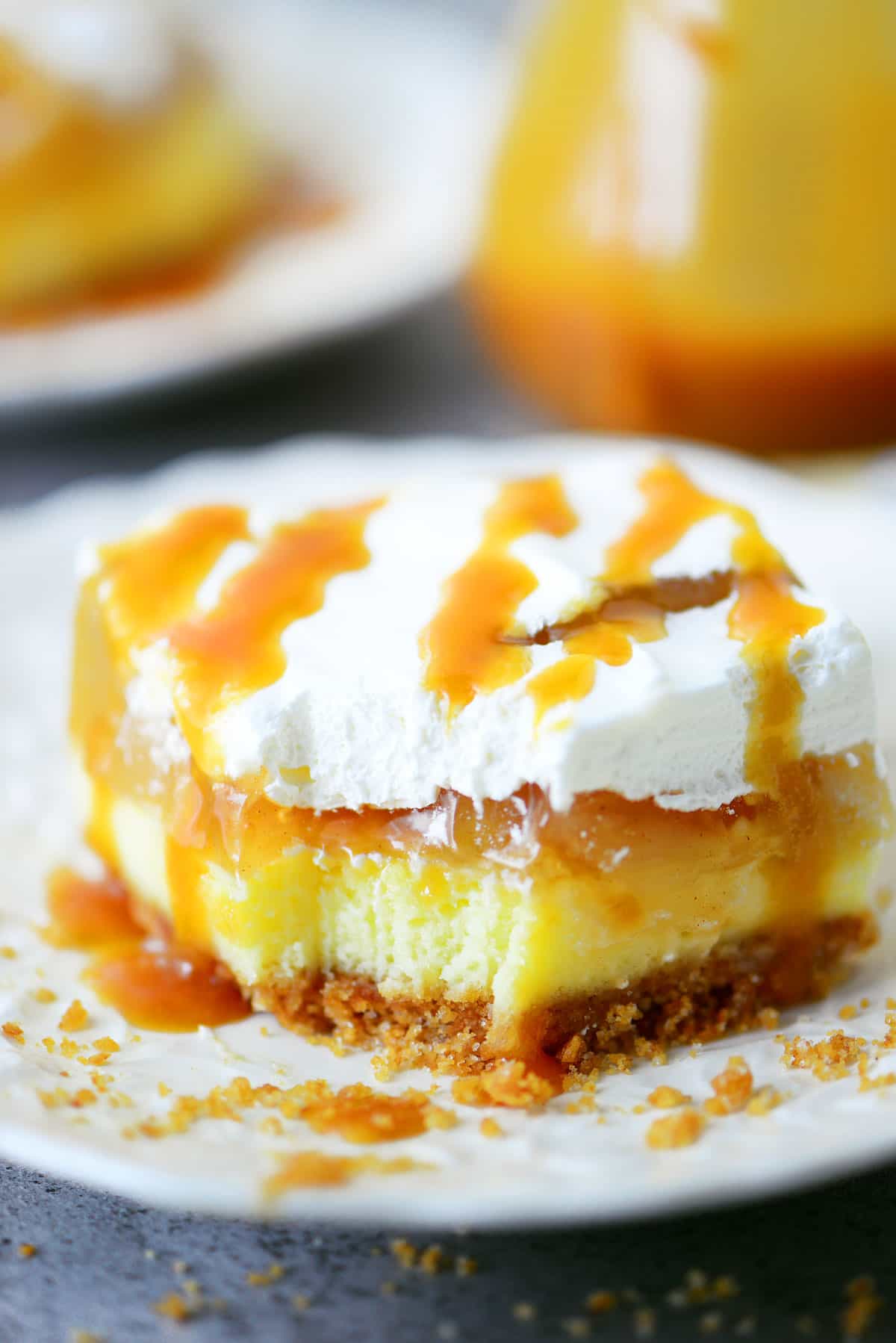 Each fall during apple season, I’ve contemplated making an apple cheesecake recipe but couldn’t quite wrap my mind around the combination of apples and cheesecake. I wasn’t sure if there should be chunks of apples suspended in the cheesecake or if the apples should be pureed into the cheesecake to make them disappear.

Finally this autumn I discovered the solution! I put the apples on top of the cheesecake in the same way I did when I make the blueberry cheesecake dessert. And of course, since apples are even better with caramel, I added caramel to this apple cheesecake recipe. 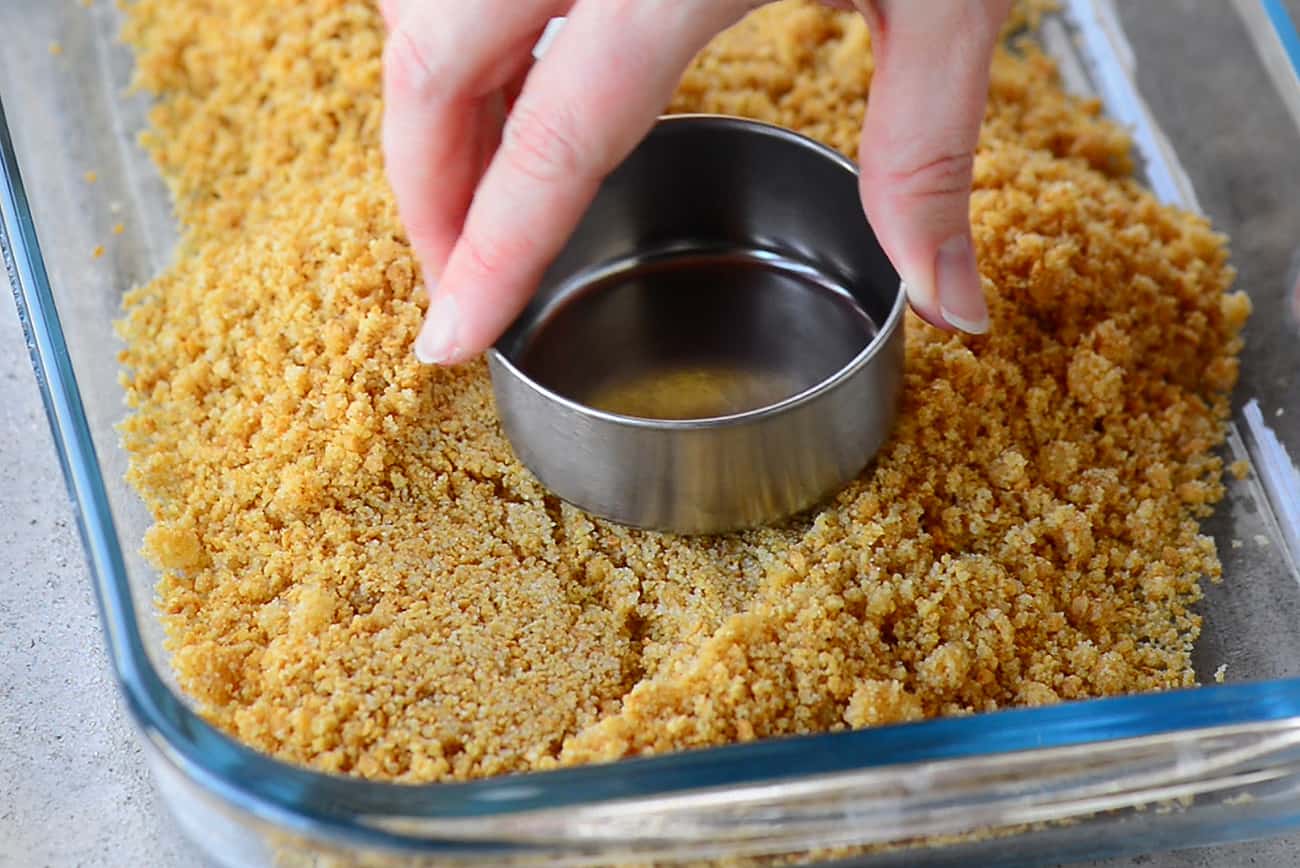 Next, mix together the crushed graham crackers, granulated sugar, and melted butter. Press the mixture into a 9×13 pan.

I like to use a small measuring cup with a flat bottom. Or sometimes I slid my hand into a plastic sandwich baggie and use my covered fingers and hand to flatten the crust. 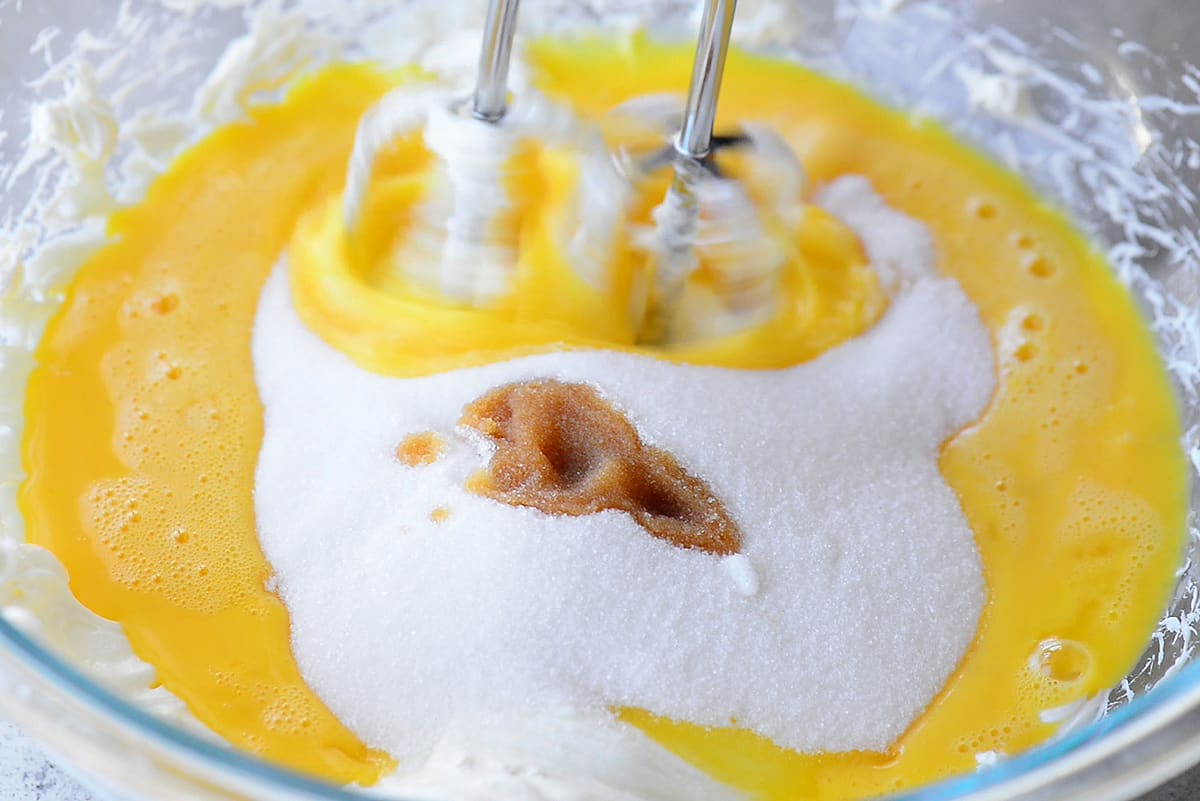 If you need to soften your cream cheese in a hurry, remove the foil wrapper and place the cream cheese blocks in a bowl. Microwave in 10-second intervals, checking after each interval, until softened but not melted.

Next, beat four eggs and then add them to the cream cheese. Also, add one cup of granulated sugar and the vanilla extract. Beat until smooth, scraping the bowl occasionally.

Finally, pour the cheesecake filling over the graham cracker crust. Bake at 375 for 23-27 minutes or until the top is dry to the touch. 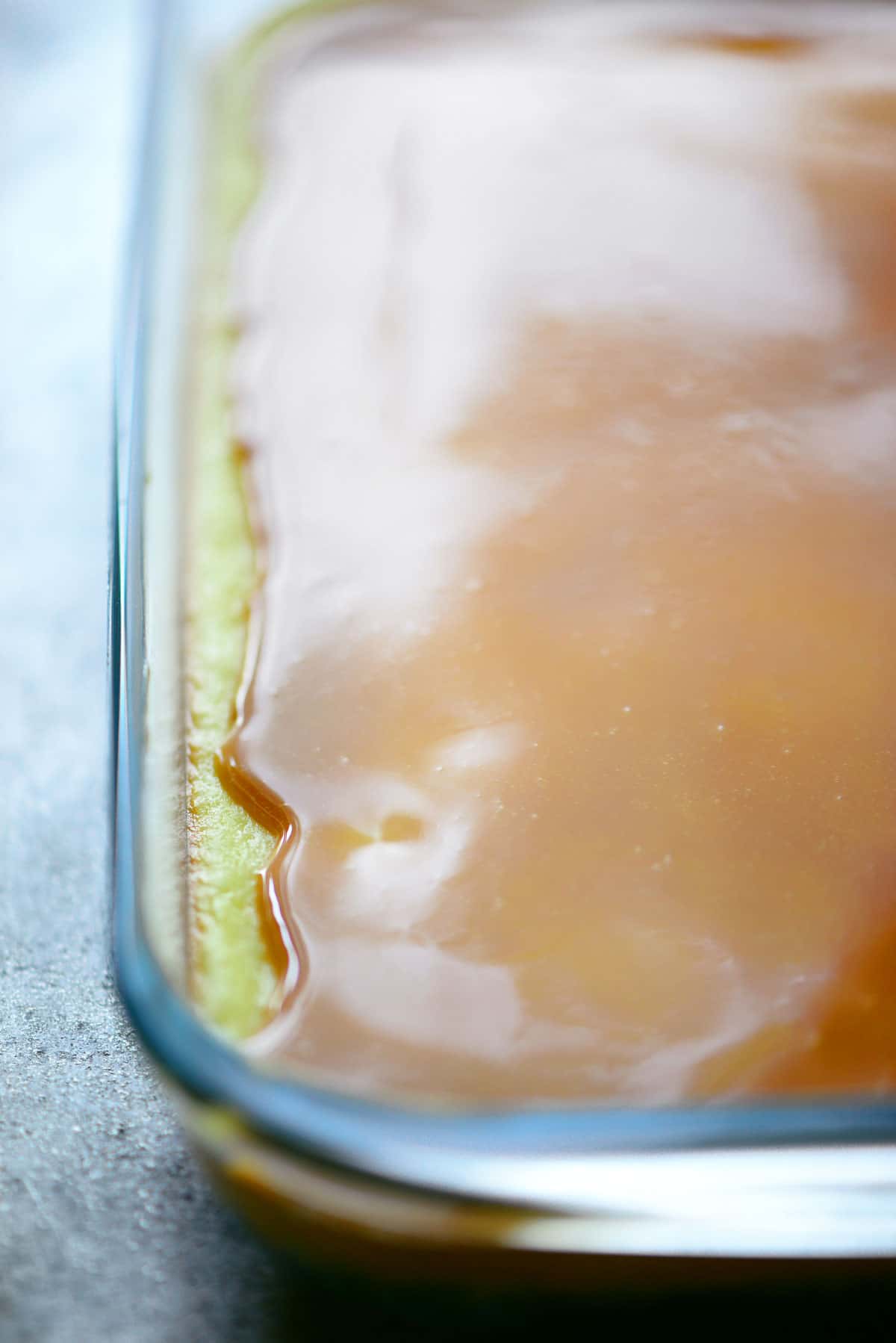 Remove from the oven and top with 1/2 cup of caramel sauce. Chill in the refrigerator. 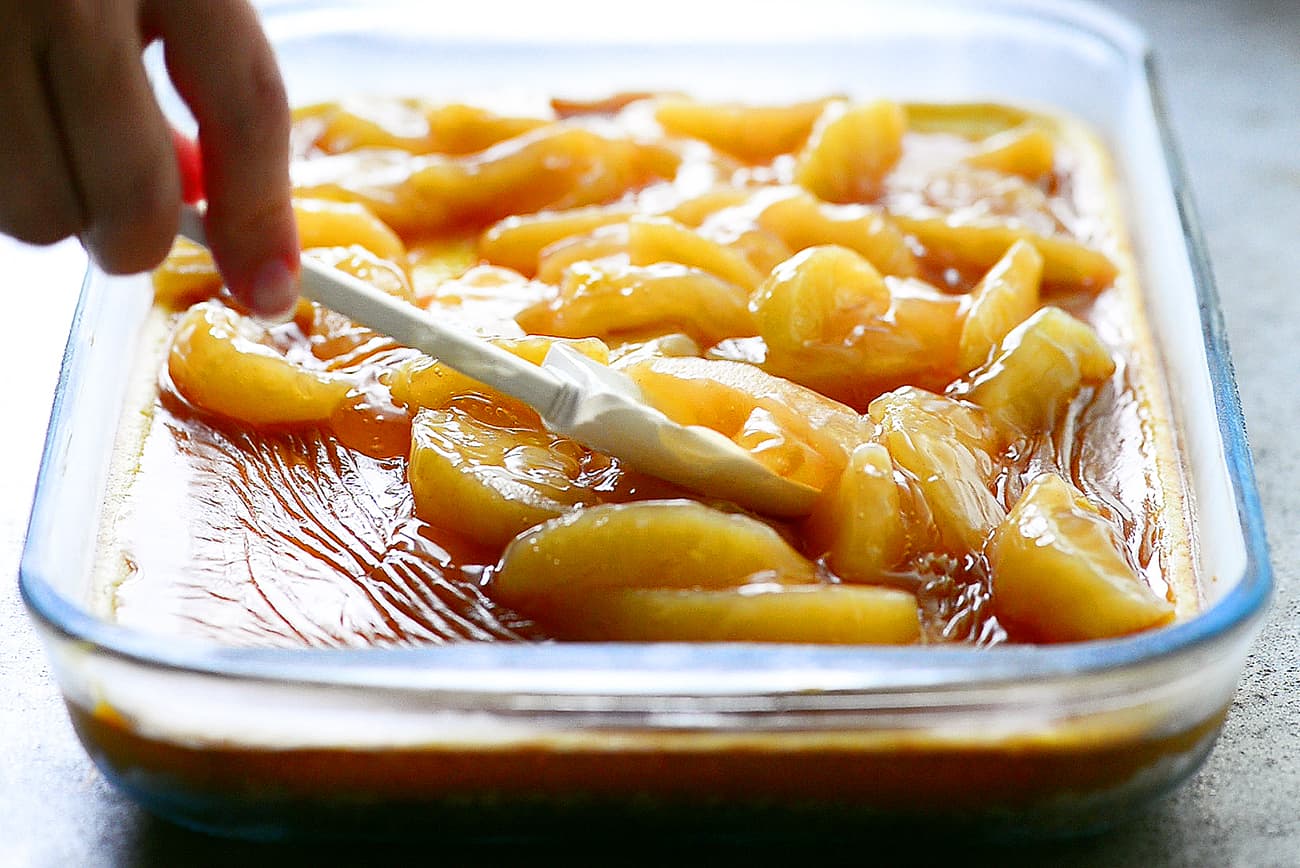 Remove from the refrigerator and top with apple pie filling. 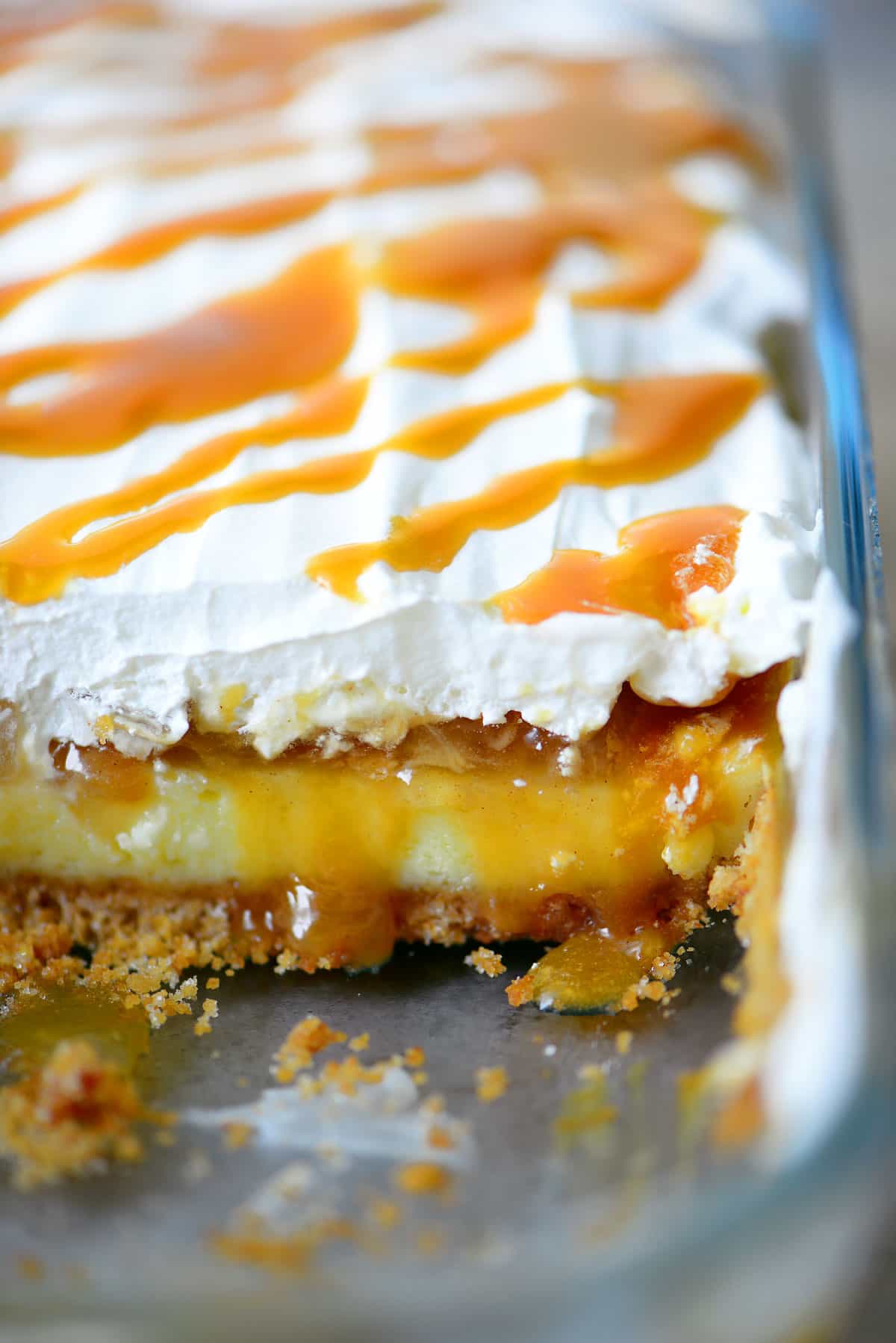 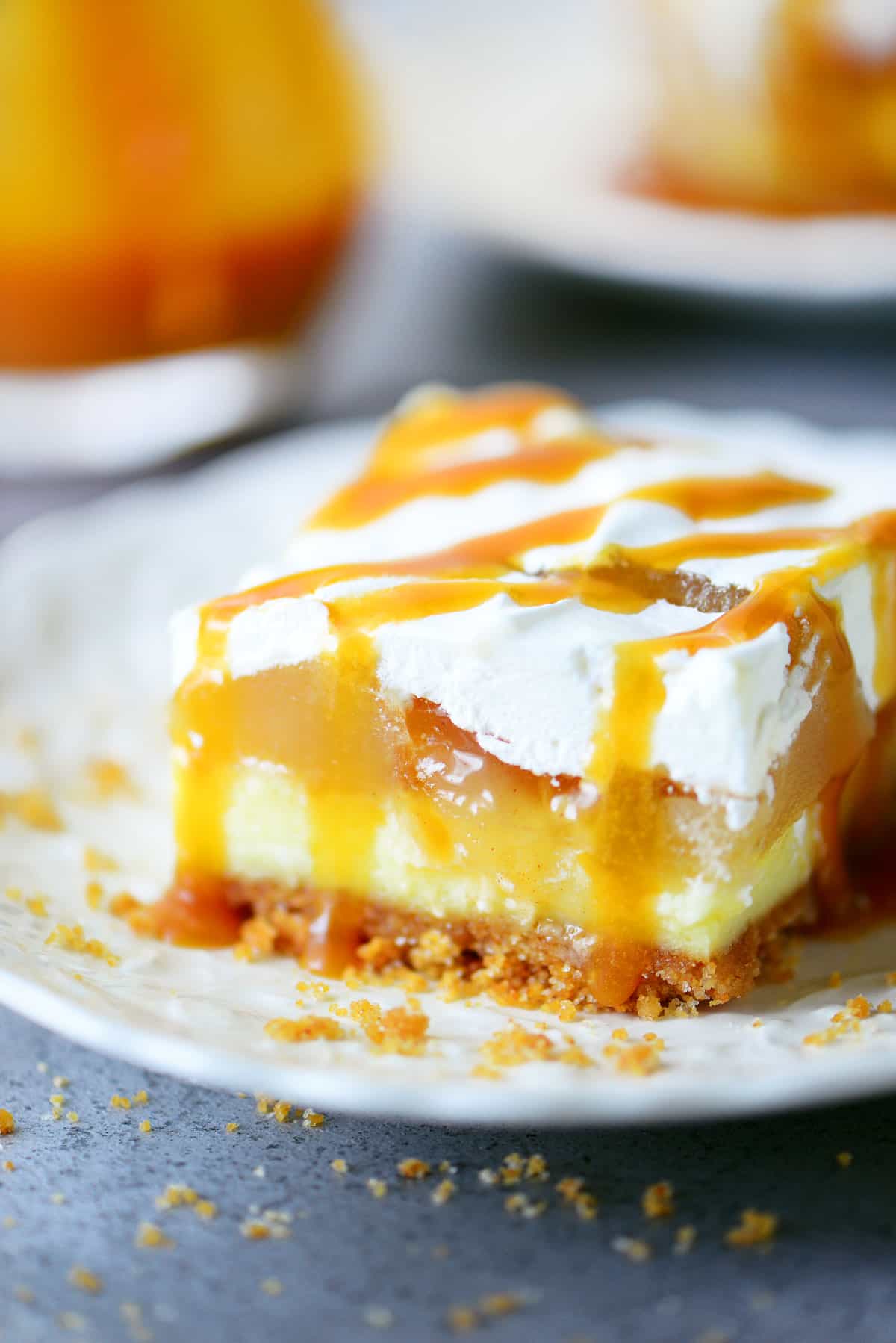 I made this Caramel Apple Cheesecake Dessert on Thursday and my husband brought it to work to share on Friday but forgot to put it out. So, they had it on Monday instead.

I’m not sure how good it looked after a few days but they still loved how it tasted. Plus, one of the women he works with said her mom is a loyal reader and that made my day! 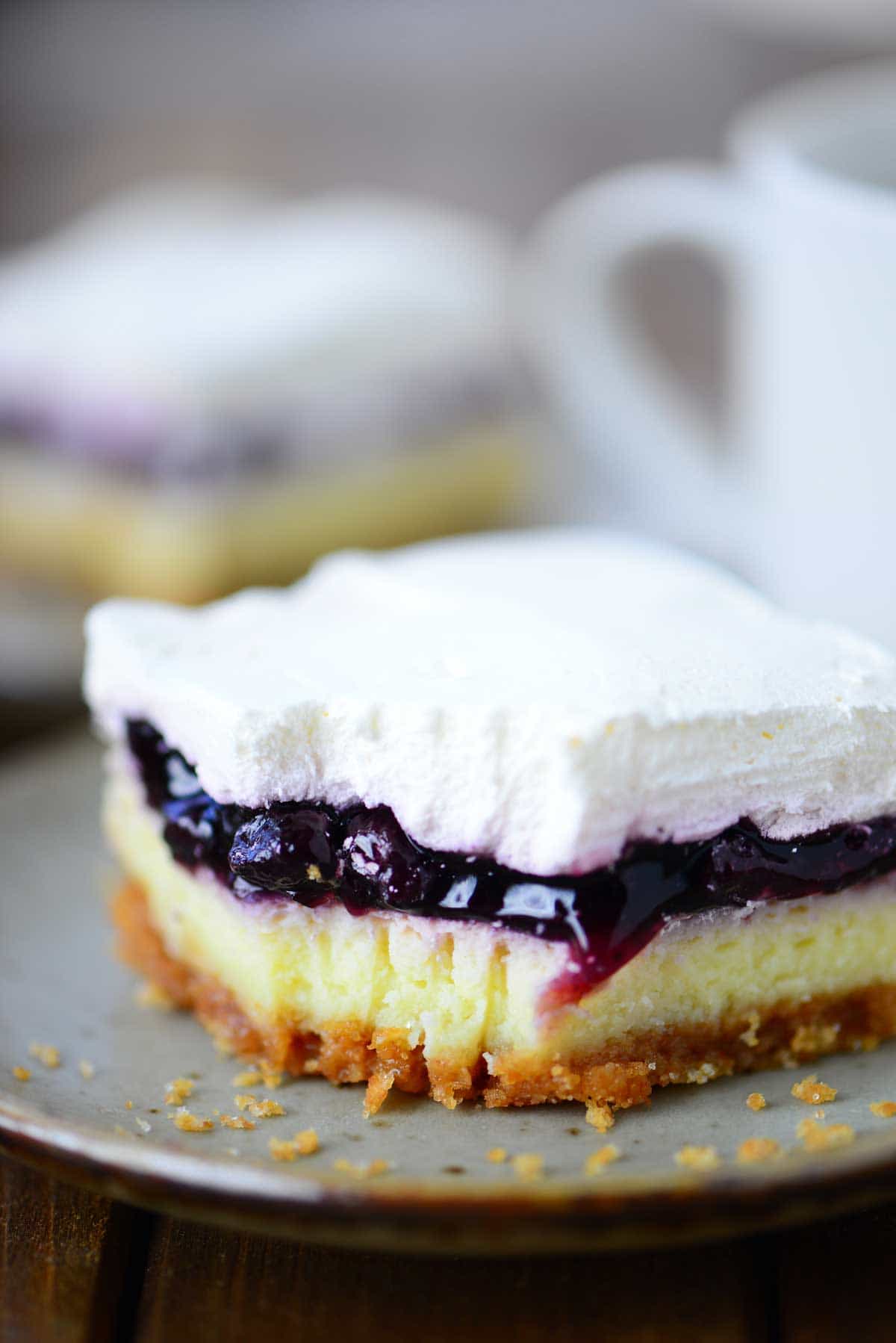 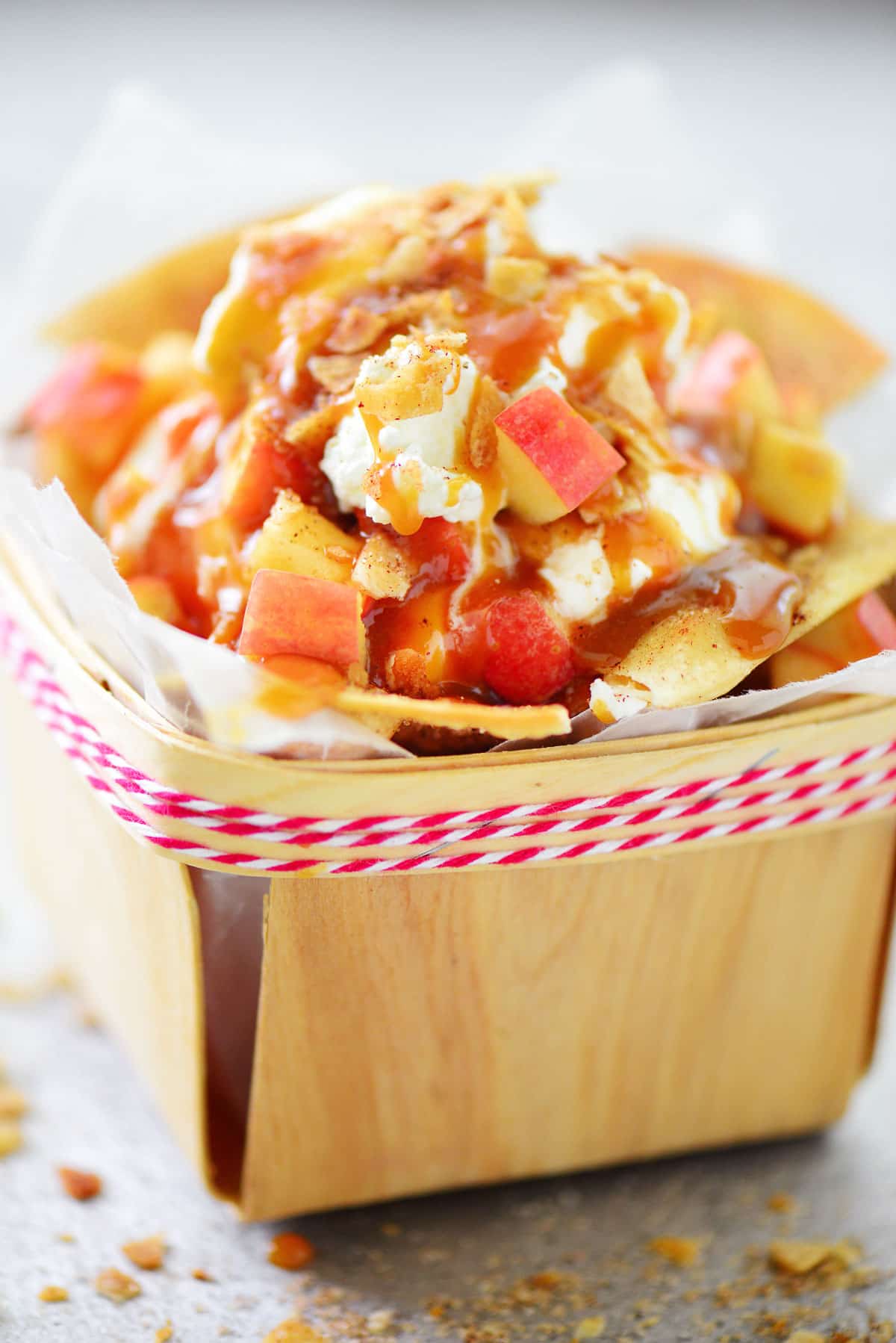 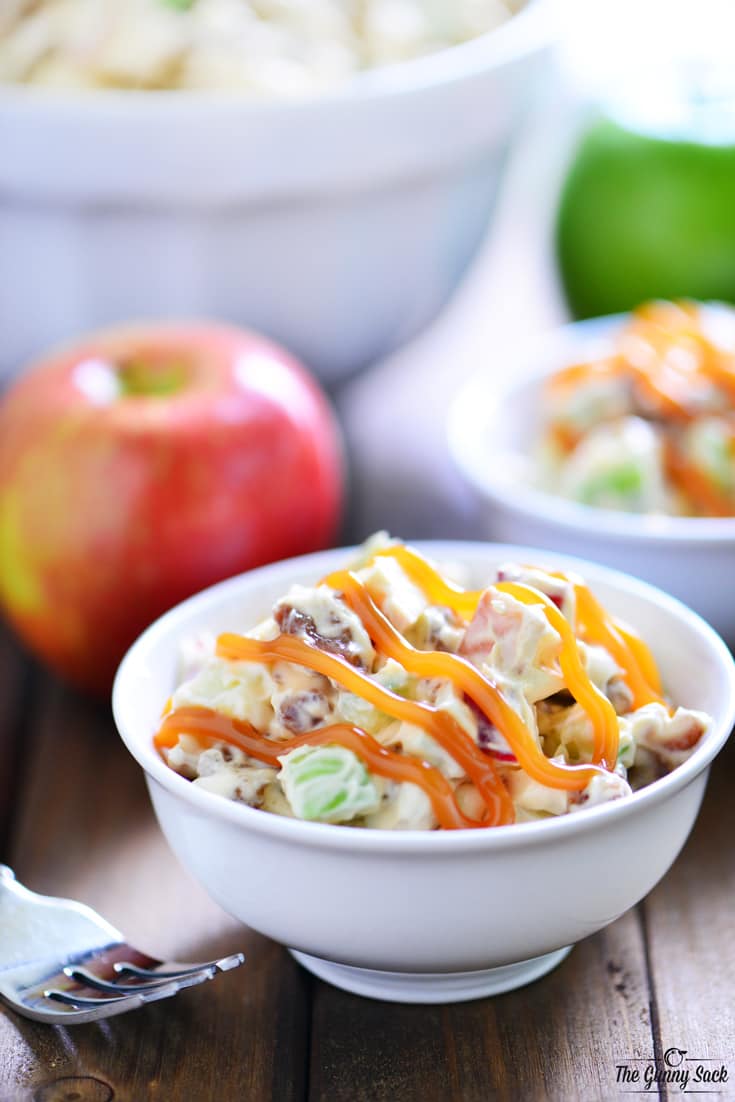