This Banana Cheesecake Dessert has layers of cheesecake, banana cream pudding and cool whip on a graham cracker crust and is topped with banana slices! 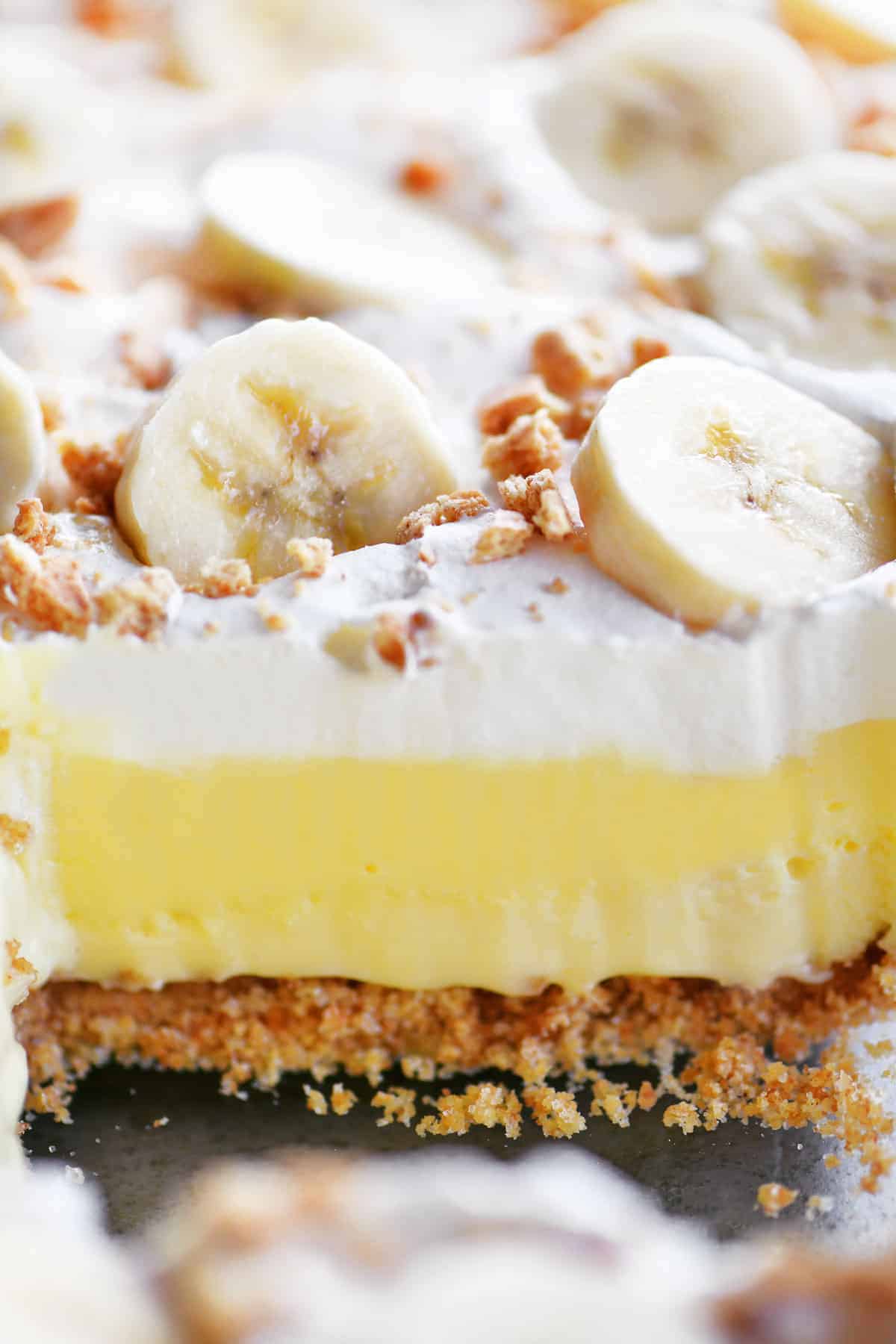 It all started with one of my husband’s favorite childhood desserts: Blueberry Cheesecake Dessert. Since that cheesecake is so good, I decided to keep on making different flavors. I’ve had many requests from readers for a banana version of the cheesecake dessert. So here it finally is…Banana Cheesecake Dessert!

Where is the banana cheesecake dessert recipe? In this post, I will share step-by-step instructions with photos for how to make the cheesecake, as well as answering FAQs about the recipe and sharing a short video showing the recipe in motion. But you can go directly to the recipes by scrolling down to the bottom of the post.

How To Make Banana Cheesecake Dessert 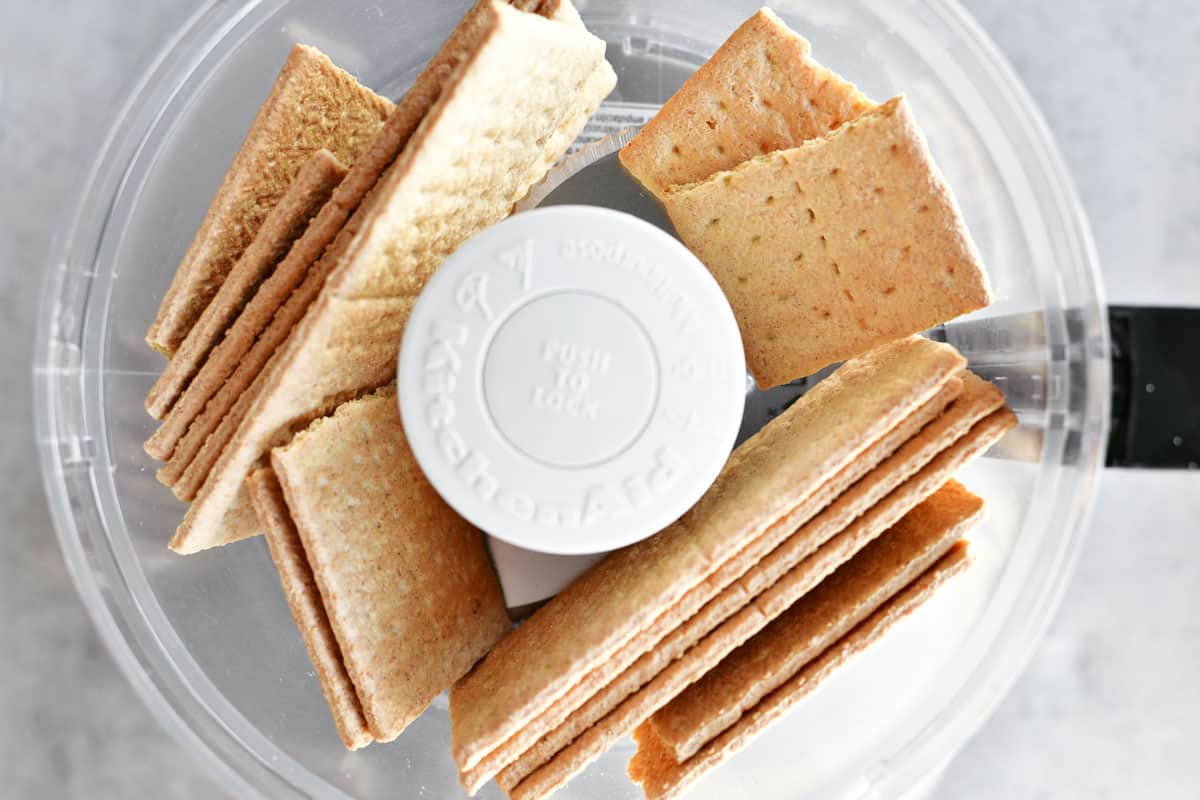 Another option is to buy the graham cracker crumbs already crushed! 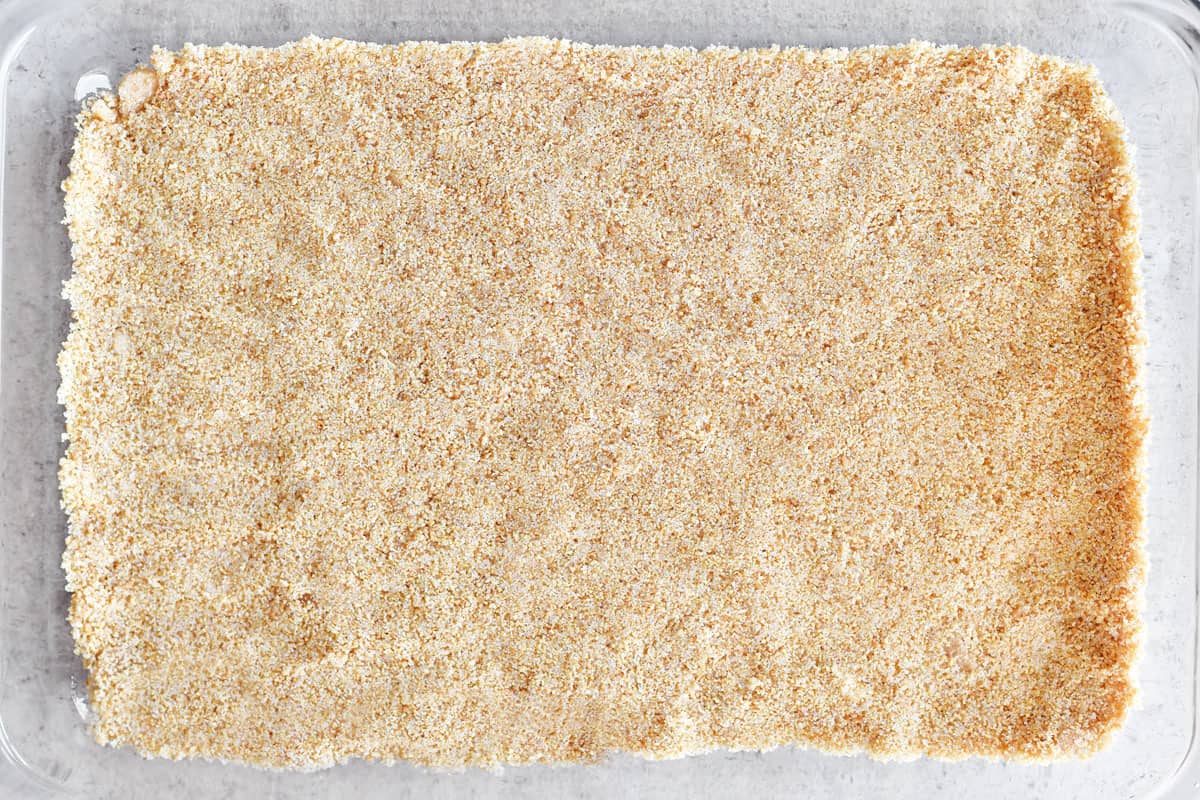 Add granulated sugar and melted butter to the graham cracker crumbs and pulse in the food processor until the crumbs start to clump together. Or stir the sugar and butter into the crumbs with a fork.

Press the graham cracker crumbs into the bottom of a 9×13 pan and set it aside. 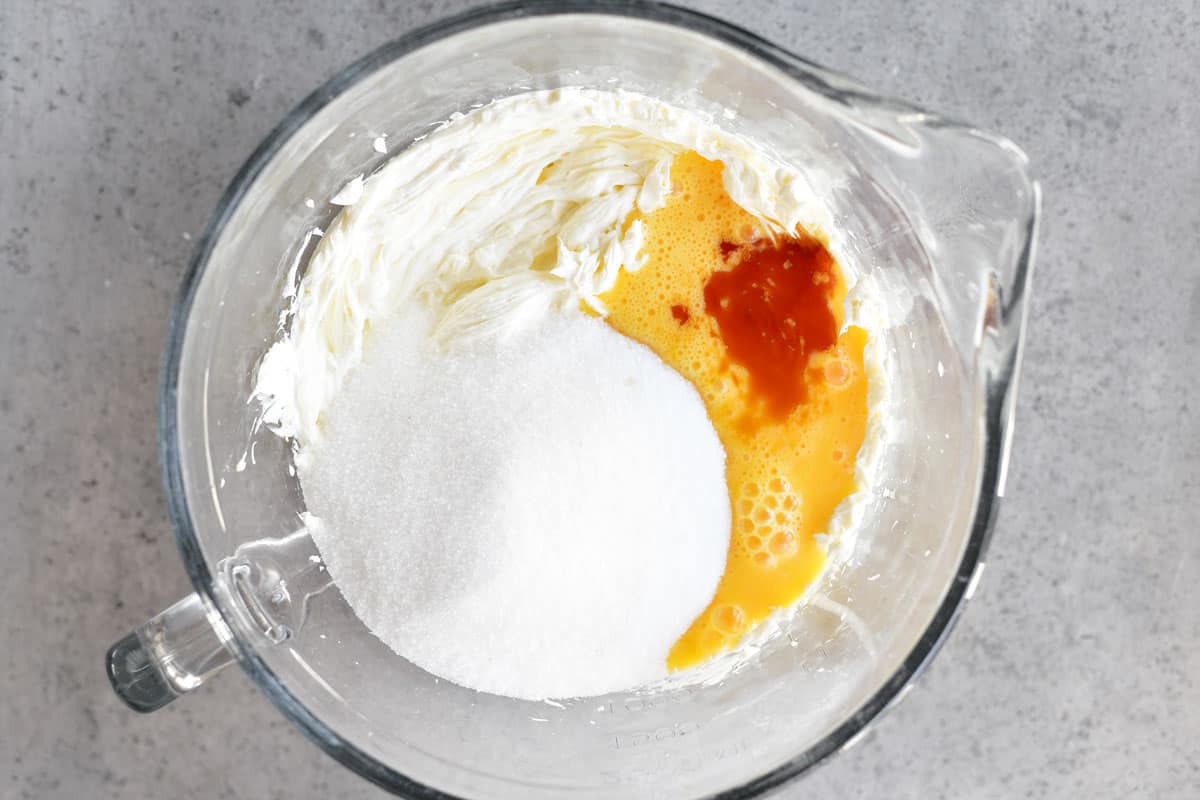 Use a mixer to beat two blocks of softened cream cheese until light and fluffy. Add the granulated sugar, beaten eggs, and vanilla extract. Mix until smooth, scraping down the sides of the bowl when needed. 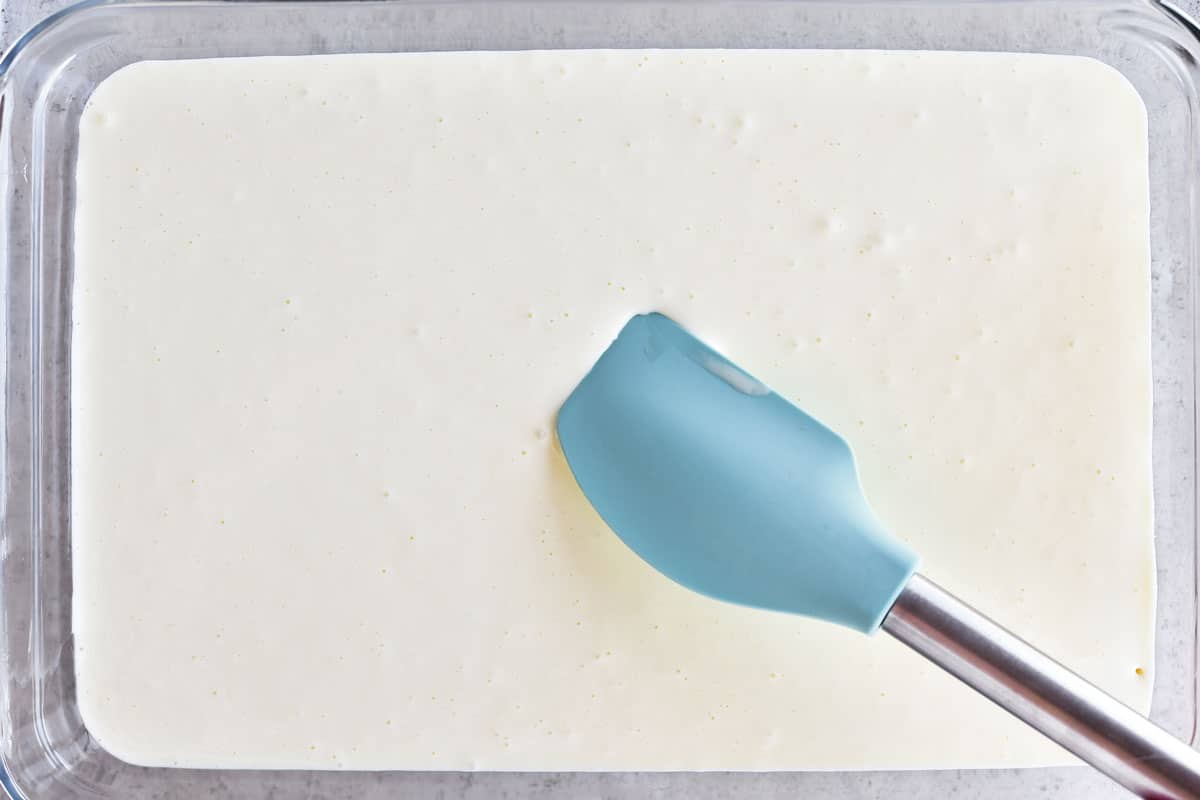 Spread the cheesecake batter out over the graham cracker crust in the 9×13 pan. Bake at 375˚F for 20-25 minutes and then cool completely.

Spread the banana cream pudding over the cooled cheesecake layer. 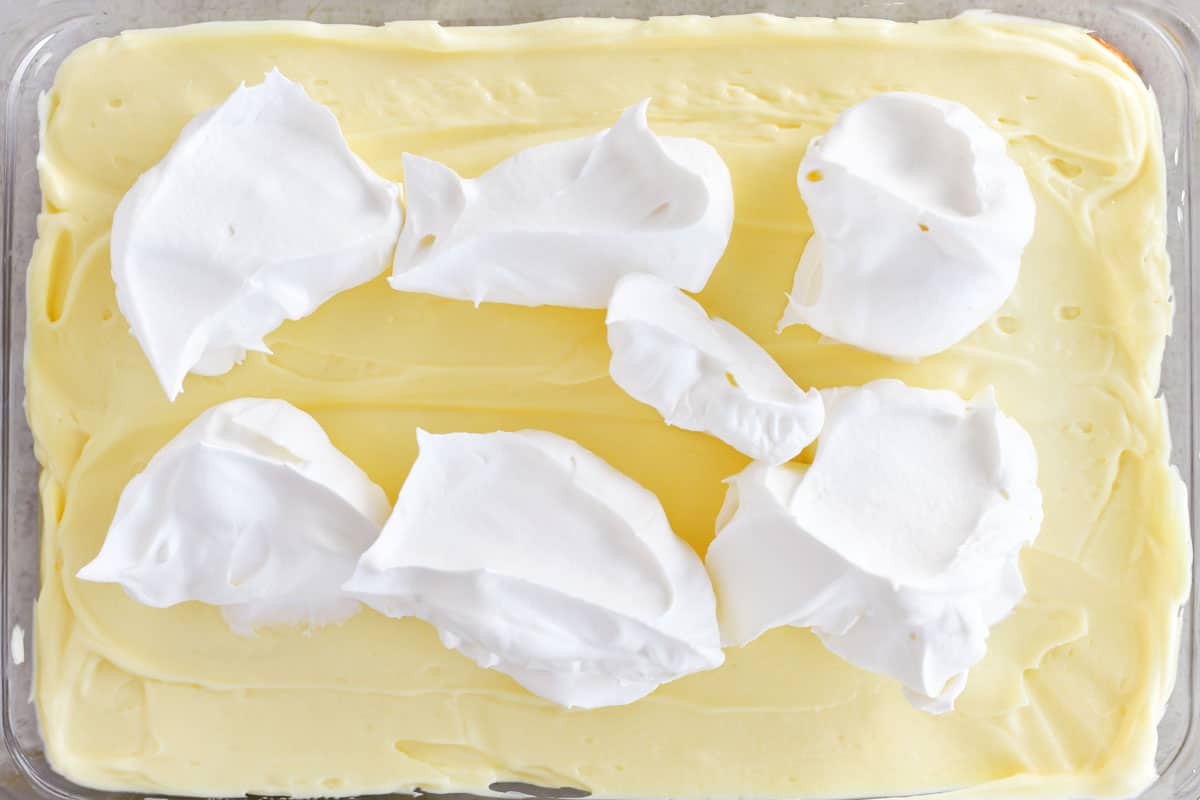 Top the banana cream pudding with cool whip and spread it out in an even layer. 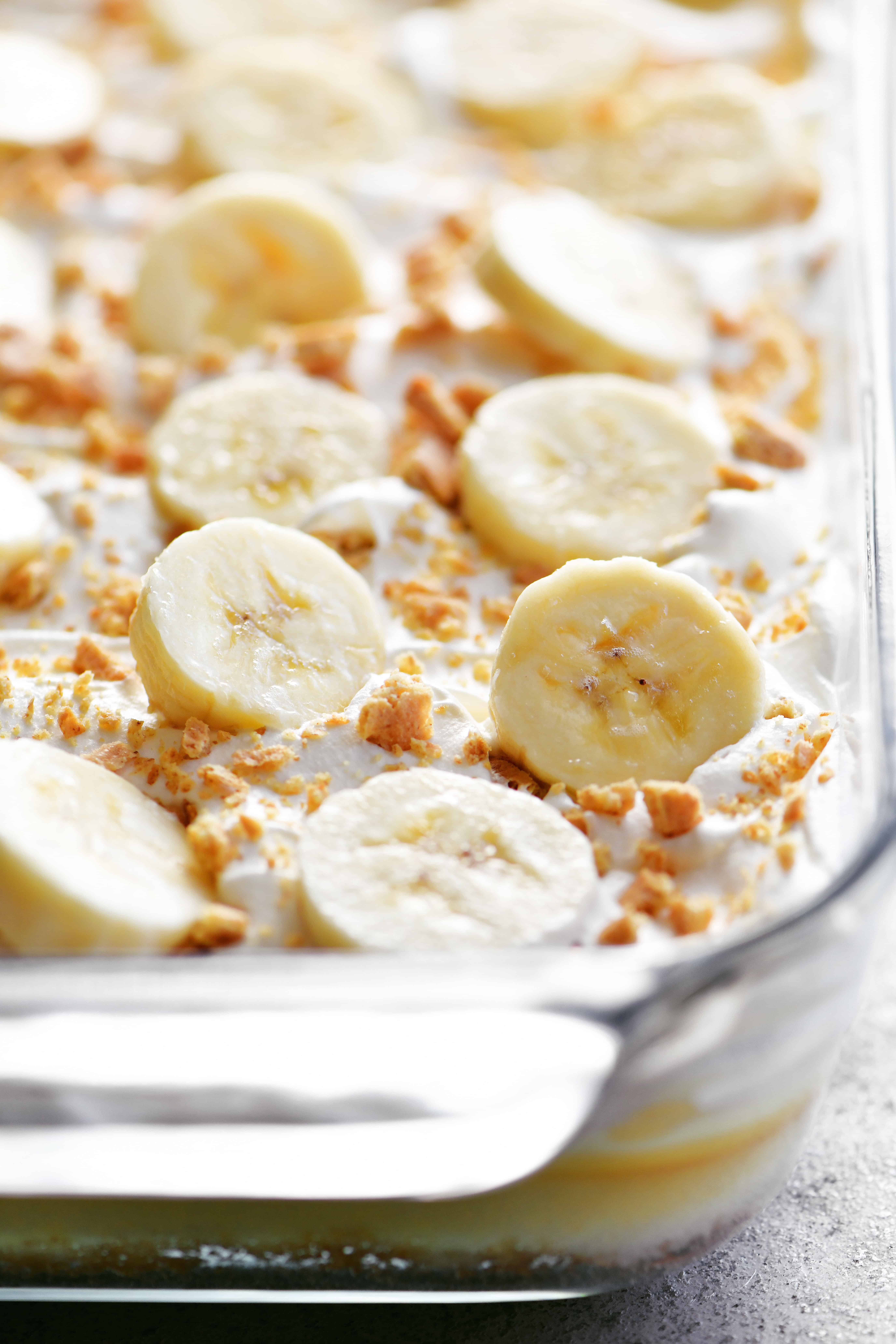 Sprinkle graham cracker crumbs over the top of the cheesecake.

Slice two bananas and top the cheesecake with the banana slices.

Store in the fridge until ready to serve. 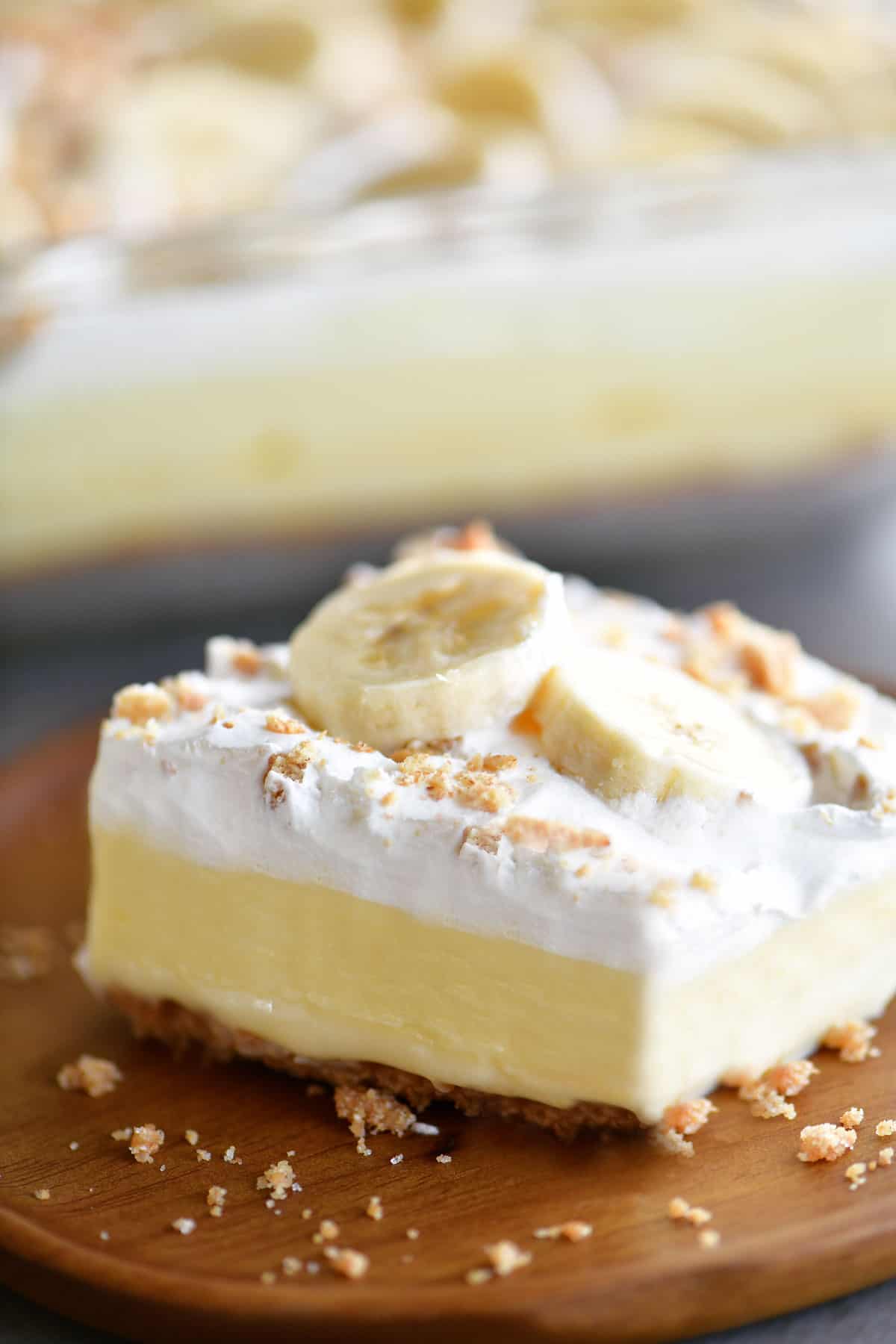 1. What other kinds of pudding would work in this recipe? Pretty much any kind of pudding you can buy! See my recipe for Chocolate Cheesecake Dessert using chocolate pudding here. I also want to try key lime pudding, lemon pudding, and coconut cream pudding.

4. What can I do to lighten this recipe? For a lighter version, try using 1/3 less fat cream cheese, low-fat graham crackers, replace a portion of the sugar with a sugar alternative, use sugar-free banana pudding mix, and use light Cool Whip. But keep in mind that any alterations may change how the cheesecake turns out.

5. Can this cheesecake be made in a different size pan? Yes, but depending on the thickness of the cheesecake batter the cooking time may be altered.

6. Can this cheesecake be prepared ahead of time? Yes! We often make it ahead of time to bring to family gatherings. If you plan to serve it the following day, wait to add the banana slices until right before serving so that they don’t get brown. 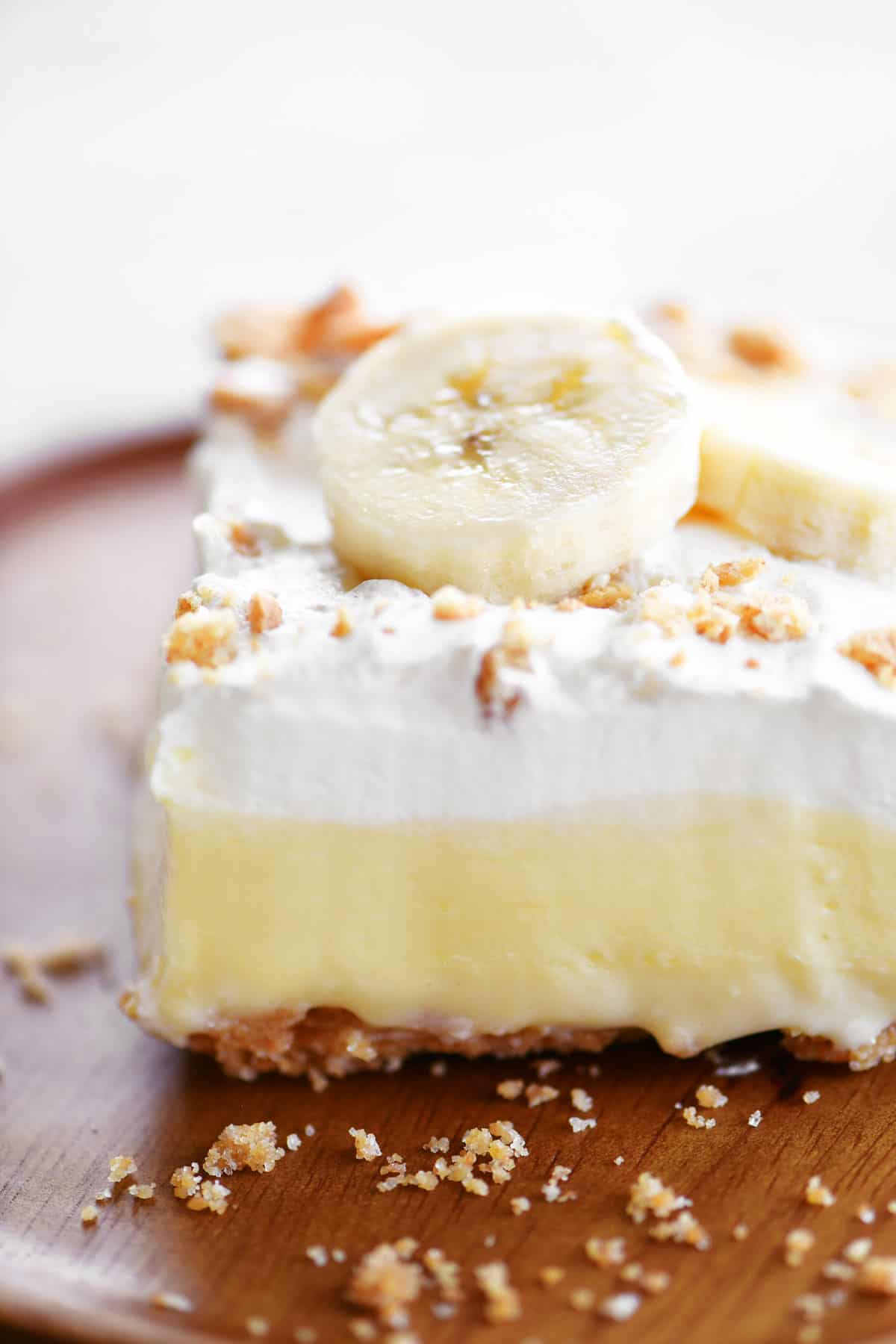 This Strawberry Cheesecake Dessert recipe is creamy and smooth with strawberry pie filling and whipped cream. It’s been part of our family for generations!

Pumpkin Cheesecake Dessert has two layers of smooth, creamy cheesecake with a gingersnap crust. Made in a 9×13 inch pan this cheesecake is made for sharing!

This Pecan Pie Cheesecake Dessert recipe is TO-DIE-FOR with luscious cheesecake on a graham cracker and pecan crust topped with a gooey pecan pie sauce.