Eggnog Macarons are a light, airy Christmas cookie with the delicious taste of nutmeg and cinnamon. They are filled with eggnog buttercream frosting! 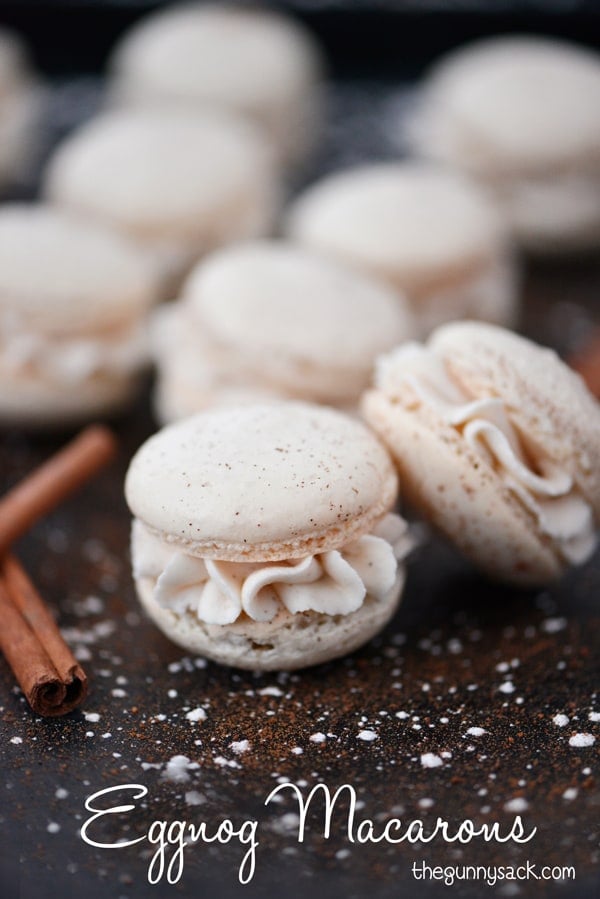 Last year, I completely missed out on making eggnog recipes during the holiday season. So, I’ve got a few different ones planned for this year, if I can squeeze them in. The first is eggnog macarons with eggnog buttercream frosting! I tried making French macarons for the first time last May.

Then, I made a bunch of them for my sister-in-law’s wedding reception but haven’t made them since. Every time I made macarons, I get mixed results…some of them turn out and some don’t…but that is fine with me. We still eat the ones that aren’t perfect and they still taste great! 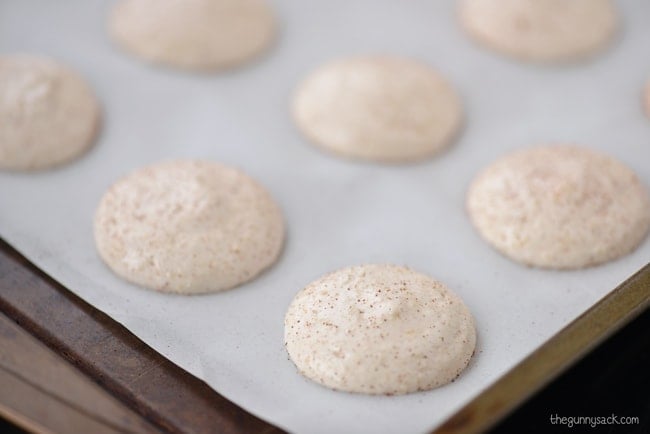 Like in my first macaron post, I didn’t do anything special to the eggs. Turn the basic macaron batter into eggnog macaron batter by adding a half teaspoon of nutmeg to the basic recipe. Pipe the batter onto parchment paper and sprinkle with cinnamon. Bake at 300 degrees for about 18 minutes. 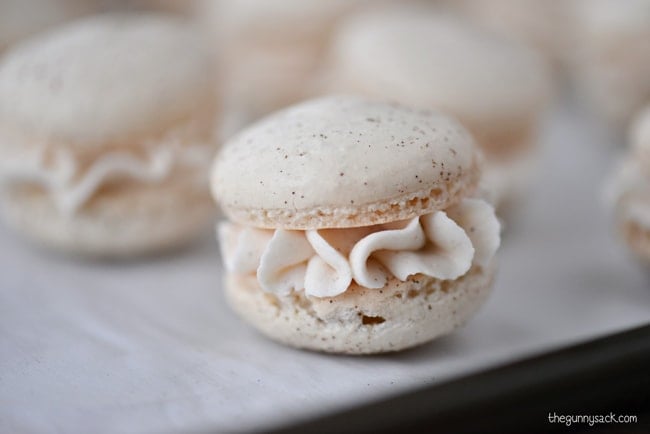 Allow the eggnog macarons to cool completely. Then, make the eggnog buttercream frosting and fill the macarons. I used a large drop flower decorator tip to make a swirled look with the buttercream. 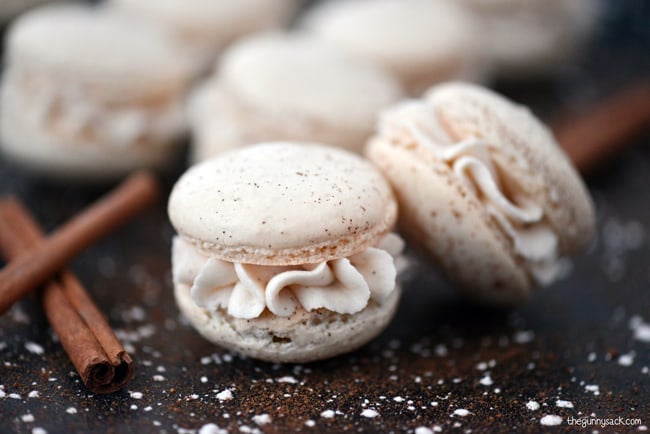 When we got together to do some wedding prep for my sister, I brought some of these along to share and everyone loved them! Plus, they are now Zack’s favorite new treat and he is quickly finishing off the rest of the eggnog from the fridge!

Here are a few more eggnog recipes to try: