This slow cooker blueberry bread pudding recipe with lemon sauce is a delicious dessert. It can also be a breakfast crock pot blueberry French toast bake! 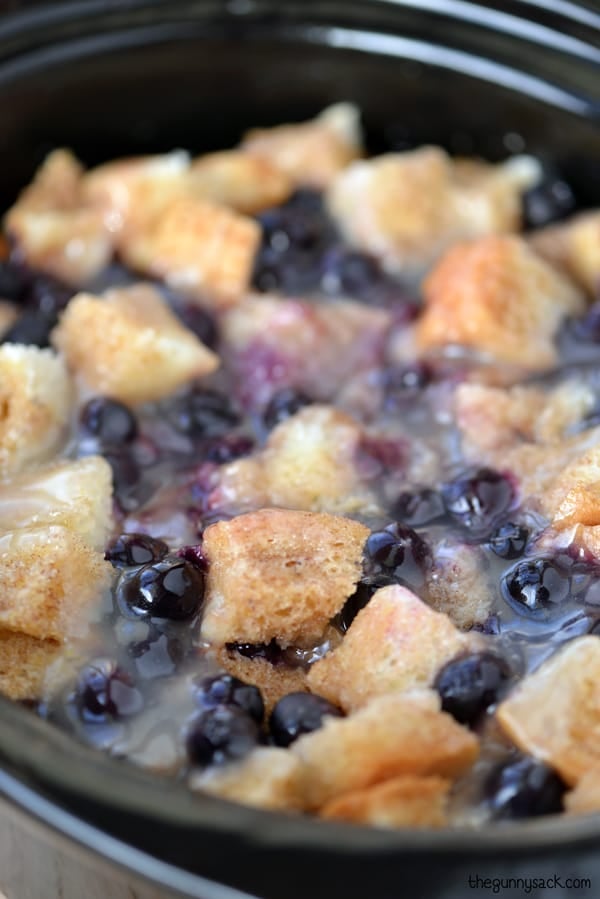 didn’t think that most people would want to wake in the middle of the night to start making slow cooker blueberry French toast. So, this recipe can be used for either dessert or breakfast and one of our favorite things to eat for dinner is breakfast! 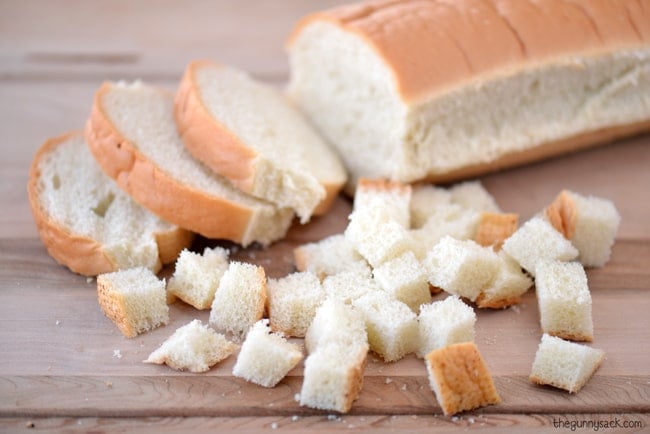 Cut enough Italian or French bread into cubes, so that you have about 8 cups of bread cubes. 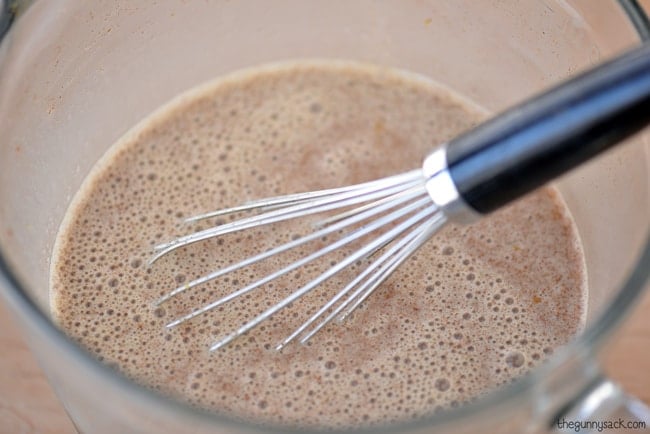 Cover the bottom of a greased slow cooker (I used my 6 quart Crock Pot.) with half of the bread cubes and sprinkle with half of the blueberries. Repeat with a second layer. Pour the egg mixtures over the everything. 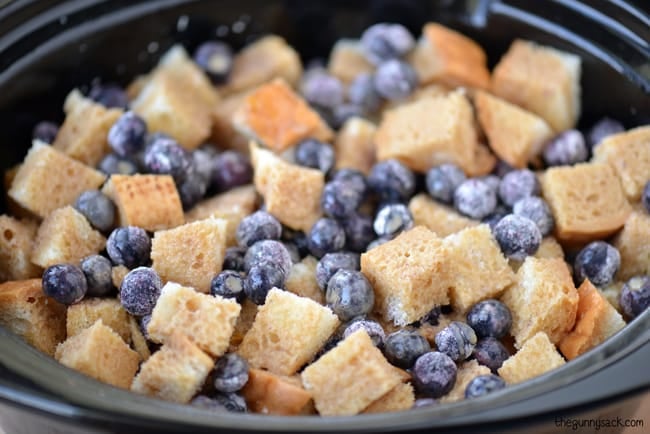 Gently stir so that the bread soaks up the egg mixtures. Cook on low for 3 to 4 hours. 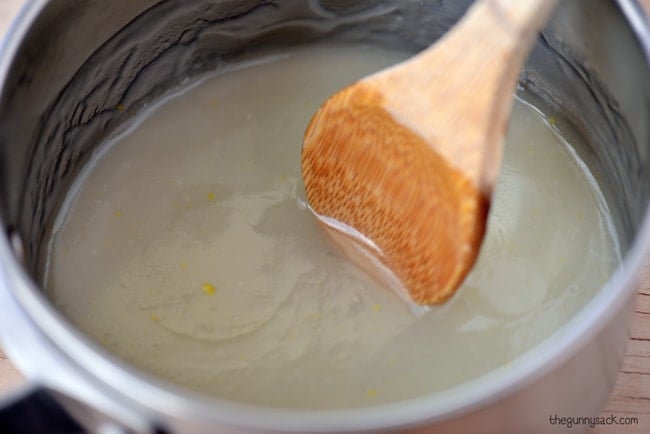 While the bread pudding is cooking, make a lemon sauce. Mix together water and cornstarch in saucepan. Stir in sugar and cook over medium heat until thickened. Mix in butter, fresh lemon juice and lemon zest. 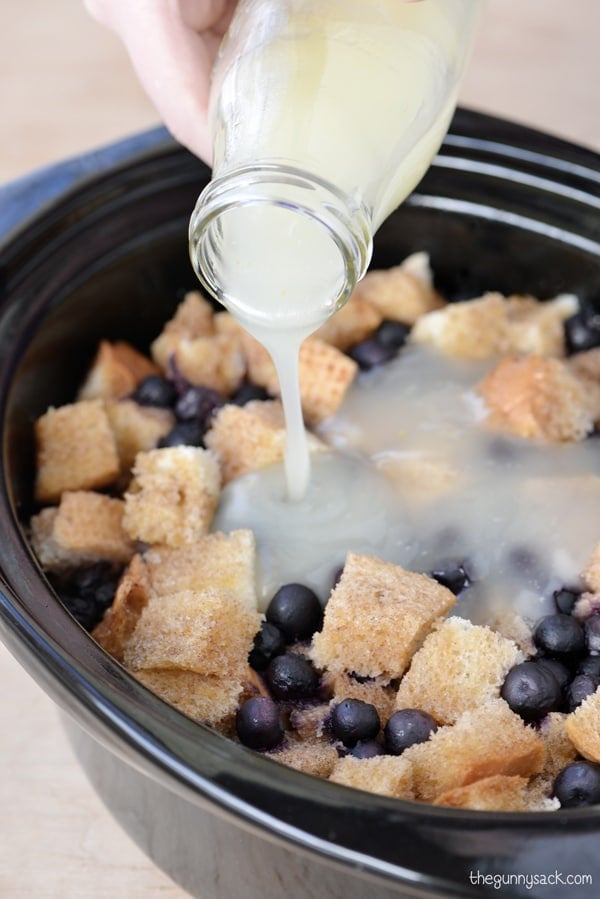 Drizzle the bread pudding with some of the lemon sauce. 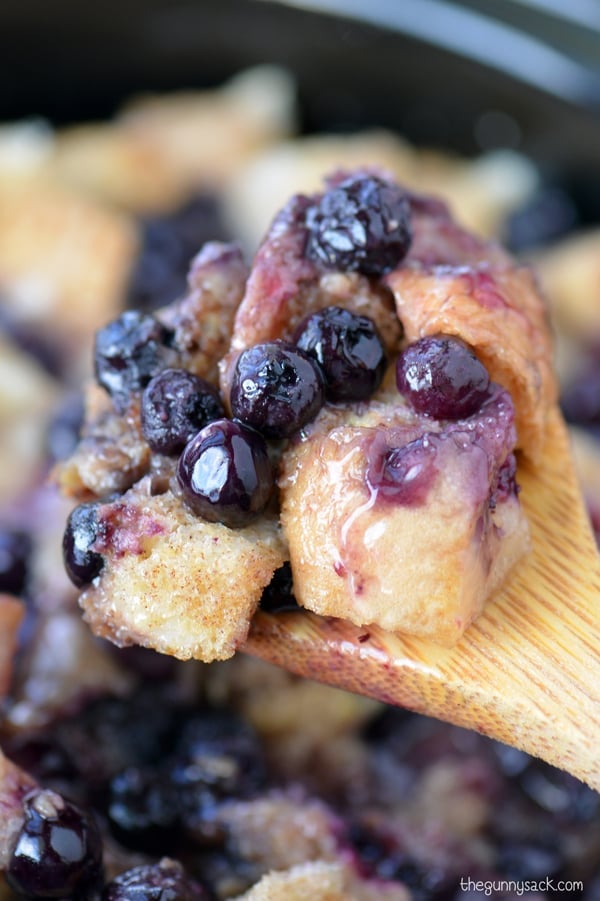