Slow Cooker Honey Sesame Chicken is a Crock Pot recipe that’s easy to make, cheaper than takeout and tastes better too! It’s a family-friendly recipe that will become a favorite.

For some reason, when I think about using my Crock Pot, I think about it in the cold months filled with soups, stews and pot roast. But I’ve come to realize that using a slow cooker in the summer makes a lot of sense!

First of all, I don’t have to turn my oven on and heat up the house. On a day like today, when the high was 90 degrees and the humidity was 75, the air conditioner is working hard enough. I could always go fire up the grill, but I really am enjoying the cool air inside the house.

Another great reason is that summer is such a busy time. I spend my days running errands, bringing my kids here and there, meeting friends at the park and trying to prepare blog posts in between.

So, I love it when I remember to put dinner in the Crock Pot and voila…it is ready when we want to eat! Last week, I made honey sesame chicken in my slow cooker and loved it.

2. Get to know your slow cooker. Every brand and every price point varies significantly. Check the chicken after two hours to see if it is done.

3. If the sauce isn’t thick enough, continue adding water and cornstarch in a 1:1 ratio (for example, dissolving 1 tbsp of cornstarch in 1 tbsp cold water) until it is as thick as you want it.

4. If your sauce is too thick, thin it out with a tablespoon of hot water at a time until it is as thin as you want. 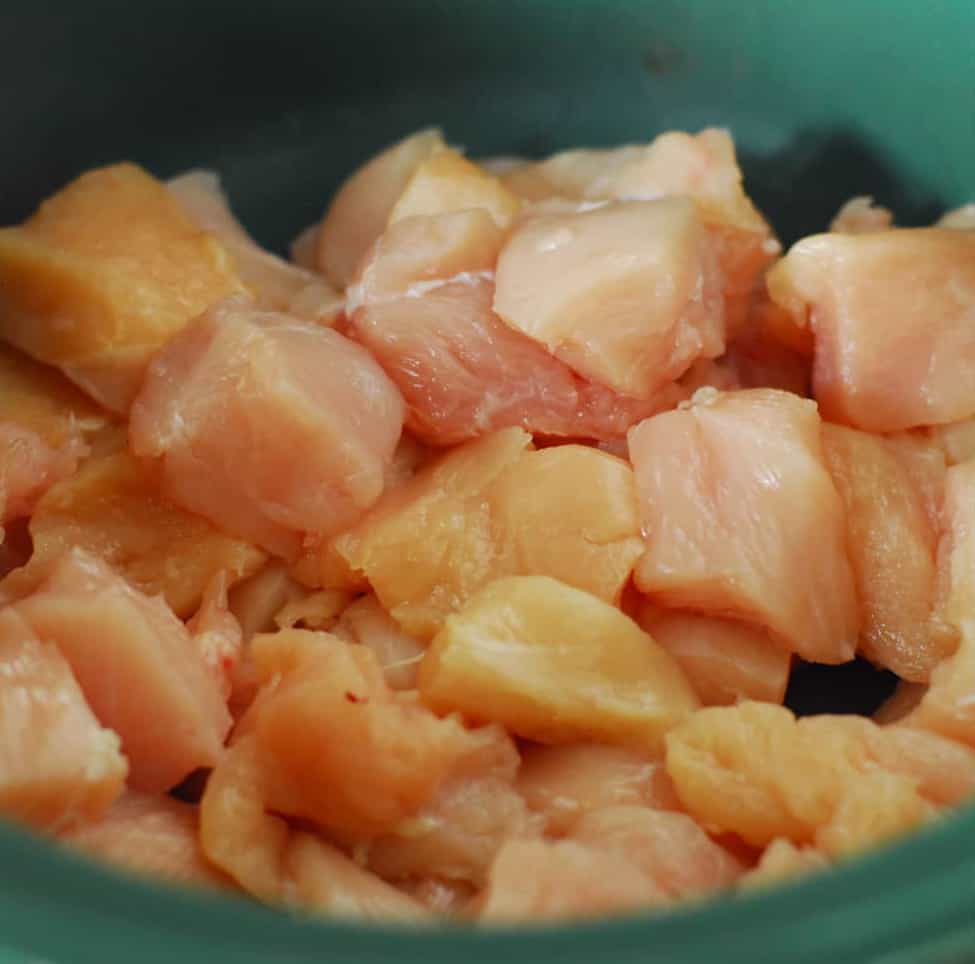 Cut the chicken into 1 to 1 1/2 inch cubes and place in a slow cooker. 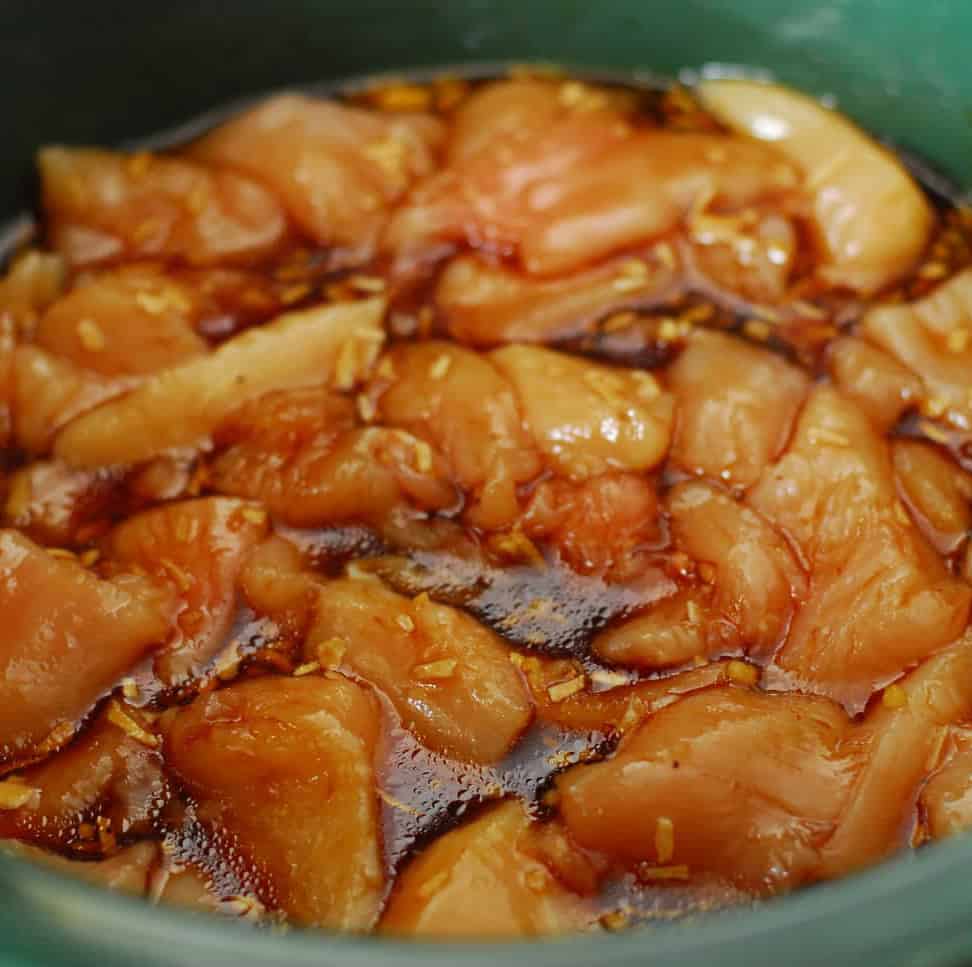 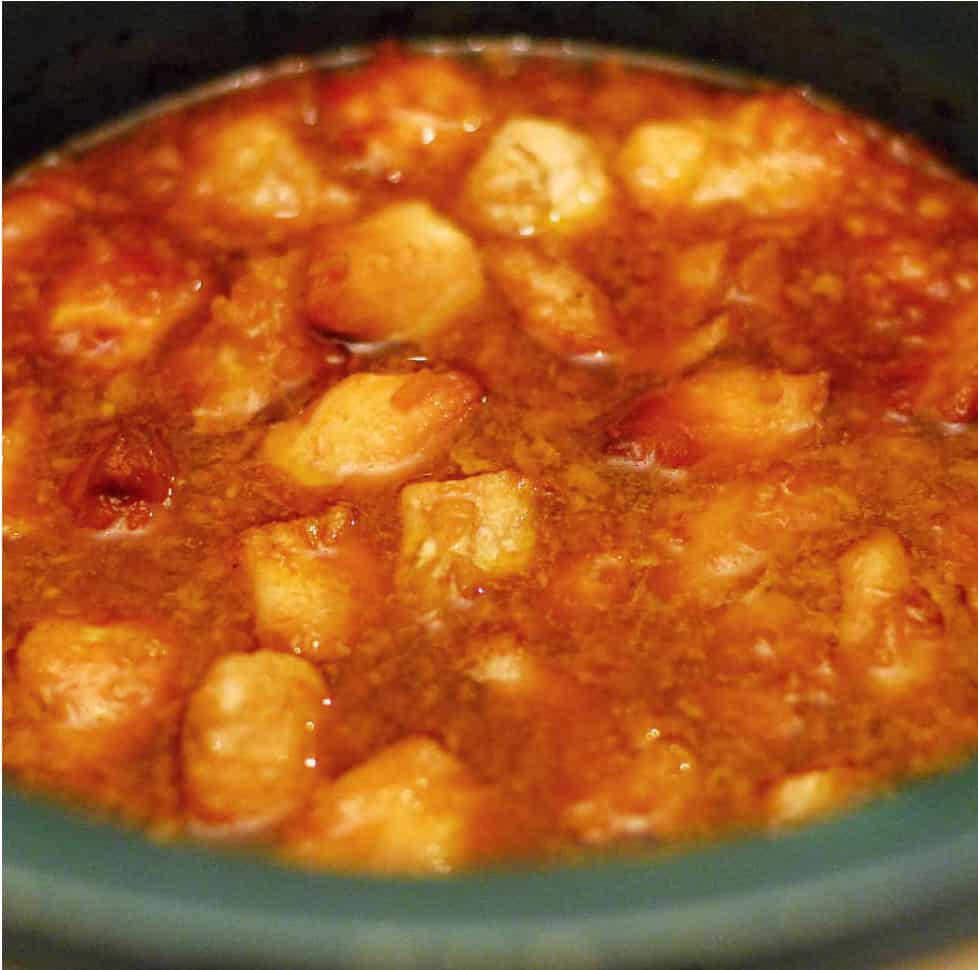 Cook on low for 2 to 4 hours or until the chicken is fully cooked. 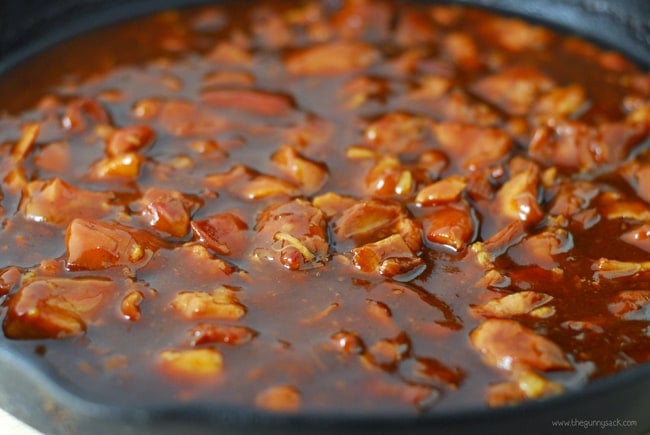 Remove the chicken from the crockpot while reserving the sauce. Pour the sauce into a saucepan. Mix together cold water and cornstarch and stir into the sauce.

Cook sauce over medium heat, stirring constantly until thickened. This only takes a couple of minutes.

Turn the heat down to low, add chicken to sauce and break any large pieces into smaller chunks. Stir to coat while simmering. 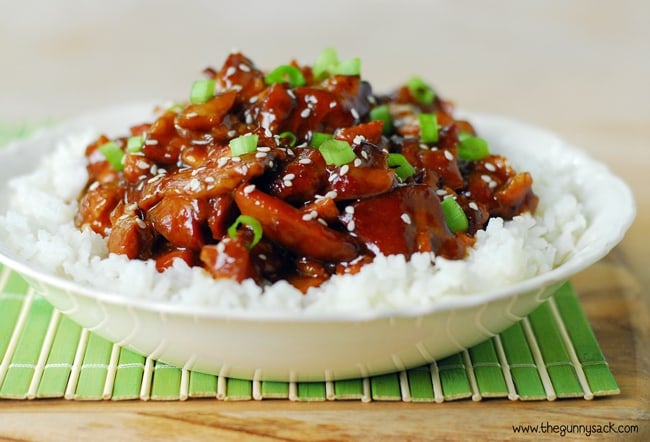 Remove from heat and sauce will thicken more as it cools. Serve over rice. Sprinkle with sesame seeds and green onions. 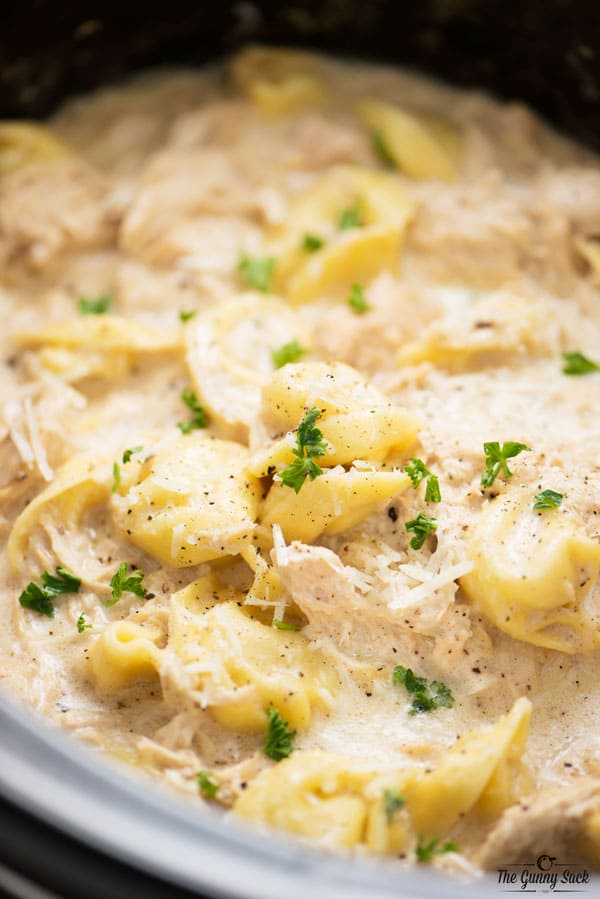 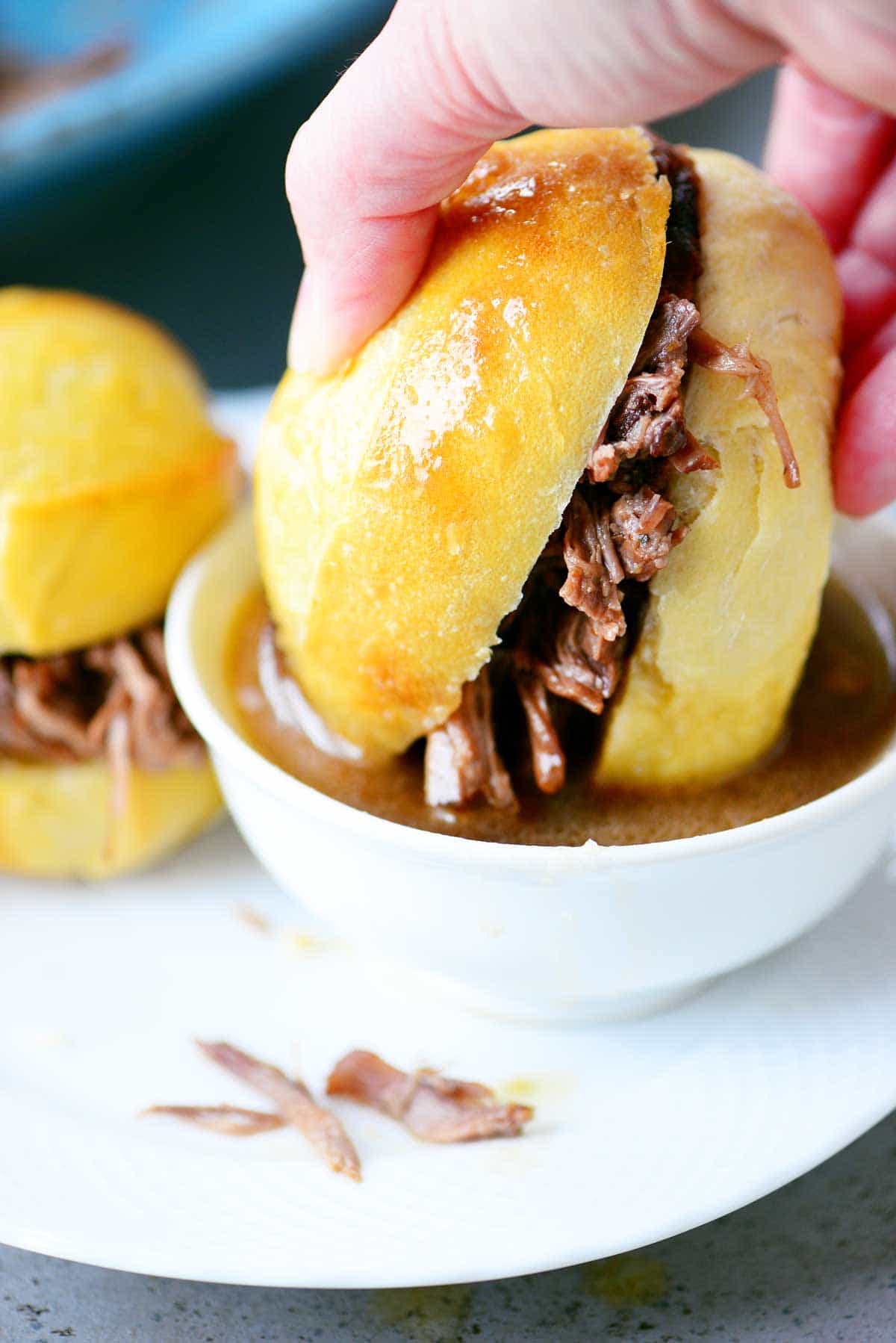