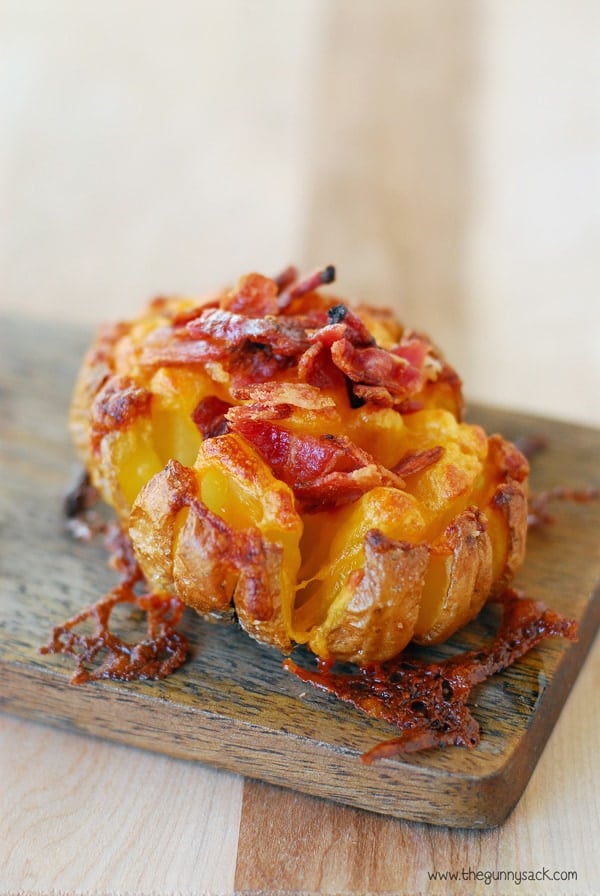 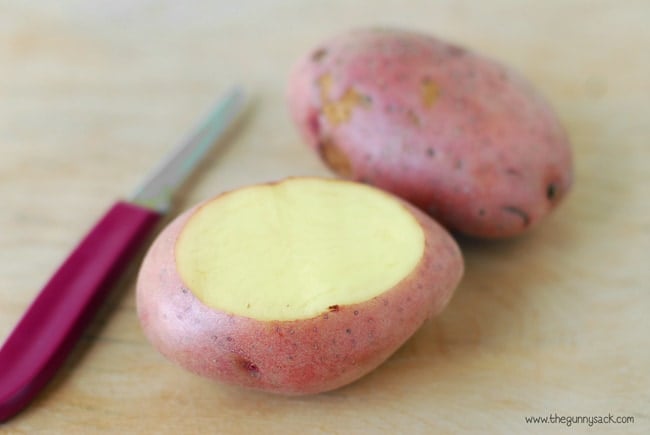 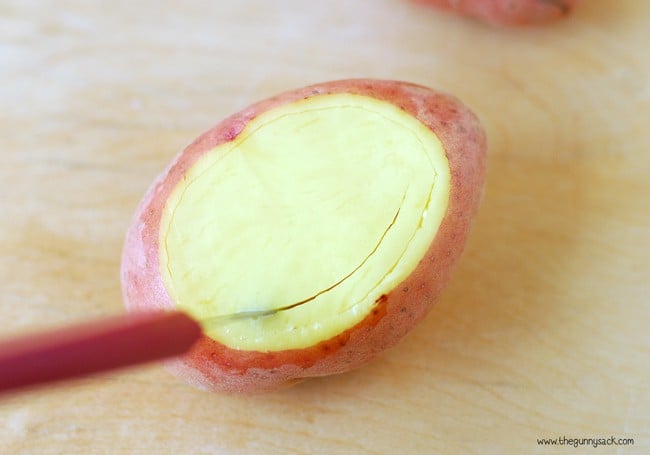 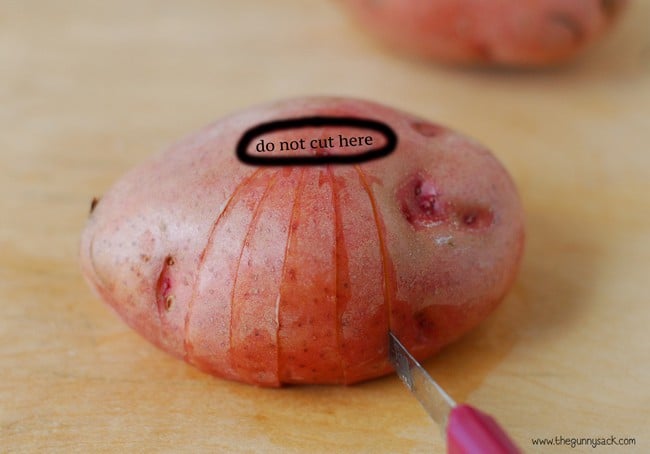 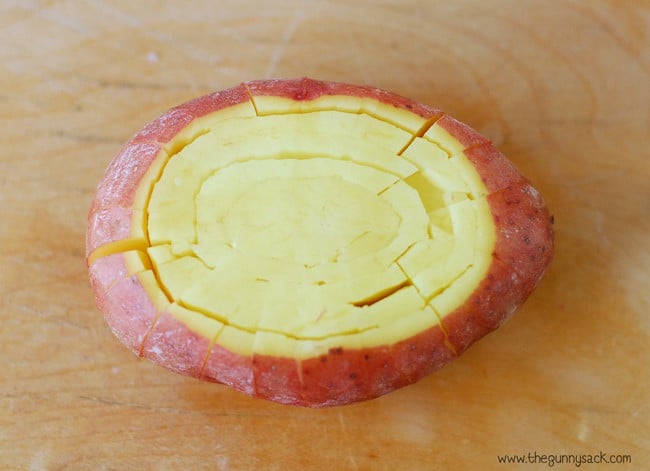 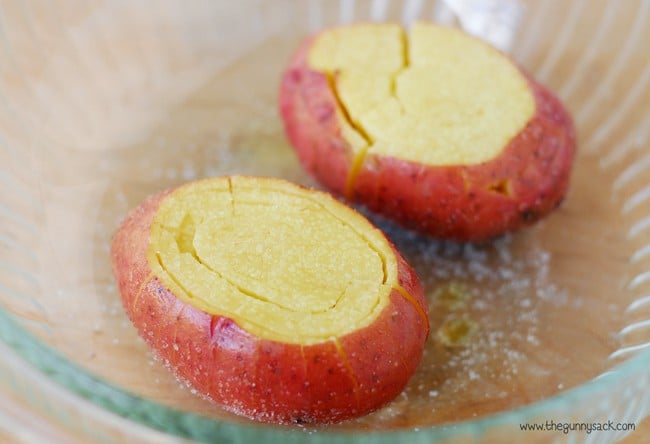 Brush the whole potato with olive oil and sprinkle with sea salt. 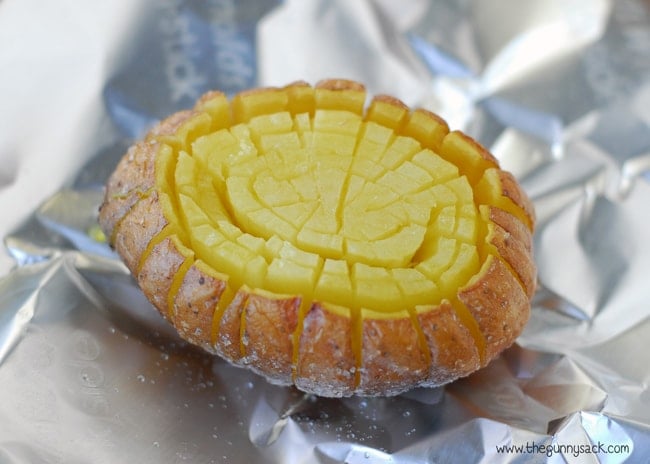 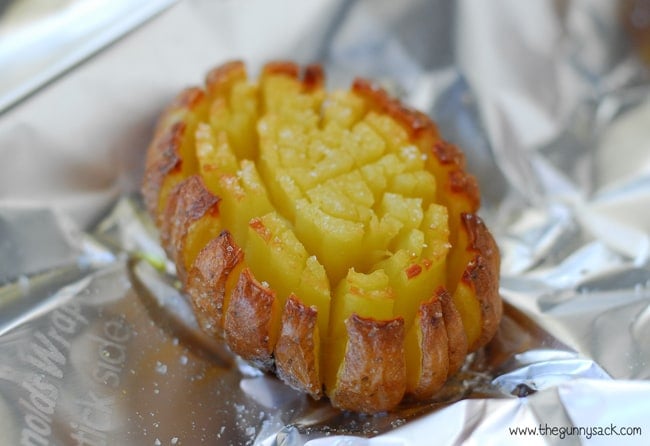 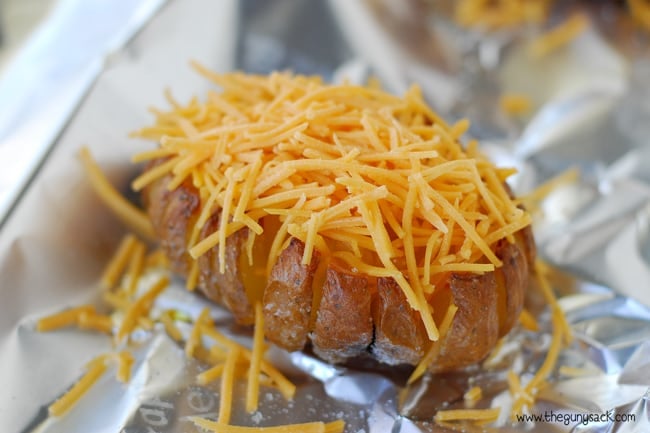 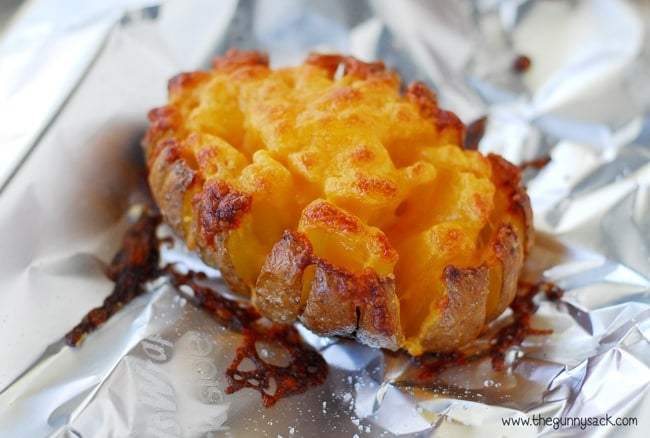 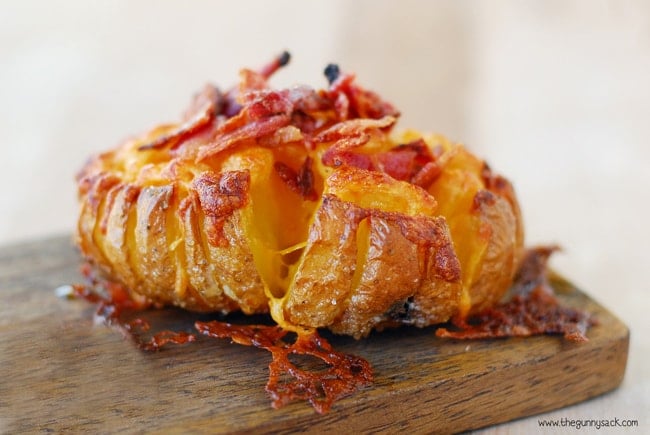 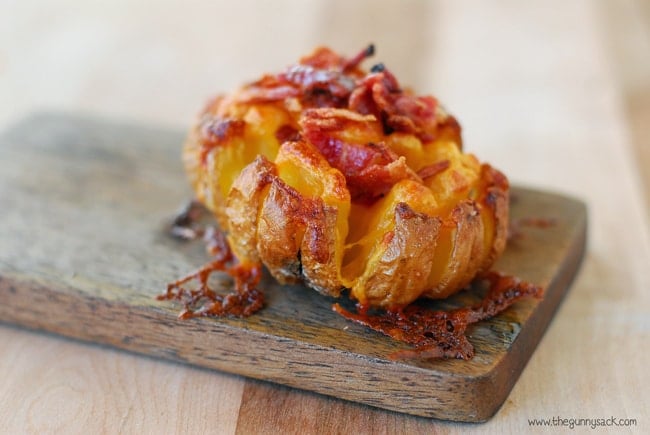 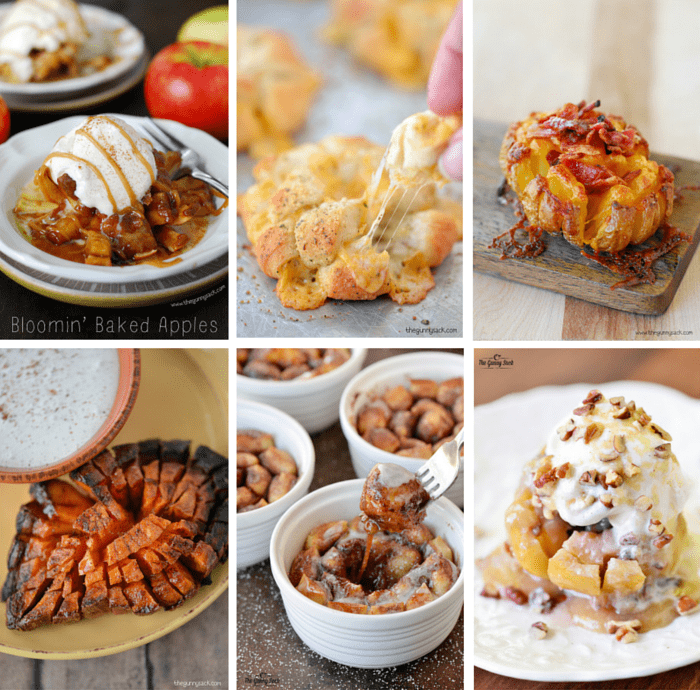