Cinnamon Snack Toast is a crispy, crunchy treat you can make at home. This easy cinnamon toast recipe is an alternative to trenary toast and zweiback! 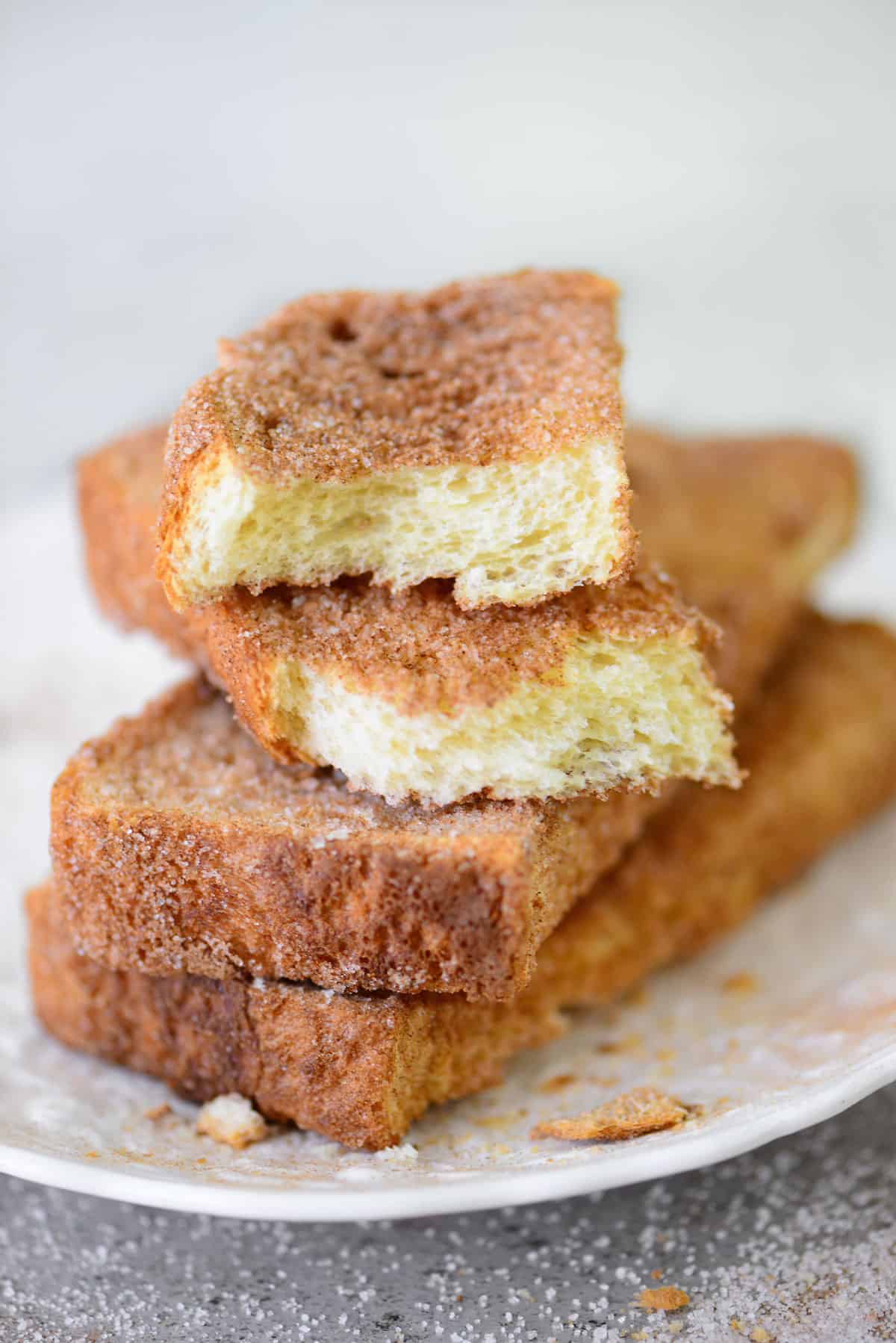 Then, of course, he turned to me, the daughter with the food blog, wondering if I could make him some. I felt sorry for the poor guy and told him that I would have a couple different kinds for him to try by Father’s Day. And of course, he was delighted and said you promise?

So, I started researching and talking to people about how to make cinnamon snack toast. I tried a recipe for cinnamon rusks which was delicious but the texture was more cake-like and they reminded me of biscotti. I found a recipe for homemade zweiback which looked appealing but with how much my dad loves cinnamon toast, I knew I couldn’t commit to making homemade bread for him every week.

How To Make Cinnamon Snack Toast: 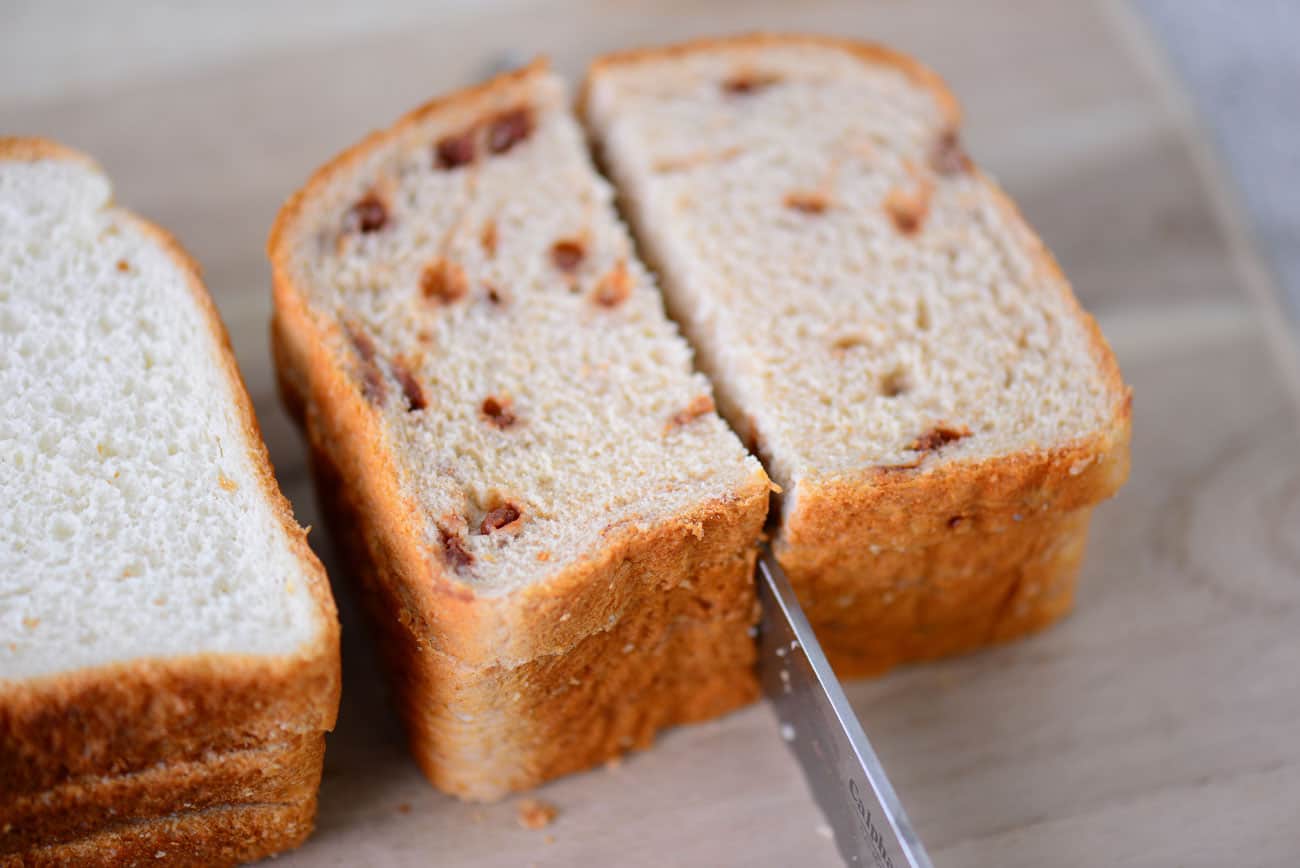 Step One: Cut Your Bread and Dampen It

You can use whatever kind of bread you want to make this cinnamon toast. I made it with Texas Toast Bread and Cinnamon Burst Bread.

The Texas Toast Bread is much thicker, but the Cinnamon Burst Bread is a sweet bread. Whichever bread you choose, start by cutting several slices in half. 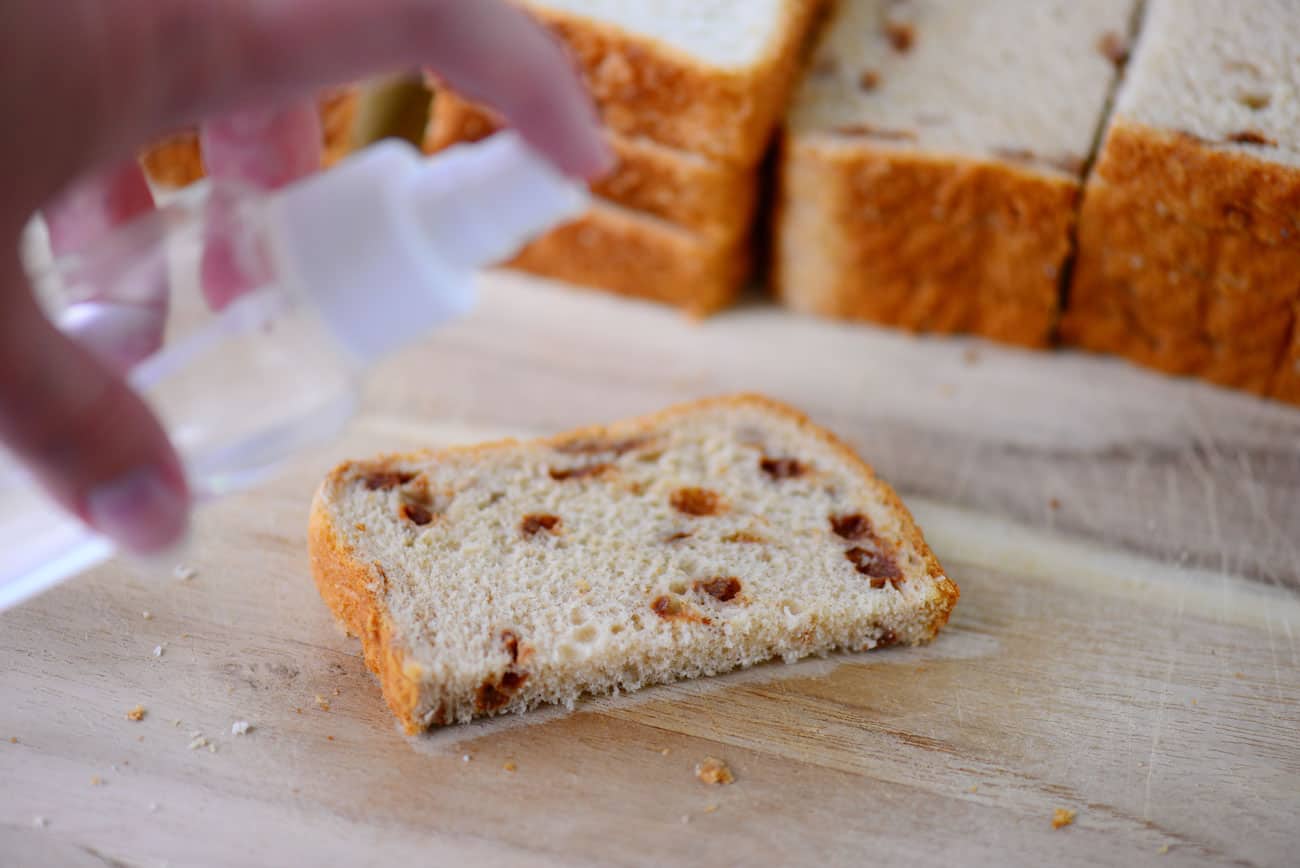 Fill a small, misting spray bottle with water and lightly spritz a slice of bread on both sides. 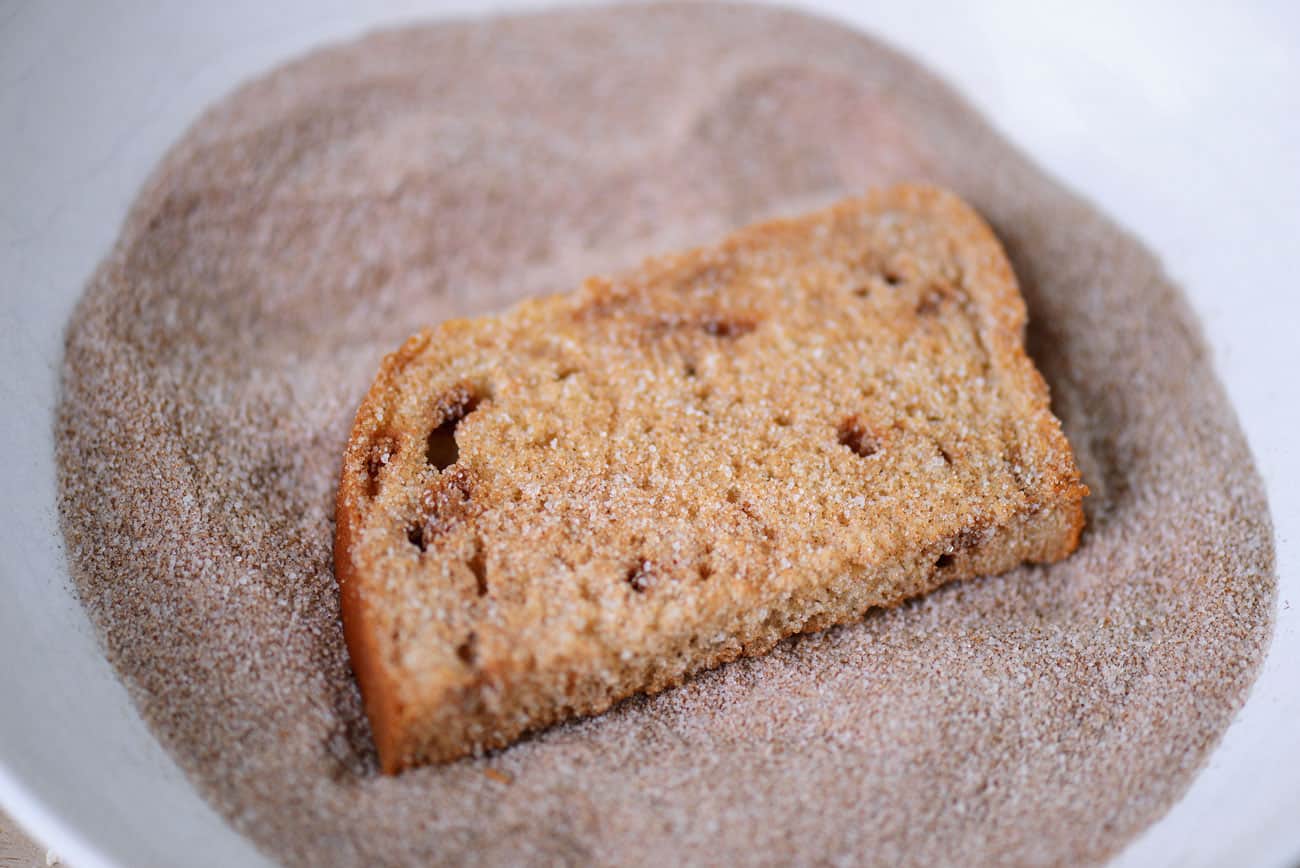 Step Two: Coat the Bread and Bake It

Coat both sides of the bread with a mixture of cinnamon and sugar. 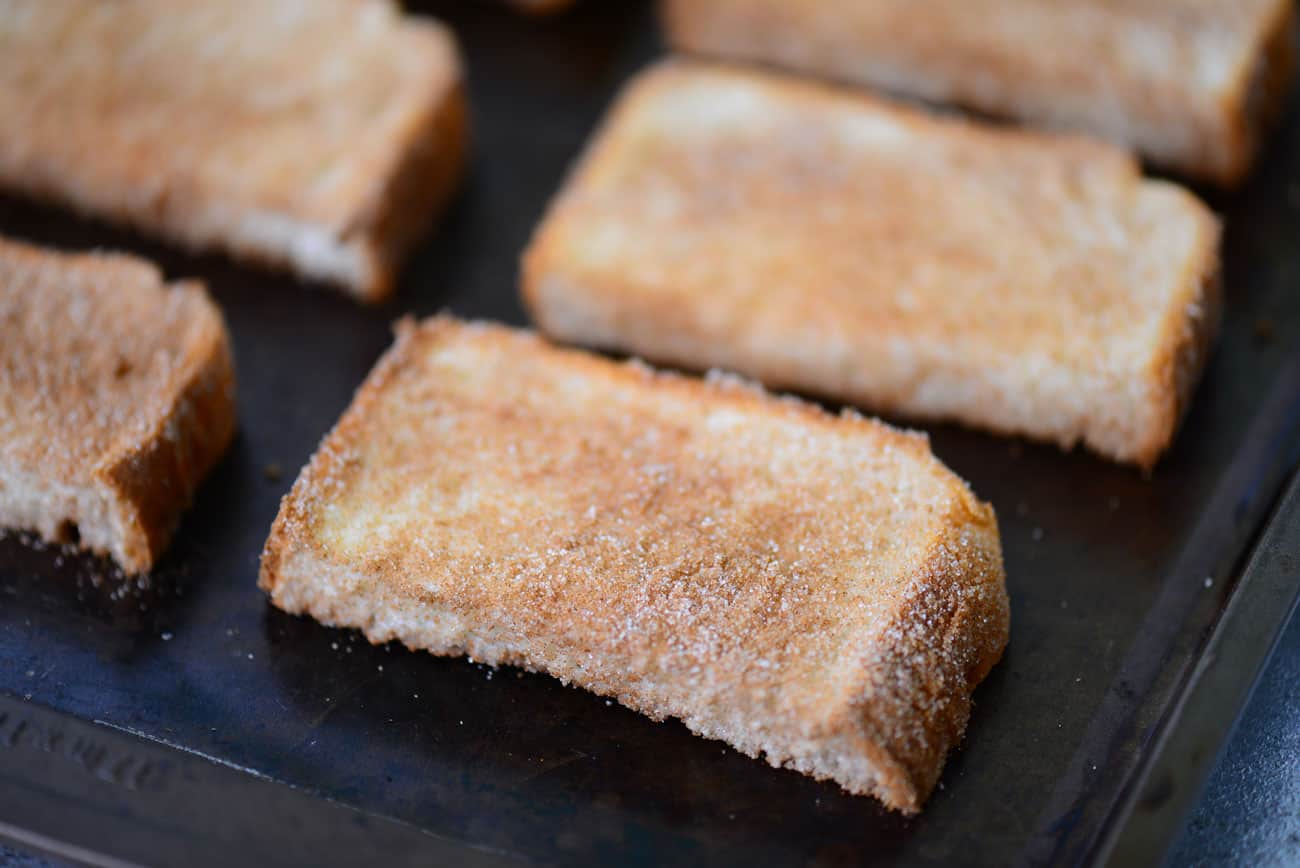 Lay the slices on a large baking sheet. I used my jelly roll pan. If you are doing more than one kind of bread, use different pans for different thicknesses because the thinner bread will take less time to bake. 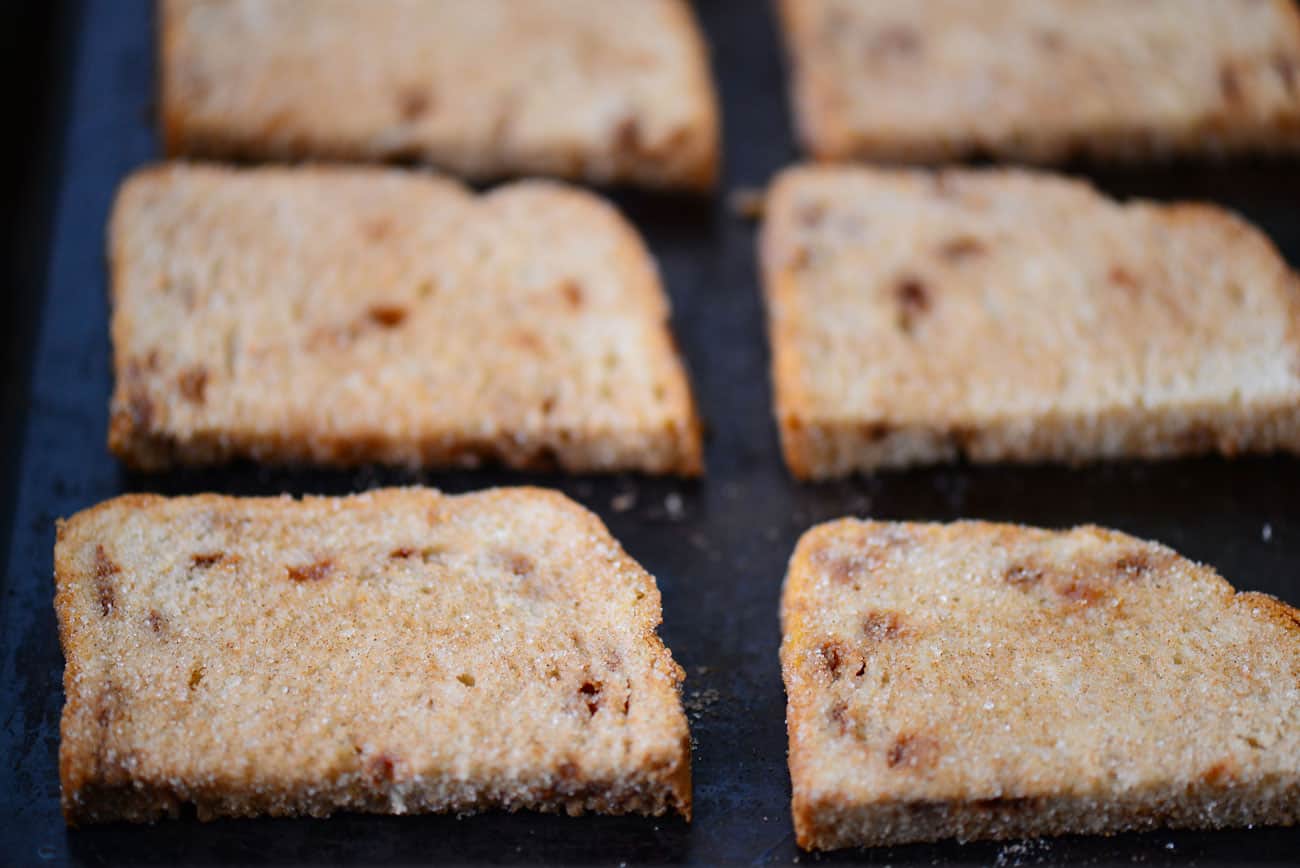 Bake at 220 degrees for 45 minutes and then flip the cinnamon toasts over. Return to the oven and bake for an additional 45-75 minutes, until the bread does not give when you press on it. You want it to be dry, hard and crunchy. 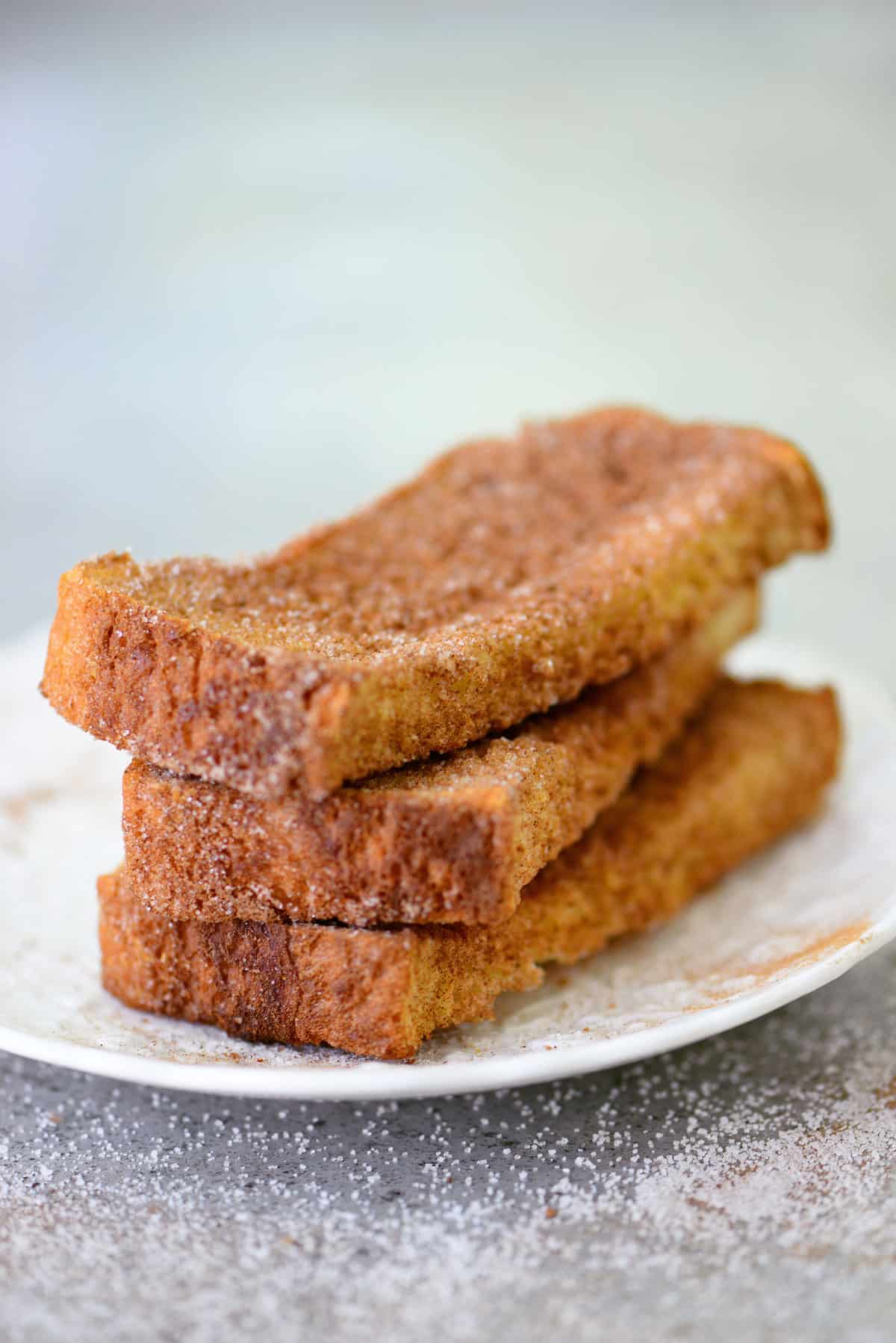 Allow the cinnamon snack toast to cool completely before moving it to a storage container. 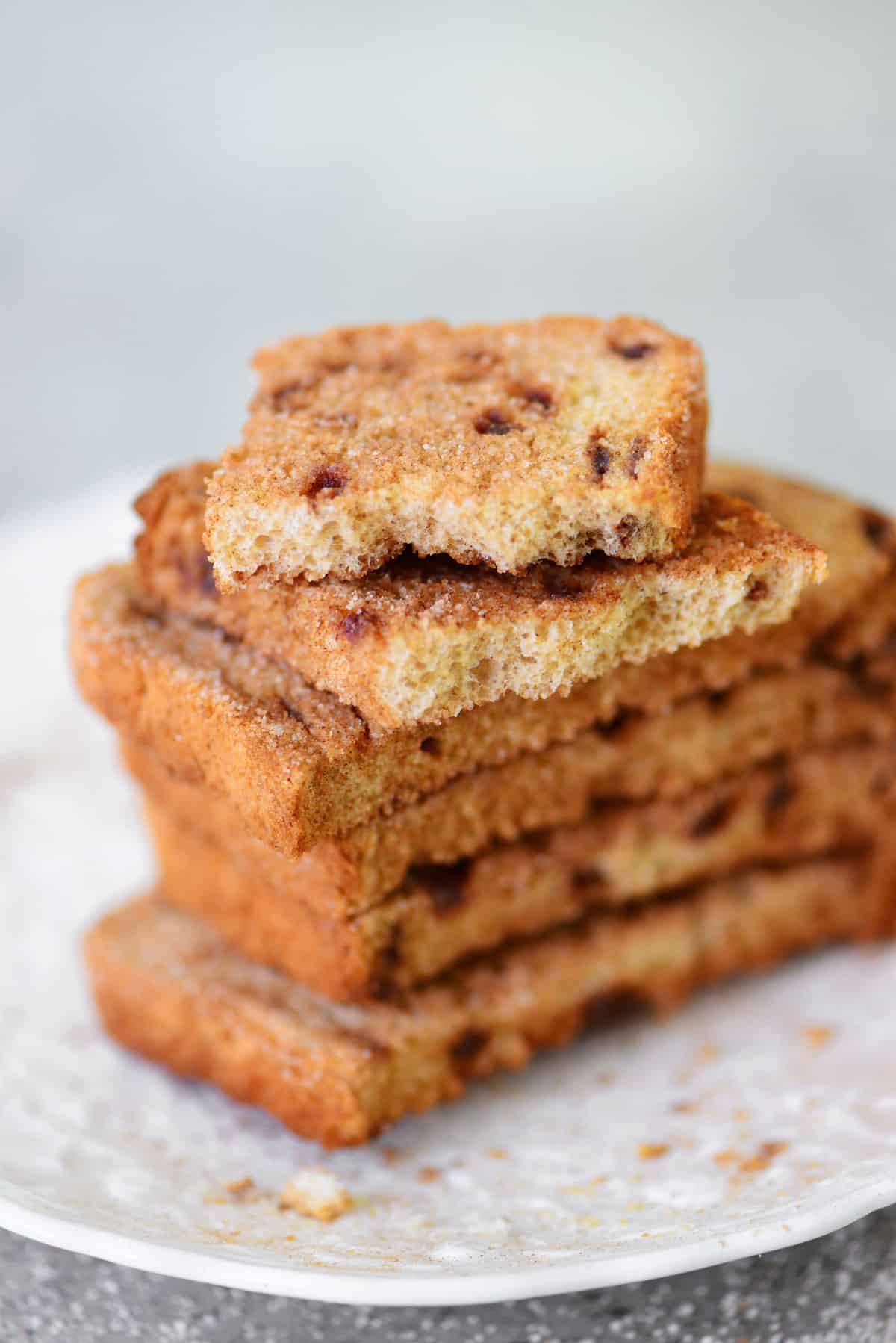 And the verdict from my dad, was a robust “OHHH, LAH” Which is his way of saying it was awesome. My mom immediately asked if I had put the recipe on my blog yet because she knows that my dad is going to be wanting more in the very near future.

If you like thicker slices use thicker bread or if you want more cinnamon flavor, use a cinnamon bread.

2. Where can I buy this already made? My dad has bought it from Trenary Toast or family friends have gotten it for us from a store in the upper peninsula of Michigan.

4. Is there a lighter version of this recipe? Choose a lighter bread and a sugar substitute.

Here are a couple more cinnamon recipes to try:

Apple Cinnamon French Toast Casserole is the perfect breakfast for fall weekends, overnight guests, or holiday brunch. It can be prepared the night before!

There’s nothing better than enjoying a cup a hot coffee with a slice of something like this fantastic Cinnamon Coffee Cake.