I am a member of the Collective Bias™ Social Fabric® Community. This content has been compensated as part of a social shopper insights study for Collective Bias™. #CBias #SocialFabric 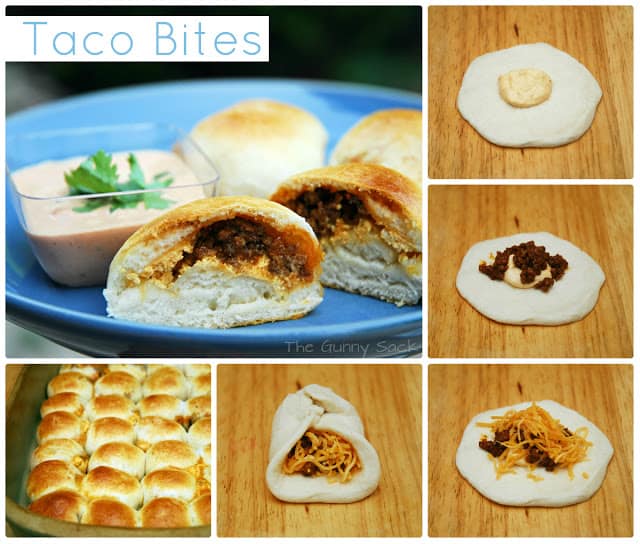 One of my most popular posts, Easy Pepperoni Rolls, is the very first recipe I ever posted. I decided to revisit that recipe by making a new version called Taco Bites. With autumn just around the corner, we have all of the fun fall festivities on the way! These Taco Bites would be perfect as appetizers at fall celebrations and would also be great for after school snacks. 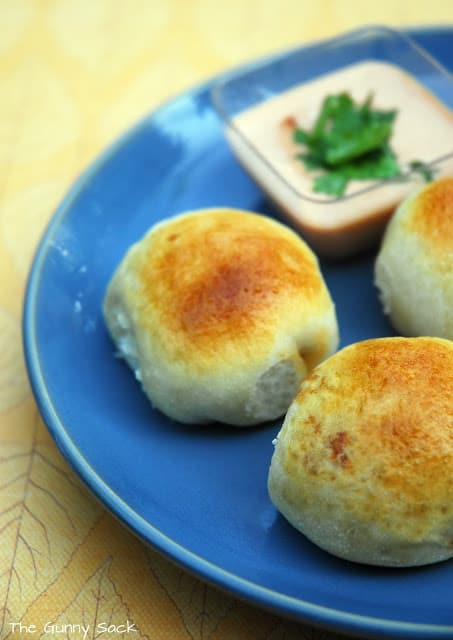 These Taco Bites start with simple refrigerator biscuits and end up as delicious appetizers. I love how simple they are to make. I have not tried freezing them yet because my family eats them before I have a chance to freeze them. Someday I would like to see how well they freeze because it would be nice to make them ahead of time and just warm them as needed. 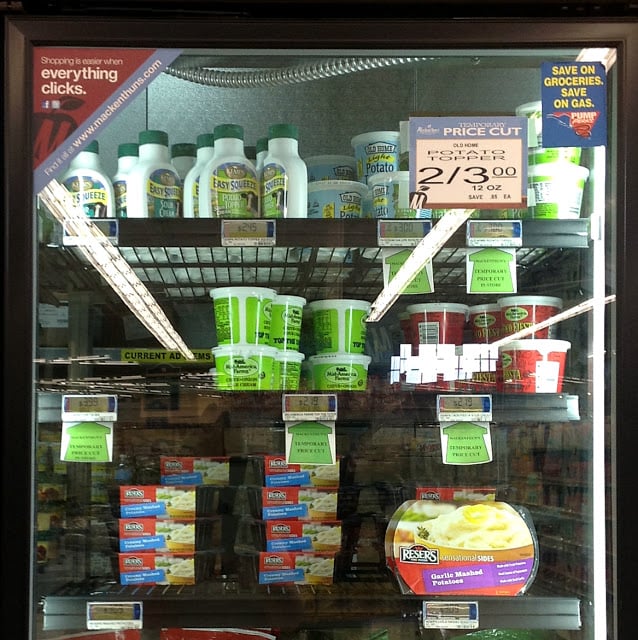 I went shopping at a local grocery store and found 2 versions of Mid-America Farms Top the Tater by Kemps. I am already very familiar with the chive and onion flavor but I have never seen the Taco Fiesta flavor. It is the perfect choice for my Taco Bites because it is a blend of peppers, onions and spices with a mild zing.  We use the chive and onion flavor for tacos, potatoes, chip dip and in a cheesy potato casserole. 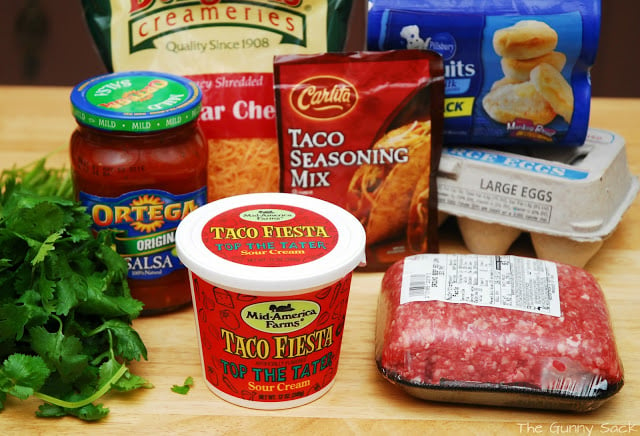 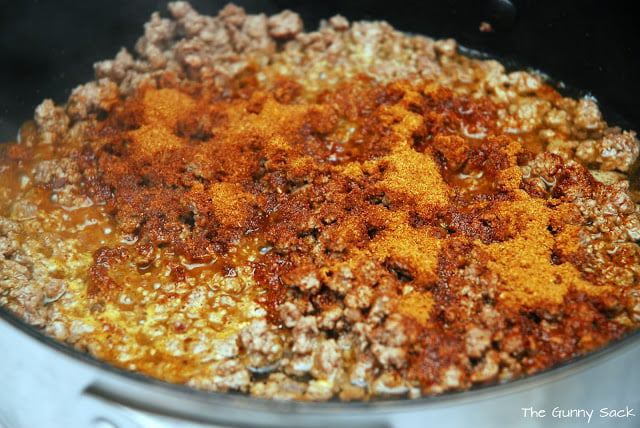 The first step was to brown the ground beef and add the taco seasoning according to the directions on the package. 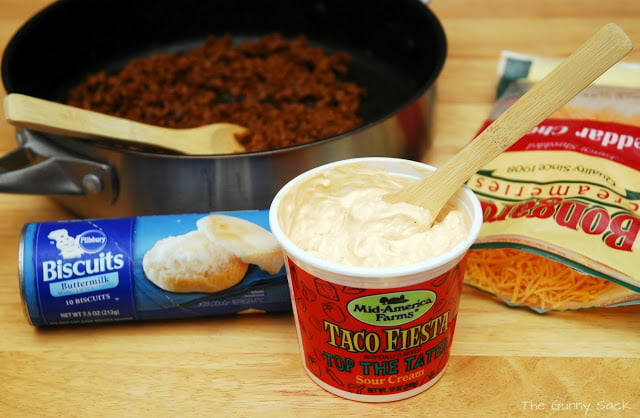 Next, I preheated the oven to 425°F and gathered the supplies for the Taco Bites: taco meat, 3 tubes of buttermilk biscuits, shredded cheese and Taco Fiesta. 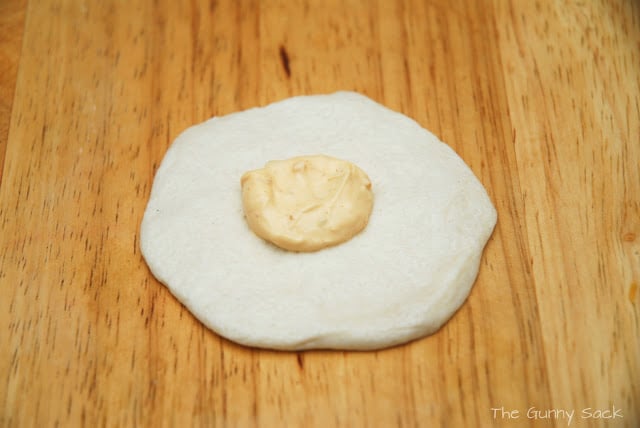 I flattened out the biscuits into circles that were about 3 1/2 inches in diameter. I added a dollop of Top the Tater Taco Fiesta Sour Cream in the center of each biscuit. 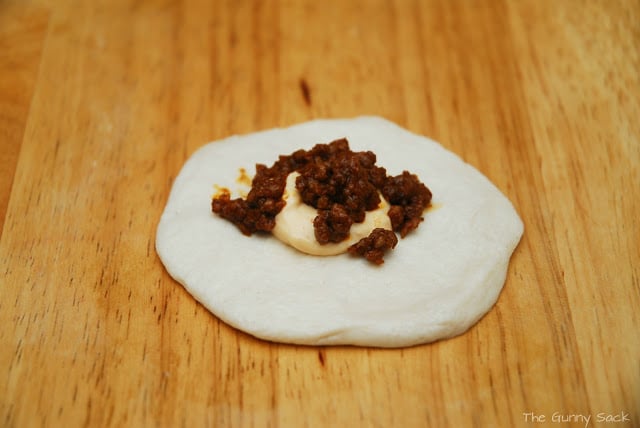 I added a small spoonful of taco meat to the top of the sour cream. 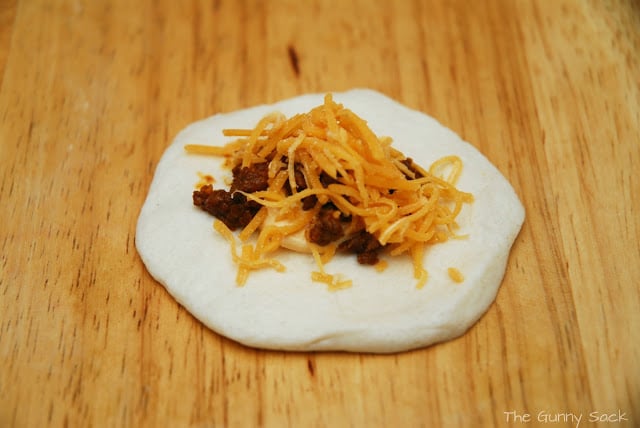 Next, I added a sprinkle of shredded cheddar cheese. 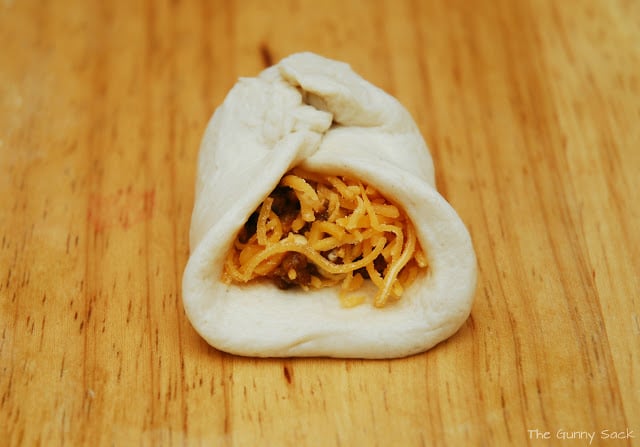 I gathered the edges of the biscuit and pinched them in the center over the ingredients. I lined them up, pinched side down, in a greased 9×13 inch pan. I was able to fit 28 taco bites in the pan so there were 2 extra biscuits. 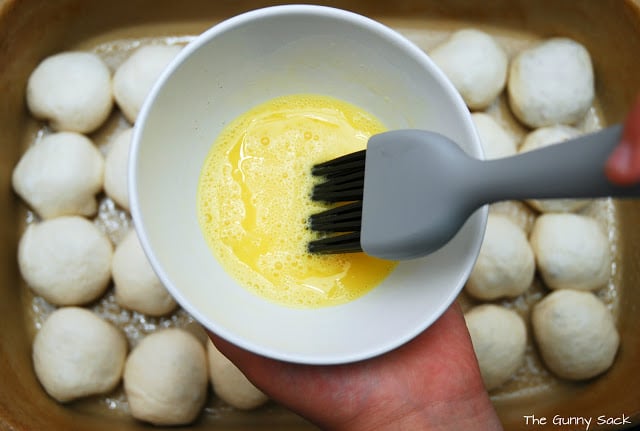 Next, I beat an egg and brushed it over the taco bites. 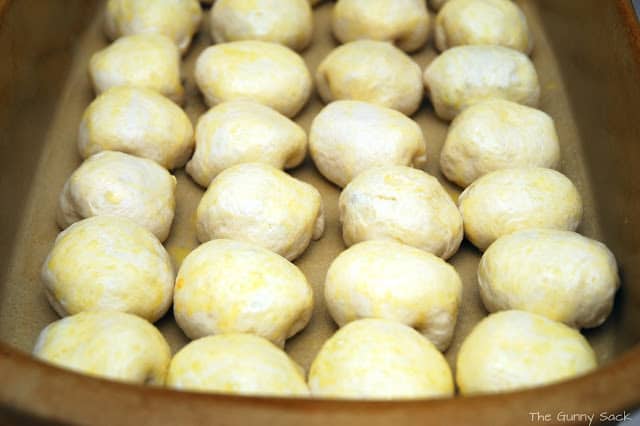 Here are the taco bites just before placing them in the over. 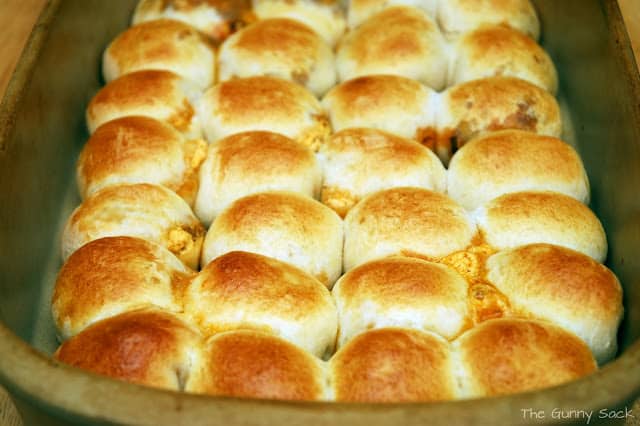 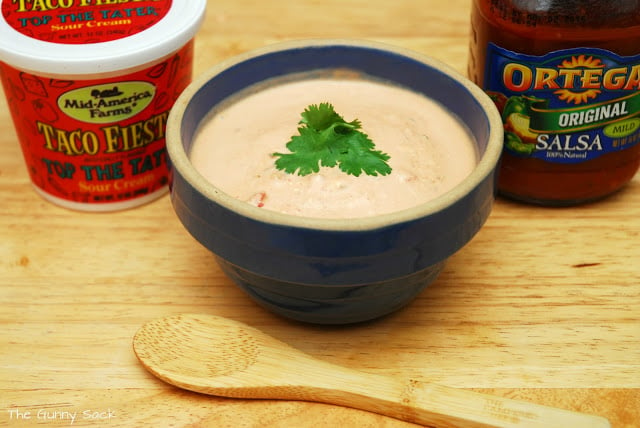 While the Taco Bites were cooling, I mixed together equal parts of Top the Tater Taco Fiesta and salsa. We used this mixture as a dip for the Taco Bites but it would also be delicious as a salad dressing. 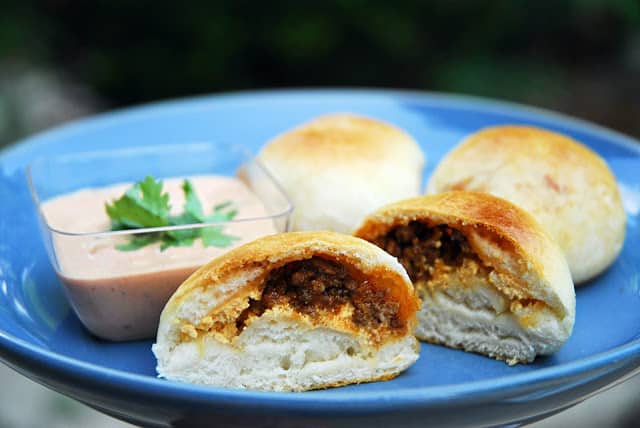 I put the dip into small containers and added chopped cilantro. The inside of each Taco Bite looks a bit different but they all tasted delicious. The addition of Top the Tater Taco Fiesta added flavor and moisture to the bites. My oldest was unsure about trying them but once she did she said they were delicious!
What is your favorite way to enjoy Top the Tater?
I am a member of the Collective Bias™ Social Fabric® Community. This content has been compensated as part of a social shopper insights study for Collective Bias™. #CBias #SocialFabric
« Chocolate Chip Cookie Delight
How To Print On Brown Paper Lunch Bags »