Instant Pot Corn On The Cob is a super quick and hands-off way to make corn on the cob. The sweet corn can cook while you work on other dishes! 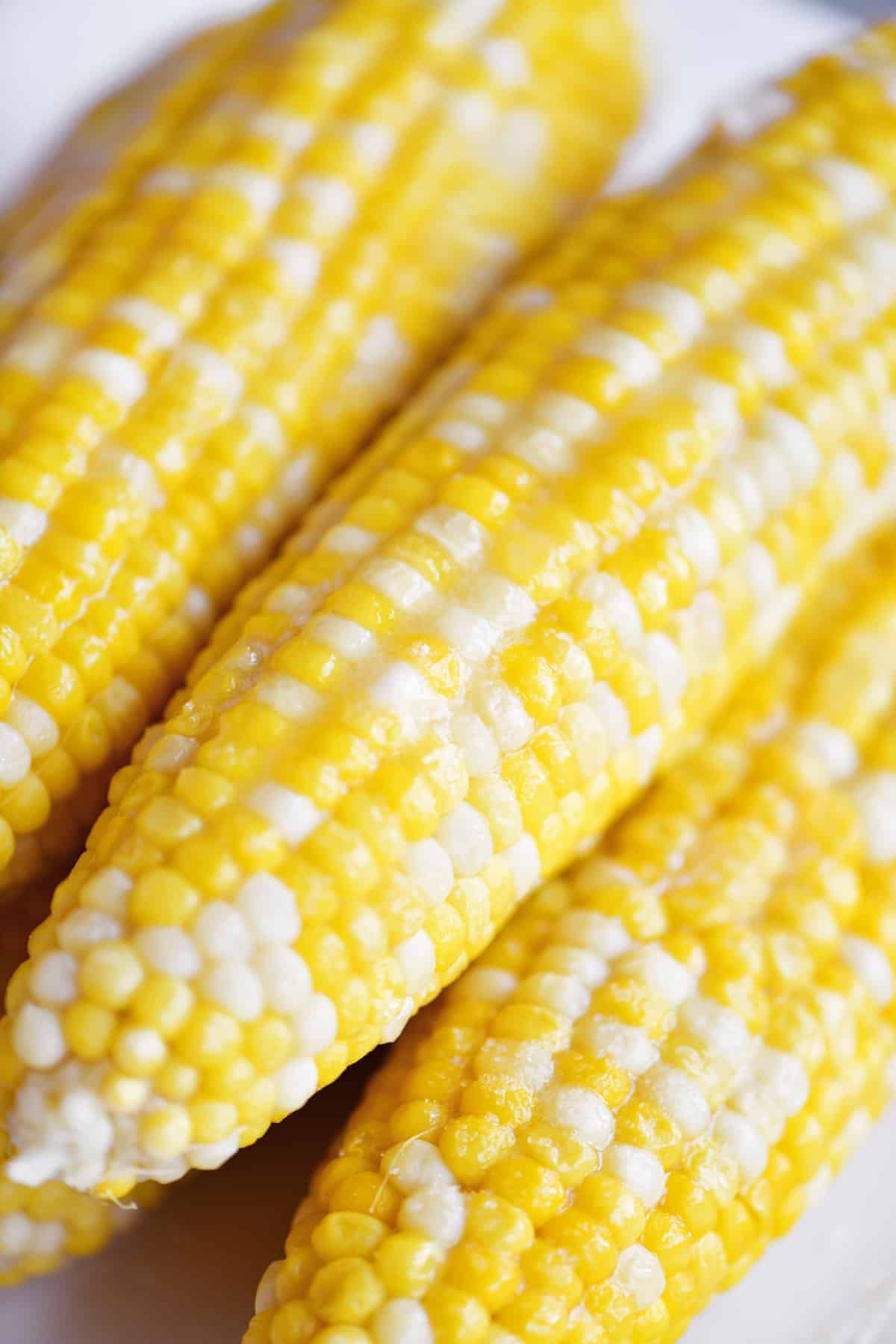 Sometimes the best recipes are the ones that are hands-off. Using an Instant Pot to cook corn on the cob is about as easy as it gets.

There’s no water to boil like when making boiled corn on the cob and no oven to preheat like when roasting corn in the oven. The step that takes the longest is shucking the corn so get your kids to help with that step.

Where is the instant pot corn on the cob recipe? In this post, I will share step-by-step instructions with photos for how to make the sweet corn, as well as answering FAQs about the recipe and sharing a short video showing the recipe in motion. But you can go directly to the recipe by scrolling down to the bottom of the post. 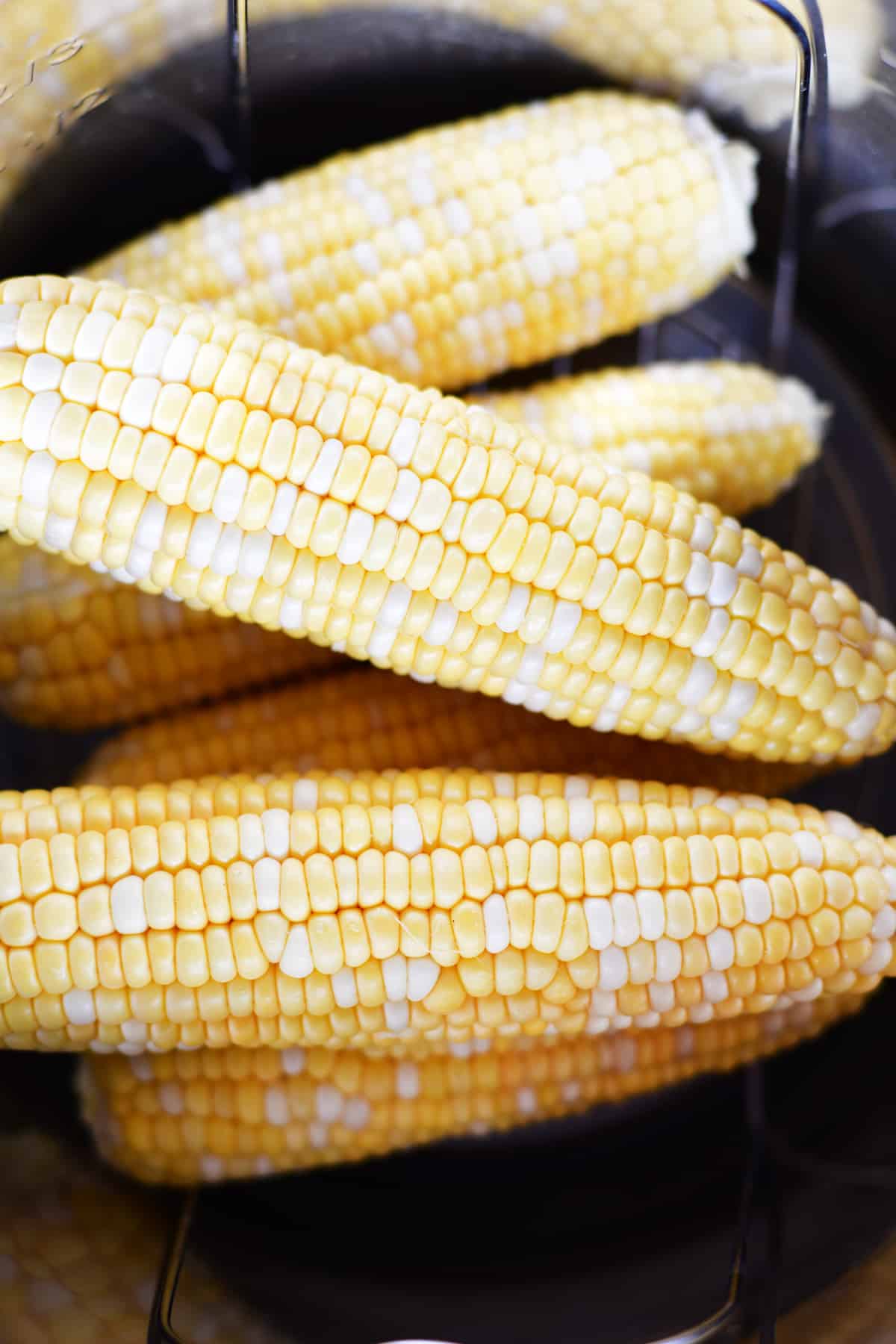 Put the steam rack in the Instant Pot.

Stack peeled corn on the cob and pour in the water. 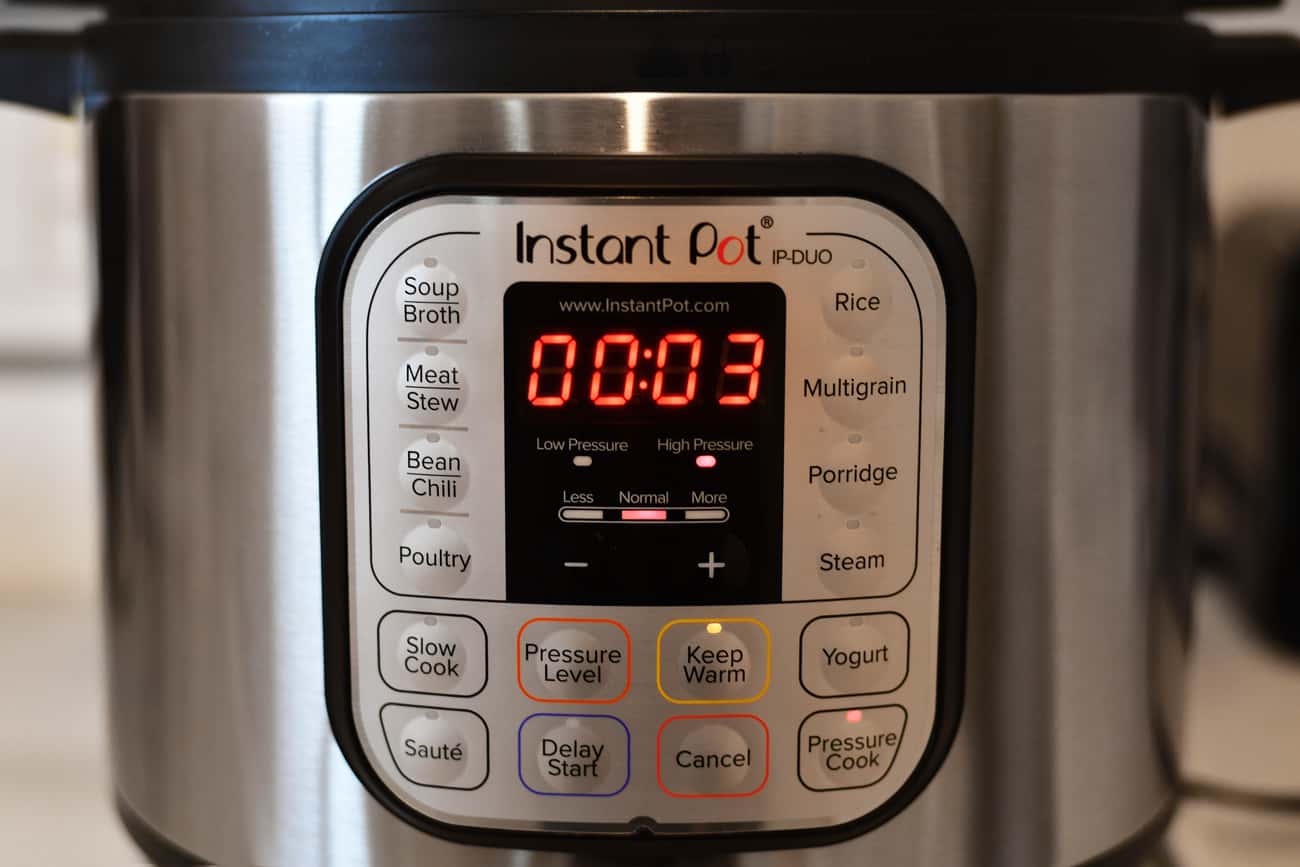 Then, quick release the pressure. 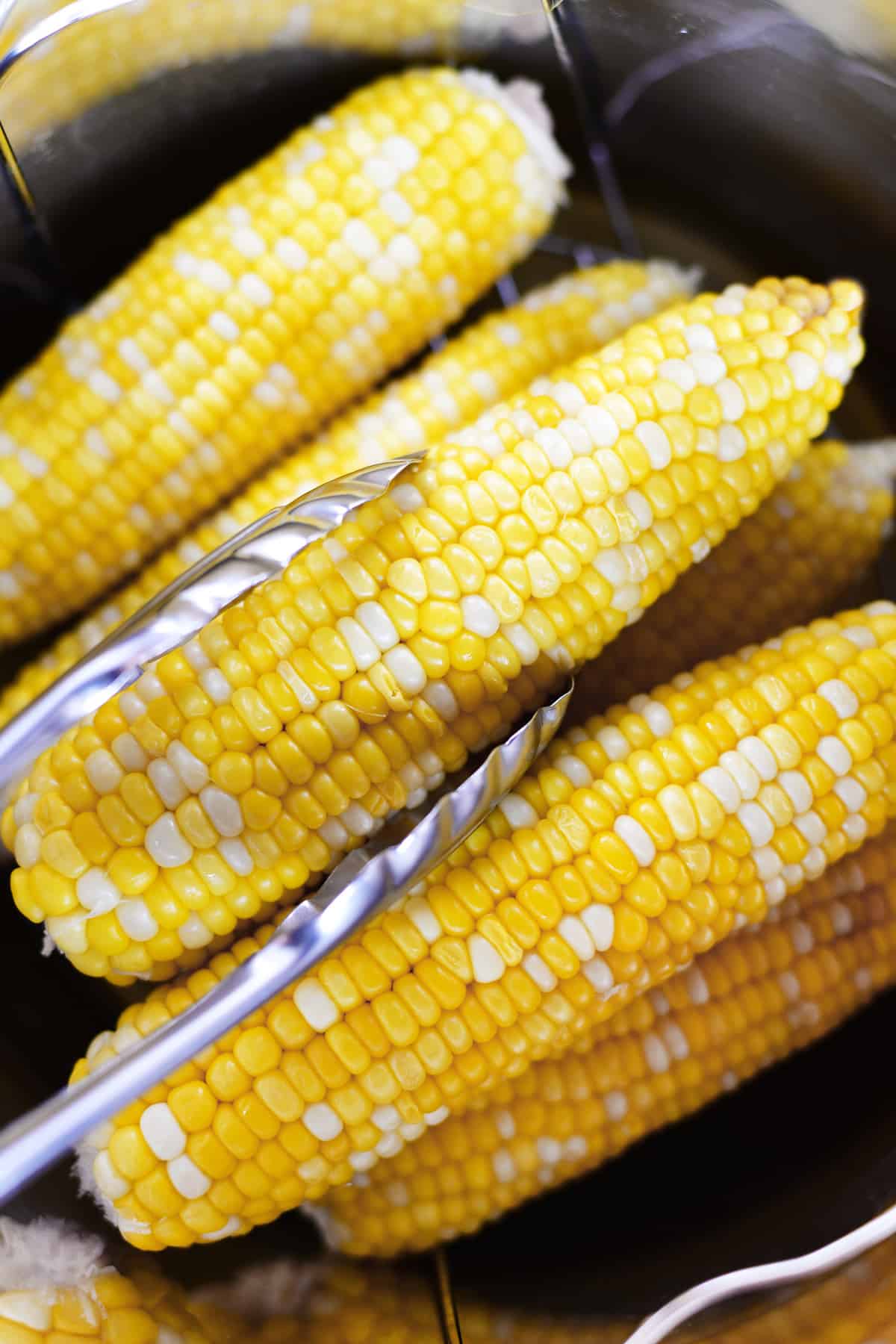 Use tongs to remove the cooked corn on the cob. 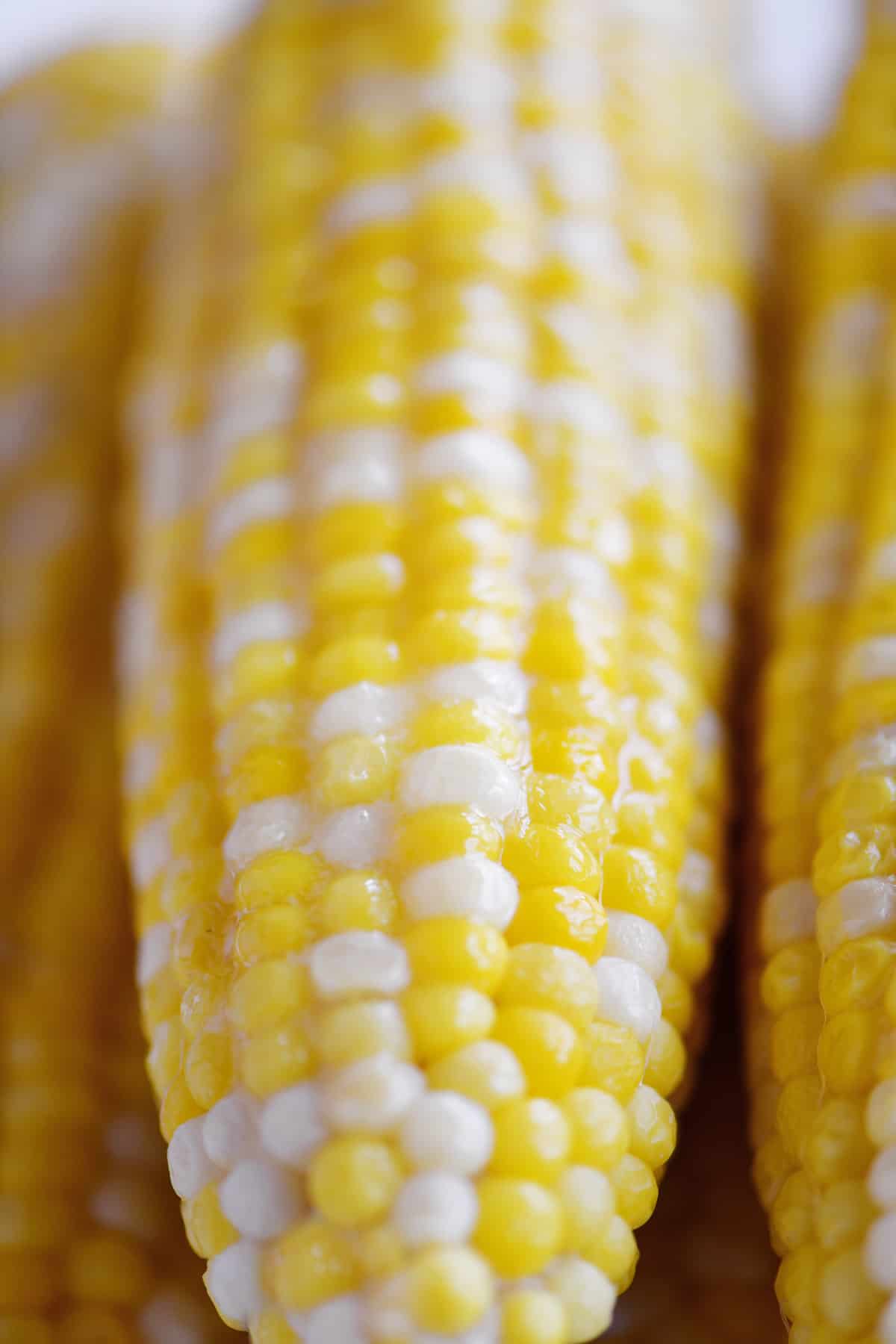 Slather the hot corn on the cob with butter and sprinkle with salt. 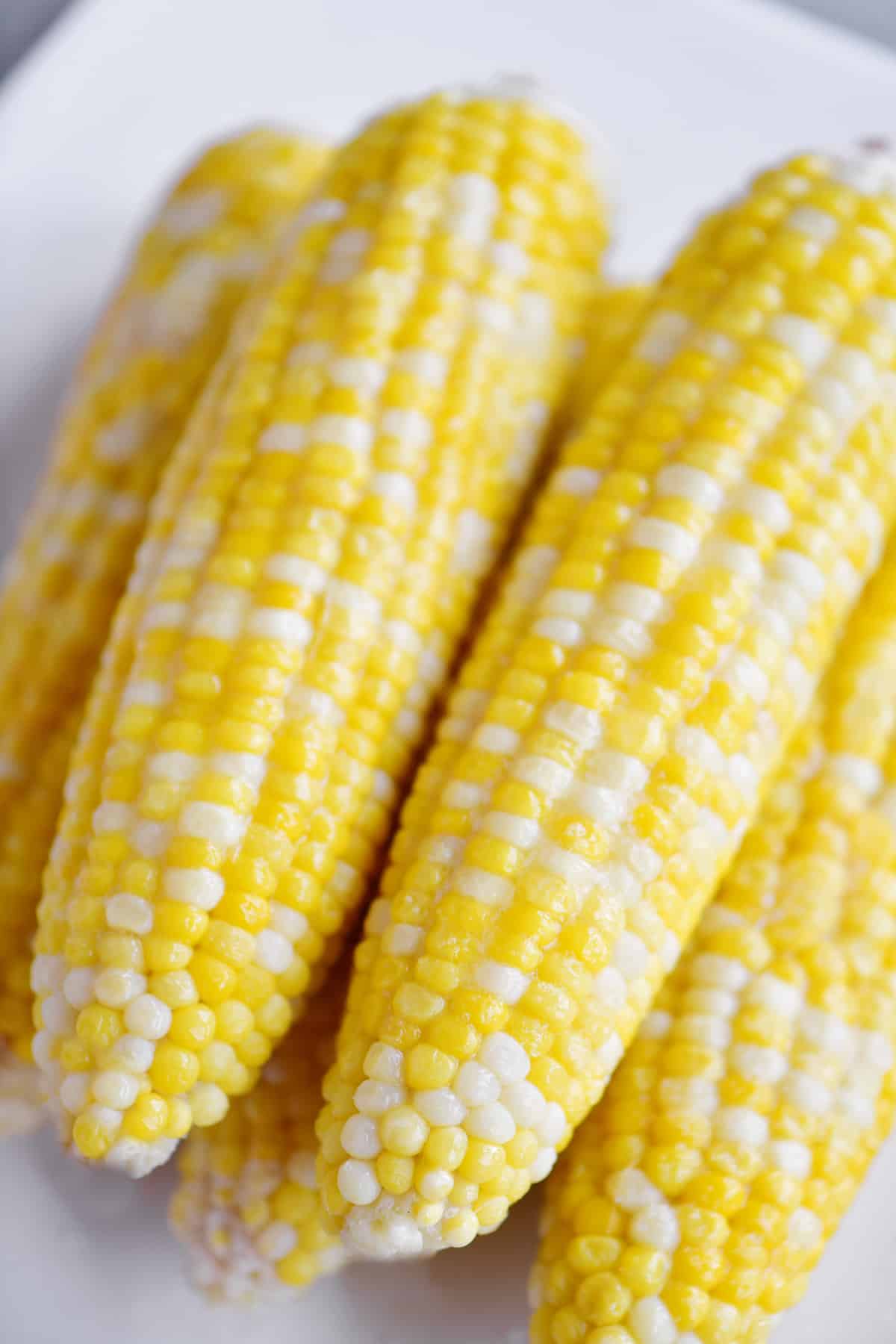 1. How much corn on the cob can I cook in my Instant Pot at one time? You can cook as many ears of corn as will fit in your Instant Pot. I cooked six in mine. 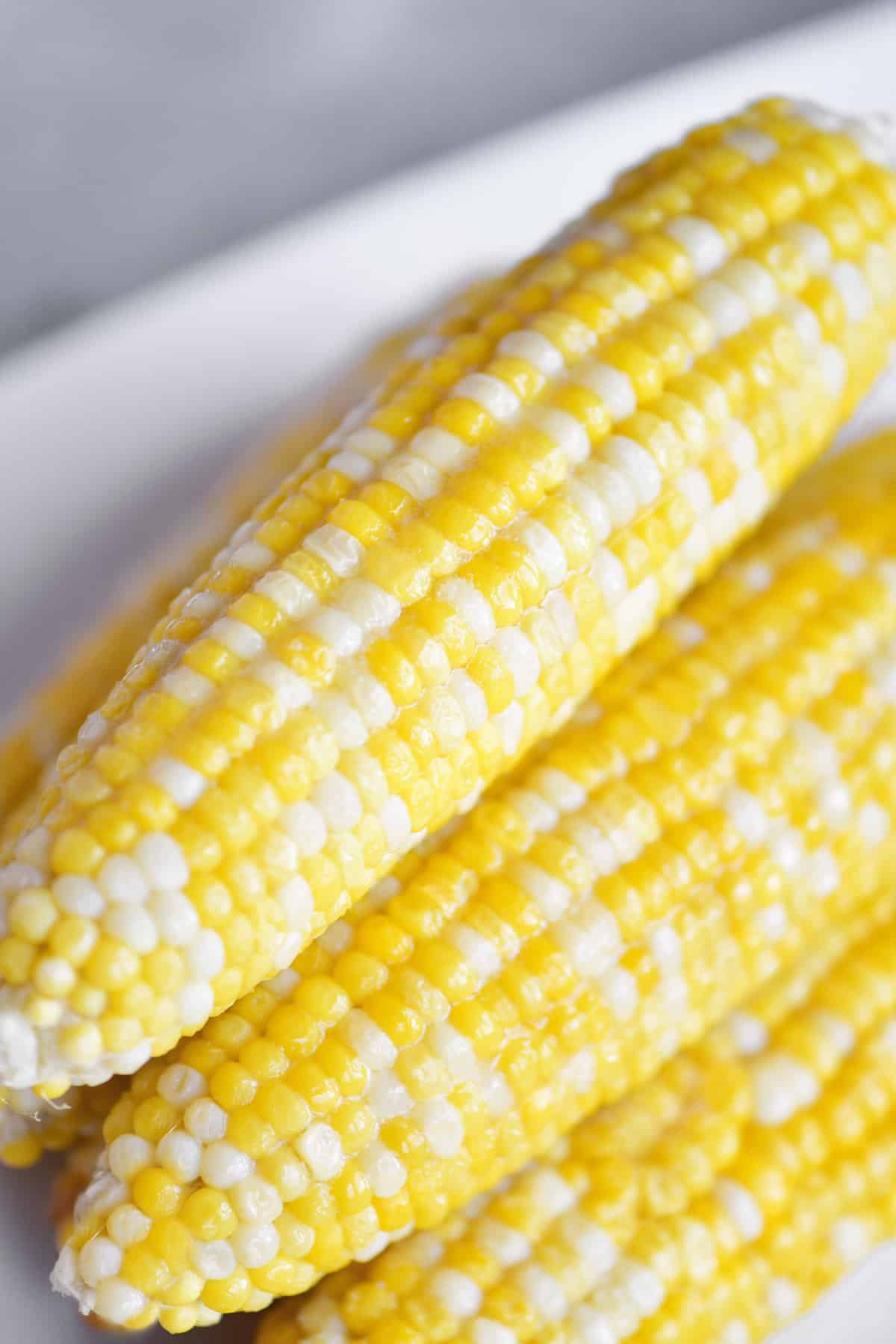 More Ways To Cook Corn On The Cob

Is your Instant Pot already being used to make another dish or maybe you don’t have an Instant Pot? Try one of these ways to make corn on the cob.

Try Grilling Corn On The Cob With The Husks! It’s so easy to do with no prep, no soaking, and no peeling the sweet corn beforehand.

Slow Cooker Corn On The Cob is a hands-off way to make corn on the cob ahead of time and keep it warm too. Use multiple crockpots to make corn for a crowd.