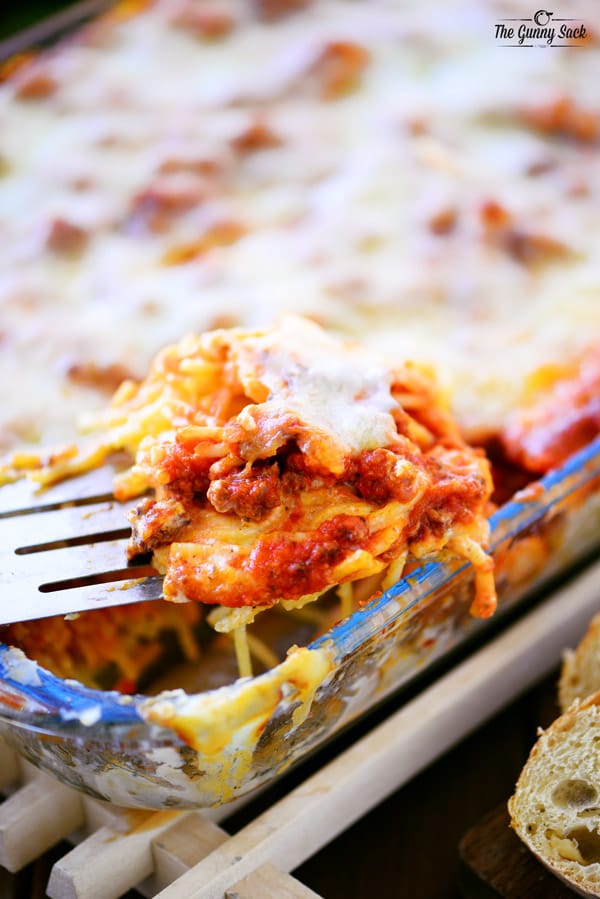 We absolutely loved how it turned out and can now see why it is called Million Dollar Spaghetti…not for the cost, but for the TASTE! 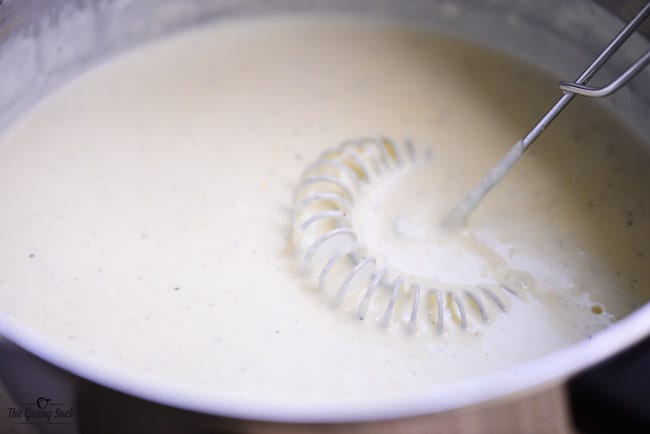 Start by bringing water to a boil for the spaghetti in a large pot. While waiting for the water to boil, begin browning the ground beef with minced onion, seasoned salt, and pepper. Add the thin spaghetti noodles to the boiling water and cook until al dente. When the pasta is done cooking, drain and rinse with hot water. Return to the pot and stir in four tablespoons of butter and set aside. Drain off any excess grease off of the browned hamburger, stir in the spaghetti sauce, and set aside.

Next, make the homemade alfredo sauce. Bring heavy cream, minced garlic, pepper and salt to a boil over medium heat. Add the butter, cream cheese, and sour cream.  Stir until smooth and heat until it starts to boil. Use a whisk, to stir in the shredded Parmesan, one cup at time, until smooth. 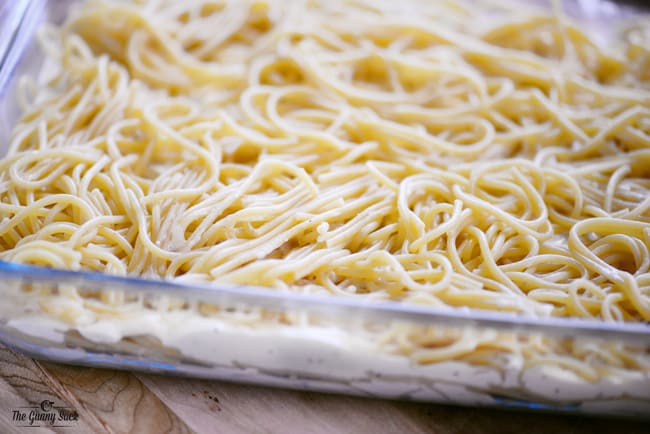 Now you are ready to start assembling the layers. Spread half of the spaghetti noodles in a greased 9×13 pan. Pour the alfredo sauce over the noodles. Top with the remaining spaghetti noodles. 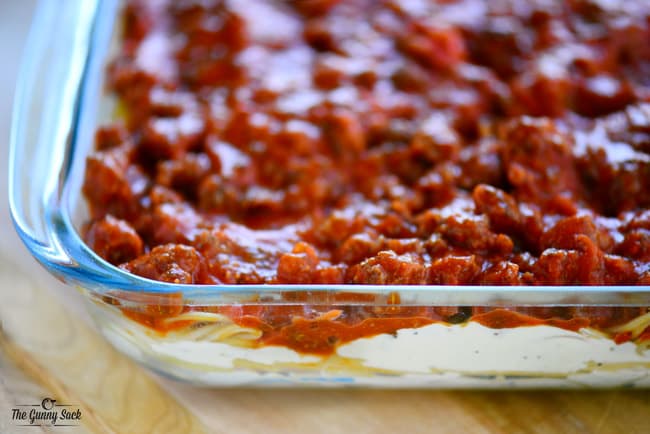 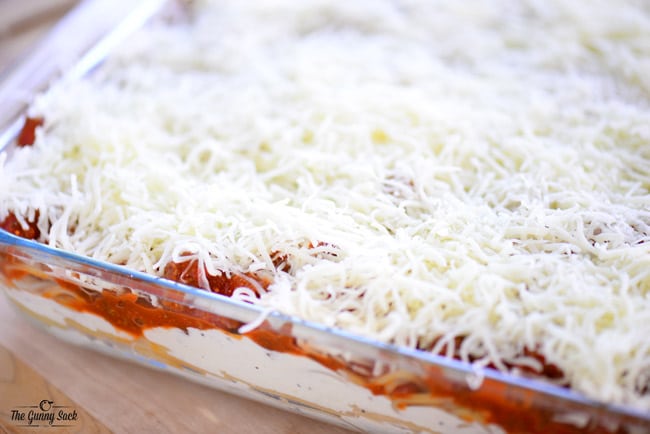 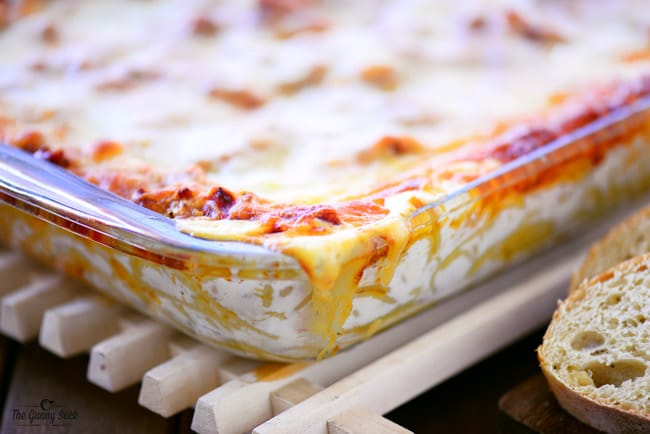 Bake at 350 degrees for 35-45 minutes. If your pan is very full, I would suggest putting a piece of foil or a baking sheet underneath to catch any spill. 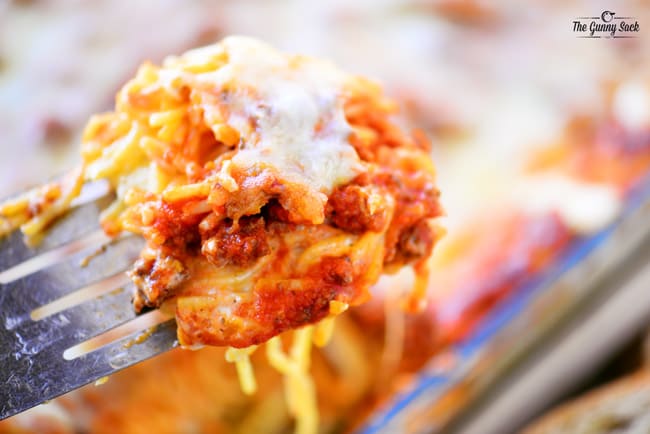 This Million Dollar Spaghetti was so delicious; full of flavor with lots of cheesy goodness. I’ve also tried making it with pepperoni instead of ground beef and we loved it that way too! 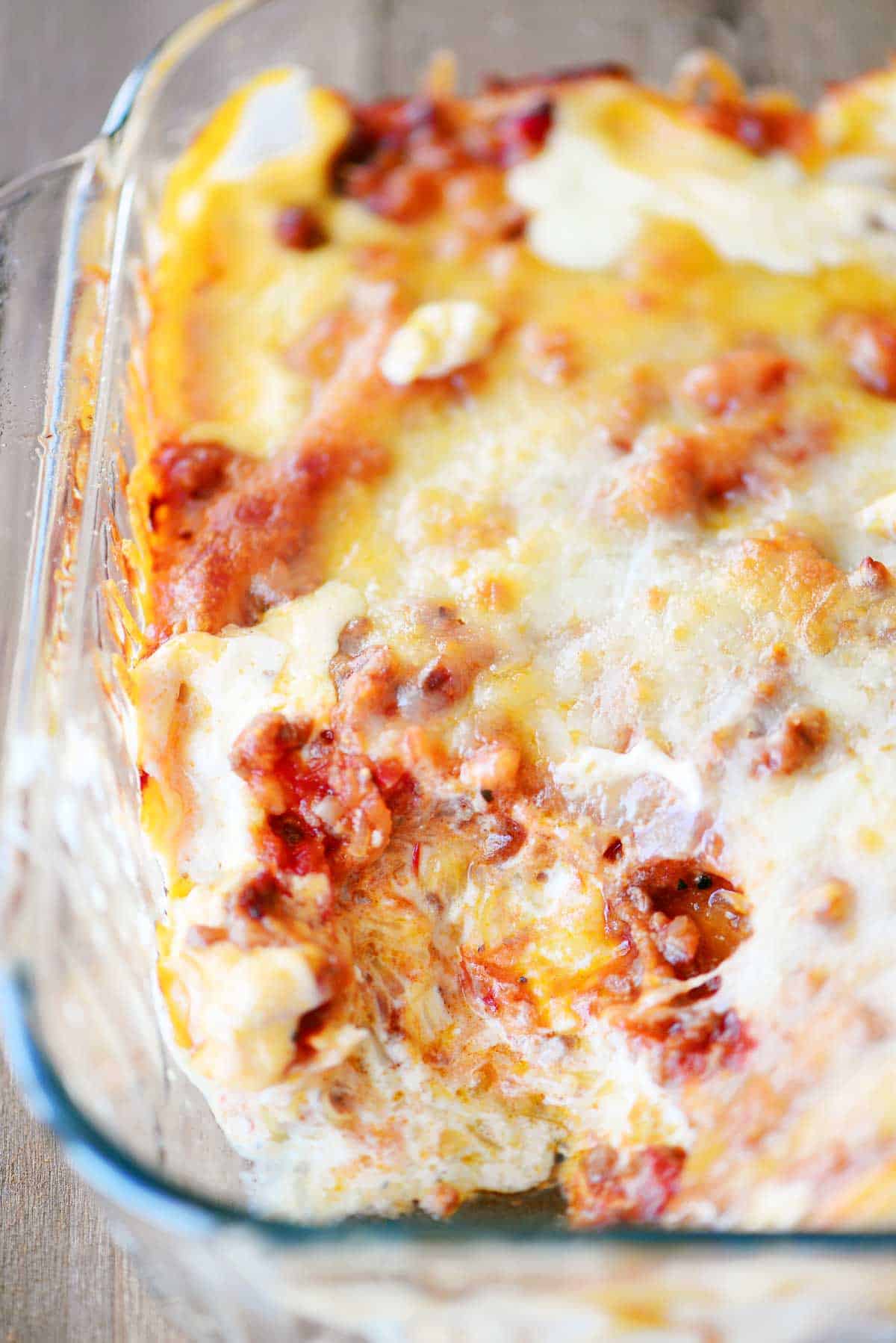 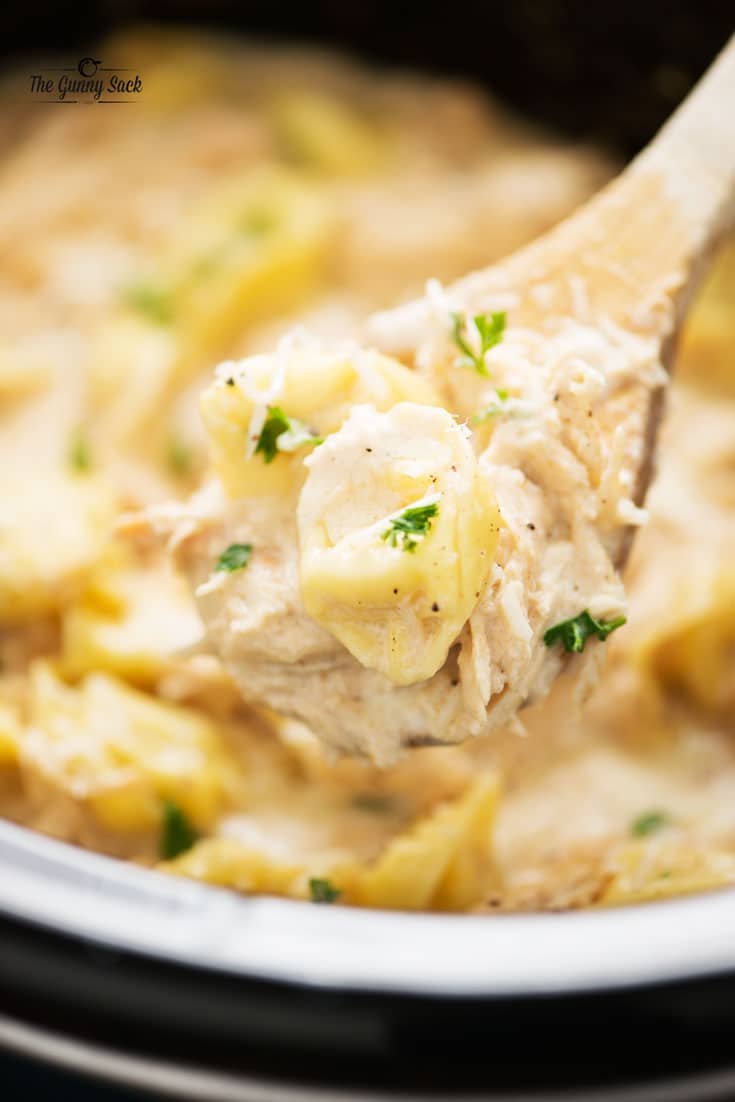 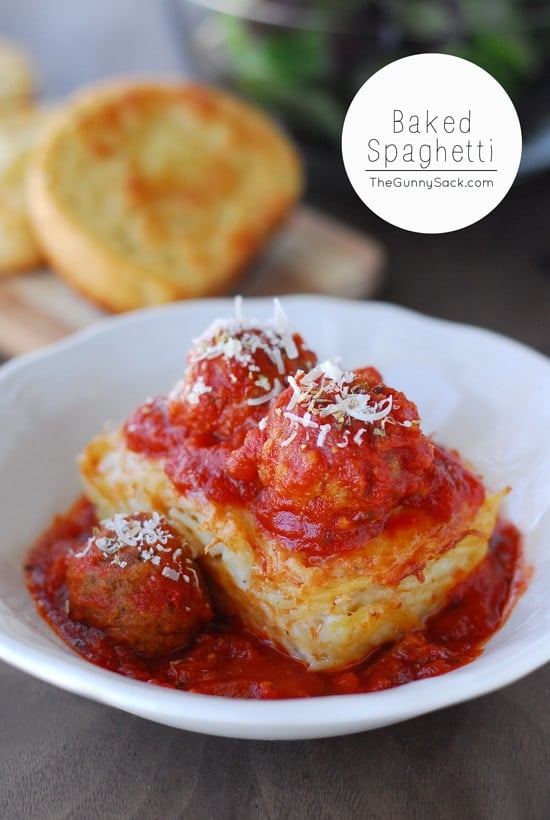