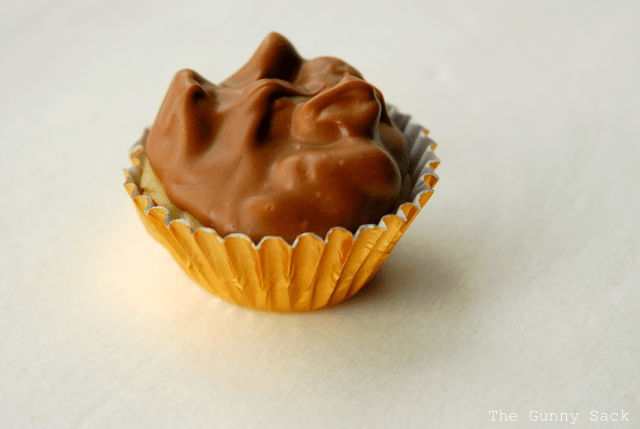 I usually make Nut Goodie Bars in a jelly roll pan but there are harder to serve and give as gifts that way. This recipe shows how to make them into little bite-sized Mini Nut Goodie Bars. 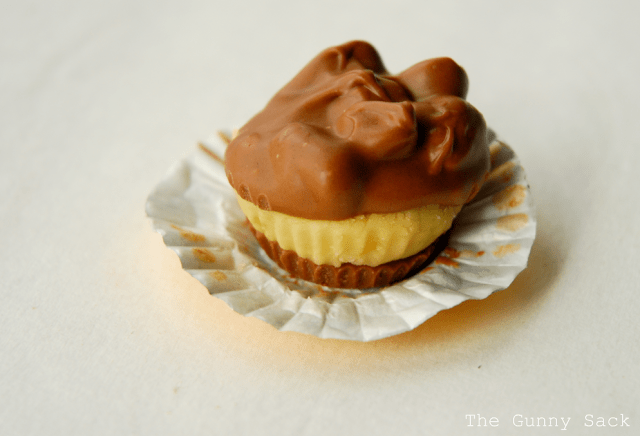 Nut Goodie Bars are from a Minnesota based company called Pearson’s candy. They also make Salted Nut Rolls and Mint Patties and we love all three. My mom used to make a copycat Nut Goodie Bar during the holidays and she gave me the recipe so that I can make it whenever the mood strikes! 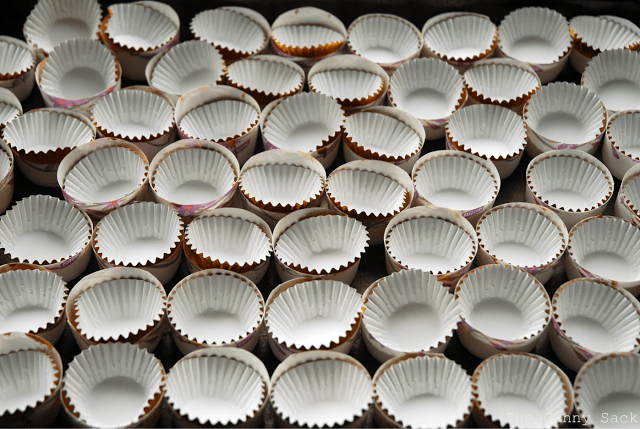 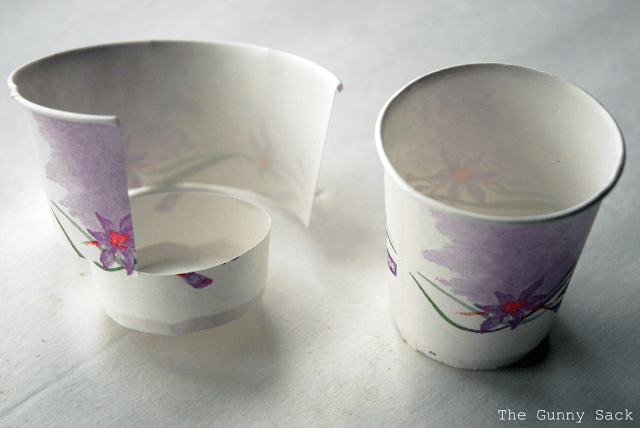 I did not have enough mini muffin pans so I cut small Dixie cups down to make a form to hold the cupcake wrappers and lined them up in jelly rolls pans. 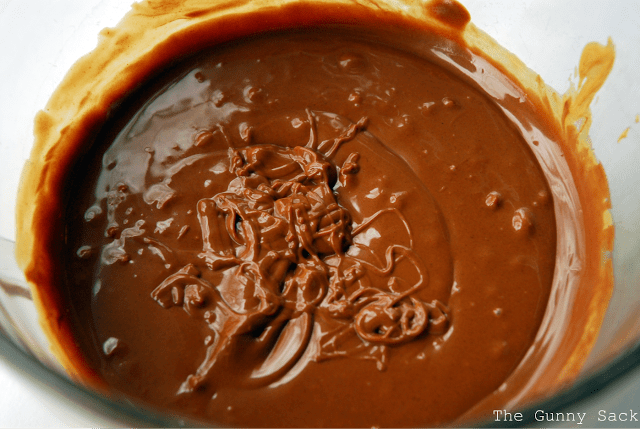 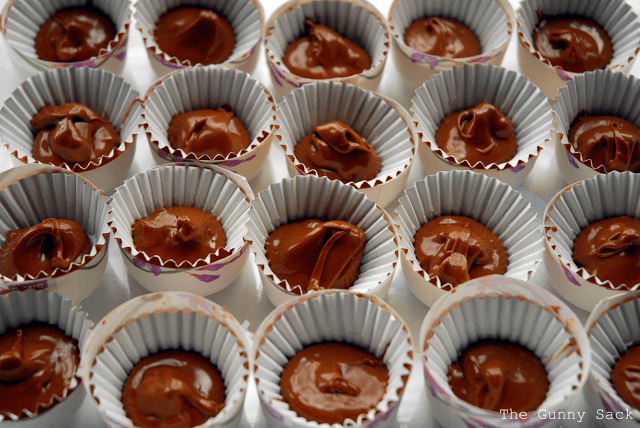 Divide between the mini cupcake wrappers so that each is about 1/3 full. Place in the fridge to harden. 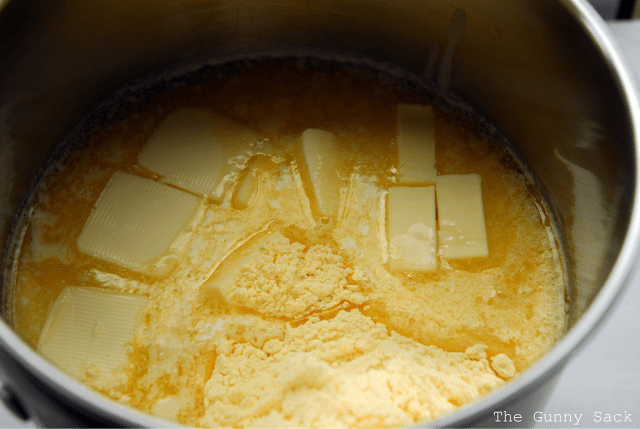 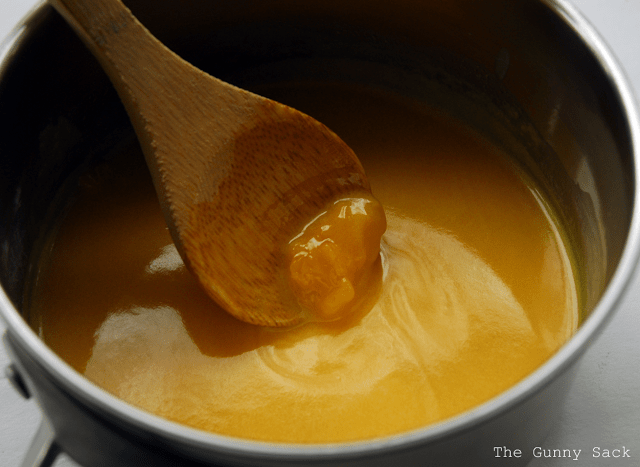 Heat while stirring constantly until the pudding begins to collect on your spoon. 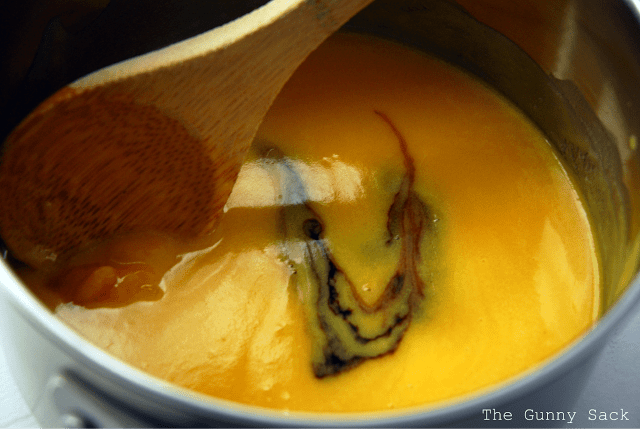 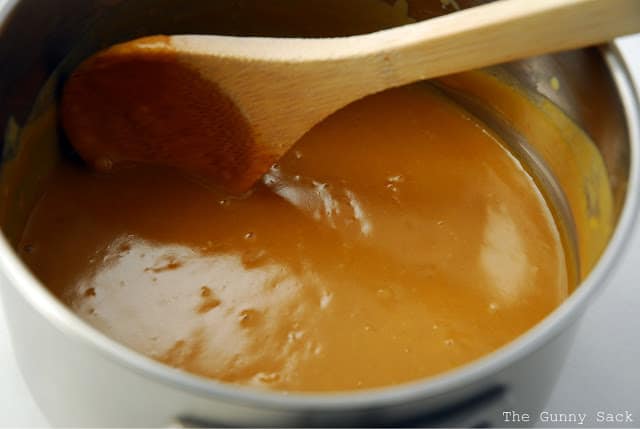 Cook while stirring constantly until it is a pudding. 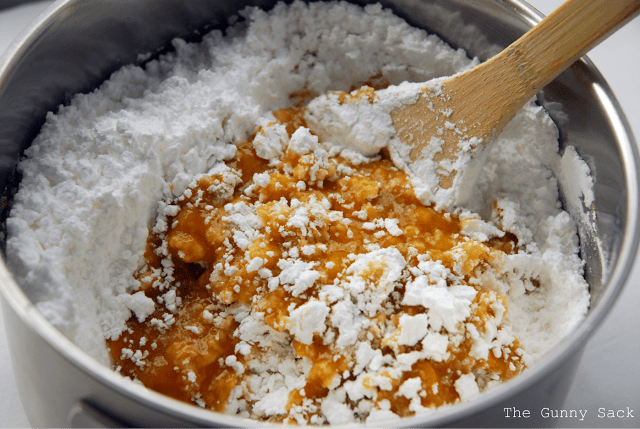 Remove from heat and stir in the powdered sugar. 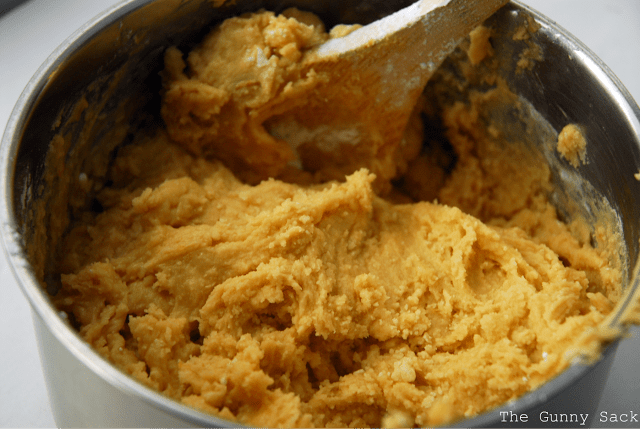 The result will be thick and dough-like. 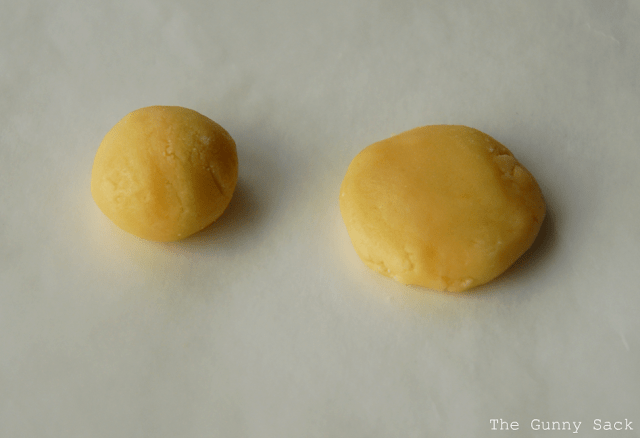 Make small balls out of the dough and flatten them out like small pancakes. 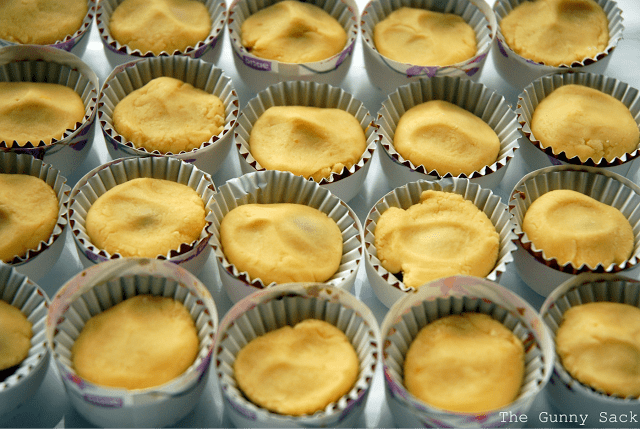 Press the “pancakes” on the chocolate in the mini cupcake wrappers. 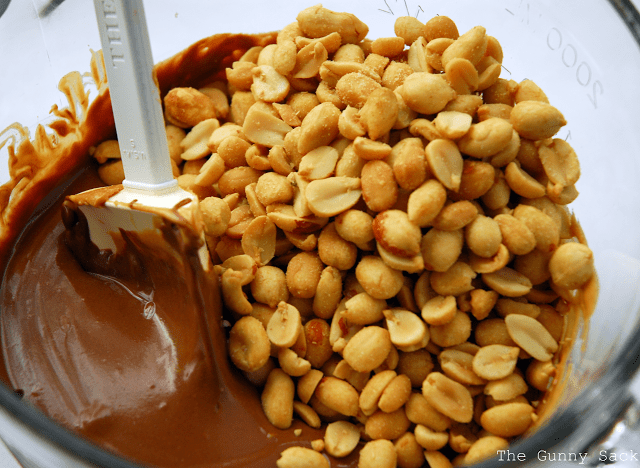 Melt 1 cup chocolate chips, 1 cup butterscotch chips and 1 cup of peanut butter in the microwave. Stir in the peanut nuts. 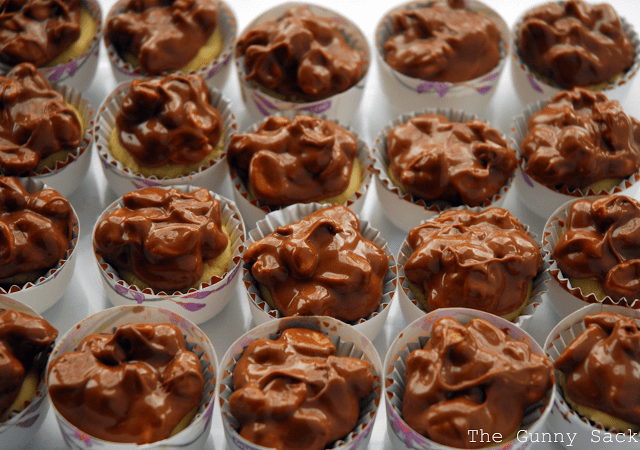 Divide between the mini cupcake wrappers.

Allow the chocolate to harden and remove the cupcake wrappers from the forms.

Store these Nut Goodie bars in the fridge or freezer. 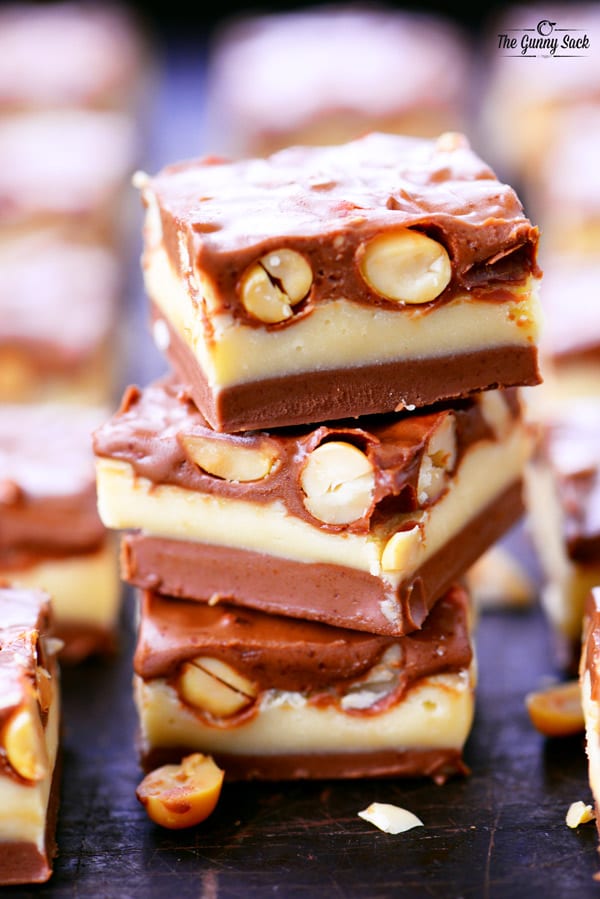