Disclosure: I received Ball Mason Jars to facilitate this recipe post for Peppermint Brownies In A Jar. 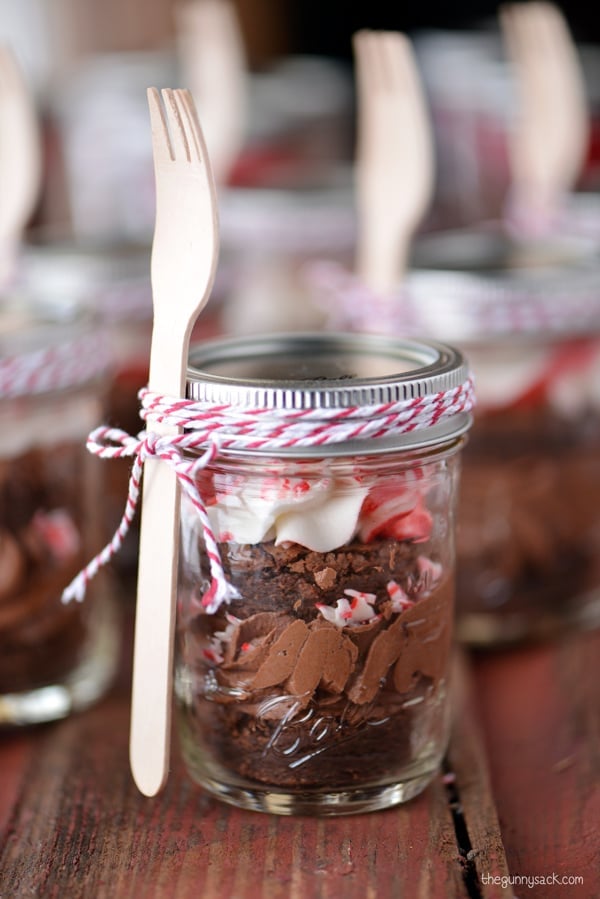 For the fifth week of the holiday progressive dinner, our sponsor is Ball Canning. If you are a longtime follower, you know how much I love gifts in a jar! Today’s mason jar gift is different from some of my other mason jars because this one is totally edible. My daughter also made meringue glazed pecans that she put into mason jars to bring to work to share and to give as gifts! 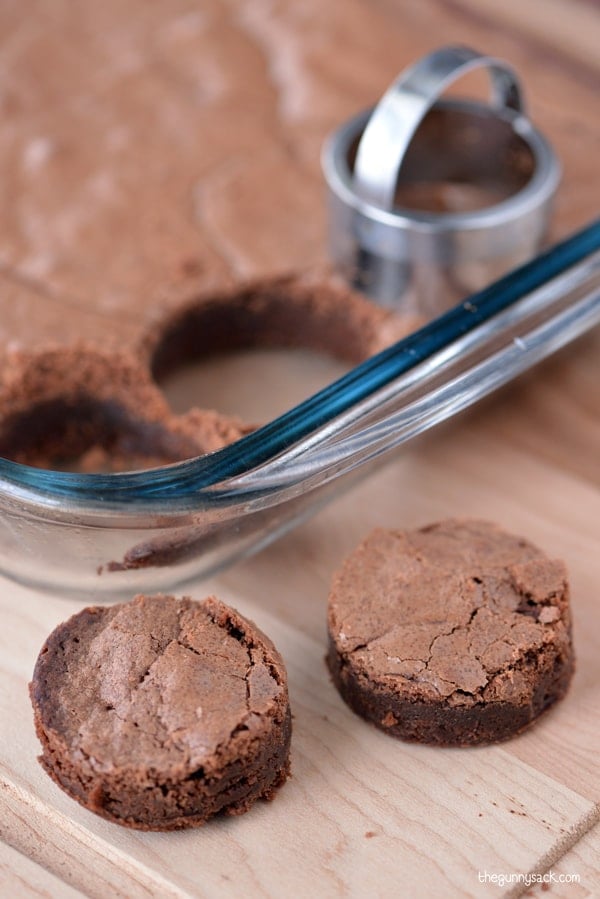 Start by making a pan of brownies. You can make boxed brownies or you can make homemade brownies. I made brown butter brownies and they were delicious! Once the brownies have cooled, use a small cookie cutter (mine was 2 inches) to cut our brownie circles. I was able to cut 24 brownie circles to make 12 brownie mason jars. 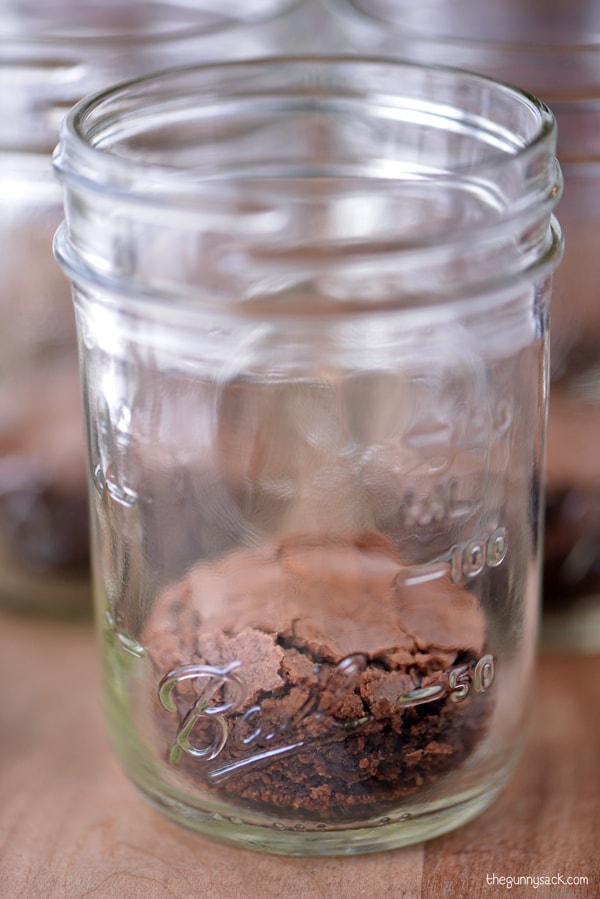 Put one brownie circle into a mason jar. I used Ball® 8oz Regular Mouth Half Pint Jars for this blog post, but you can use any size jar as long as the brownies will fit into the jar! 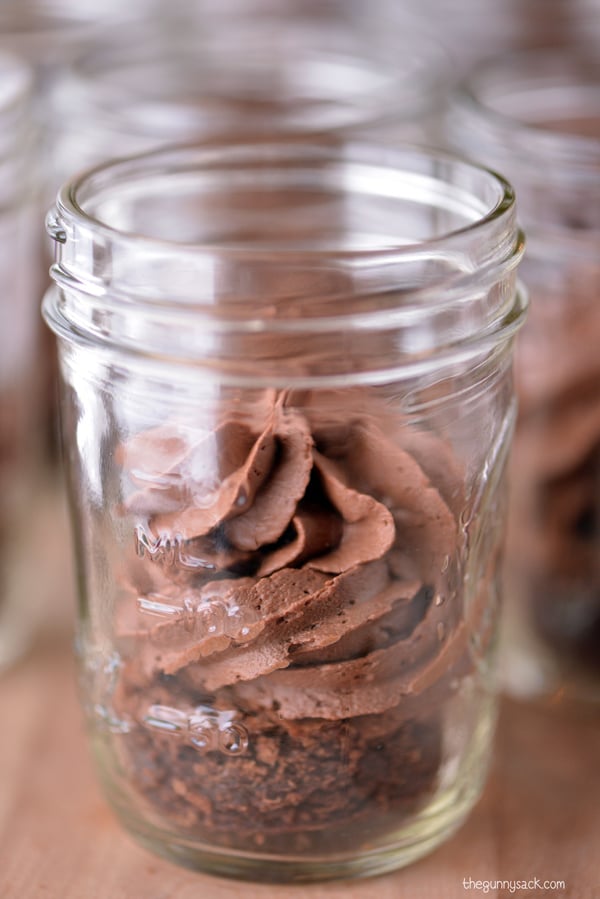 Top the brownies with a swirl of chocolate buttercream frosting. 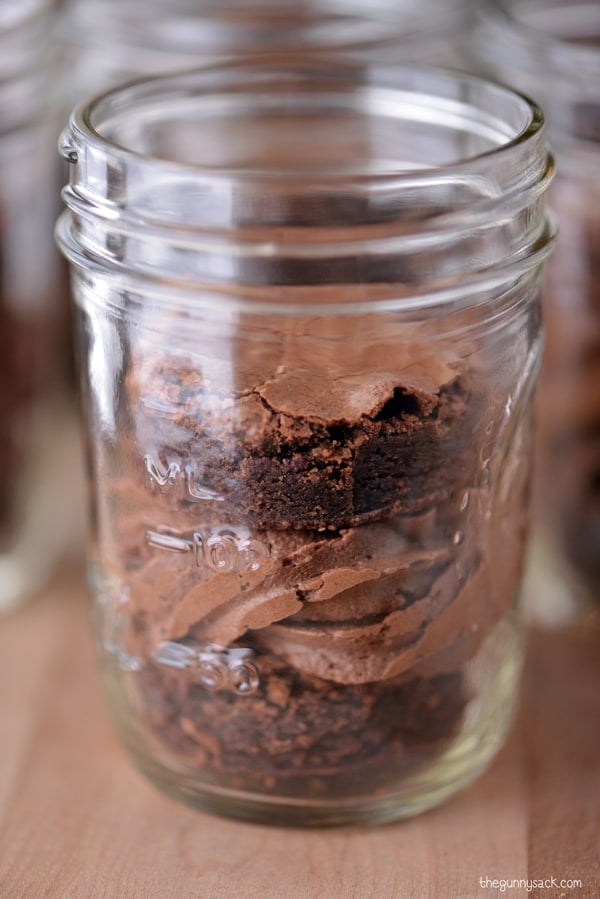 Top with another brownie circle. 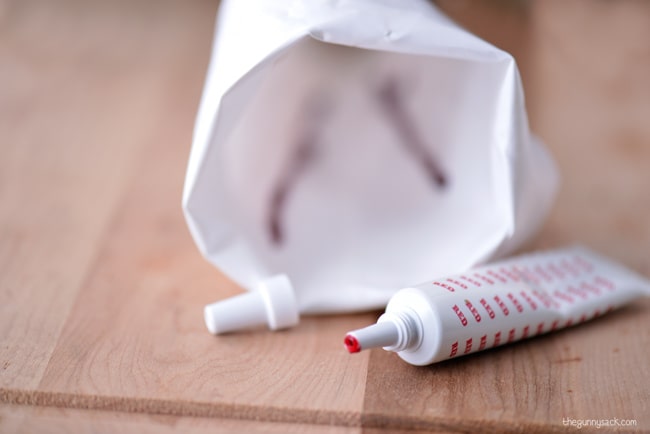 Next, prepare a pastry bag for piping red and white striped peppermint buttercream. Make lines with red gel food coloring in your pastry bag. I found that I got the best results when I only made two lines. 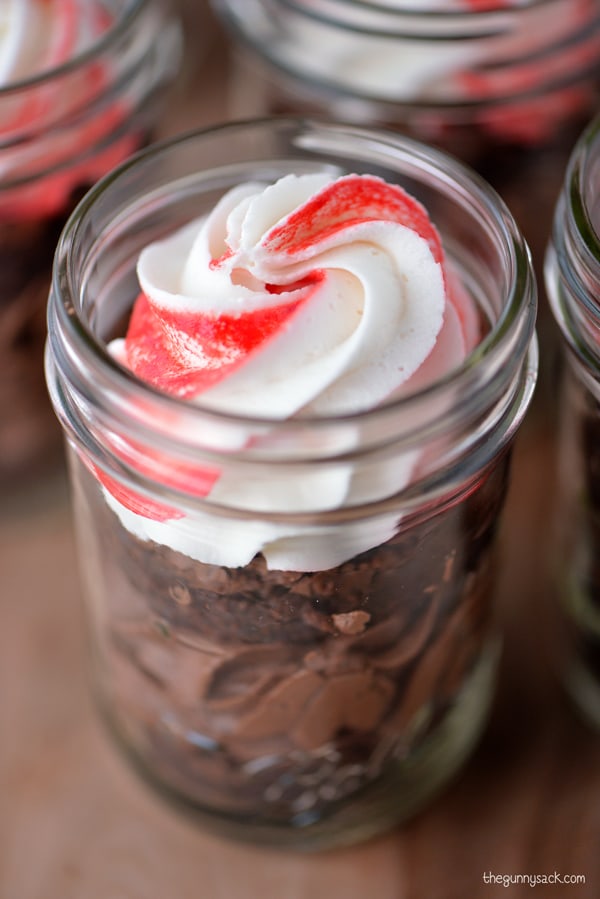 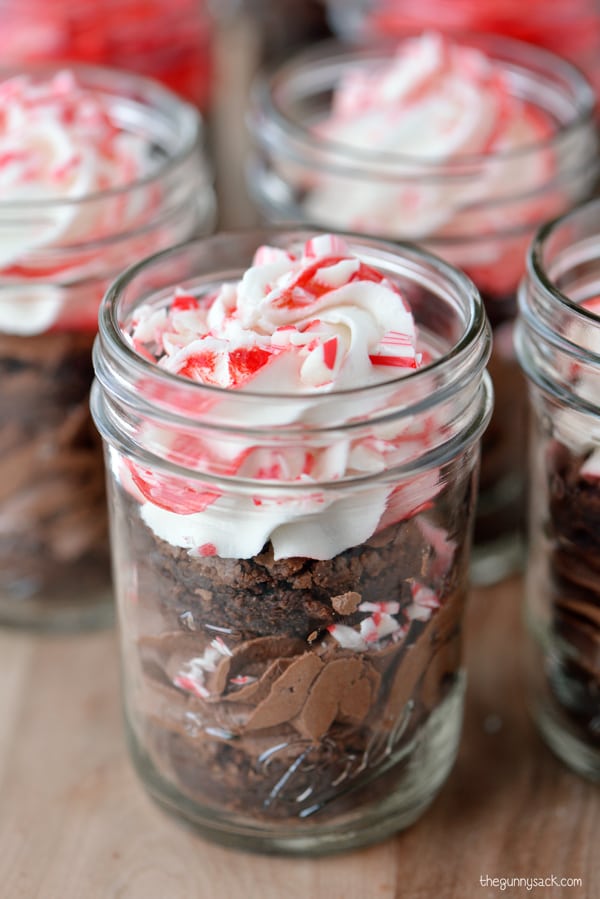 Crush a few peppermint candy canes and sprinkle them over the peppermint buttercream frosting. 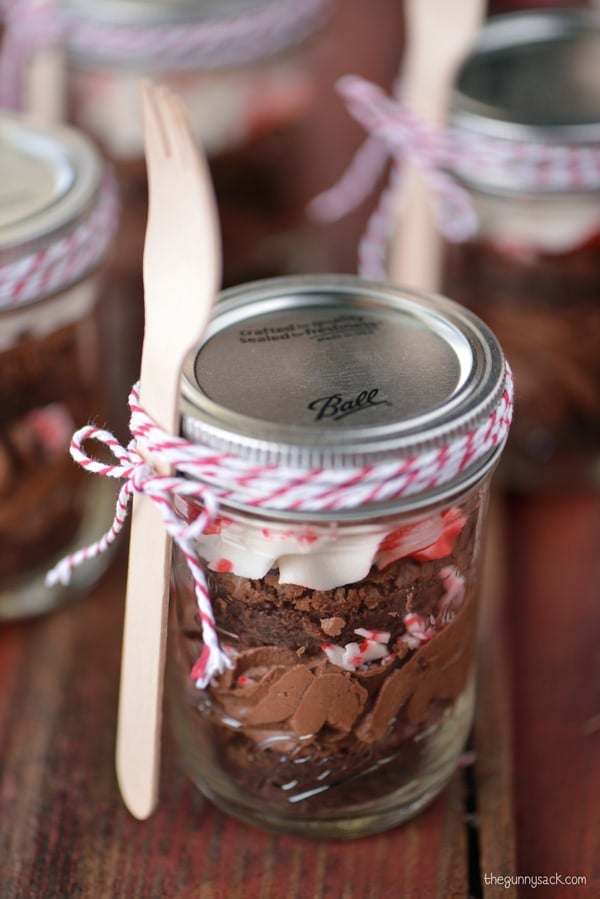 Add a lid and tie on a spoon with red and white striped baker’s twine. I made these Peppermint Brownies In A Jar the day before Thanksgiving and my kids didn’t have school that day. They hung around the kitchen wanting to eat the brownies and the buttercream frosting…just a taste…just a sample…are they done yet??? Finally, when I was done making them and done photographing them and they got to eat one. They said there were every bit as good as they were hoping they would be! We packed the rest of them up and delivered them to my nieces and nephews.