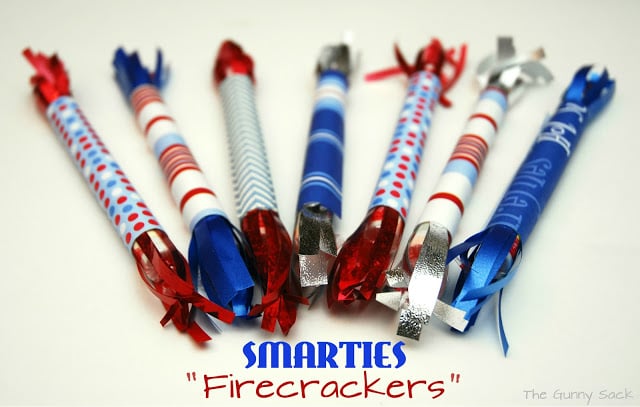 The 4th of July was pretty simple for us this year.  It was really hot so we met my family at a lake in the morning.  We had to stay in the water to stay cool.  I think everyone enjoyed it and my mom said it should be our new tradition.  So far our only 4th of July tradition is to spend the day with family and friends.  Oftentimes we go to a parade or grill but this year included water and pizza instead!  But I did use some of my Smarties to make a holiday treat:  Smarties Firecrackers!  They are not real firecrackers but with ribbons make them look like fireworks.  These fun treats could be customized for any party or celebration by changing the color of the paper and ribbon. 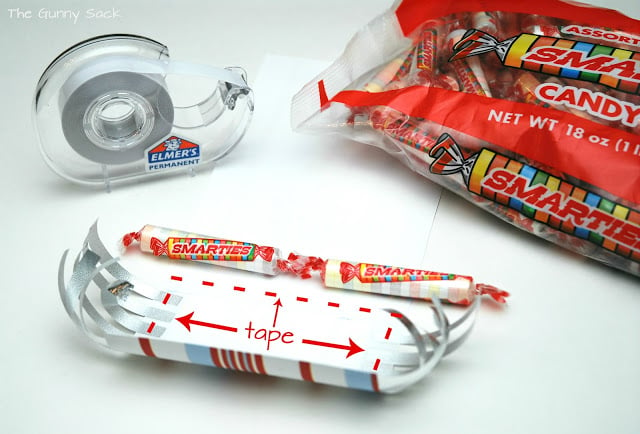 I cut strips of paper that were a bit shorter than 2 Smarties rolls placed end to end. I ran a strip of double stick tape along the top and bottom of the paper where I have the red dotted lines in the picture.  Then, I stuck small pieces of ribbon on the tape. I put another strip of double stick tape along the end of the paper where there are also dotted lines.  I cut the strip of paper where the Smarties rolls are laying in the picture above. 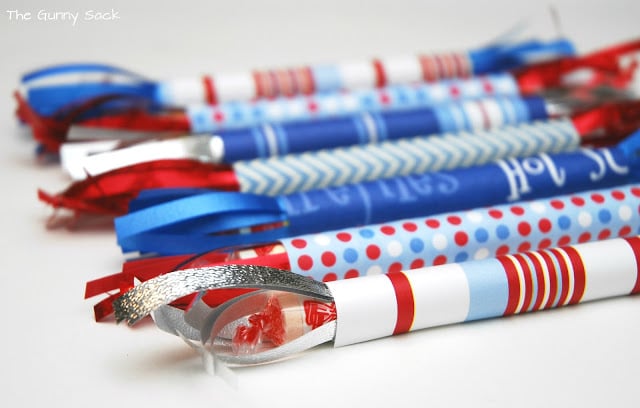 I placed 2 Smarties rolls end to end and rolled them up in the paper. The piece of double stick tape at the end sealed the roll. 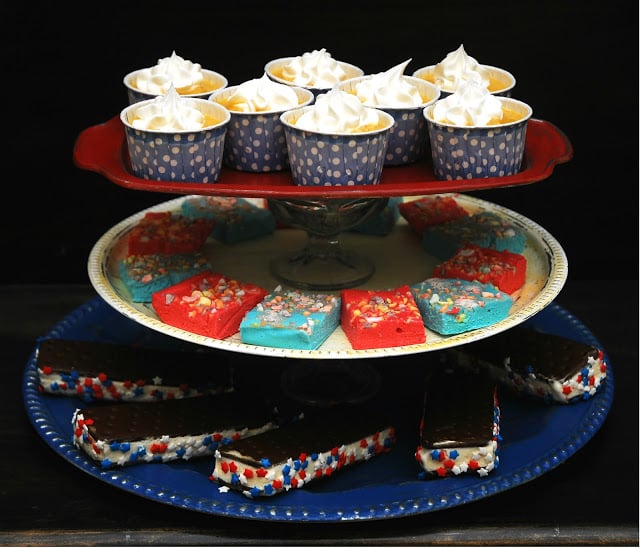 I made a couple holiday treats in addition to the Smarties Fudge and served them when we had a some friends over for a 4th of July themed party.  I wanted to help everyone stay cool so I made Patriotic Ice Cream Bars and Orange Whip Cups. To make the orange whip cups, I followed the recipe I posted recently for Orange Whip but instead of pouring it in glasses, I put it into small polka dot cups. I topped each one with a whipped cream star.

For the Patriotic Ice Cream Sandwiches, I put red, white and blue star sprinkles on a plate and pressed the sides of store bought ice cream sandwiches onto the sprinkles. 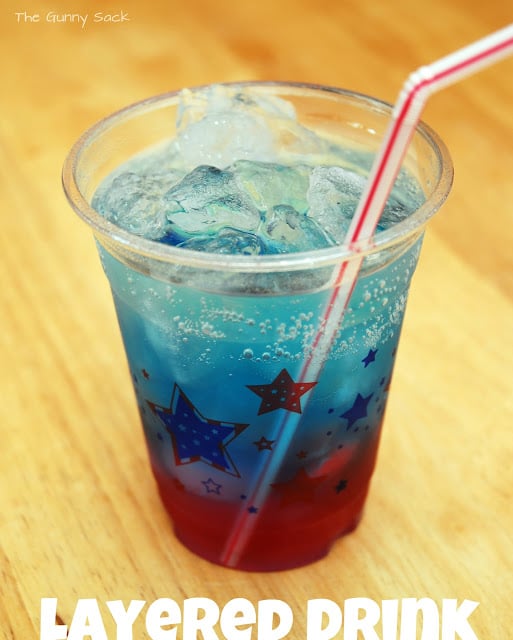 We also tried making layered drinks. We filled the cup with ice to help the layers stay and then added the liquids according to sugar content.  First we poured in Minute Maid Fruit Punch which has the most sugar at 25 grams.  We topped that with Gatorade G2 Blueberry Pomegranate which as 7 grams of sugar.  The top layer is Diet 7Up with 0 grams of sugar.  The kids were delighted!!  Since there were 10 kids at my house we went through a lot of ice!  I purchased a bag of it from the grocery store so that everyone could try it. 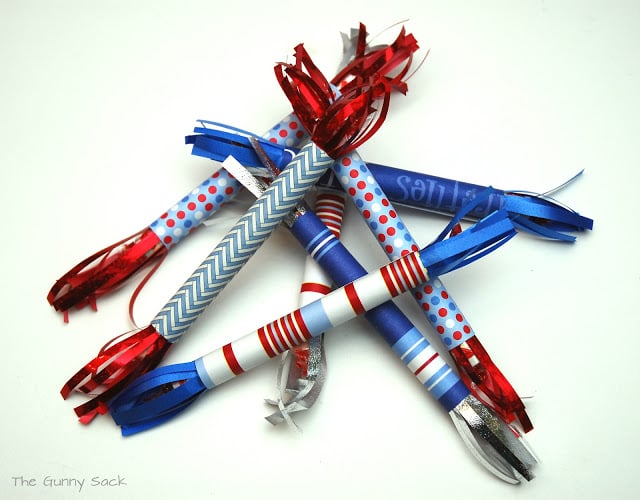 Keep In Touch With Smarties

I am a member of the Collective Bias™ Social Fabric® Community.  This shop has been compensated as part of a social shopper insights study for Collective Bias™ and Smarties #CBias #SocialFabric