No Bake S’mores Cheesecake is easy to make with creamy chocolate filling, chocolate ganache, a graham cracker crust and toasted marshmallows on top! 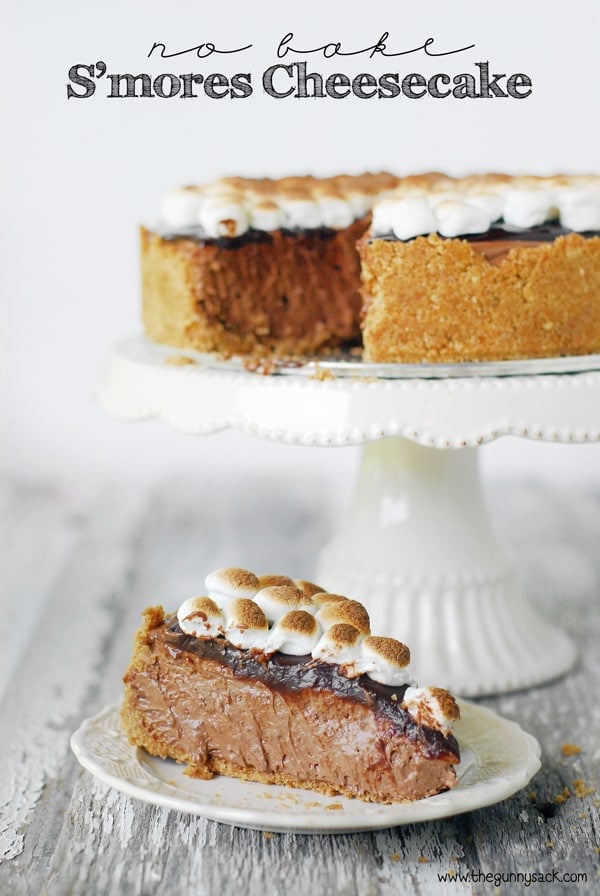 Today is National Cheesecake Day and all of your favorite food bloggers are sharing cheesecake recipes today!

When I was trying to decide what kind of cheesecake to make I decided to do a no bake cheesecake.And I had so much fun with s’mores week that I continued the fun by making a No Bake S’mores Cheesecake. This cheesecake has so many things I love.

First of all, even though there is a lot of steps it is a recipe anyone can make. Then, there’s all of the chocolate. It’s creamy with a delicious graham cracker crust and the toasted marshmallows really top it all off! 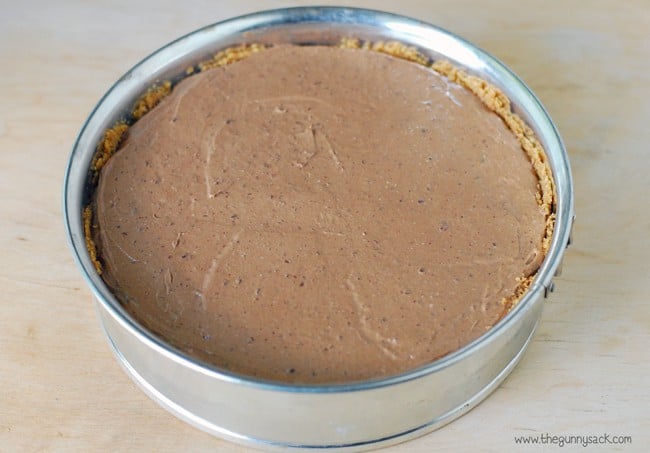 Start by mixing together graham cracker crumbs, sugar, and melted butter. Press on the bottom of a springform pan and up the sides.

Chill in the freezer for at least 10 minutes OR Bake at 325 degrees for 10 minutes.

Spread in pan over the crust and place in the fridge for at least 1 hour. 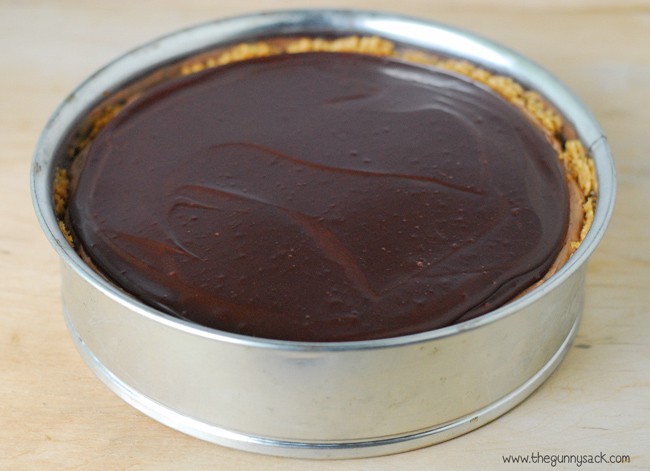 Heat heavy whipping cream in the microwave until it starts to boil.

Pour over semi-sweet chocolate chips. Let them sit for 3 minutes and then stir until smooth.

Place the ganache in the fridge and allow it to cool for about 30 minutes.

Spread over the chocolate cheesecake and return it to the fridge to set. 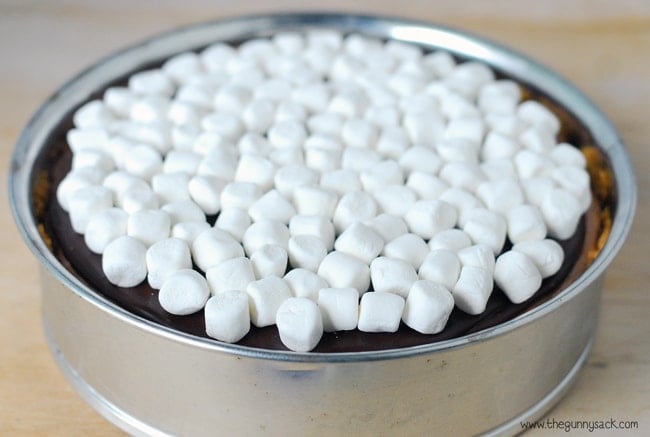 So, you do have to use the broiler of the oven for less than 60 seconds. That doesn’t count as baking, does it? Top with mini marshmallows. 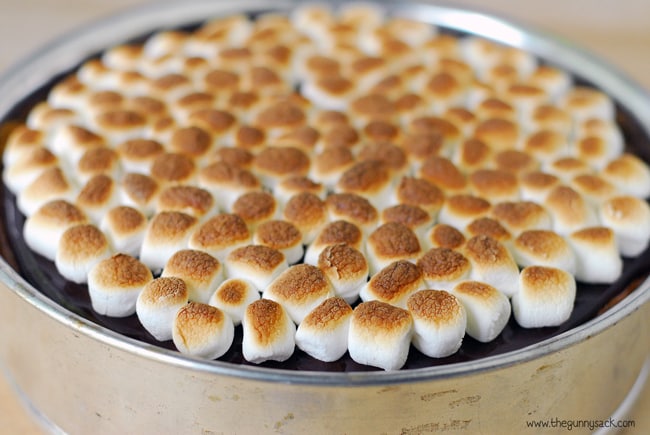 Turn the broiler on high and toast the marshmallows for 30-60 seconds. Watch carefully because they toast REALLY fast!

If you prefer not to use your oven, toast the marshmallows with a kitchen torch. 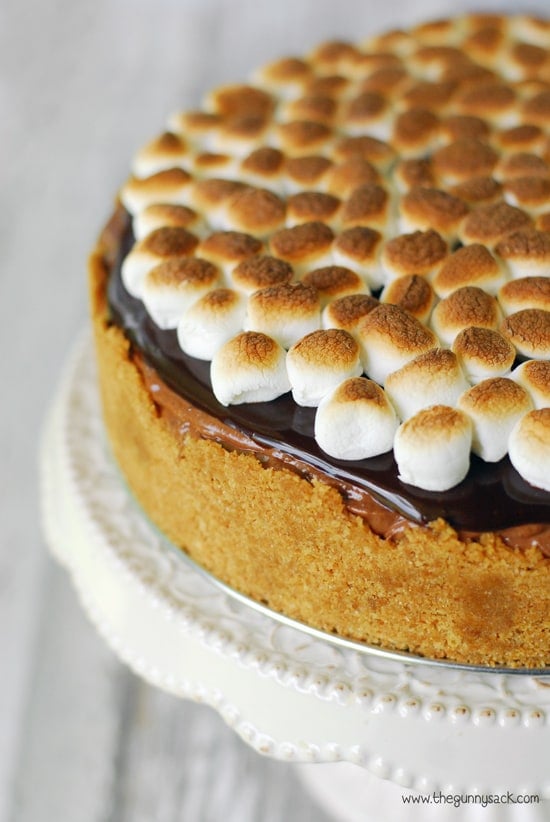 Carefully remove the sides of the springform pan. 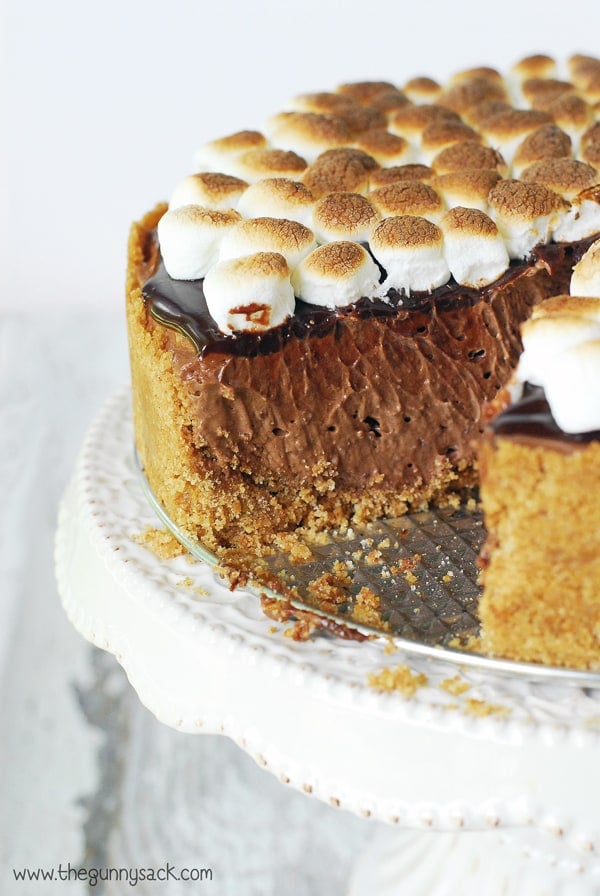 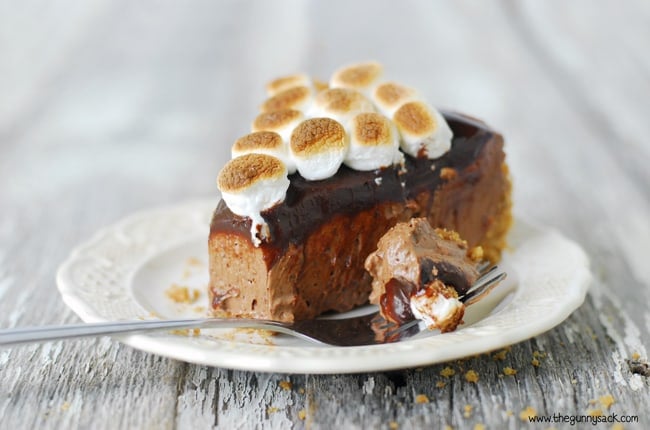 Cut into slices and enjoy the creamy, smooth chocolate with the graham cracker crust and toasted marshmallows on top. What an amazing way to eat s’mores!

Here are a few more recipes of mine that contain cream cheese: 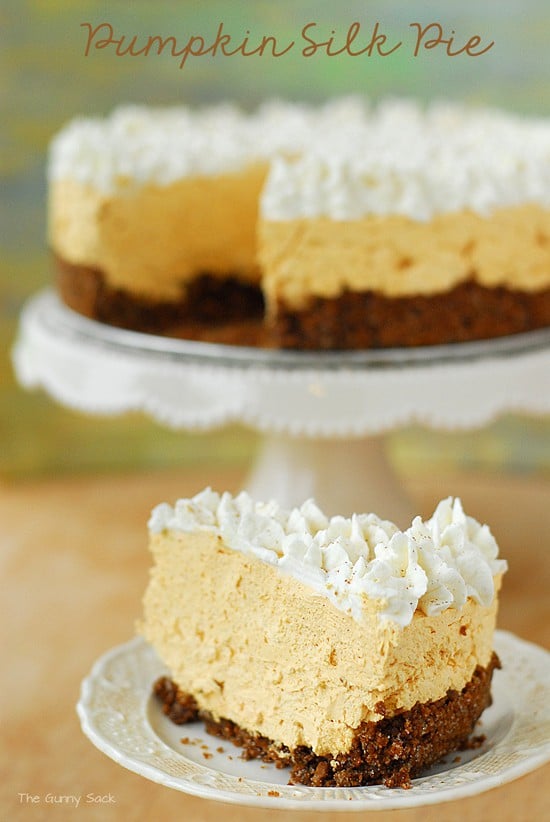 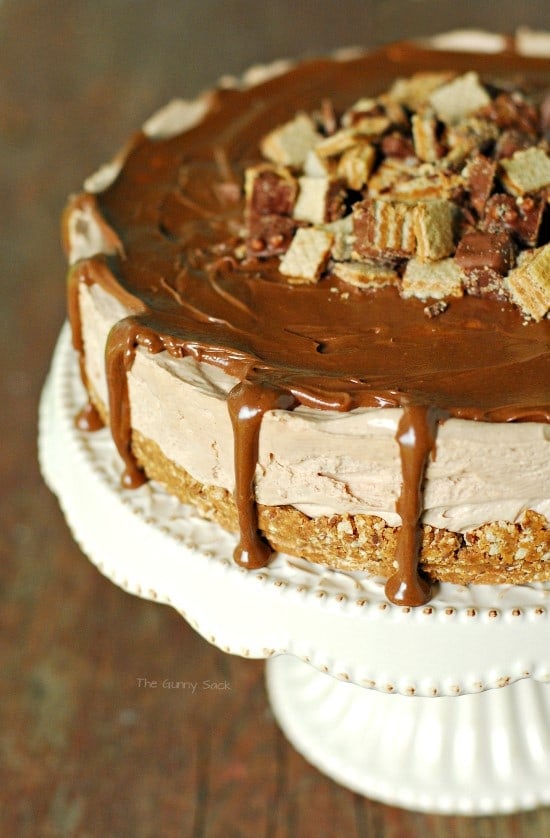 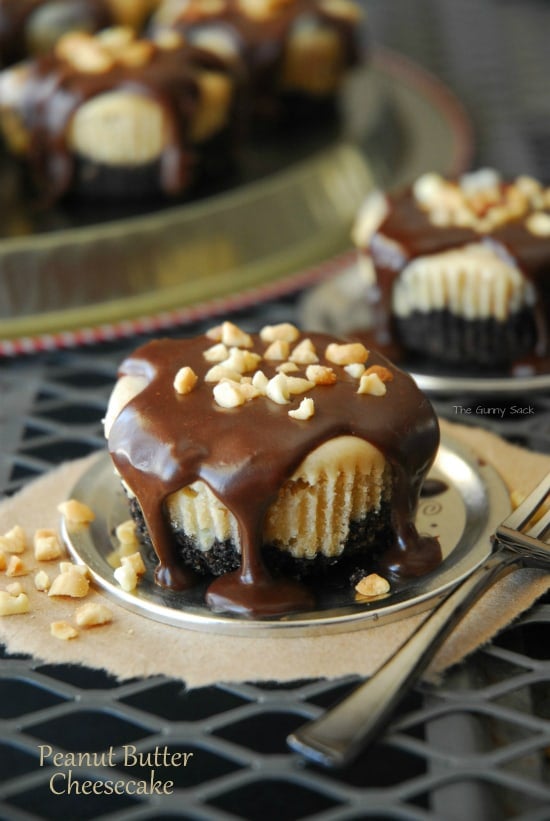