Slow Cooker Chocolate Turtle Bread Pudding is a warm, comforting dessert with chocolate, caramel, and pecans. It’s a crockpot recipe that everyone will love! 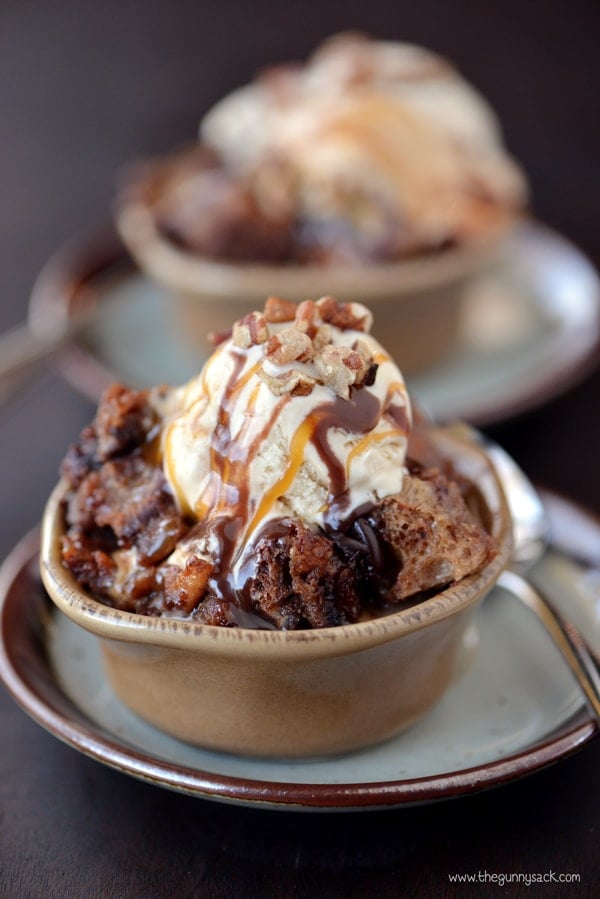 You know how most kids spend their candy money on gum and candy bars? When I was a kid, I spent my candy money on those things as well, but unlike other kids, I also bought pink wintergreen lozenges, Sen-Sen black licorice mints, sponge candy and chocolate turtles. I would buy the boxes of chocolate turtles when they would go on sale during the holiday season.

They are still one of my favorites and sometimes I buy them from chocolate shops. So with that in mind, I decided to make Slow Cooker Chocolate Turtle Bread Pudding. It is a warm, comforting dessert with chocolate, caramel and pecans. Of course, it tastes even better when topped with a scoop of salted caramel ice cream! 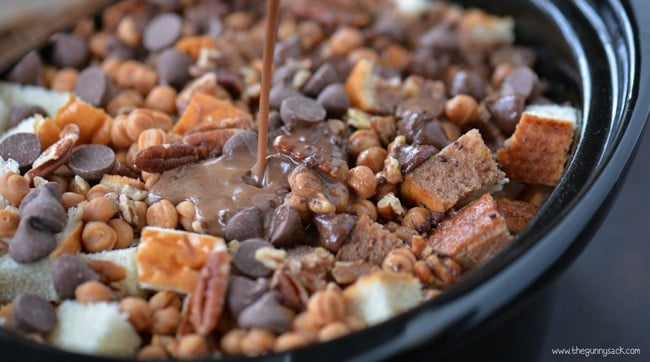 To make the bread pudding, cut half of a loaf of French bread into cubes. Place 8 cups of bread cubes into a lightly greased 3 1/2 – 4 quart crockpot. Top the bread cubes with chocolate chips, caramel bits and chopped pecans. Mix together granulated sugar, brown sugar and cocoa powder. Add four slightly beaten eggs, vanilla, strong coffee, half-n-half and milk. Mix until completely blended. Slowly pour the mixture over the cubed bread. Carefully stir until most of the liquid has been absorbed. 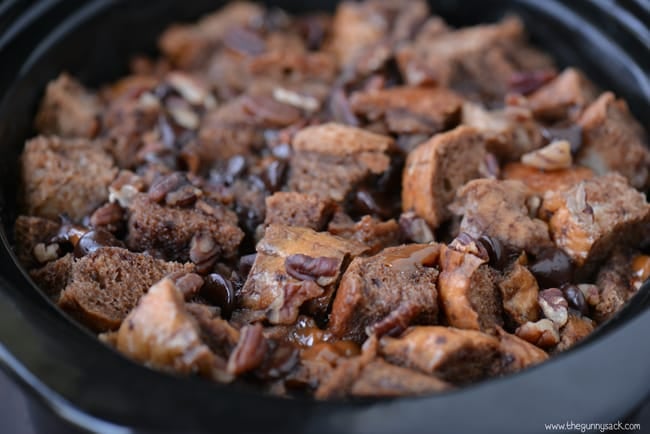 Cook on low for 3-4 hours or until a knife inserted in the center comes out clean. 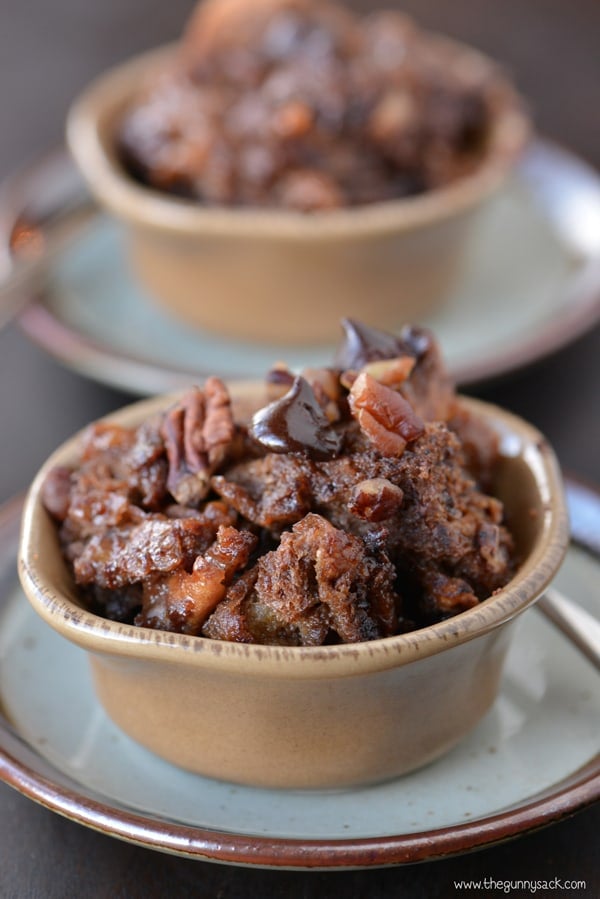 Enjoy the slow cooker chocolate turtle bread pudding while it is still warm! Top with salted caramel ice cream, caramel and chocolate sauce and a few chopped pecans, if desired.

Be sure to check out these Slow Cooker Recipes: 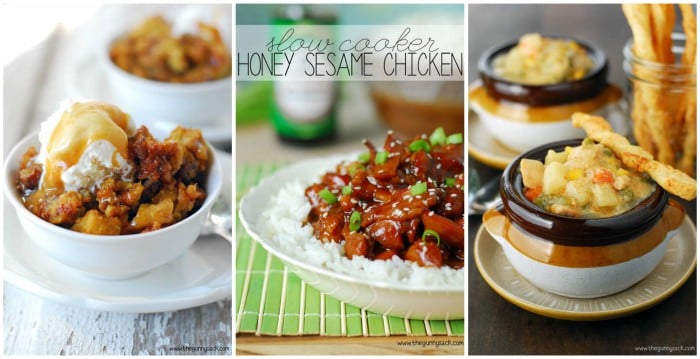