Easy Slow Cooker Pulled Pork recipe with only 4 ingredients! Cooks in the crock pot in 3-4 hours on high. Perfect for sandwiches, tacos, and fried rice. 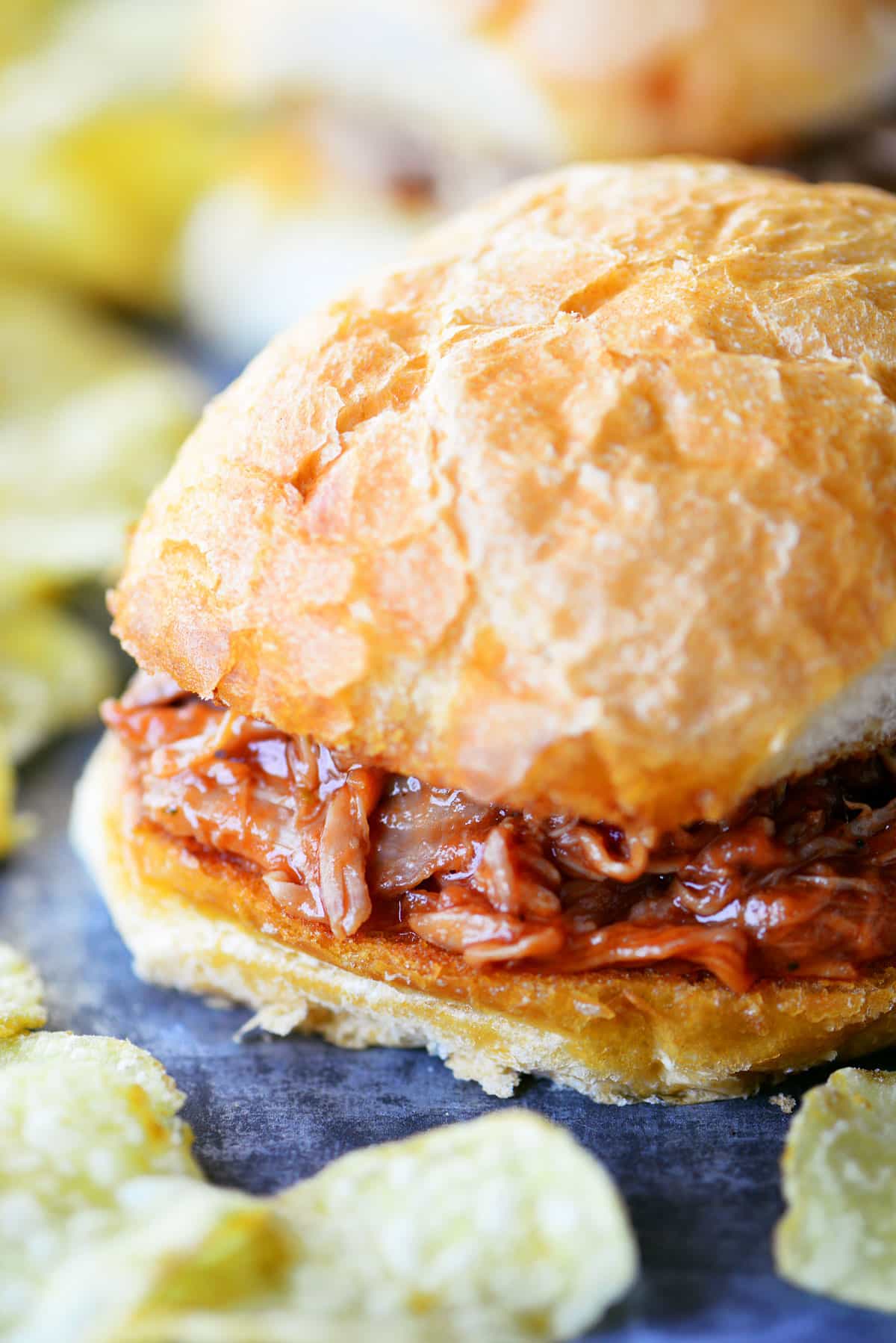 Slow cooker pulled pork is so easy to make on busy days when you want your meal to cook itself. Just put it in the crockpot and it will be ready at dinnertime. We decided to add barbecue sauce to our pulled pork and turned it into sandwiches with toasted buns.

There are many different cuts of meat in the meat department and the names can vary by store and region making it confusing when trying to choose which cut to buy.

The packaging for pork roast can say things such as:

My daughter offered to bring pulled pork to a dinner party with friends and I found out about it the night before. When we stopped at our local grocery store, we could only find 1.75-3 pound pork loin roasts.

So, I bought two of them to make the total a little over 4 pounds. My package says “pork roast” in one spot and “sirloin roast pork loin boneless” in another. 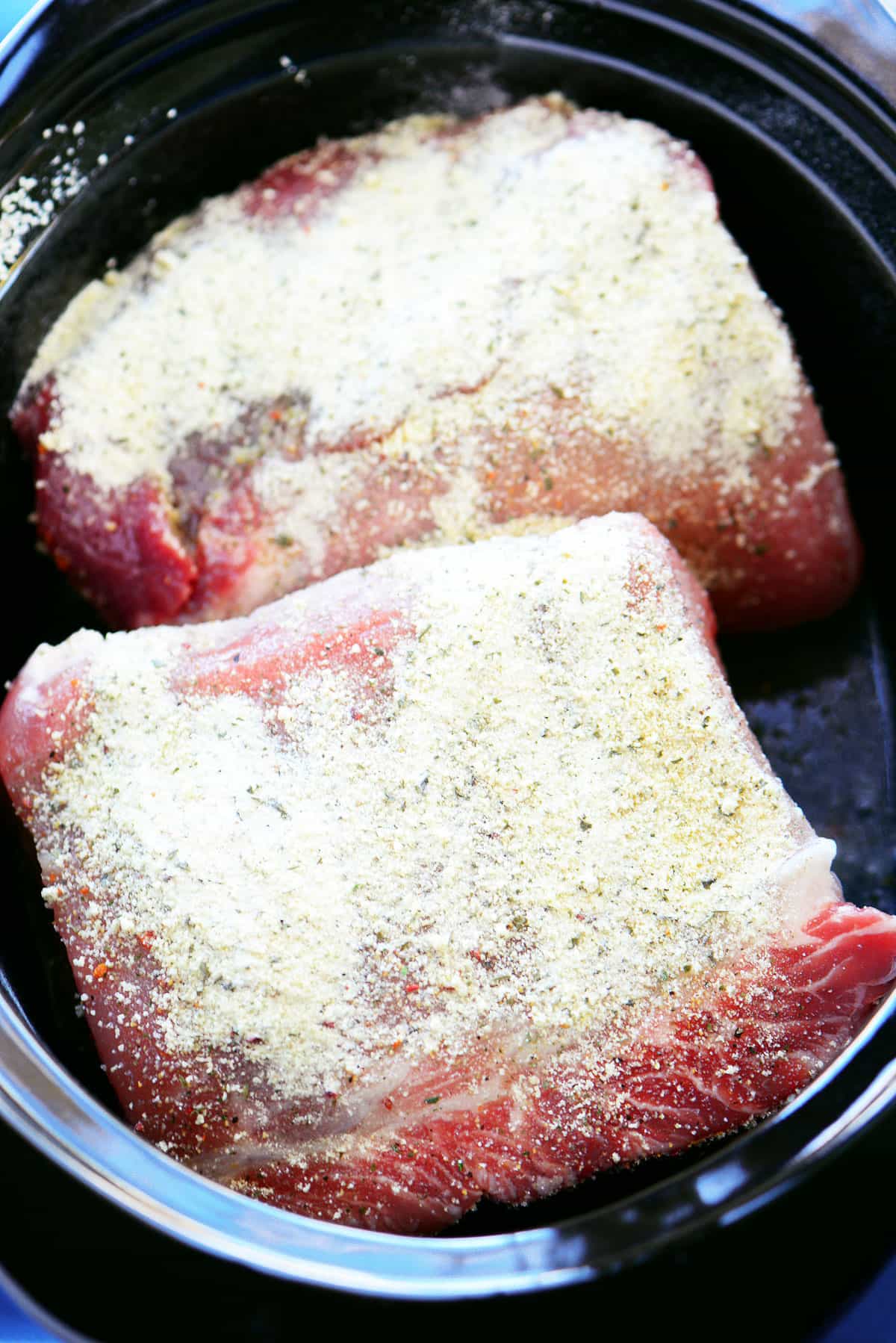 Put the pork roast in the slow cooker. I used my 3.5 quart CrockPot but use whatever size slow cooker fits your roast.

Add the water to the slow cooker, cover and cook until tender. Depending on your slow cooker, it takes 3-4 hours on high or 6-8 hours on low. 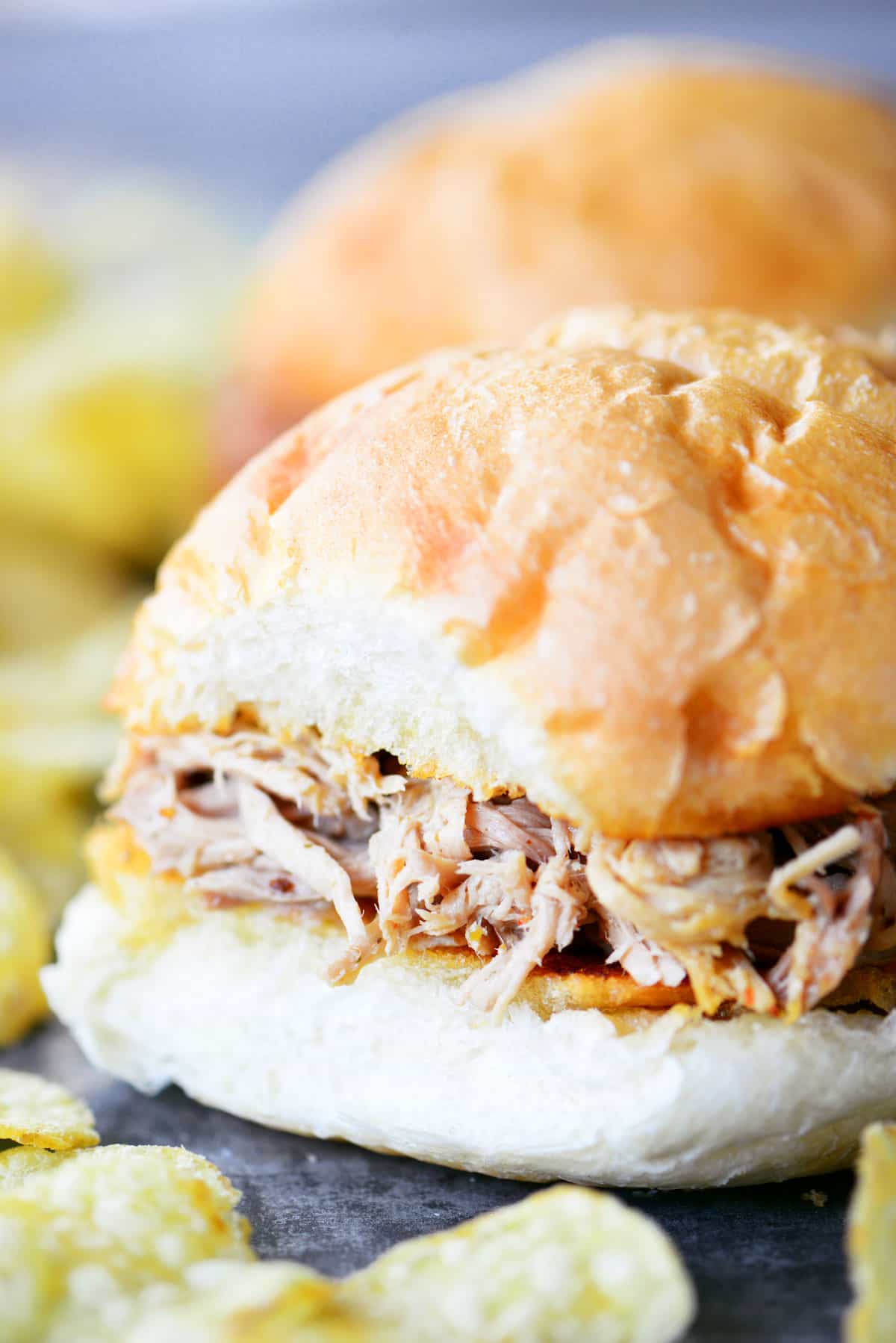 Shred the pulled pork with two forks and remove the excess liquids, if desired.

You can stop here and use the pulled pork without any added sauces. Make pulled pork sandwiches or use it for tacos, nachos, or fried rice. 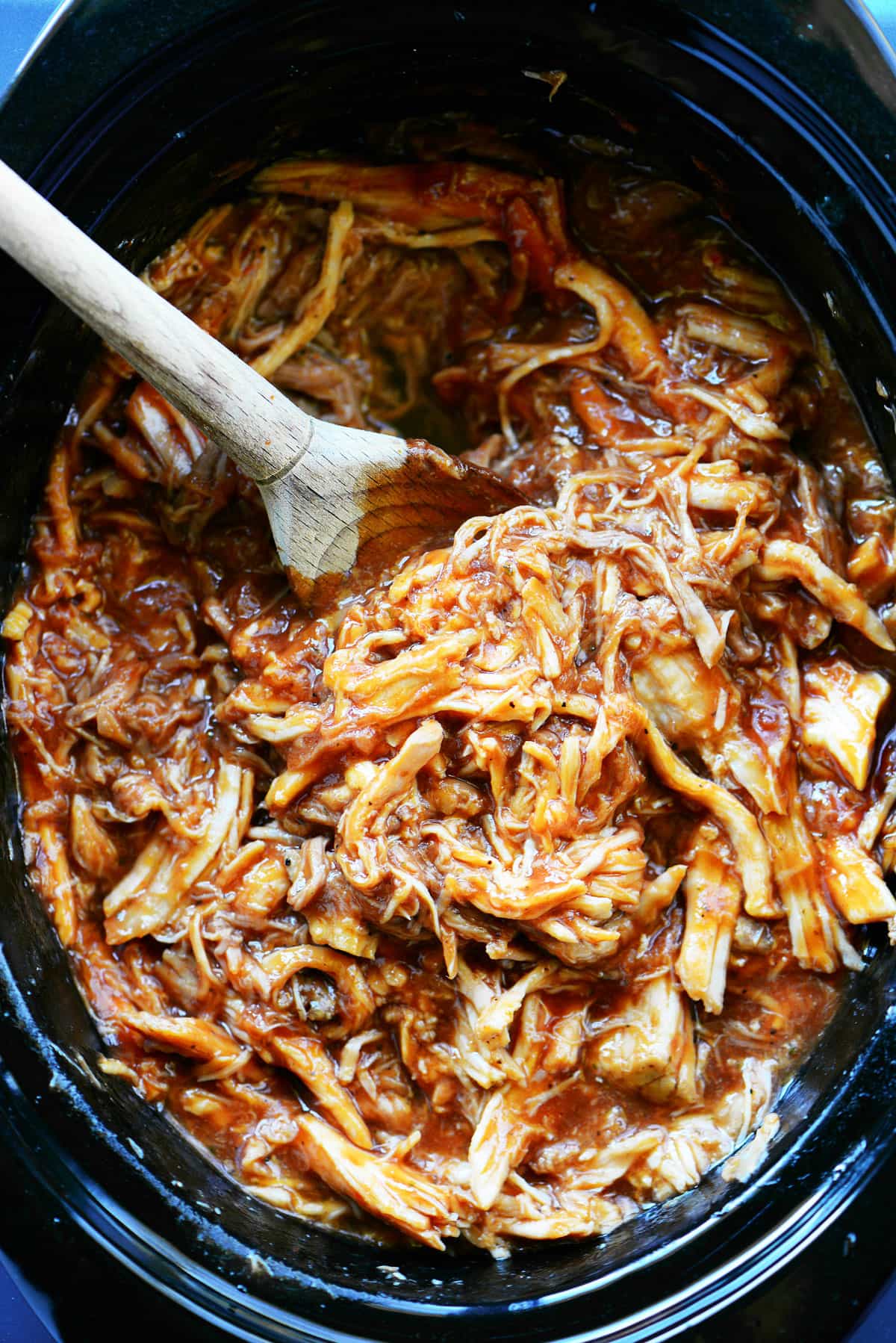 Or you can add your favorite barbecue sauce and stir until coated. 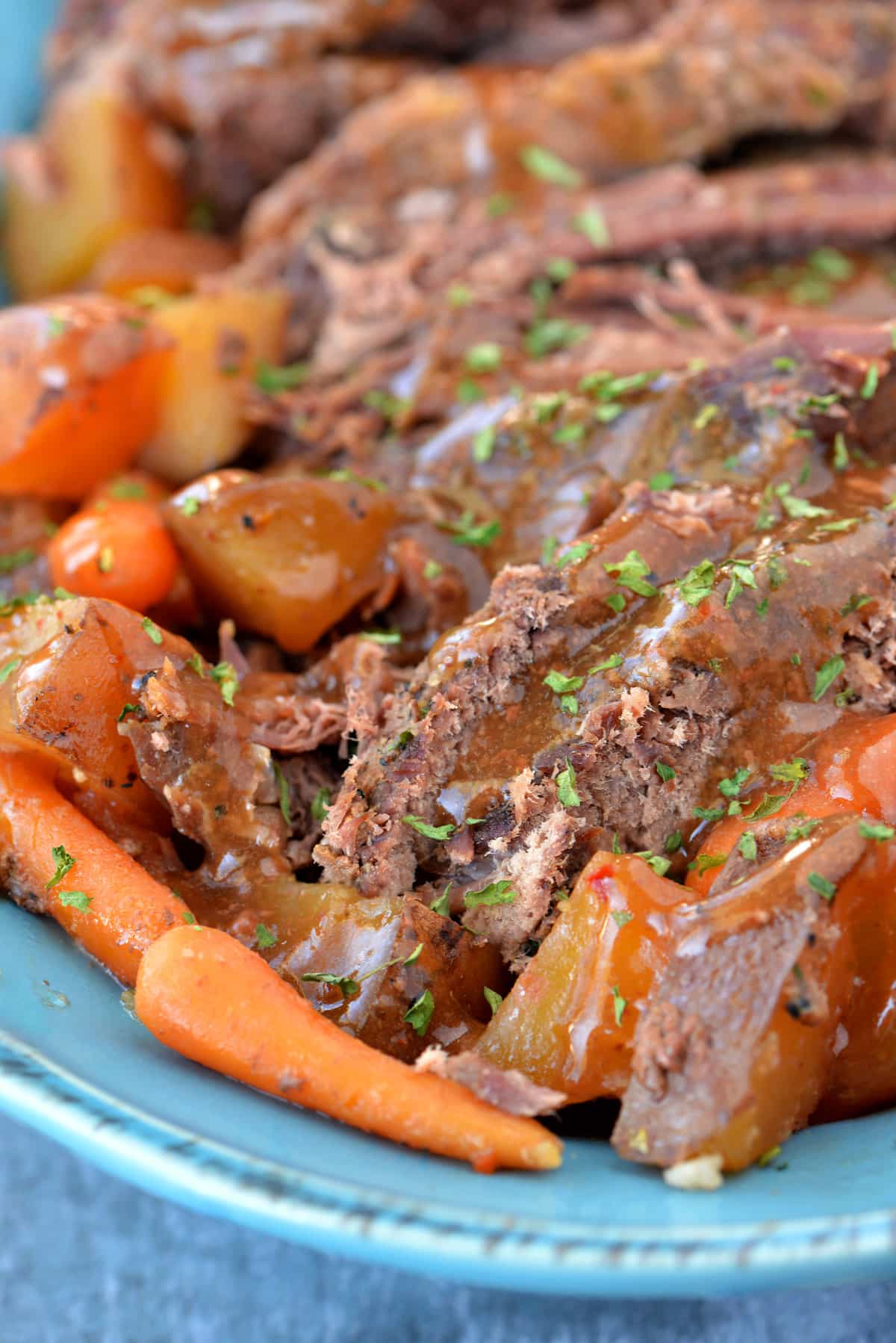 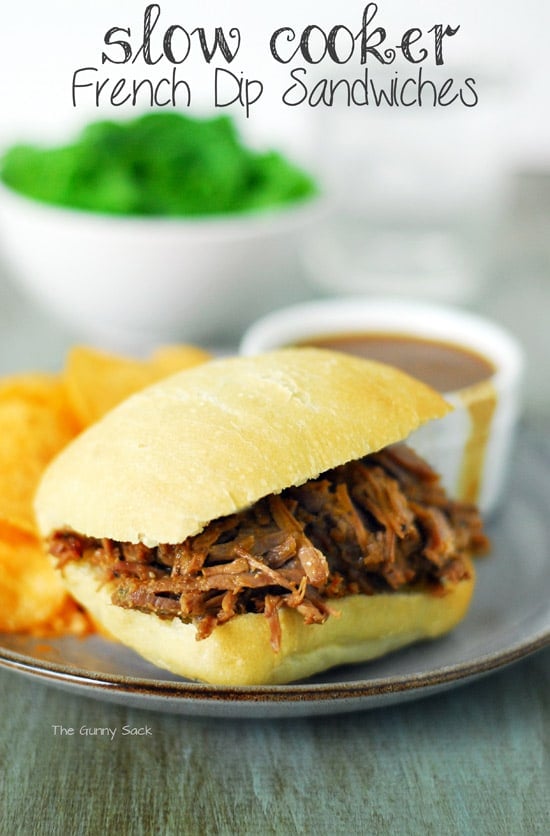