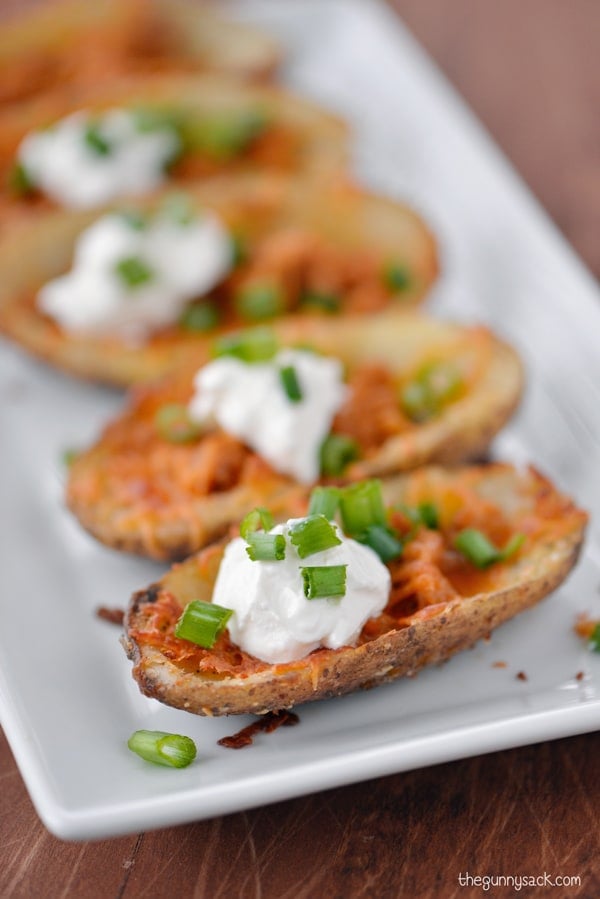 Potato Skins are another appetizer that my family loves. We order them at restaurants and purchase the frozen version to cook at home. Zack has been talking about my bloomin‘ baked potatoes and asking me when I am going to make them again.

Instead, I decided to make cheesy chicken sausage potato skins and he helped me. While adding the cheese, he told me that his mouth was literally watering because they looked and smelled so good! 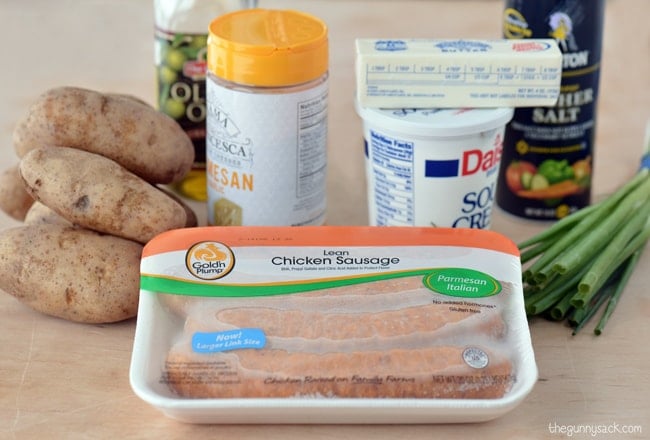 For the sausage in these potato skins, I used Gold’n Plump Parmesan Italian Chicken Sausage. These sausages have 50% less fat than pork sausage, are gluten free and containno added hormones. In addition to the chicken sausage, you’ll need potatoes, parmesan, garlic salt, Italian seasoning (my parmesan is a mixture of those three, but they can be added separately) sour cream, coarse salt, shredded cheddar cheese, olive oil and green onions.

Scrub and rinse the potatoes. Pat them dry and poke all over with a fork. Rub the potatoes with olive oil and sprinkle them with coarse salt. Bake the potatoes at 350 degrees for one hour. 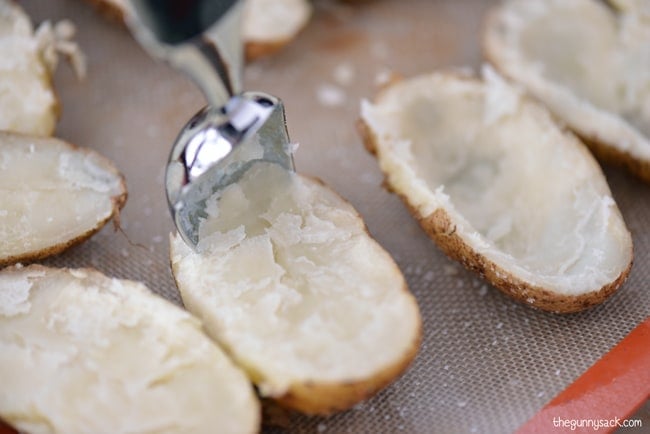 Cut the potatoes in half and scoop out most of the potato. (Set it aside to use for soup or mashed potatoes.) 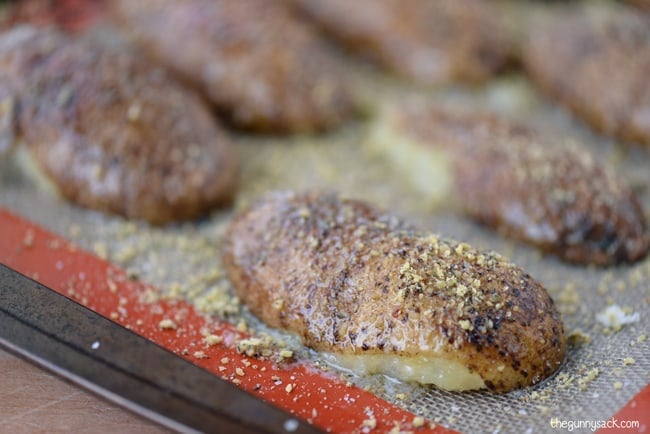 Brush the inside and outside of the potato skins with melted butter and sprinkle with parmesan, garlic salt and Italian seasoning. Place them skin side up on the pan and return to the oven to bake for an additional 15 minutes. 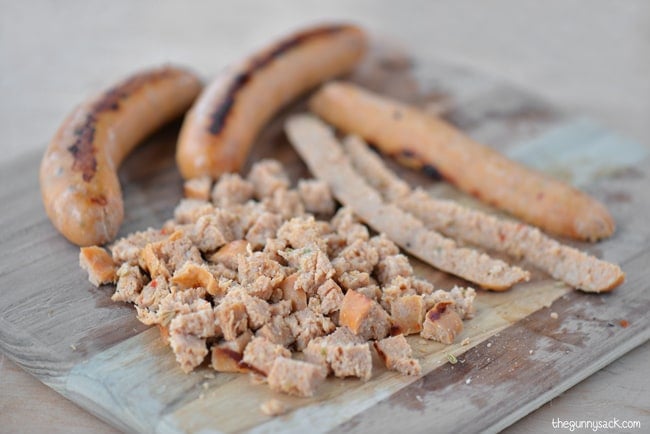 While the potatoes are baking, brown the thawed Gold’n Plump Parmesan Italian Chicken Sausage in a skillet at medium heat for about 7 minutes, turning frequently. Add about 1/4 inch of water to the bottom of the pan, cover and reduce heat to simmer. Continue cooking for 12-15 minutes until cooked through. Then, dice the sausages. 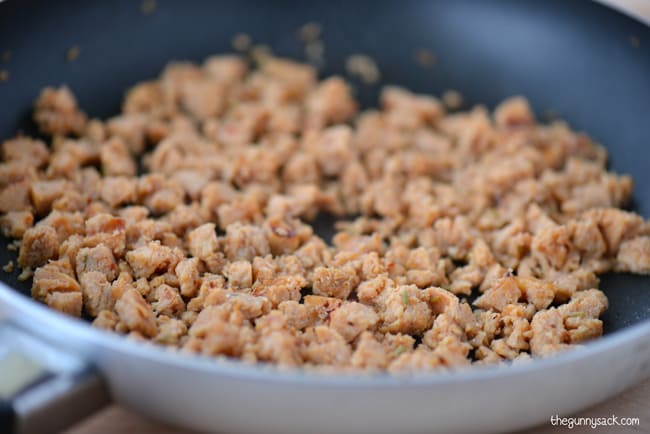 Return sausages to skillet to brown for a couple of minutes, stirring constantly. 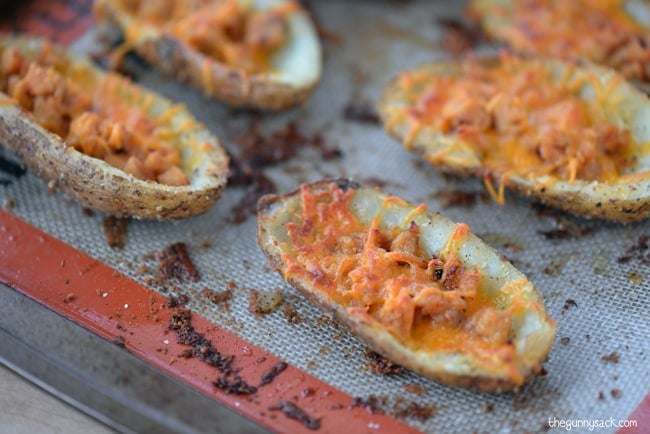 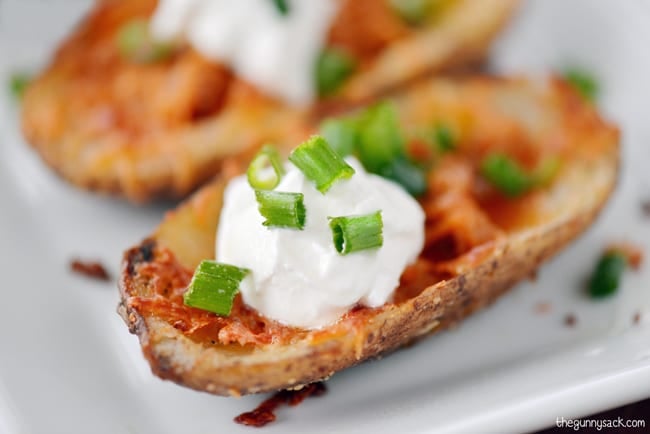