Today’s chocolate mocha pie recipe is a dessert in a jar for Pi Day! What is Pi Day? In math pi is 3.14, so 3/14 is Pi Day where all things pi (or in this instance pie) are celebrated. Since I am a lover of chocolate, coffee and mason jars, why not combine the three for this fun day? The pies are layered with a cookie crust, chocolate pudding, Cool Whip and vanilla Cool Whip Frosting. 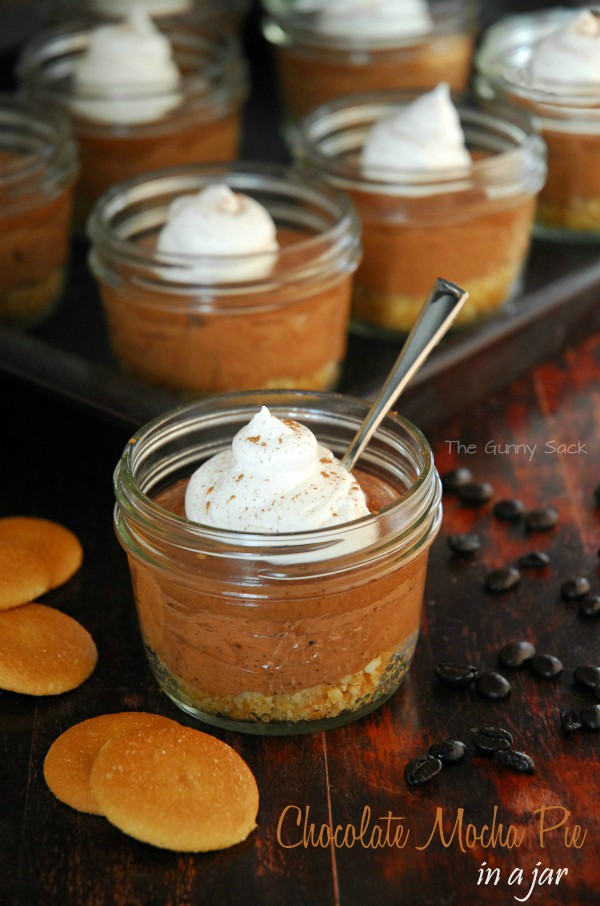 I love desserts in jars because they are already in individual sized portions and because they don’t spoil so quickly. It seems like when I have a large size dessert, the leftovers often get wasted because they start looking messy from people getting a serving of the dessert. When it is in a jar, it stays nice and pristine until you want to eat it. Since I am trying to really watch what I eat lately, I decided to make a lighter version of Chocolate Mocha Pie. The recipe is the same for the regular version but I used skim milk, sugar free pudding and light Cool Whip.

This has been the kind of week that needs a dessert! Take a guess as to what happens when your 10 year old son pours cold milk into a hot glass that he pulled for the final cycle of the dishwasher. Yes…you guessed right…the glass explodes!! The milk and glass shards cover the kitchen. Milk is one of those things that I really don’t like cleaning up because any milk that you miss become sticky and smelly.

Plus any glass shards that are missed can end up in your foot! So, the cleanup takes a long time and when there 5 kids eagerly awaiting their dinner, things can get a little crazy! Usually, my kids are responsible for cleaning up their own messes but when glass is involved I don’t let them clean it up because I don’t want them getting hurt. Anyway, I am having a chocolate and coffee kind of week! How is your week going? 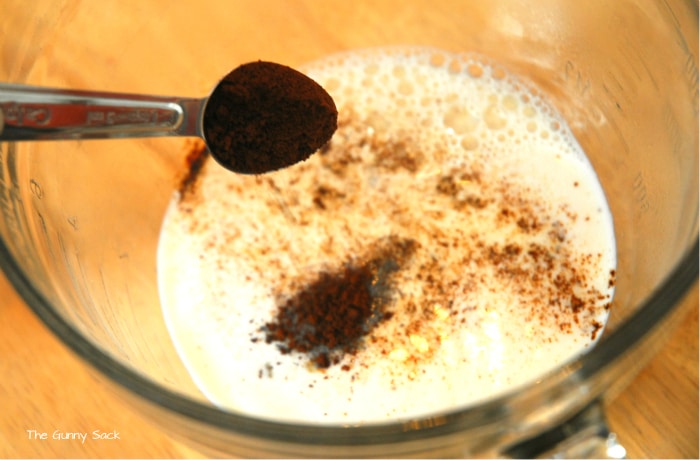 To include coffee flavor in the pie, I warmed up the milk in the microwave, without letting it boil, and added instant coffee to it. Then, I put the mixture into the fridge to cool. 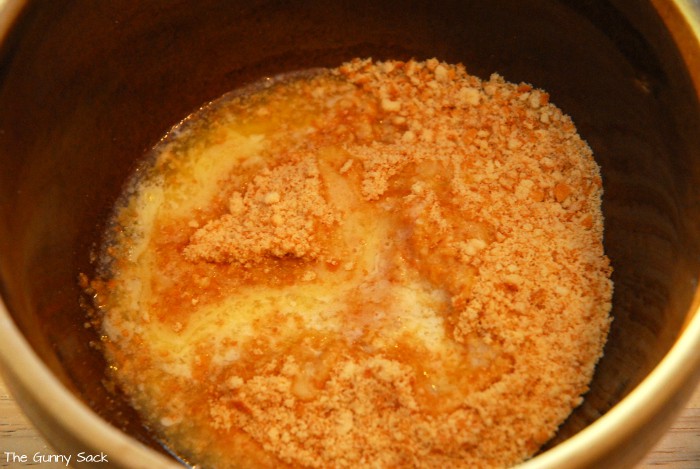 While the milk was cooling, I mixed crushed Nilla wafers with butter to make a crust. 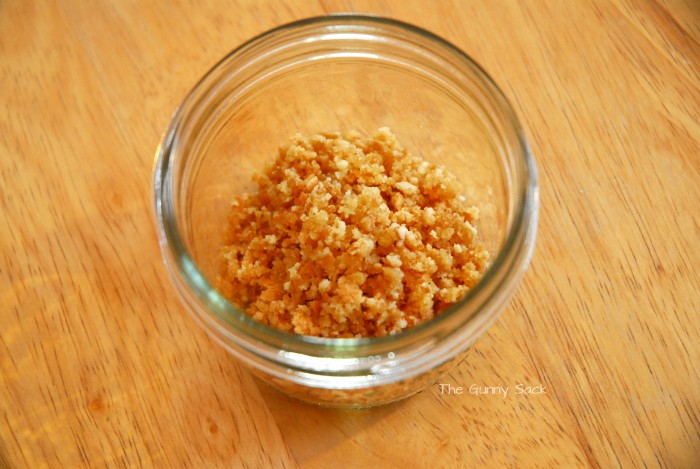 I divided the crust mixture into mason jars. I used eight 8 oz sized jars and put 2 tablespoons of the Nilla wafer crust into each jar. Then, I gently pressed the crumbs down to form the crust. I think this recipe would be perfect for the 4 oz. jelly jars but I only have one of that size left and my local store doesn’t sell them. If you decide to use the 4 oz size, just add 1/2 as much of the ingredients to each jar. 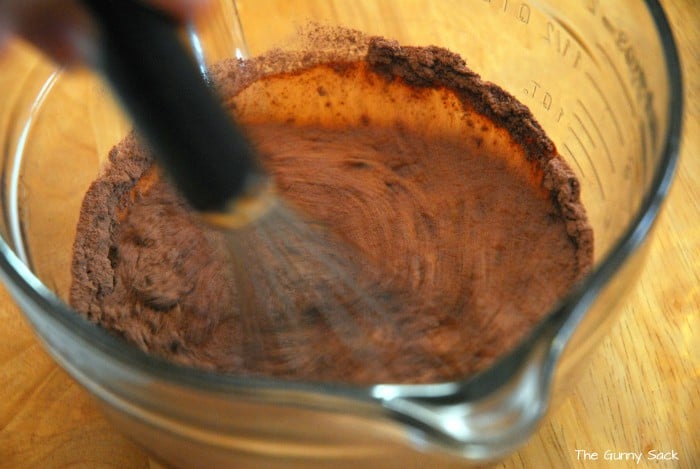 Once the milk and coffee mixture was cool, I whisked in 2 boxes of sugar-free chocolate pudding for 2 minutes. 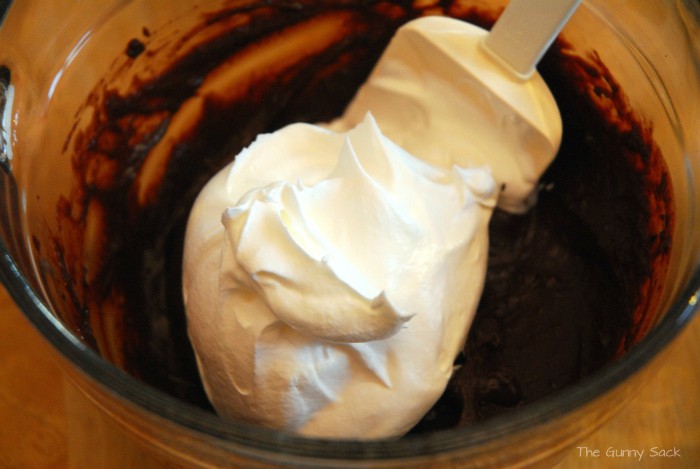 Next, I added Cool Whip whipped topping to the pudding and stirred until it was combined. 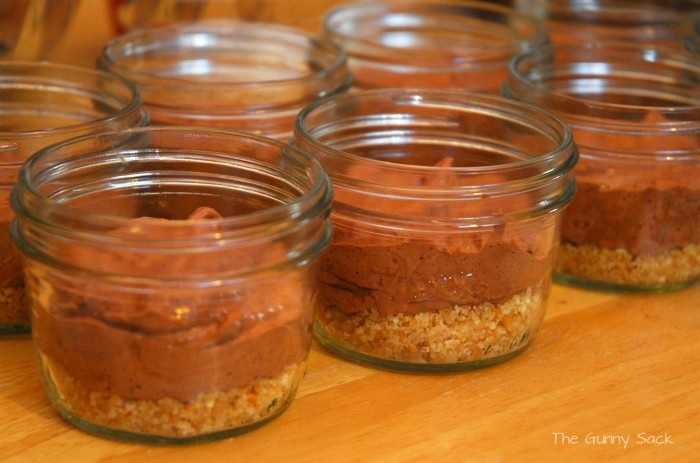 I put 1/3 cup of the chocolate pudding mixture into each of the mason jars. Put the jars into the fridge for 2 hours or until the chocolate filling is firm. 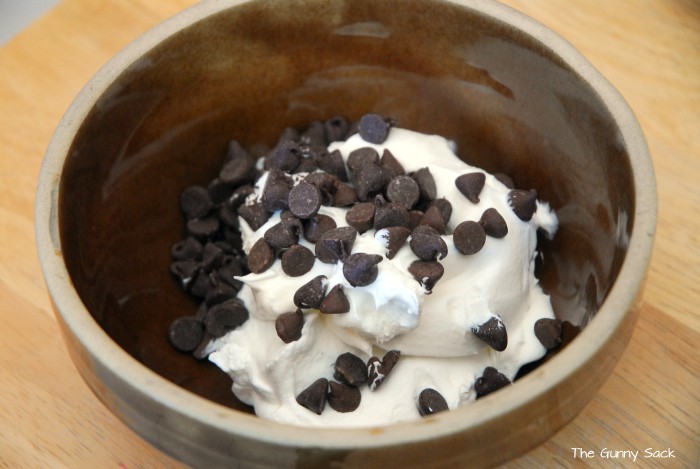 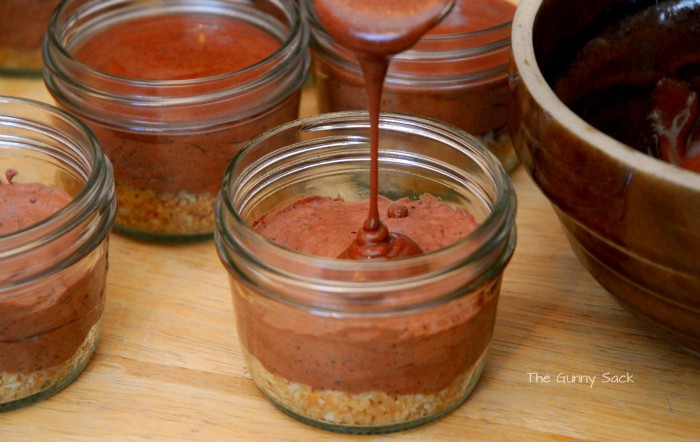 Pour 2 tablespoons of this glaze into each of the jars spreading it out to cover the pudding layer. Put it back into the fridge for 15 minutes to let the glaze layer get firm. 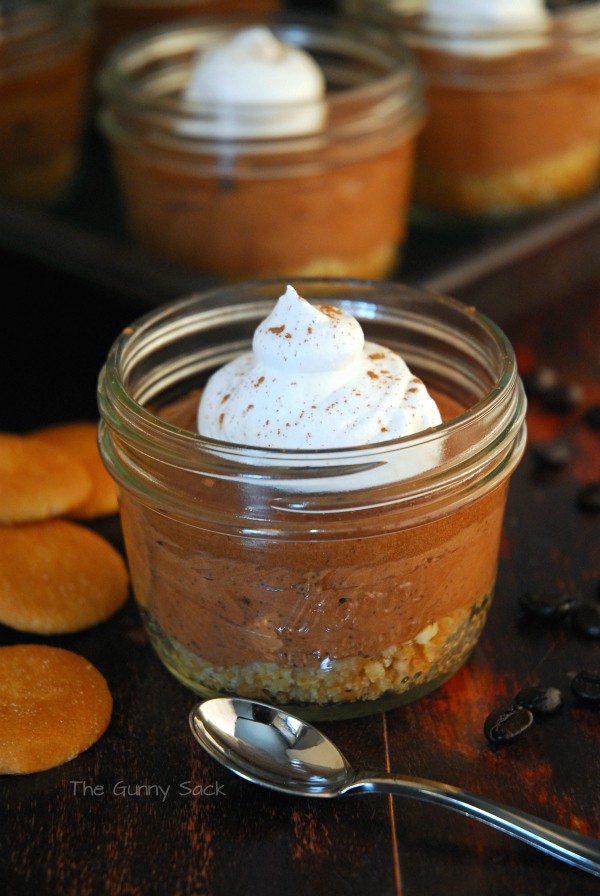 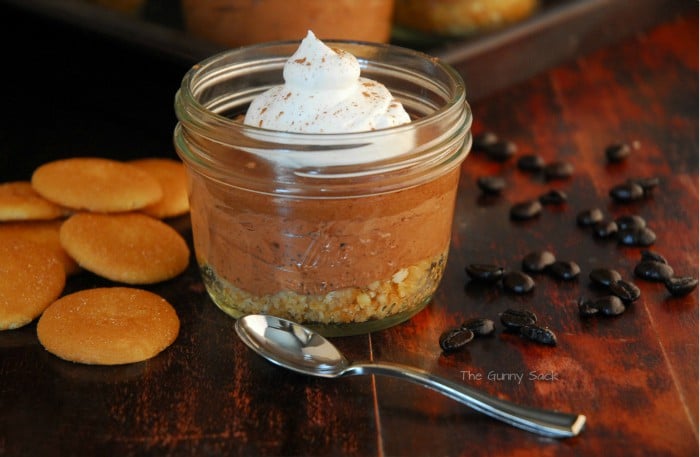 The jars can be stored in the fridge until you are ready to serve them. Put the mason jar lid on if you are keeping them in the fridge overnight. 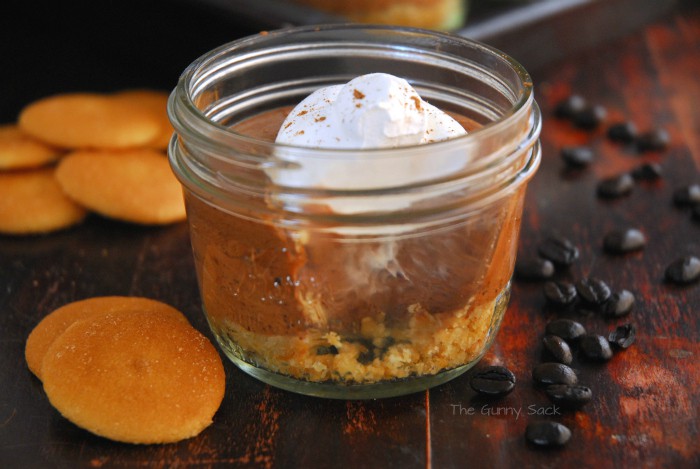 My kids had a really hard time waiting for me to finish taking pictures of these desserts. Once they were finally able to eat one, they couldn’t say enough good things about it. They definitely loved the bites that included some of each layer the most.

Looking for other desserts in a jar? 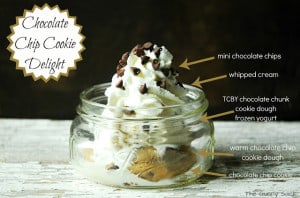 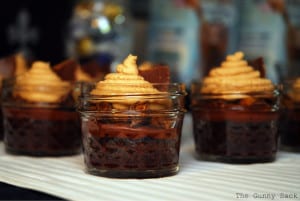