Hawaiian Barbecue French Bread Pizza recipe is easy to make in the oven or on the grill. Serve it as an appetizer or enjoy as a family dinner. Sponsored by Byron’s Pork BBQ. 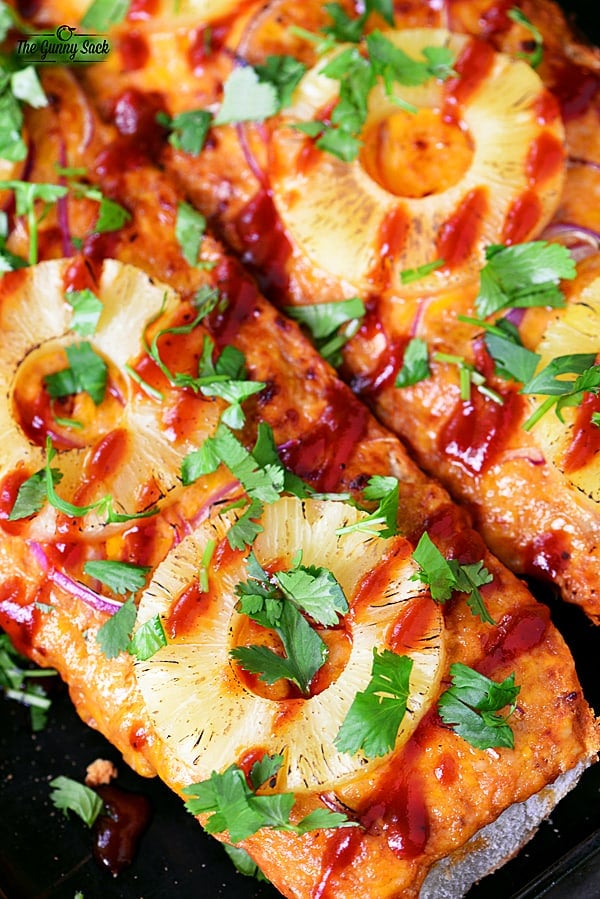 Summer has officially kicked off, the barbecue season is here and that is something to celebrate! Did you know that May in National BBQ Month? Last weekend, we had friends staying at our house. On Friday evening, Byron’s Pork BBQ sandwiches for dinner and on Monday morning we had omelets with a drizzle of barbecue sauce in them (if you haven’t tried it, you NEED to)!  Today I’m sharing a recipe for Hawaiian BBQ French Bread Pizza that is easy to make and perfect for sharing at your next backyard cookout. 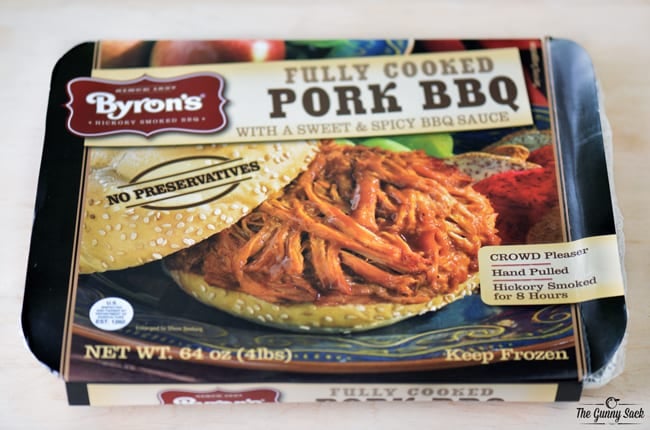 Both the barbecue sandwiches and this Hawaiian Barbecue French Bread Pizza were easy to make with Byron’s Pork BBQ from Sam’s Club. Byron’s Pork BBQ is fully cooked and can be used for everything from tacos to chili. It is a tasty combination of sweet and spicy that is hickory smoked for hours. There is enough pulled pork BBQ in one package for over 30 sandwiches! 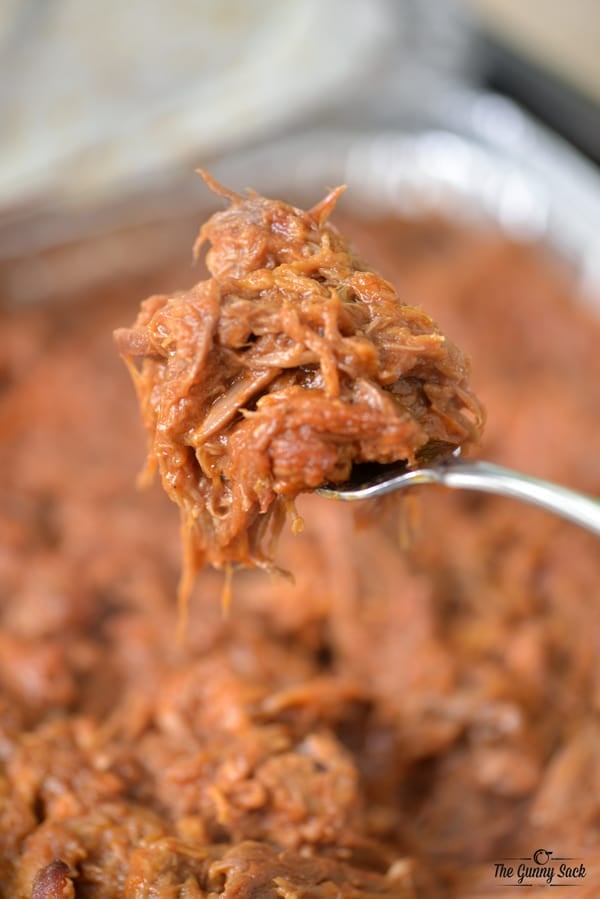 There are several options for heating the barbecue pork. You can warm it in the oven, heat it in the slow cooker or even on the grill. 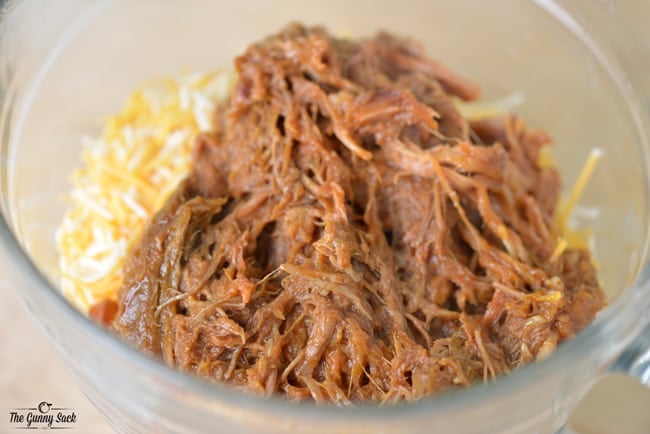 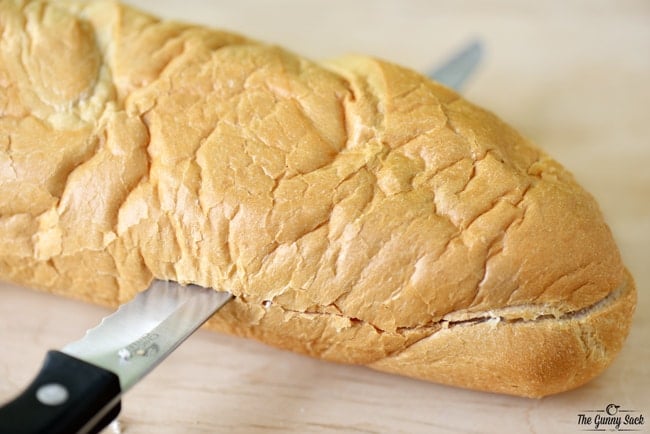 Slice a loaf of French bread in half and place them on a baking sheet. 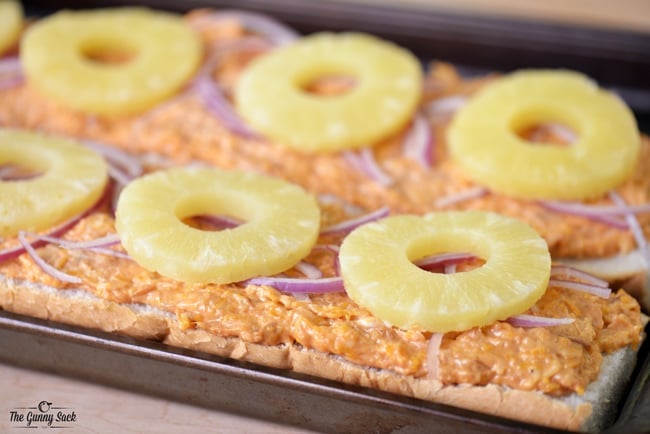 Spread the barbecue pork mixture on each half. Top with sliced onions and pineapple slices. Bake at 350 degrees for 20-25 minutes. Then, place under the broiler for 2-3 minutes (watching carefully to prevent burning) to brown the top, if desired. 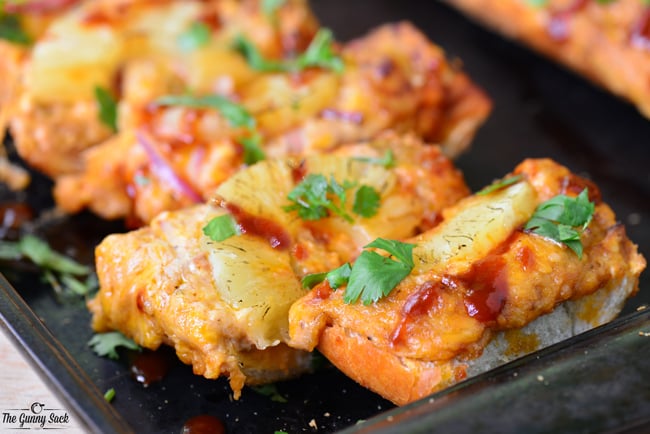 Remove from the oven, drizzle with barbecue sauce and sprinkle with chopped cilantro. (If you prefer to cook on the grill, loosely wrap each half in heavy-duty foil and grill over medium heat, covered, for 15-20 minutes until heated through.) 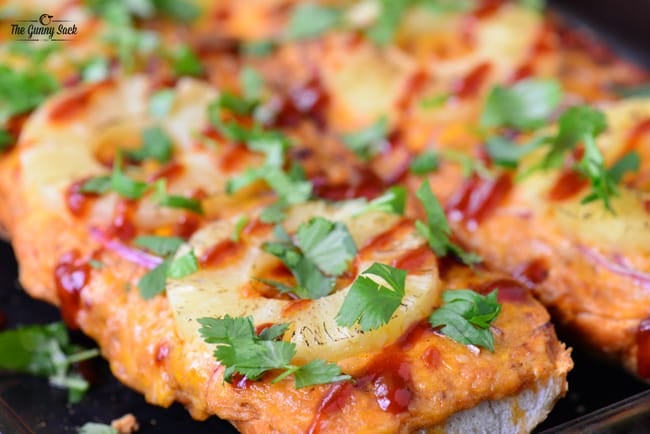 Cut the Hawaiian Barbecue French Bread Pizza into slices and enjoy! It can be served as an appetizer or as a main dish at your summer barbecue.