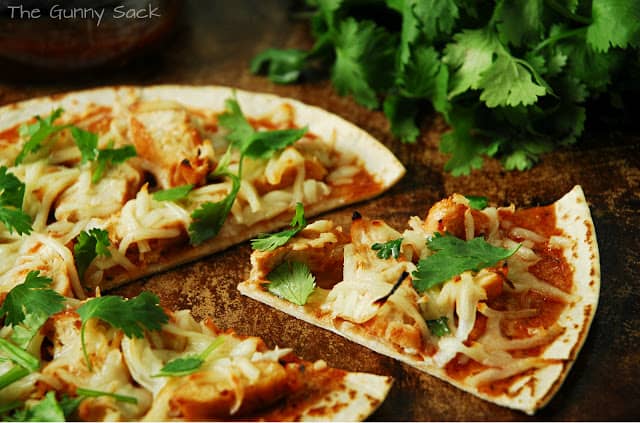 We are a pizza loving family and have pizza of some sort almost weekly!  My husband worked at pizza places as a teenager and so did his brothers.  More recently, one of his brothers worked as a manager at a local pizza place.  After hear about the delicious pizzas he made at work and at home for his wife, he offered to make some for us. So, one day at my in-laws, he made several different kinds of pizza and he used tortillas for the crust!  I was delighted at how delicious they all were and how easy they were to make.  And then, after seeing barbecue chicken pizza here, I knew I had to try making my own using a tortilla as the crust! 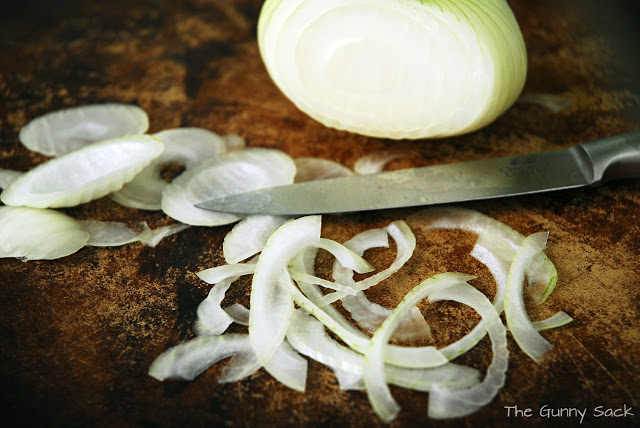 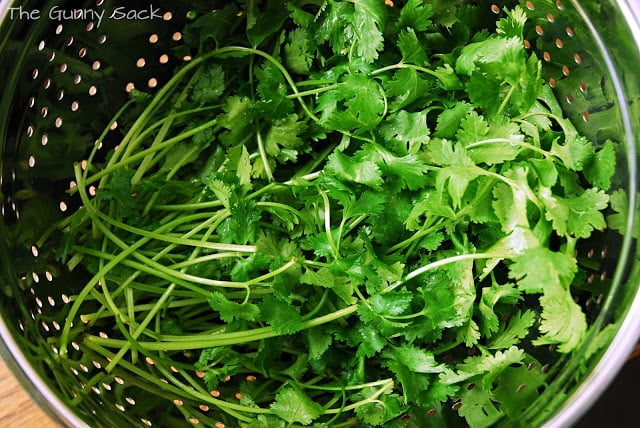 Then, I chopped some cilantro. 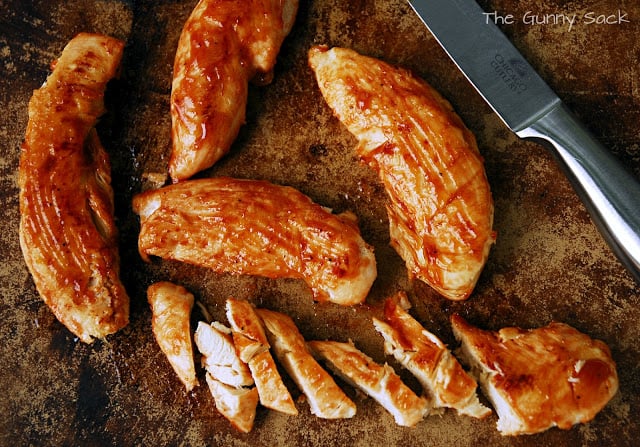 I sliced some BBQ chicken. 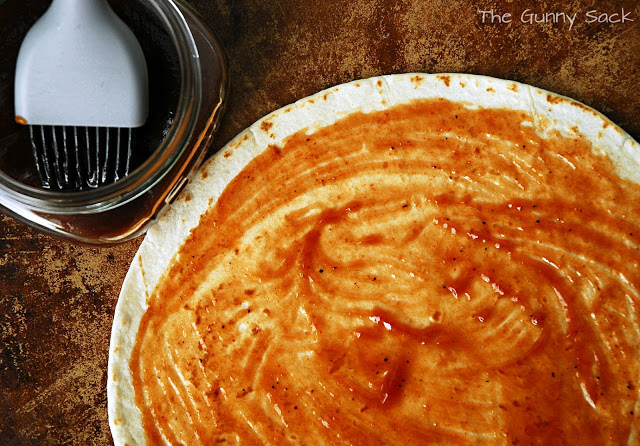 Brushed barbecue sauce on the tortilla. 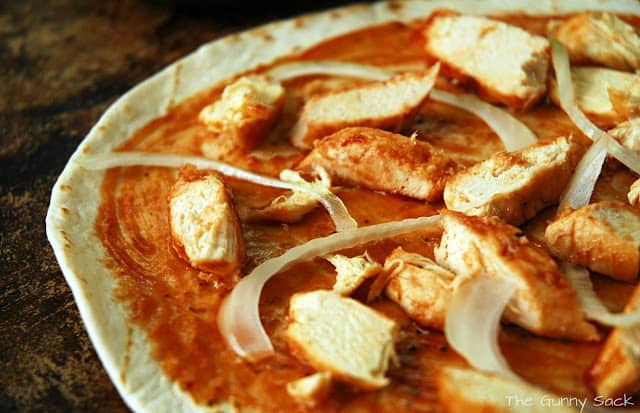 Topped it with chicken and onion slices. 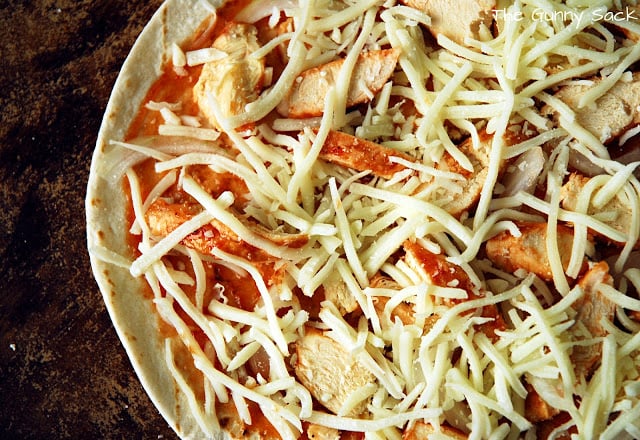 Sprinkled on mozzarella cheese and baked at 375°F until the cheese melted. 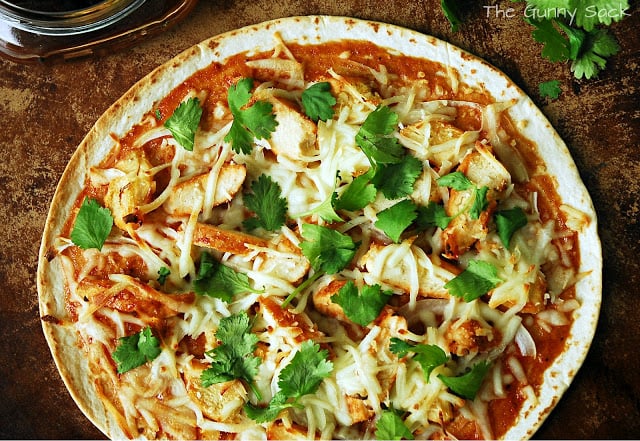 After baking, I sprinkled on the chopped cilantro and wow was it delicious!

Since these pizzas are small and the tortilla is thin, one pizza serves only one person.  My husband and son didn’t want BBQ chicken pizza so I made them pepperoni pizza on tortillas and they really like them!  This is definitely going to be an easy, go-to dinner this summer and next time I want to try it on the grill!
« How To Make Your Own Washi Tape Tutorial
Backyard Bash WASHOUT »