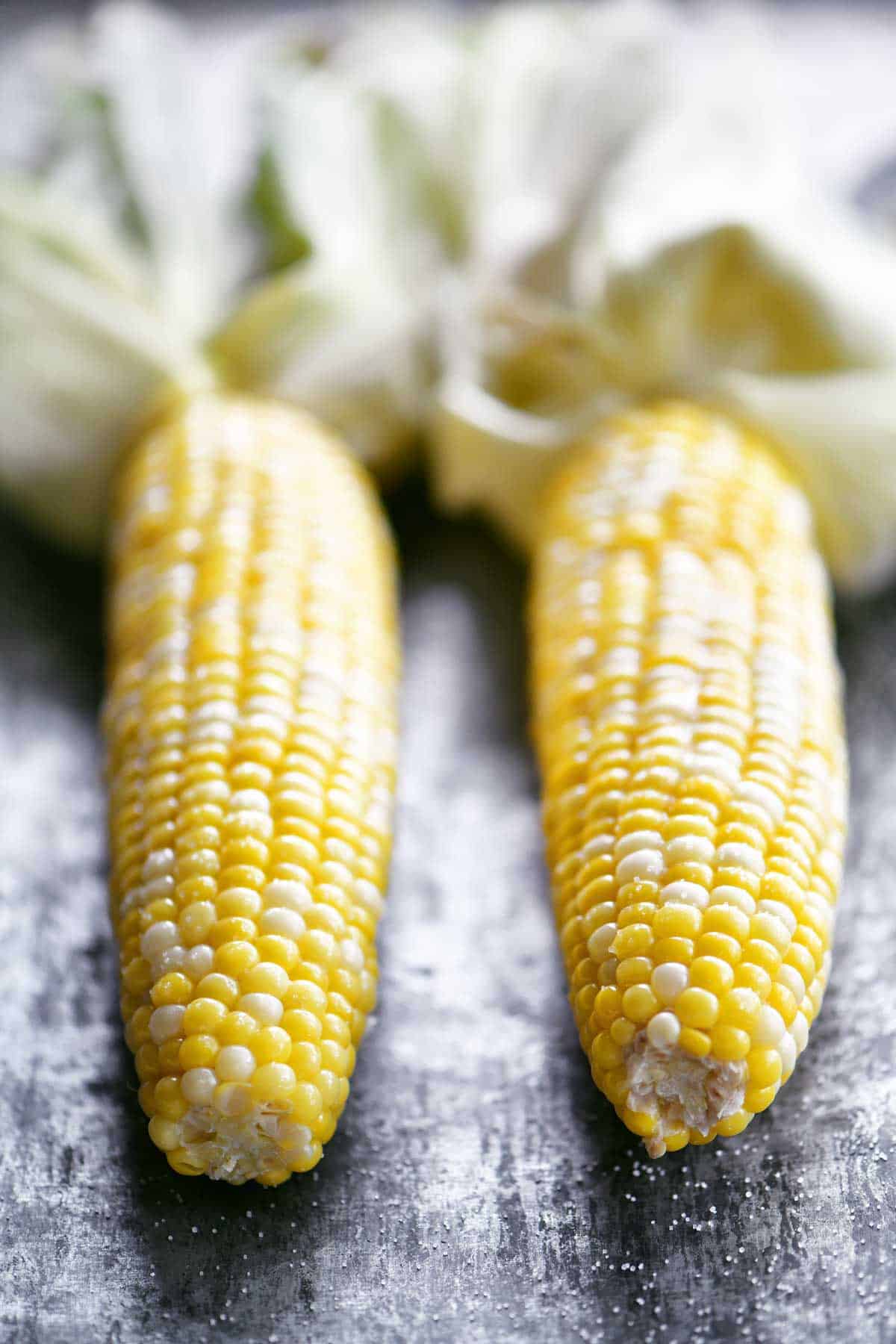 I was very hesitant to try microwaving corn on the cob which is strange because I make things in the microwave all the time.

I guess I thought that making microwave corn on the cob would somehow change the flavor but I am delighted to tell you that it turned out delicious!

No boiling water, no turning on the oven, no lighting the grill, and no dishes to wash!

What To Look For When Choosing Corn On The Cob 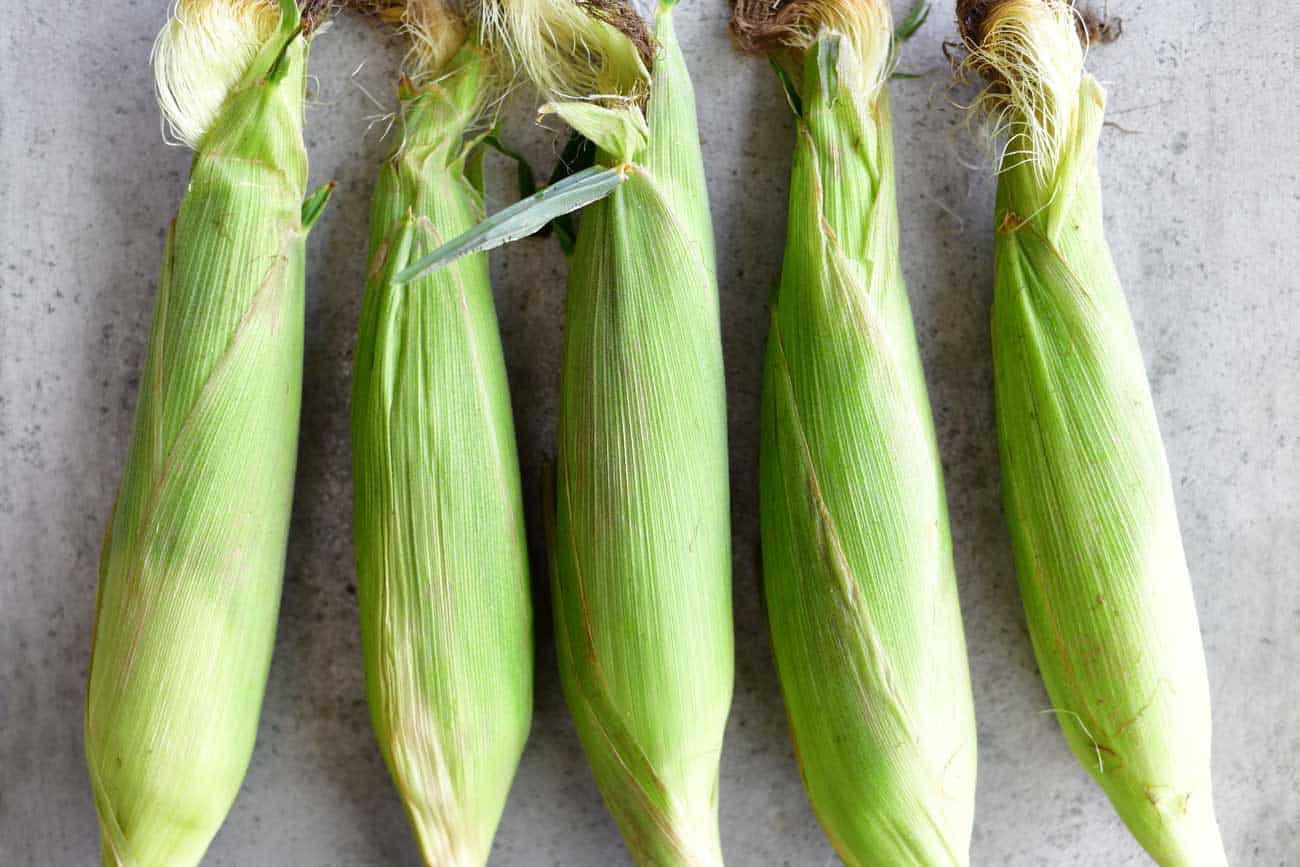 1. If possible, try to purchase corn on the cob as directly from the source as you can. Check farm stands and farmer’s markets. The freshest sweet corn is the best!

2. Look for husks that are bright green and still closely wrapped around the cob.

3. The silks should be brown and sticky. Avoid ones with black, dry silks.

4. Check to see if the husks and stalks are still moist.

5. Peel back a bit of the husk to peek in at the top of the corn cob to see how it the corn looks.

Microwave Corn On The Cob Instructions 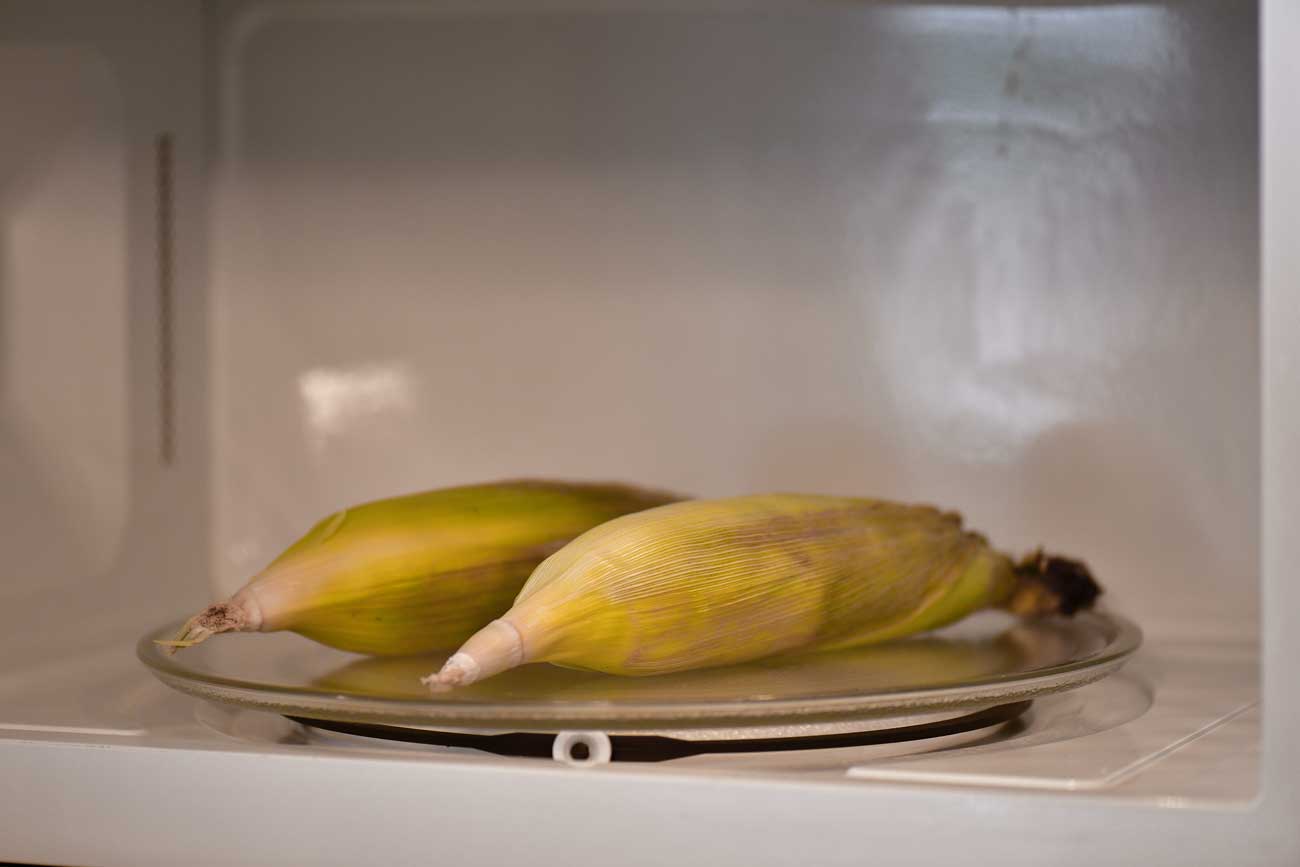 Place two ears of corn on the cob with the husks in the microwave.

You can also cook corn on the cob one at a time or up to three at one time.

When microwaving three ears of corn on the cob, place them in a triangle shape in the microwave for even cooking. 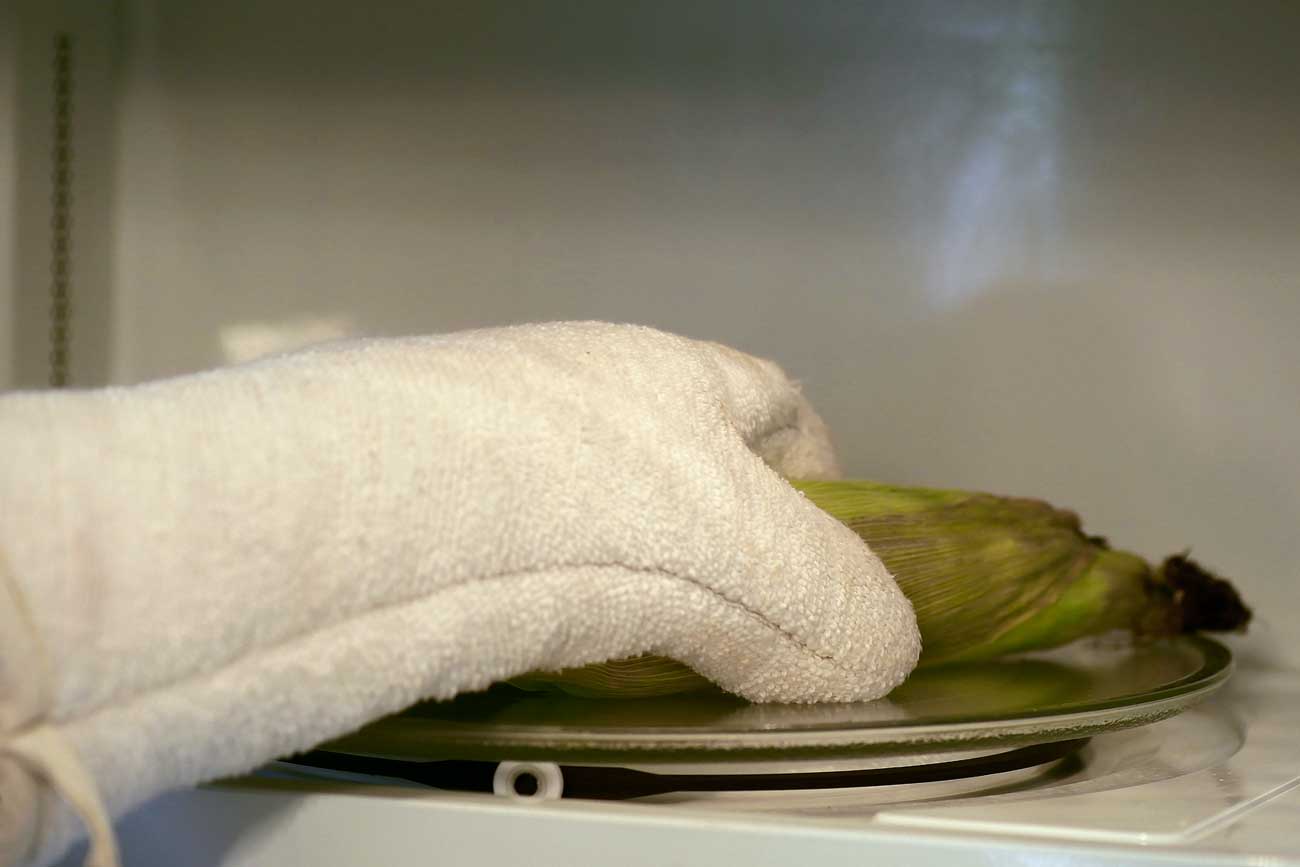 Microwave two ears of corn on the cob for 3-4 minutes on high.

Start with three minutes. Check the corn and continue cooking it in 30 second intervals until hot.

Remove the hot corn from the microwave with an oven mitt or tongs. 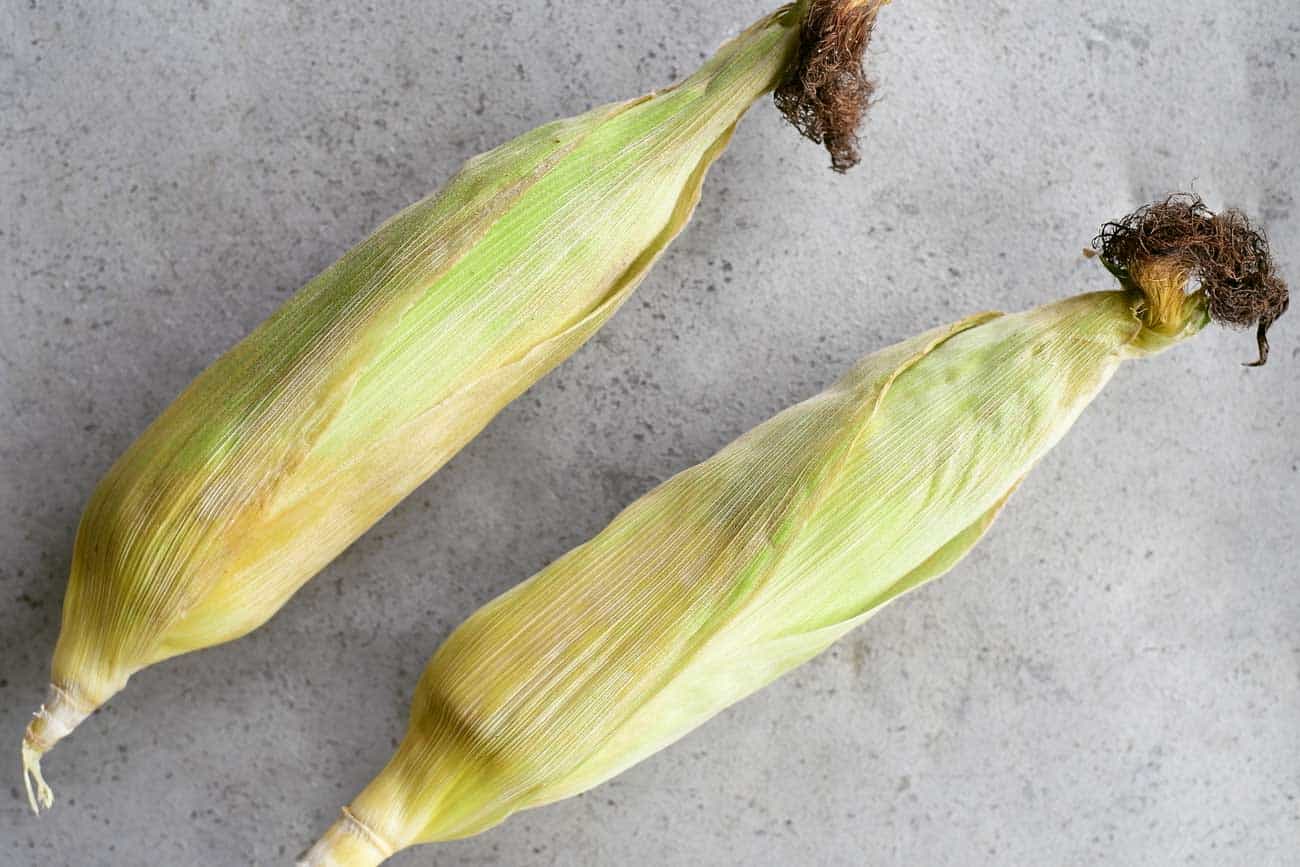 Place the hot corn on the cob on a heat-proof surface and allow it to cool long enough that you can pick it up. 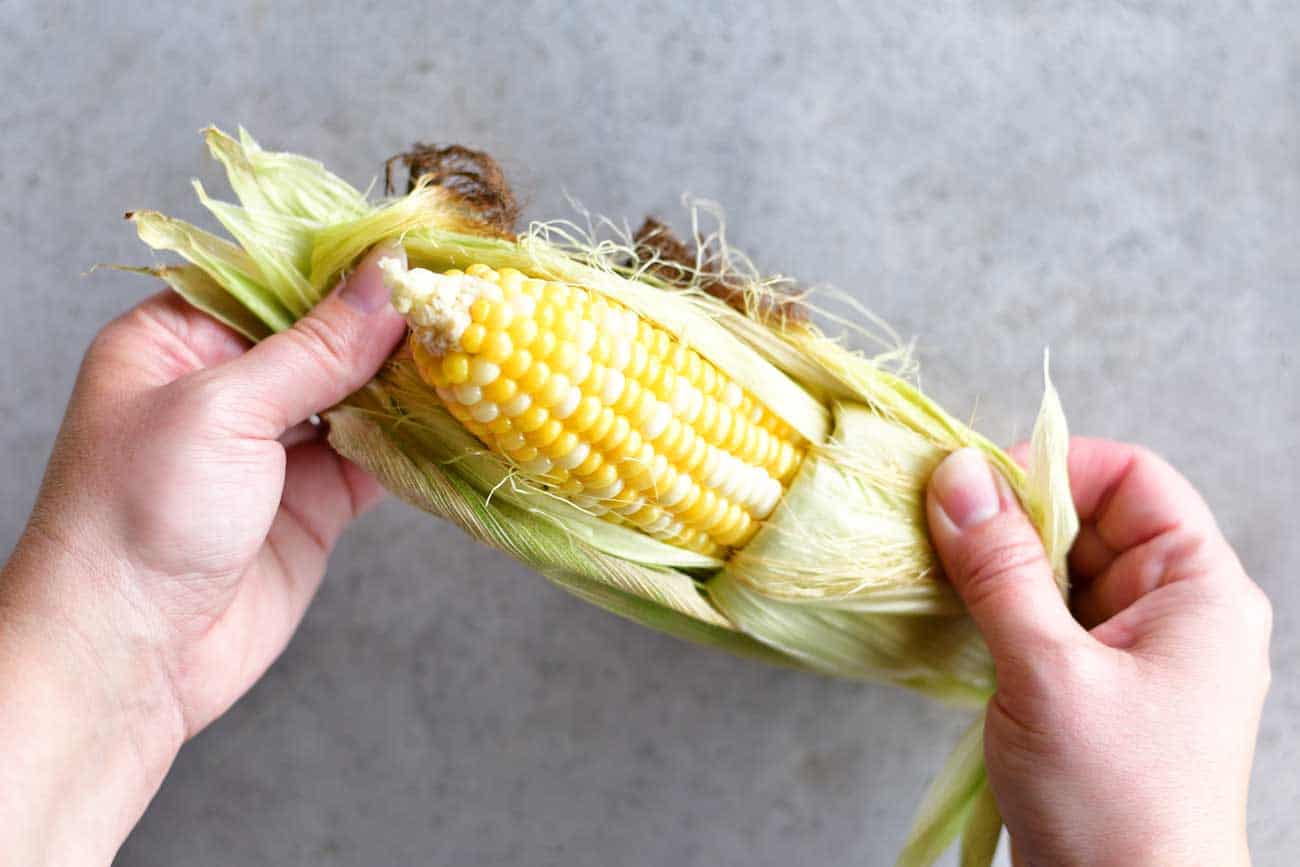 Peel the corn on the cob.

Microwaved corn on the cob is super easy to peel and the silks come right off! 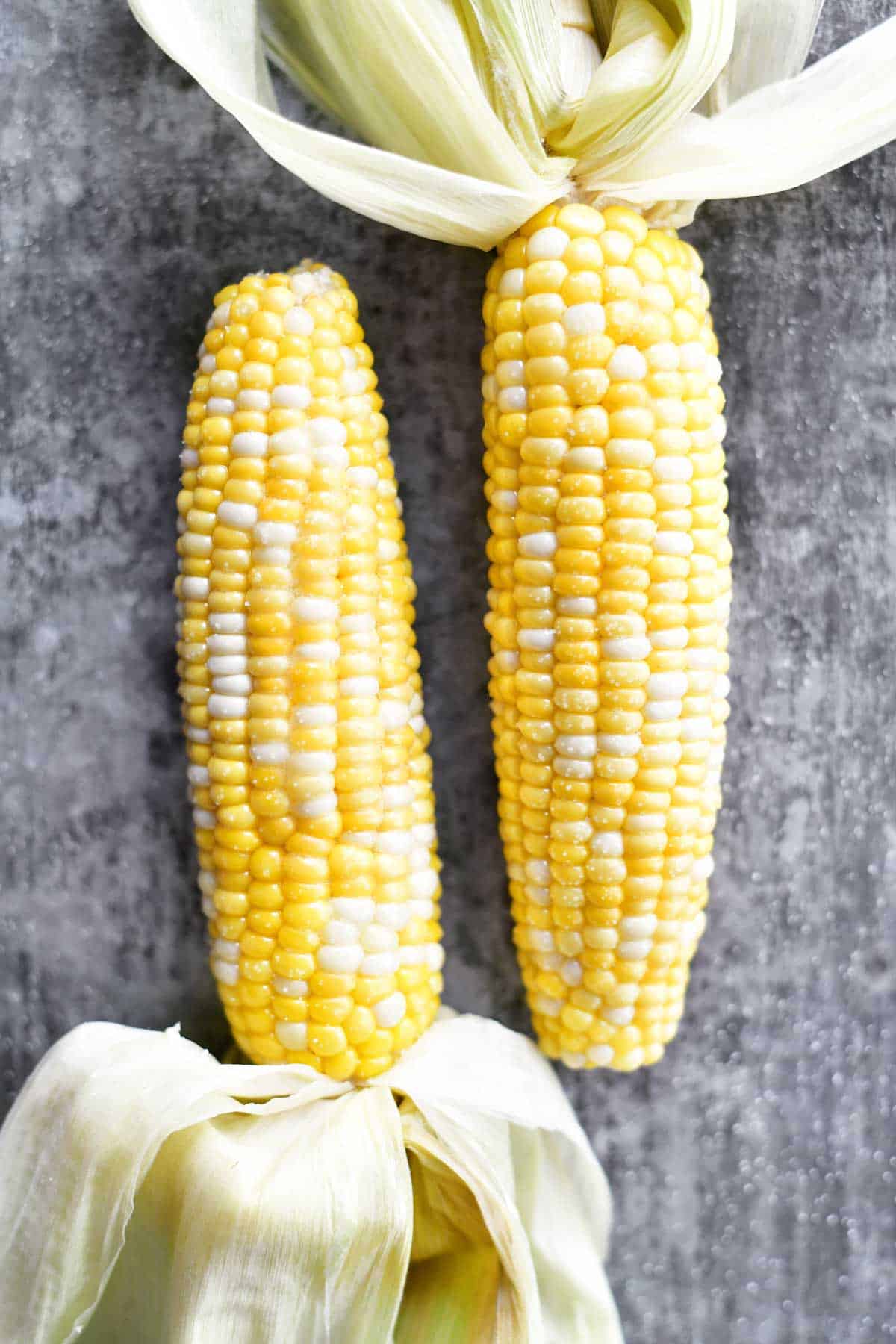 Top with butter and salt while still hot and serve immediately. 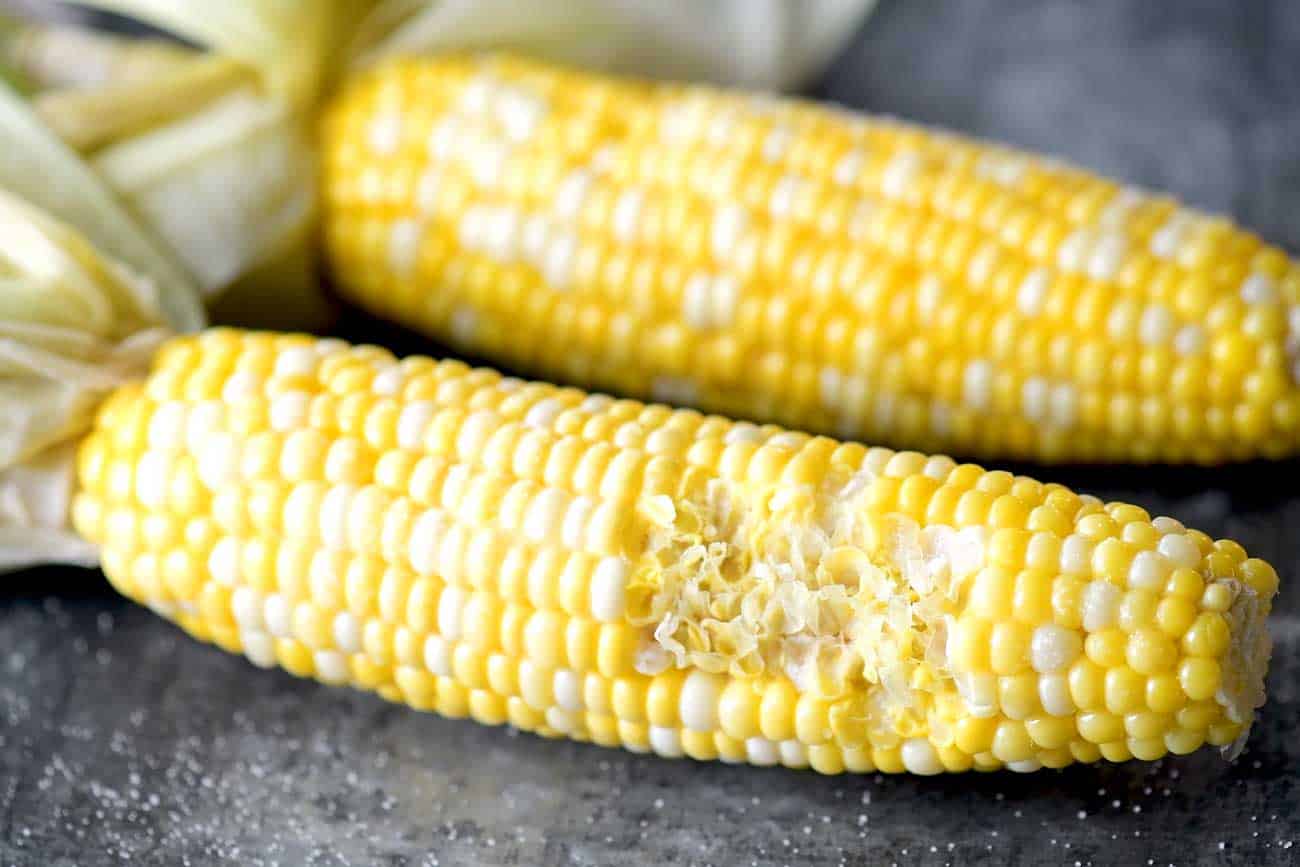 Microwave Corn On The Cob FAQs

1. Can you cook corn on the cob in the microwave without the husks?

2. Should I remove the silks before microwaving the corn on the cob? No, they do not need to be removed and come off easily after microwaving.

3. How can I use the microwave to make corn on the cob for a larger group? This probably isn’t the best option for a crowd but could be used in addition to other methods when trying to make lots of corn.

4. Can I microwave more than three ears of corn on the cob at a time? For the best results, only do four or less at once. Since it only takes a few minutes, the corn can be cooked in batches.

5. Can you cut off the stalk end after microwaving corn on the cob and have the cob slide out without having to peel it? I tried doing this but never got it to work right. I was easiest for me to shuck the corn after cooking. 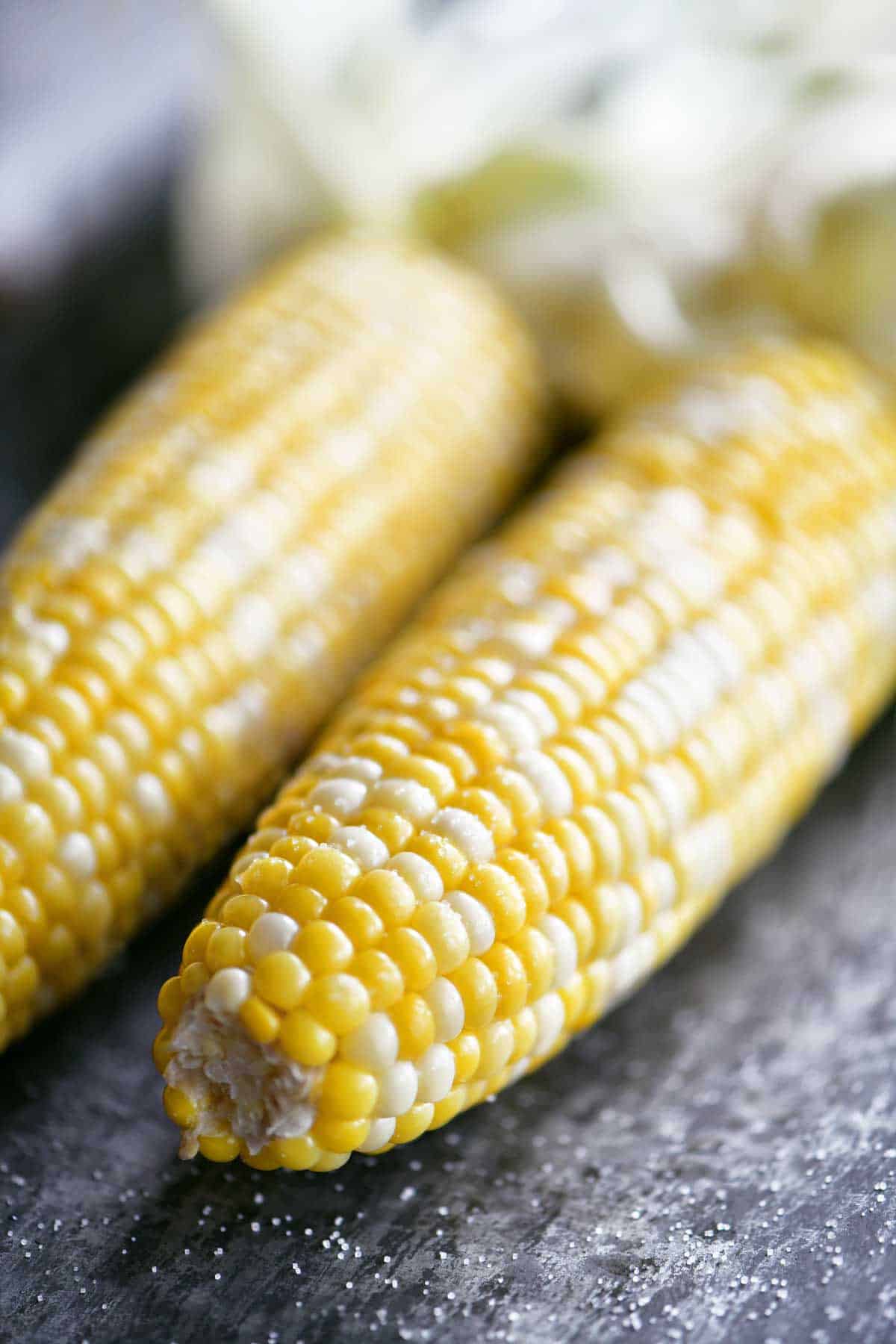 How Long To Cook Corn On The Cob In The Microwave

First of all, it’s important to remember that every microwave is different. There are different wattages, brands, and ages of microwaves so the times may vary. Start with the lowest time and continue microwaving in 30 second intervals until hot.

1. Microwave ONE EAR of corn on the cob, in the center of the microwave, on high for 2 – 3 minutes.

2. Microwave TWO EARS of corn on the cob, evenly spaced out, on high for 3 – 4 minutes.

3. Microwave THREE EARS of corn on the cob, laid out in a triangle, on high for 4 – 5 minutes.

How To Use Leftover Microwave Corn On The Cob

Turns out you weren’t as hungry as you thought you’d be and now you have leftover corn on the cob? Cut it off of the cob and store it in the fridge or the freezer. Then, use it in one of these recipes:

Corn Salad from The Gunny Sack: This Corn Salad recipe is a creamy combination of fresh sweet corn, colorful peppers, and ripe tomatoes! It is the perfect summer salad for potlucks, picnics, and barbecues.

Cowboy Caviar Cups from The Gunny Sack: This easy appetizer recipe for Cowboy Caviar, aka Southwest Black Bean salad, is fun to serve in little tortilla chip cups. This healthy dip has lots of protein and fiber!

Corn Fritters by Table For Two: Grilled corn fritters are a great way to use your leftover corn! These little cakes are so easy to put together.

Want to microwave more or less corn on the cob?