This recipe for Dutch Apple Pie is so easy to make! Instead of having a double crust like a traditional apple pie this recipe has a fabulous crumble on top. 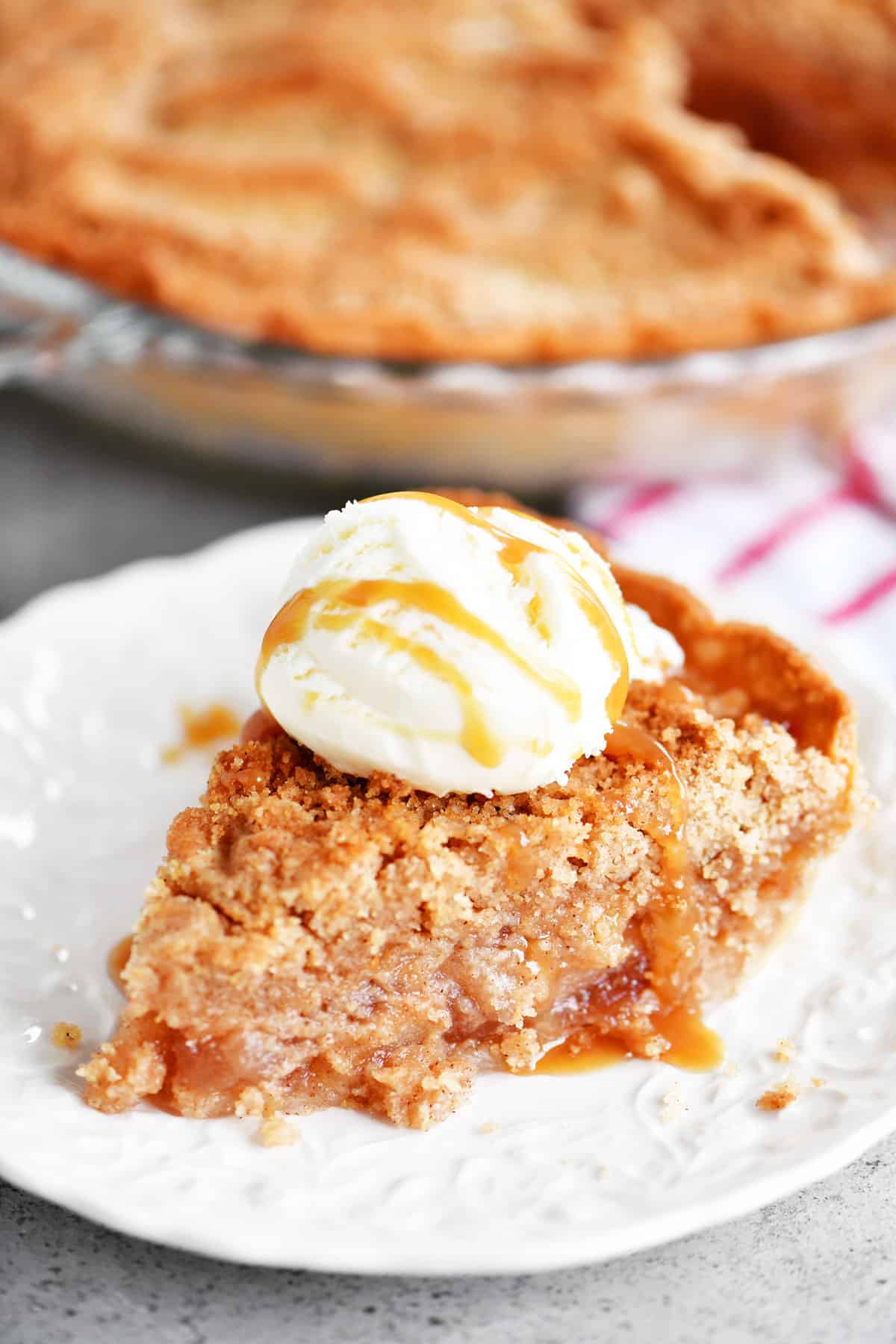 There’s nothing quite like a slice of warm apple pie with ice cream on top! This recipe for Dutch Apple Pie is like a cross between an apple crumble and an apple pie.

Although it is super easy to make, I’ve also included instructions on how to freeze an unbaked apple pie so that you can make an extra one for later!

Where is the recipe for Dutch apple pie from one batch? In this post, I will share step-by-step instructions with photos for how to make the recipe, as well as answering FAQs about the recipe and sharing a short video showing the recipe in motion. But you can go directly to the recipe by scrolling down to the bottom of the post. 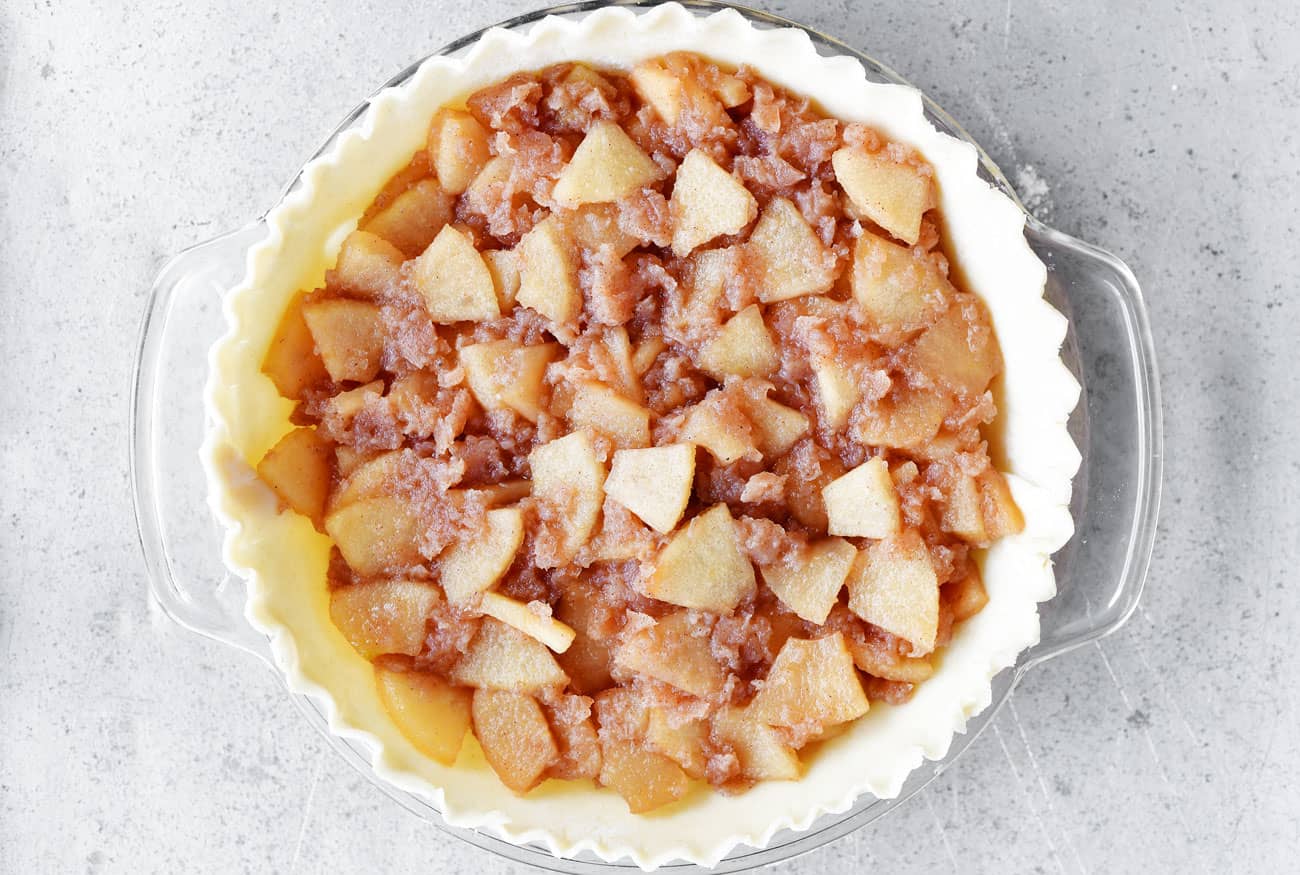 How can I save time making a Dutch apple pie?

I totally get it! You are short on time but you still want to bring a pie to Thanksgiving or that autumn celebration. I am the same way. Here is how I made this pie on short notice and let it bake while getting ready to go to a ladies’ coffee night.

1. Pie Crust: Rather than making a homemade pie crust, use a store-bought one! Yes, I love using ready-made pie crusts. And since the crust really isn’t the star of the show, no one ever notices.

3. Prep: If you know you are going to be making this pie, you can prepare the crumble the day before and store it in the fridge until you are ready to assemble the pie. 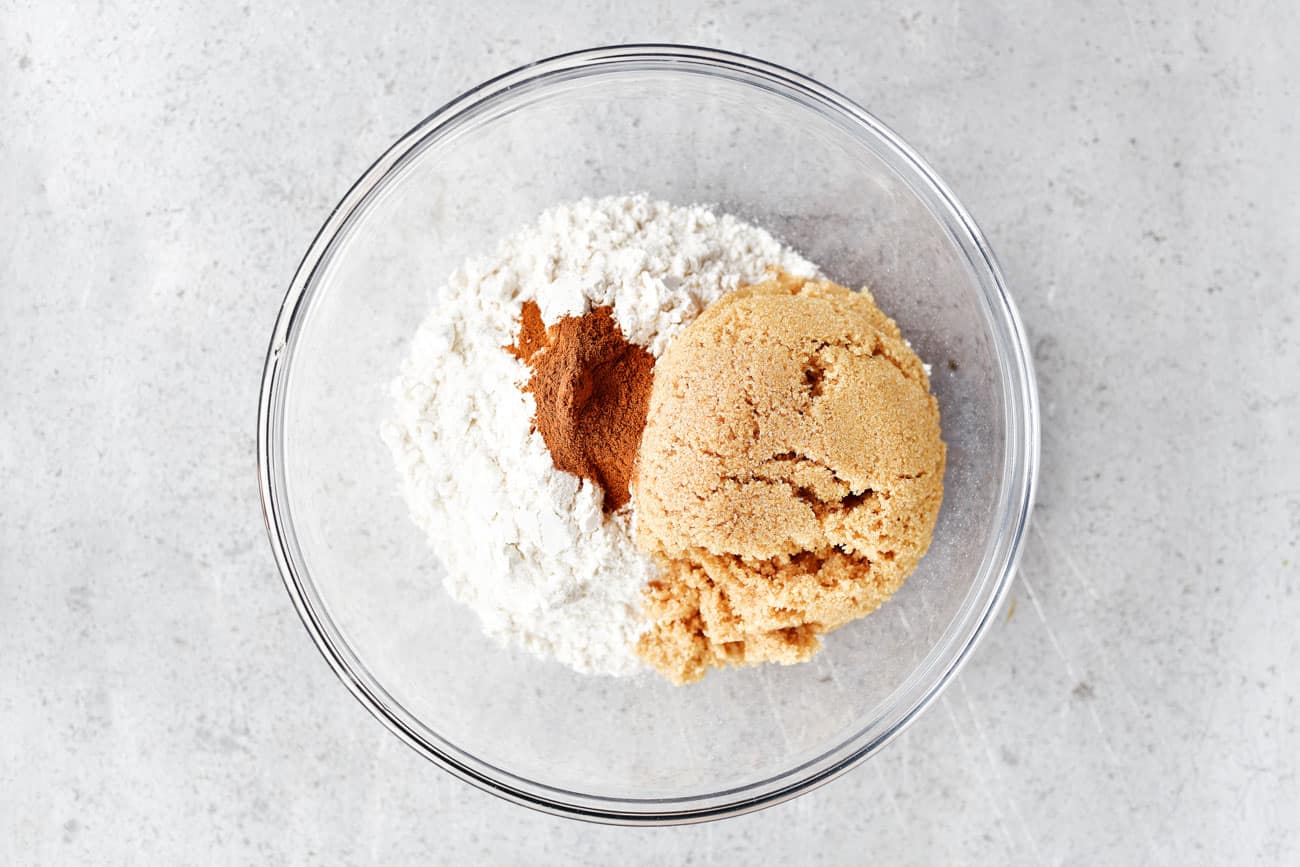 What is the difference between a classic apple pie and a Dutch apple pie? 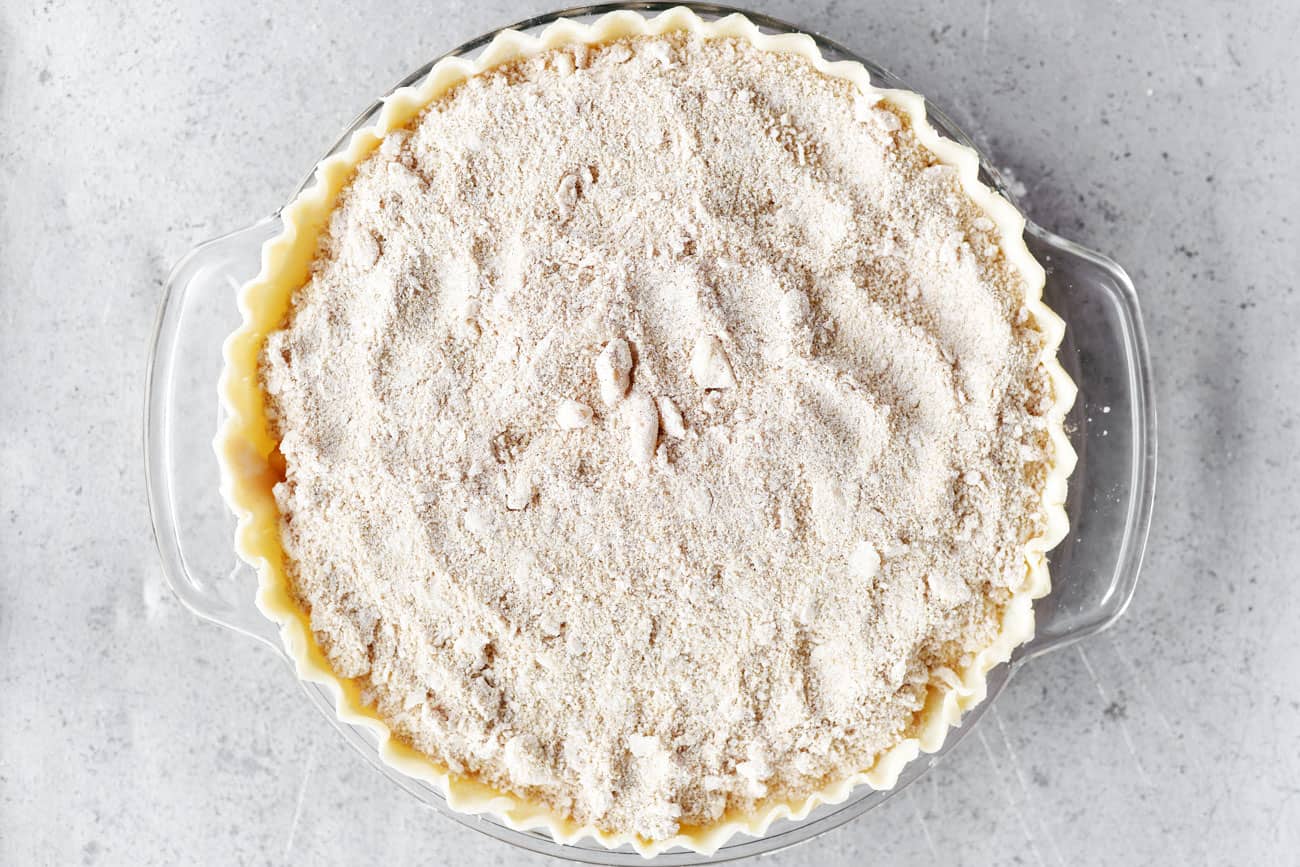 Isn’t this a French apple pie?

I spent some time researching what the difference is between a French apple pie and a Dutch apple pie but never found a conclusive answer. Several websites had theories but none of them matched up leaving me still wondering.

To make it even more confusing, another optional name is an apple crumb pie. So, whatever you decide to call it is up to you and it still tastes as delicious. 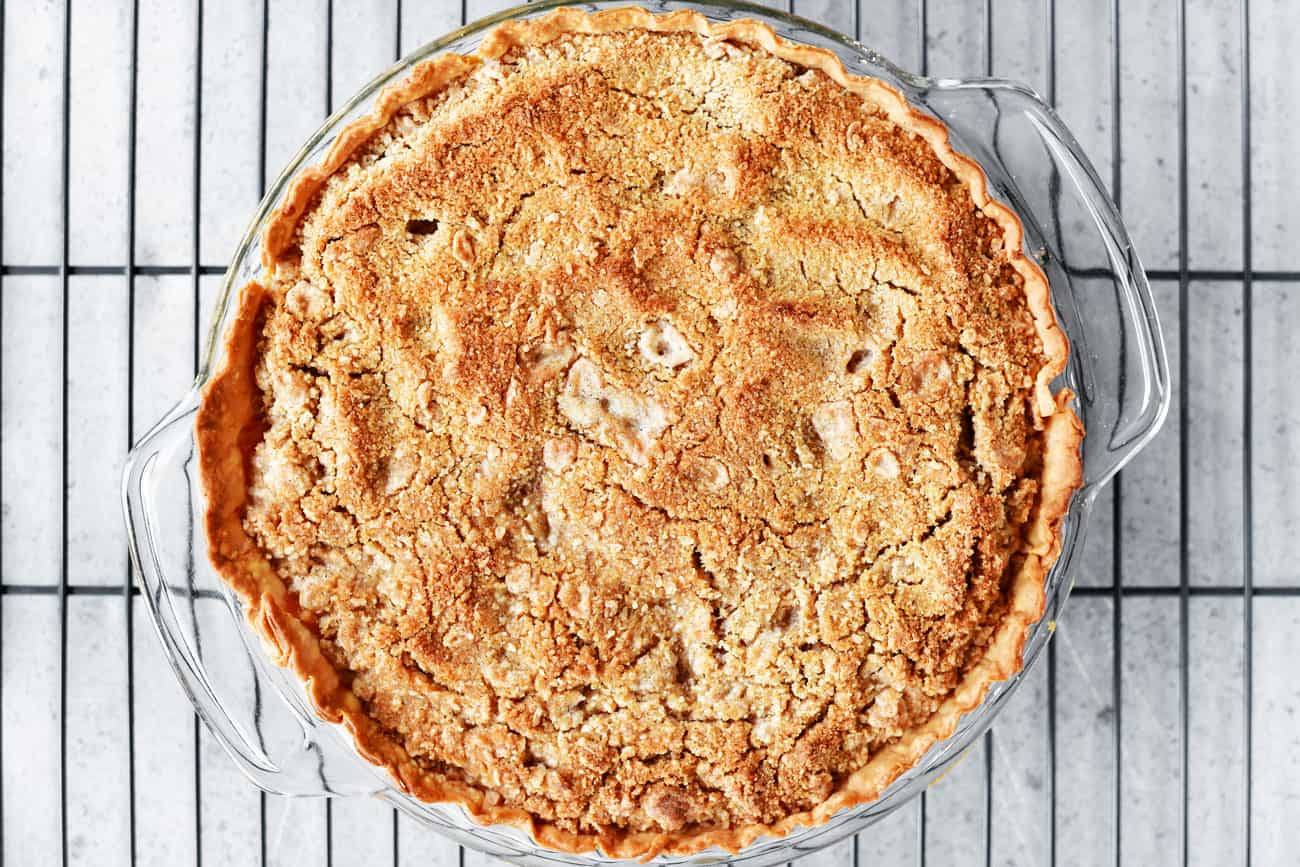 Can this be made ahead of time?

Yes, you can make a Dutch apple pie ahead of time! Bake the pie and allow it to cool. Wrap the pie with foil or plastic wrap and store it in the fridge. I love warming the pie up in the oven or the microwave before serving it. 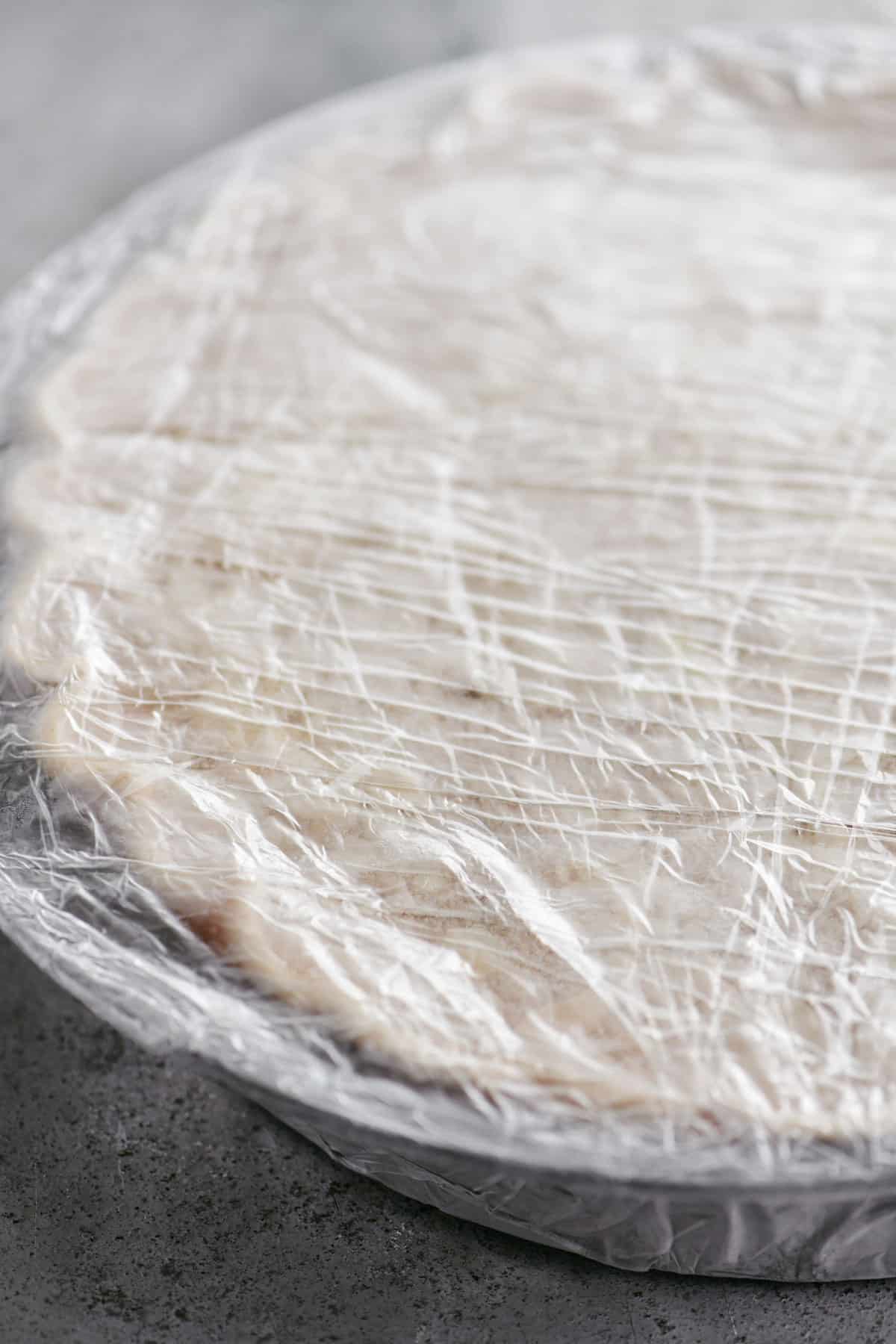 Wondering how to freeze an uncooked apple pie?

To freeze an uncooked apple pie, assemble the pie in a METAL pie pan. Wrap the pie tightly in plastic wrap, place it in a freezer bag, and label the bag.

When ready to bake, unwrap the pie and bake at 400˚F for 60-65 minutes, until the crumble is evenly golden brown and the apple pie filling is bubbly. Cover the edges of the pie only with foil after 45 minutes, if they are getting too done. 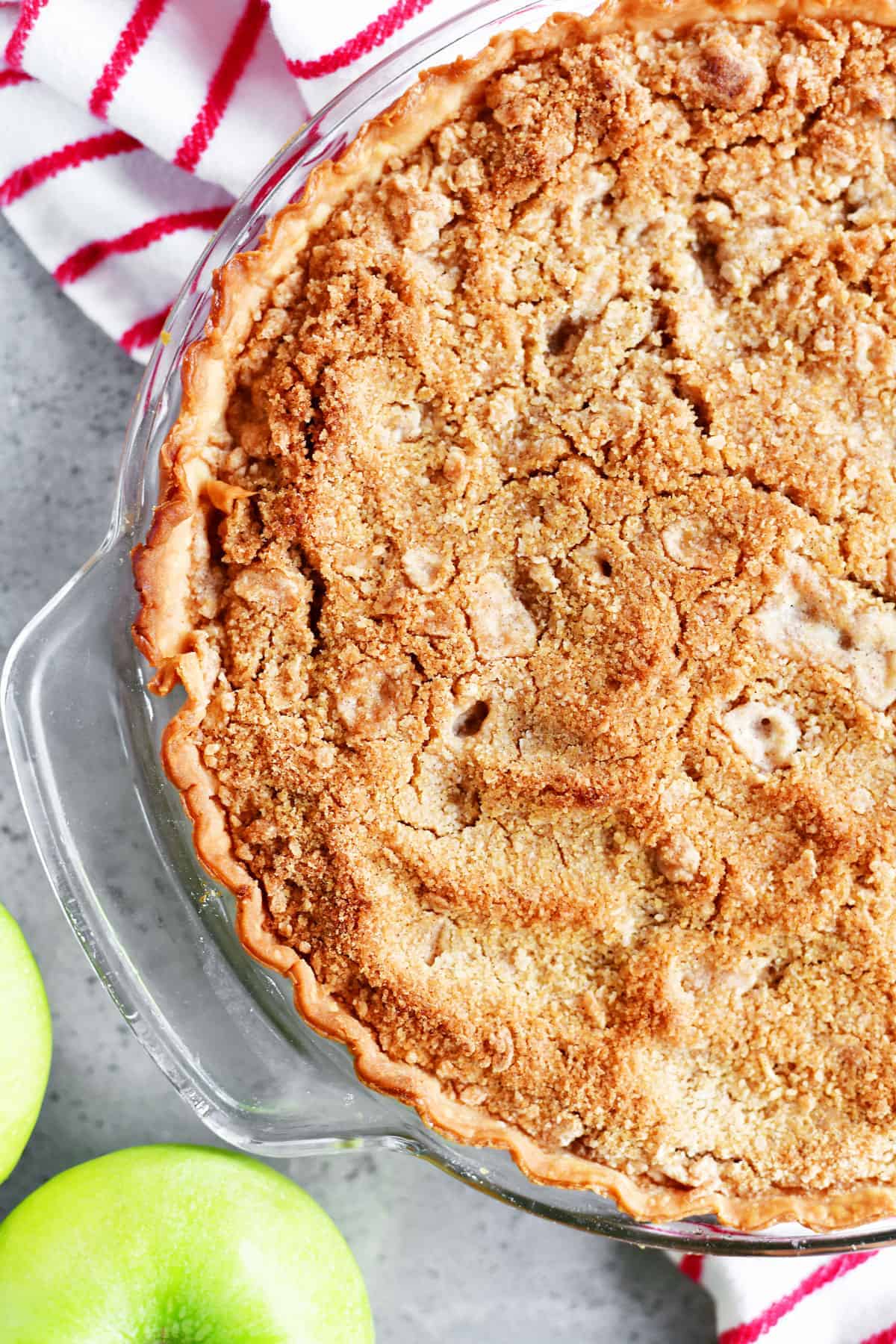 How can I make a lighter version?

To make a lighter recipe for Dutch apple pie, I would skip the pie crust and turn it into an apple crumble. By skipping the pie crust, you’ll skip a lot of fat and calories.

Use a no sugar added apple pie filling and make the crumble with a sugar alternative and butter alternative. Plus, you could use less of the crumble than the recipe calls for. 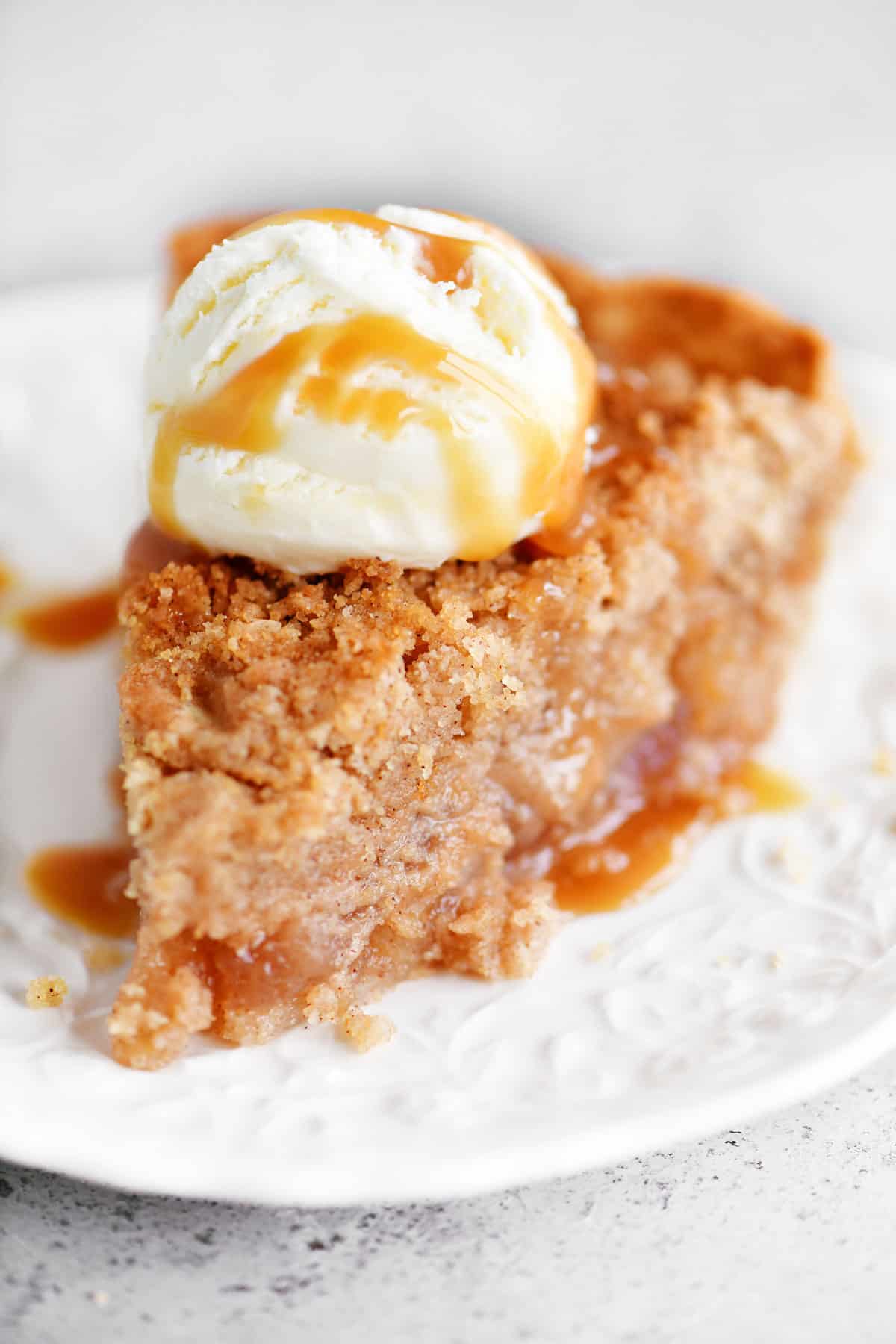 Bloomin’ Baked Apples taste like an apple pie with an ooey, gooey caramel center! This is an easy dessert recipe for fall and it’s made with Honeycrisp apples.

These Caramel Apple Cookies from House of Yumm are bursting with bits of fresh apple and chewy caramel.

Caramel Apple Mousse Cake is layers of apple cake and creamy caramel mousse. This apple dessert is perfect for fall!