This Bloomin’ Baked Pears recipe with butterscotch caramel and pecans is perfect for fall! Serve warm with vanilla ice cream for a special dessert! 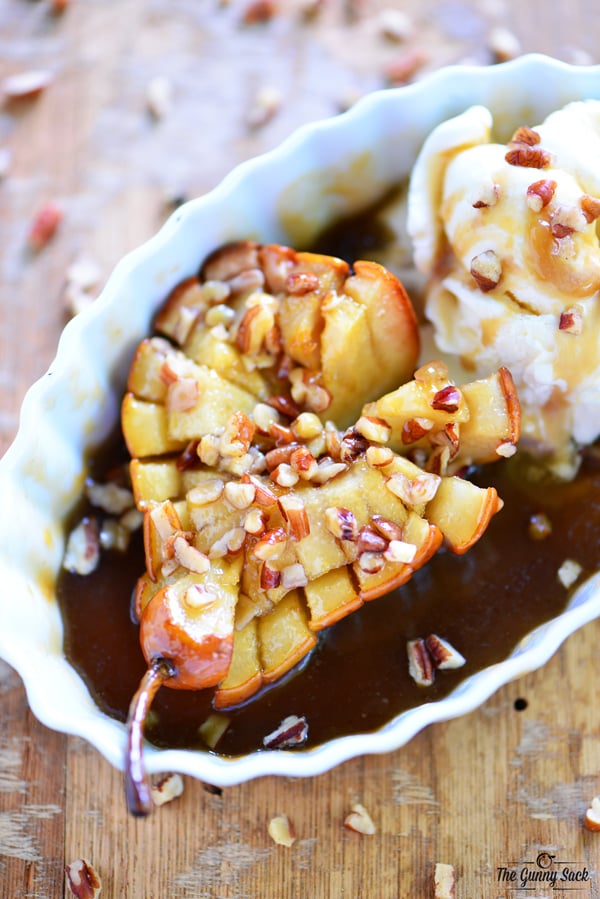 When I think about fall recipes, apples and pumpkins immediately come to mind but did you realize that pears are also in season during the fall? It seems like pears are one of the fruits that often gets overshadowed by other fruits, but I’m telling you, if you get a perfectly ripe, sweet, juicy pear, there’s nothing quite like it! Pears are also delicious in baked desserts and after enjoying the Bloomin’ Baked Apples last fall, I am excited to share these fabulous Bloomin’ Baked Pears! 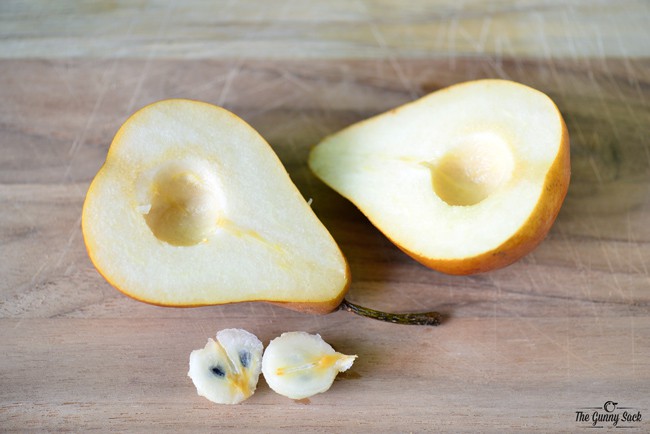 To make these Bloomin’ Baked Pears, I used bosc pears because they are more firm and dense than other pears and they retain their shape better than other varieties when baked. In the United States, Bosc pears are mainly grown in the Pacific Northwest. The harvest of bosc pears in Washington and Oregon starts at the end of September.

First, cut the pears in half, leaving the stem attached to one of the halves. Scoop out the core with a melon baller. 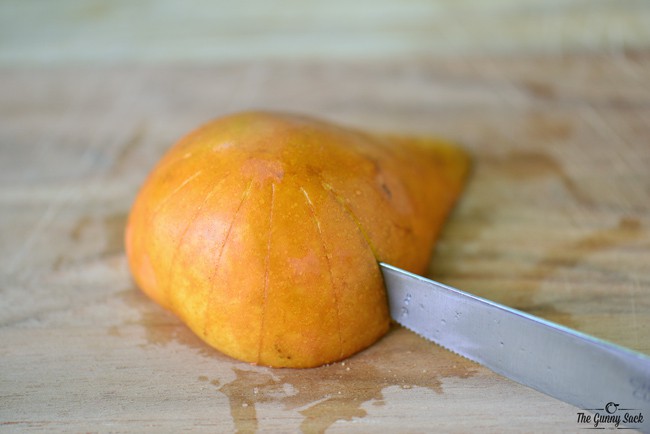 Use a knife to make a deep cut around the inside of the pear, in the same shape as the pears (see the image below of the pear after itâ€™s been cut).

Flip the pears over and make narrow cuts all the way around the pears without cutting the very middle. 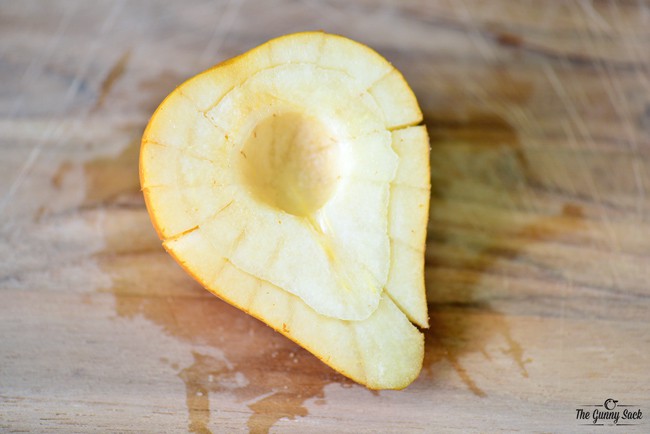 This is what it should look like when you are done cutting it. 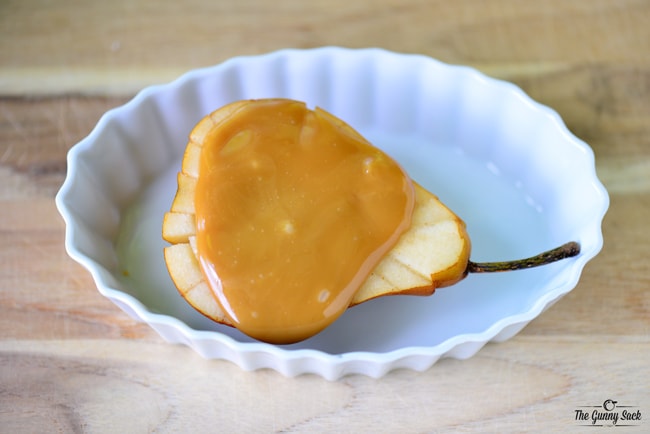 Spoon 1 tablespoon of the butterscotch caramel sauce on top each of the pear halves, filling the hole left from removing the core. Set the remaining caramel aside for later.

Sprinkle each of the pear halves with 1 teaspoon of chopped pecans.

Bake the pears at 350 degrees for 15 minutes. Top each of the pear halves with an additional 1-2 tablespoons of the butterscotch caramel. Return to the oven for an additional 15 minutes. Remove from the oven and spoon the caramel sauce from the small baking dishes over the pears. Serve the delicious bloomin’ baked pears while still warm with vanilla ice cream!