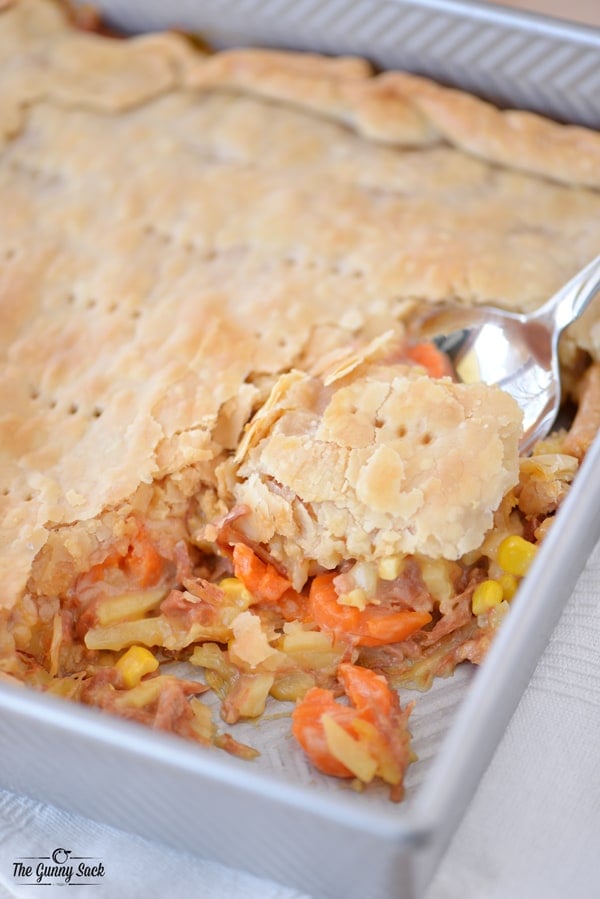 A friend of mine broke her ankle recently and can’t be on her feet. I wanted to make a meal for her family that would be easy for them to cook. I decided that it would be best if the meal could include the meat and vegetables all in one pan.

I thought about chicken pot pie, but when I remembered that I had leftover ham in my freezer, I knew I wanted to make a Cheesy Ham Pot Pie instead. First, I had to make a trial pan…you know, purely for the sake of  recipe testing. 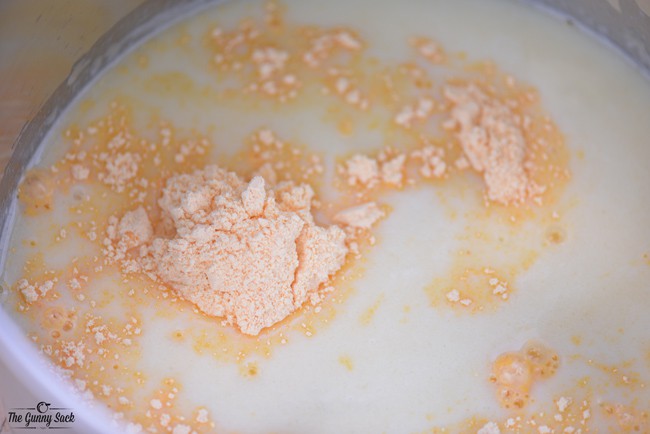 This ham pot pie has cheesy julienne potatoes, ham, carrots and corn. First, melt the butter in a large pot over medium heat. Whisk in the flour and cook for 30 seconds – 60 seconds. Add the milk and the chicken broth. Whisk in the cheese sauce mix from box of potatoes. 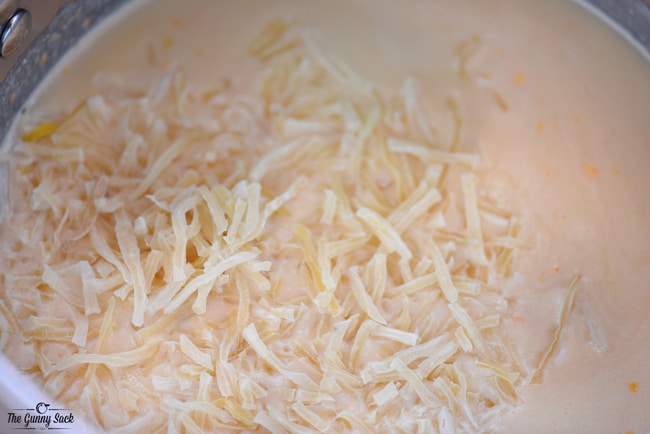 Stir in the julienne potatoes. 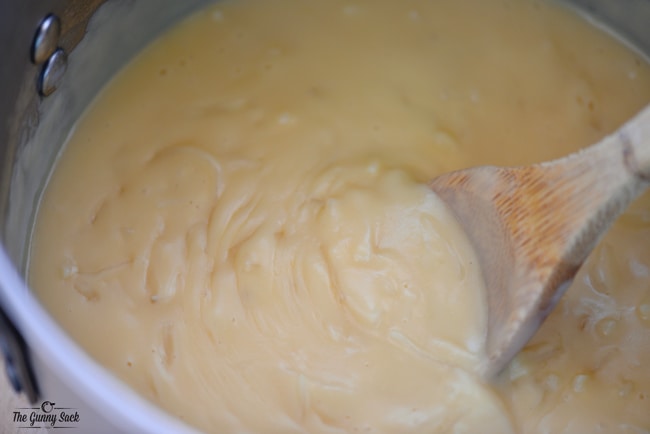 Cook over medium heat for 6-8 minutes, stirring often, until thickened. 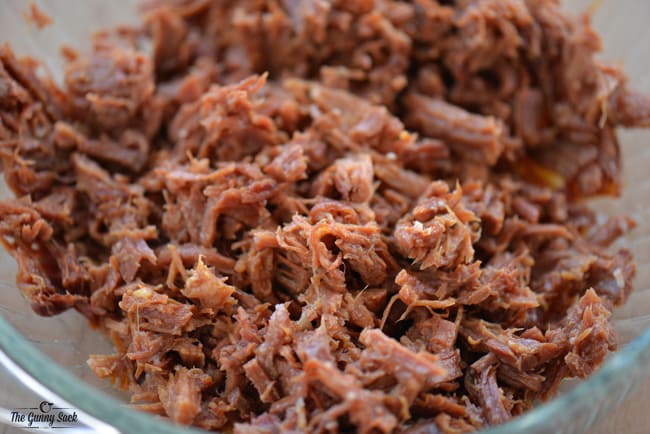 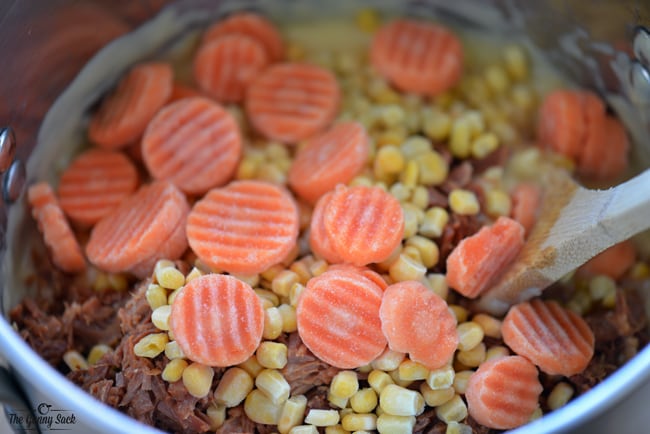 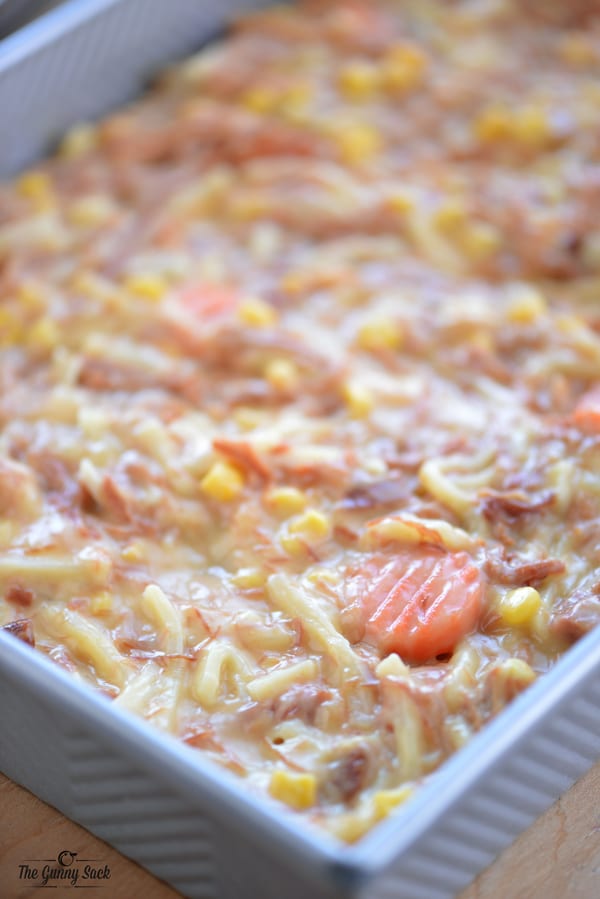 Spread the mixture in a greased 9×13 pan. 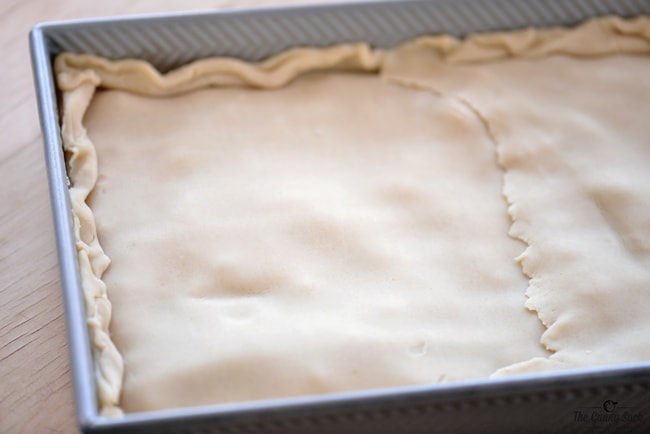 Cover with pie crust. I used two store bought crusts, overlapped them in the center and tore off the extra. I was in a hurry to get this pot pie in the oven and didn’t do anything fancy with the edges, I just rolled the dough down and tucked it along the sides of the pan. Feel free to get creative with fluted edges and cutouts, if you have the time. 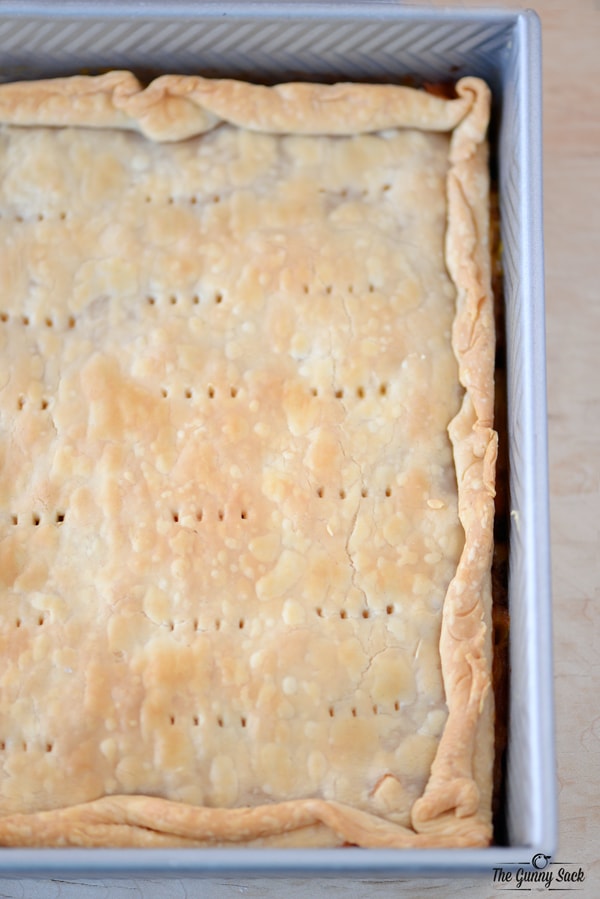 Poke holes in the crust and bake at 400 degrees for 40-45 minutes, until golden. (If you want a more golden crust, you can brush it with an egg wash.) I love how this Cheesy Ham Pot Pie turned out and I can’t wait to make it again. It is a great way to use up leftover ham. If you don’t have any leftover ham, you can use diced ham from the grocery store.