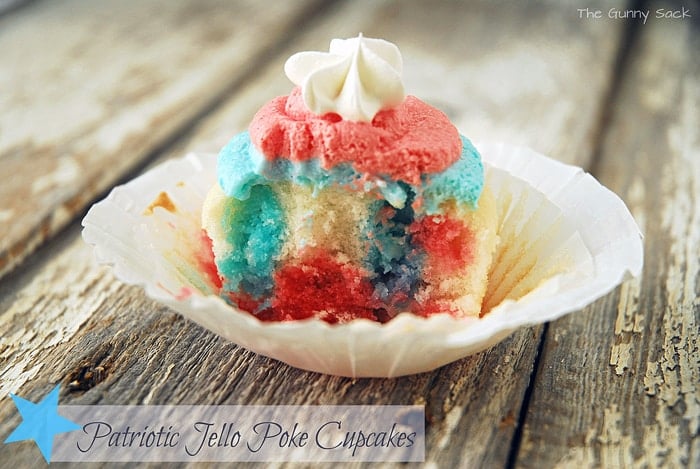 Surprise!  The 4th of July is next week!  Okay, so maybe it isn’t a surprise for you, but for some reason it sneaks up on me every year.  I think it is because it is right at the beginning of the month, so I’m still thinking about June when really I should be planning ahead.  So, I decided I had to do at least a few 4th of July desserts, recipes and/or crafts before it is too late!  I started off by making a variation of the classic Jello Poke Cake. 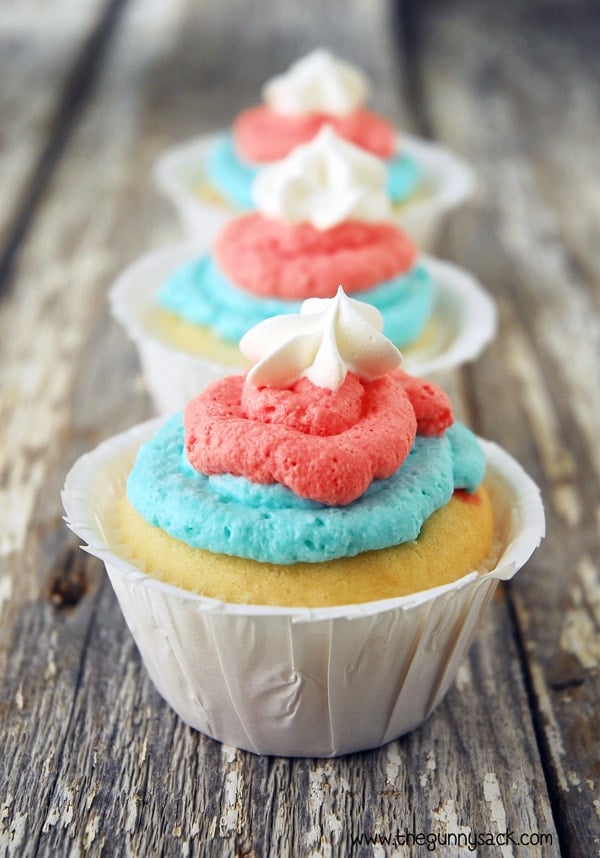 Instead of making a cake I decided to make cupcakes and use more than one Jello flavor. 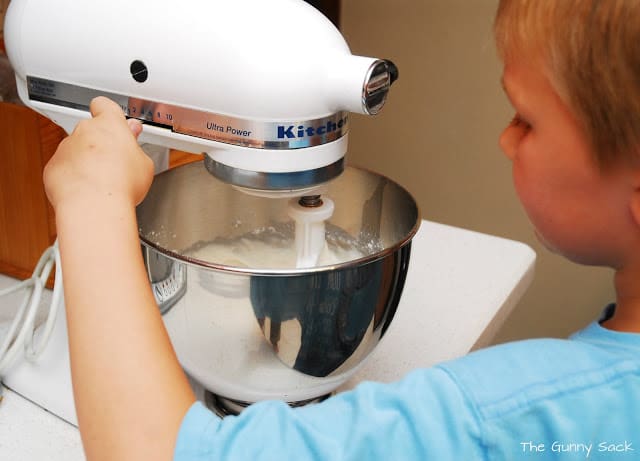 Zack was the only one home with me and he decided to help.  We started by making cupcakes from a plain white boxed mix. 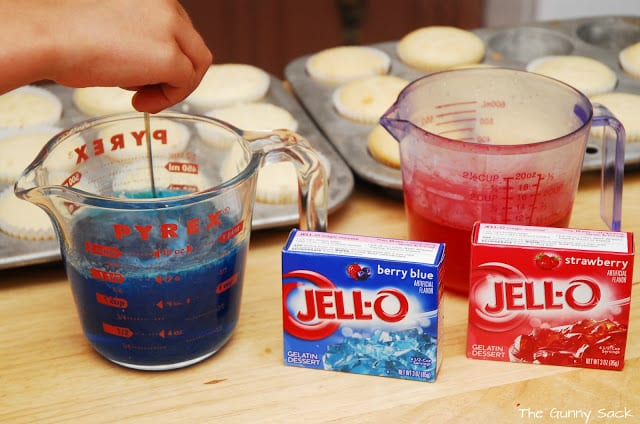 After letting them cool, we mixed 1 cup of boiling water with 1 package of berry blue Jello and 1 cup of boiling water with 1 package of strawberry Jello for 2 minutes following a poke cake recipe from Kraft.  After the 2 minutes, we added 1/2 cup cold water and mixed well.  Later I discovered that Kraft has their own Patriotic Poke Cake recipe that is a little different than the one we followed. 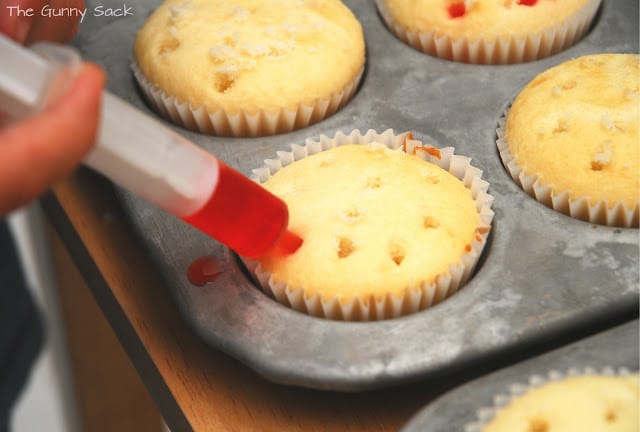 Then we poked holes in the cupcakes with the end of a beater from a handheld mixer.  We gave the cupcakes liquid Jello shots from a syringe.

Be careful not to add too much of the Jello liquid to the cupcakes or they will end up soggy.  Place the cupcakes in the refrigerator for about 3 hours. 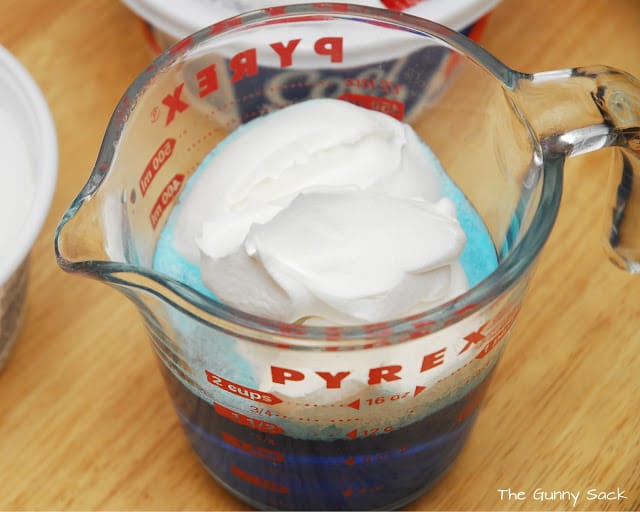 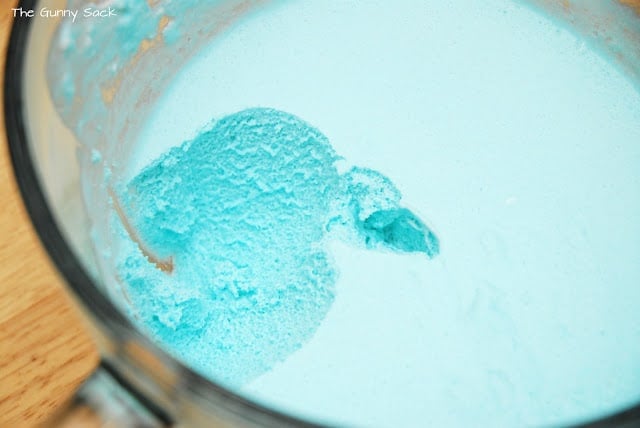 The Magic Mousse recipe says you need to cool it in the fridge for 8 hours.  I am too impatient to wait for 8 hours, so I stuck the bowls in the freezer until the mousse firmed up. 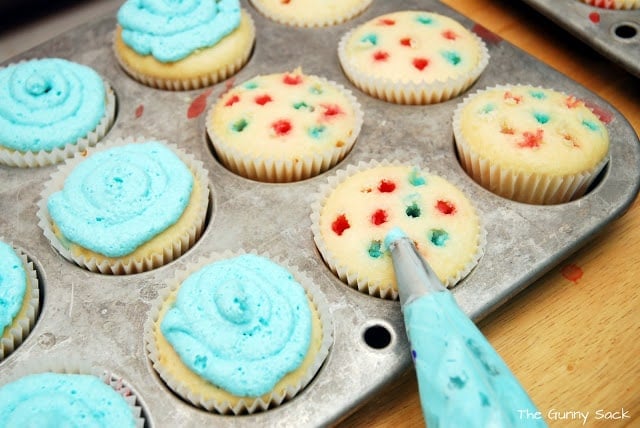 Once the cupcakes and the mousse was ready, I piped the blue Jello mousse on the cupcakes. 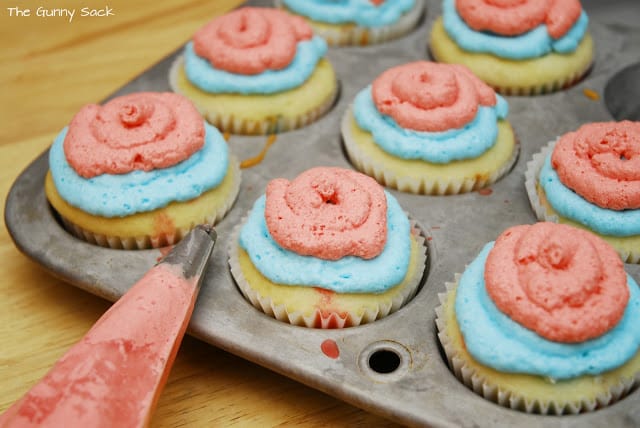 Then I added the red mousse. 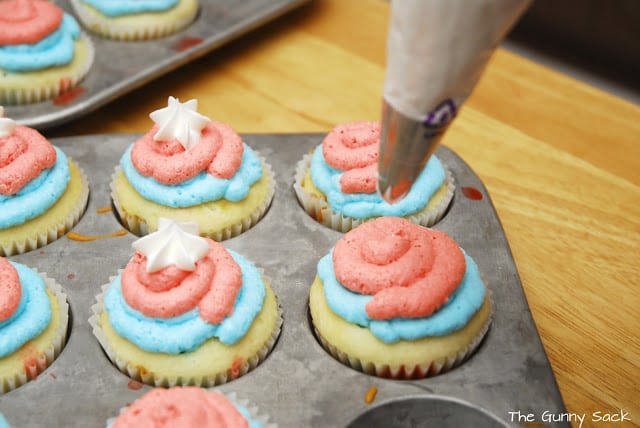 And I topped the jello poke cupcakes with a Cool Whip star. 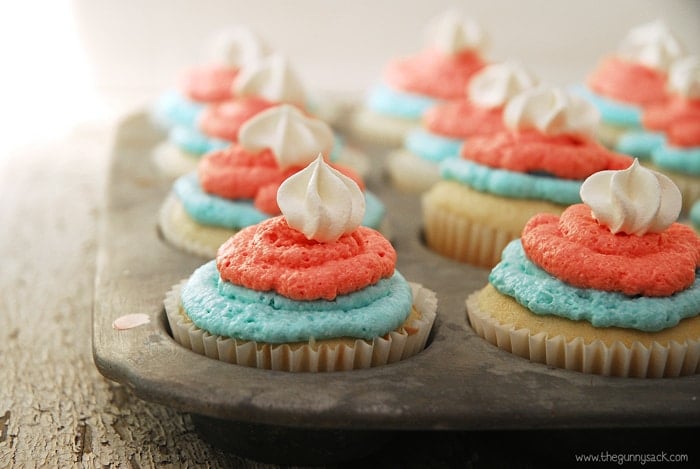 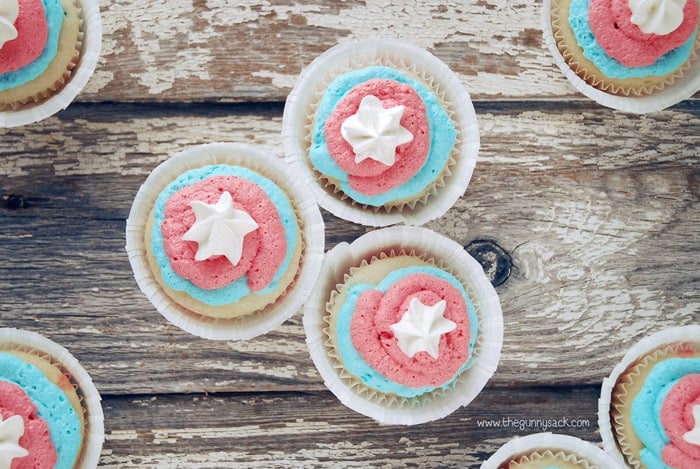 Zack wanted to eat all of the jello poke cupcakes! I always take a long time to get the pictures I want and the Jello Mousse frosting and Cool Whip star held up surprisingly well, but these cupcakes should be stored in the fridge until ready to serve.

Want more 4th of July desserts? Try these next: