This Slow Cooker Spinach Artichoke Dip not only includes four kinds of cheese, but it is also packed with veggies. Bring this easy spinach dip appetizer to a party or potluck! Sponsored by Hidden Valley. 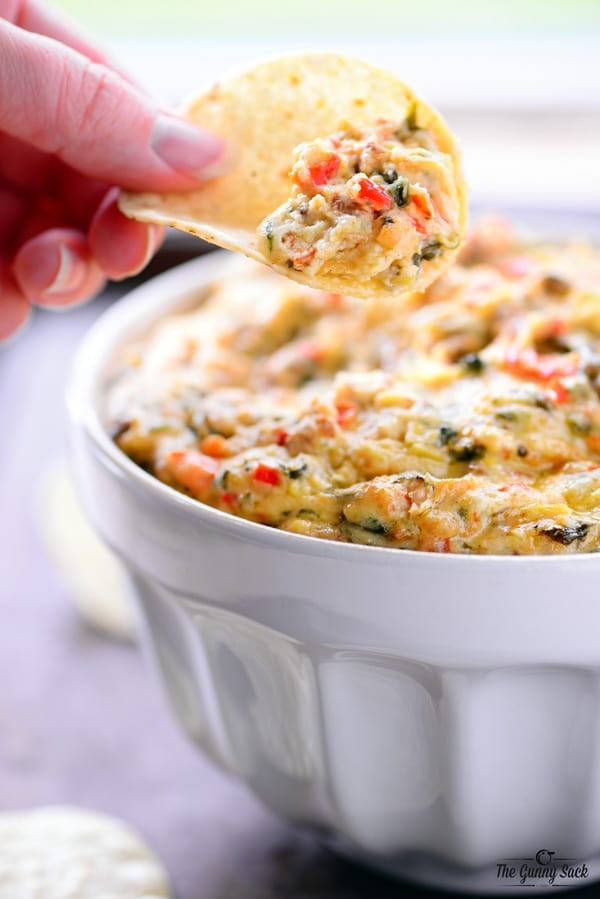 If it’s cheesy, you know it’s going to be a major hit at your holiday party or potluck! This Slow Cooker Spinach Artichoke Dip not only includes four kinds it cheese, but it is also packed with veggies.

I love that you can prepare everything ahead of time, put it in your slow cooker and it will be hot when you are ready to eat. Plus, it’s a great way to reduce food waste and use up vegetables you have in your fridge. 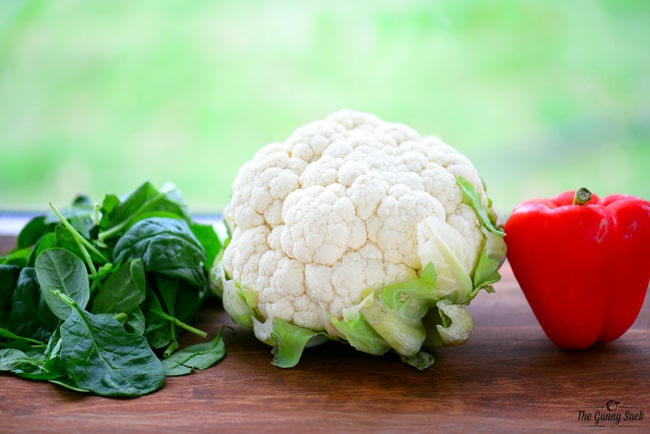 Let’s hear it for the imperfect, almost expired, bruised and misshapen veggies! These formerly “unloveable” vegetables are the stars of the delicious, slow cooker spinach artichoke dip. Some others recipes you can make that help reduce food waste at home include soups, stews, and casseroles.

The spinach in the photo above is almost expired. I removed the mushy spinach leaves from the bag and used the rest of the spinach.

The cauliflower has some dark spots on it, but I learned that those spots are often a result of too much moisture or condensation on the cauliflower. I simply cut away those spots, removed the leaves, cut the stem flush with the bottom of the head and cooked the remaining cauliflower.

The red bell pepper is leaning against the cauliflower because it is so misshapen that it can’t stand on its own. It was starting to get just a little wrinkled and although it wouldn’t be the crispest pepper for eating raw, it was the perfect thing for this dip!

Remove leaves, cut away any brown spots, trim stem to be flush with the bottom of the cauliflower head, cut into medium size pieces and place in a microwave-safe bowl.

Add two tablespoons of water, cover and cook in microwave on high for 5-7 minutes, until tender.

Move to a food processor, add 2 tbsp butter and process until smooth.

Use 1 1/2 cups of the mashed cauliflower for this dip and place the rest in the fridge for another use.

Brown the sausage. Drain and set aside.

Use the same pan (without washing it) to wilt the spinach.

Put the spinach in the pan and cook over medium heat until wilted.

Move the spinach to a strainer, over the sink or a bowl, and press on it with a paper towel to squeeze out the excess moisture. Set aside.

Using the same pan (without washing it) saute the chopped red peppers with 1/2 tbsp butter for 5 minutes, until softened.

Peppers will continue to soften in the slow cooker. Set aside. 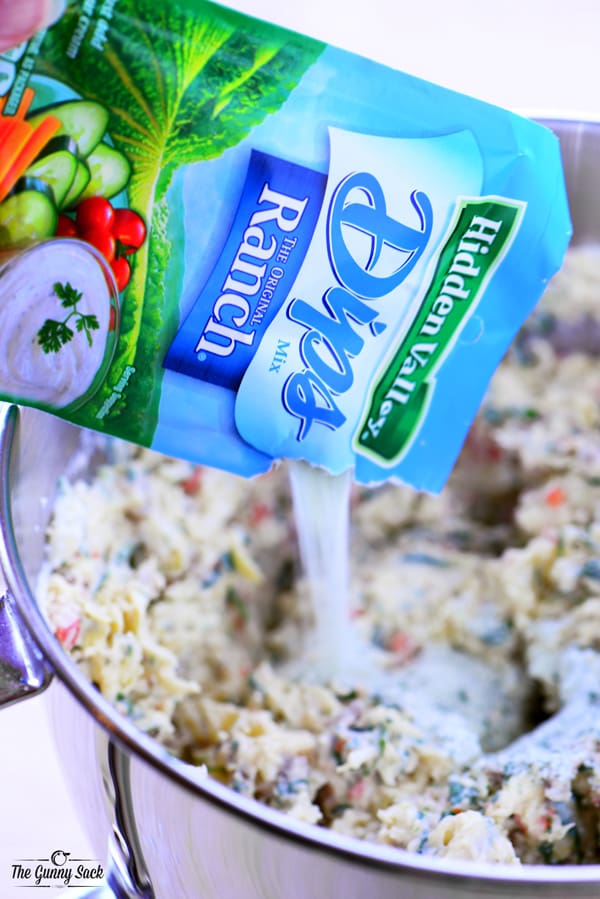 Add the mayonnaise and beat until combined. 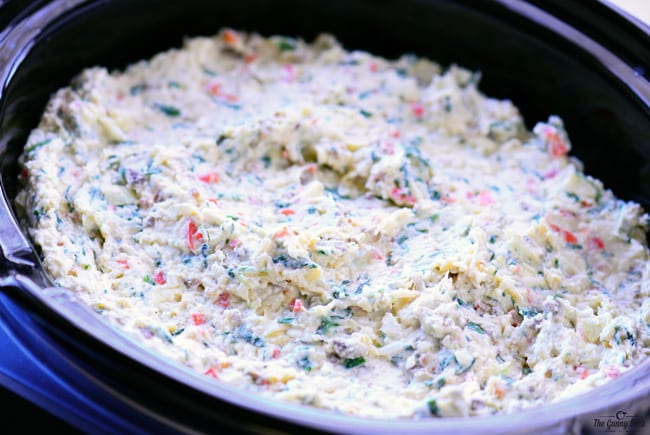 Spread the mixture in a slow cooker and cook on low for 3-4 hours until it is heated through and the cheese is melted. 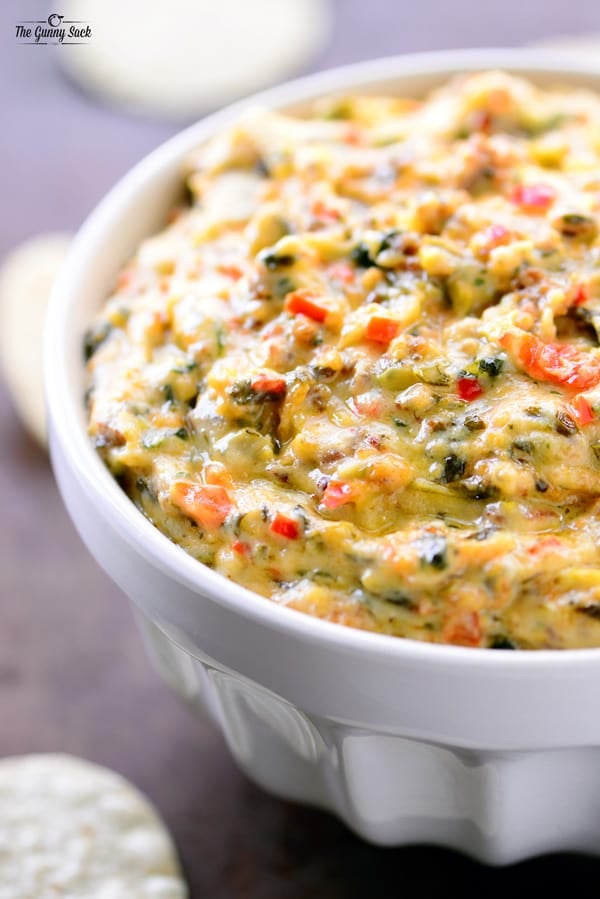 You can serve this cheesy dip directly from the slow cooker or transfer to a bowl. I had dinner with a bunch of my girlfriends last week and I bought this Slow Cooker Spinach Artichoke Dip to share.

Everyone LOVED it, even the ladies that were skeptical because of all the vegetables that are included. It would be a great appetizer to bring to a holiday party and potluck!