Raspberry Watermelon Lemonade is a refreshing summer drink. Each serving in this smoothie recipe has a full cup of watermelon in it! 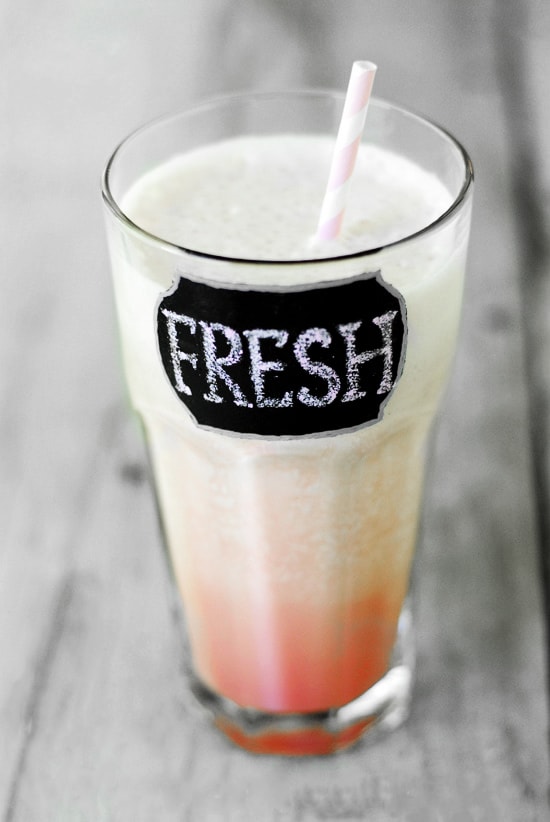 Even though watermelon isn’t in season yet, we’ve already eaten so many of them! I just bought one yesterday afternoon and 3/4 of it has already been eaten. We’ve had watermelon slices, watermelon in our fruit salad and watermelon smoothies. Watermelon is sooo delicious in smoothies!

In fact, there have been more smoothies consumed in our house over the last month and there was in the last year! So much so, that I had to buy a new blender! One of the things I really like about smoothies is that it helps increase my kid’s fruit intake. Zack isn’t very good about eating fruit but he will drink it right up in a smoothie! 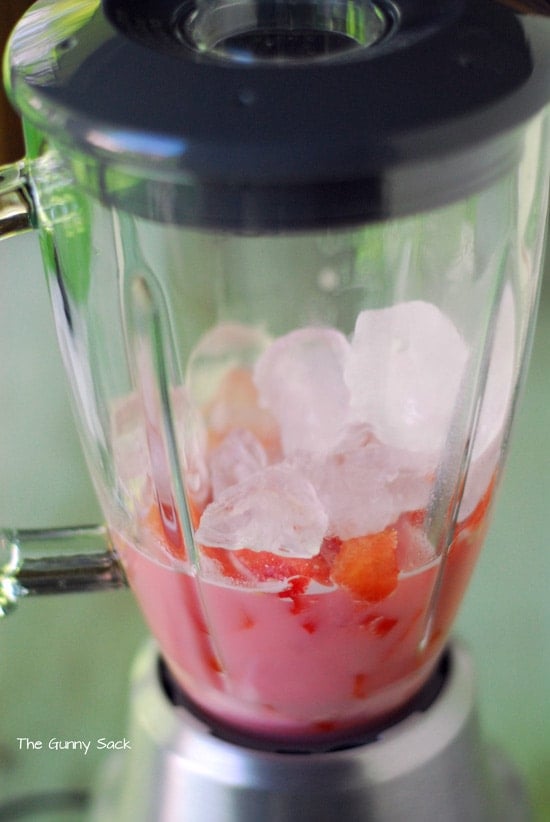 When I was shopping recently, I was given a sample of Watermelon Lemonade and it was amazing. I asked how it was made and the person giving the sample said she thought it just watermelon and lemonade mixed in a blender. I had to try making it myself. Instead of using just lemonade, I used Crystal Light On The Go Raspberry Lemonade packets. These little Crystal Light packets are another current crush of mine!

We’ve been using them for everything lately. YUM! When I made this raspberry watermelon lemonade for myself, I added some vanilla whey protein. It made the drink more frothy and more filling. That is what is shown in the pictures above but the recipe below will make 3 large servings. Each serving has a cup of watermelon in it!