Slow Cooker Apple Cider with caramel sauce and cinnamon syrup is so easy to make. Serve it in the fall and winter for Halloween, Thanksgiving, and Christmas. 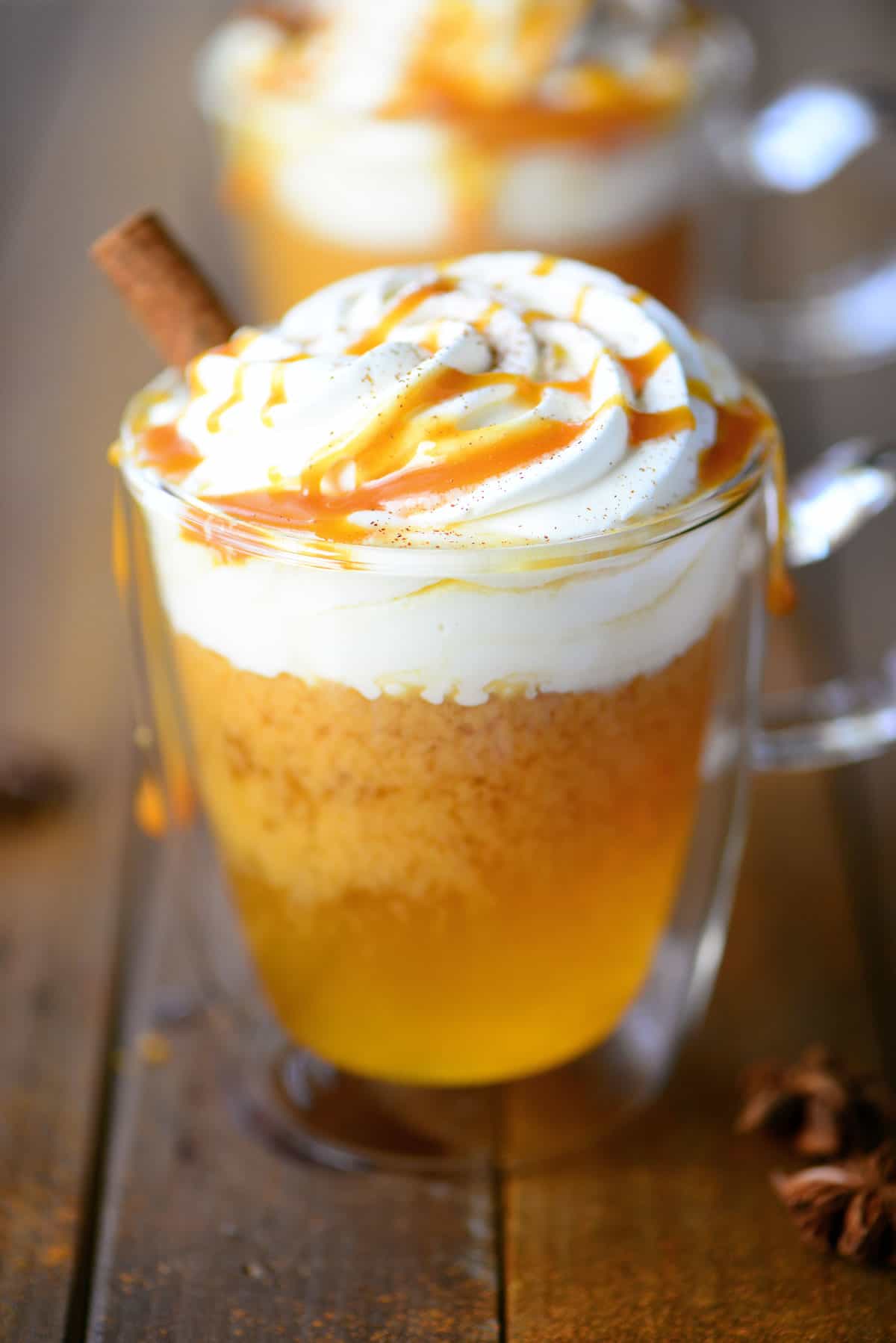 Along with cold weather comes delicious warm drinks from coffee and hot chocolate to apple cider and tea. There’s nothing better than wrapping your hands around a warm mug of a steaming beverage and watching the snow fall down leaving the ground covered in a sparkling coat of white.

Here in Minnesota, we have Caribou Coffee and it’s my favorite coffee shop. When I travel out of state, it’s one of the things I miss. One of the drinks sold at Caribou is the Hot Apple Blast which is a mouthwatering combination of apple cider and caramel. This Slow Cooker Apple Cider with Caramel is my version of that beverage and there’s enough for a crowd! 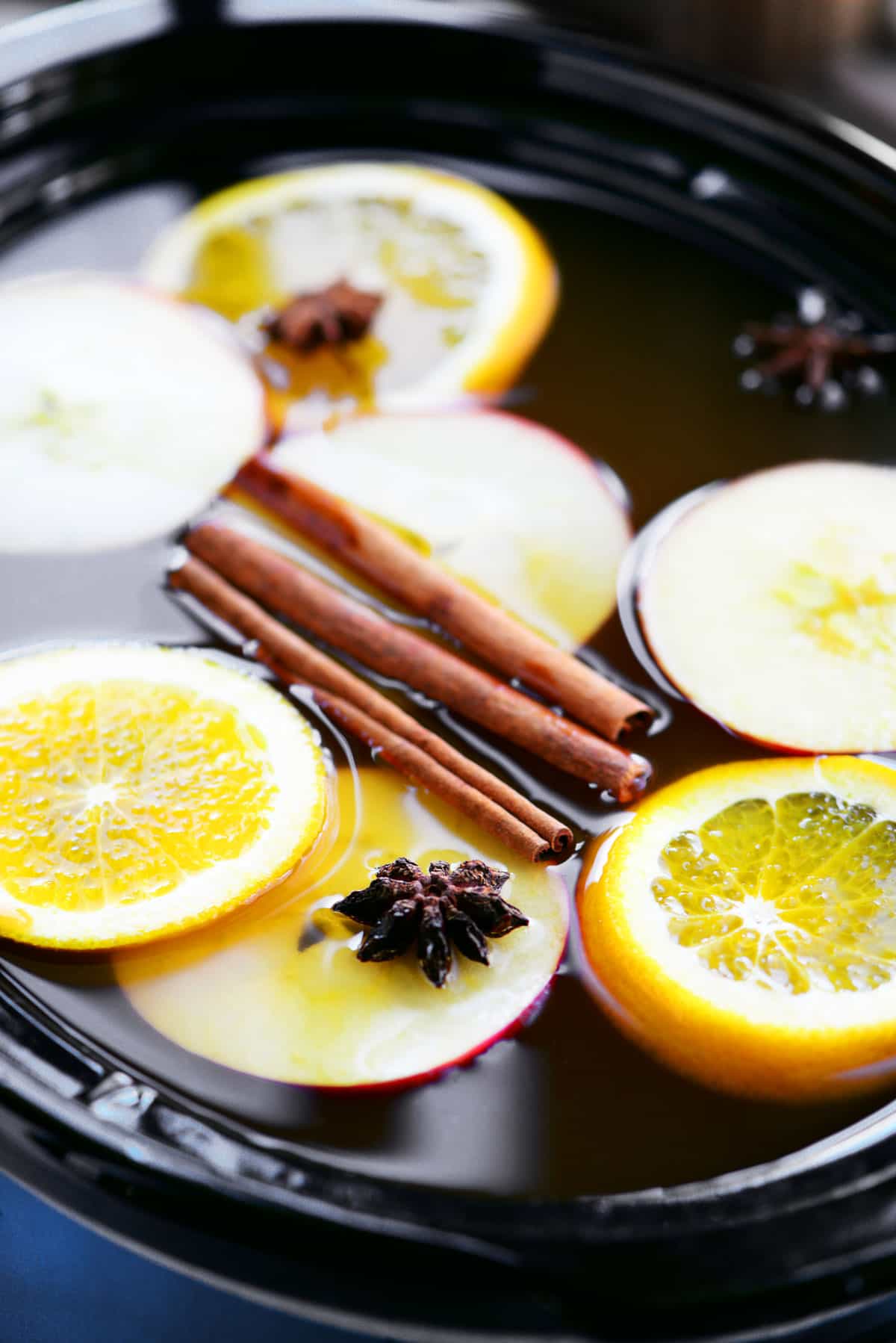 For this recipe, I used my 6-quart crockpot and it was completely full. 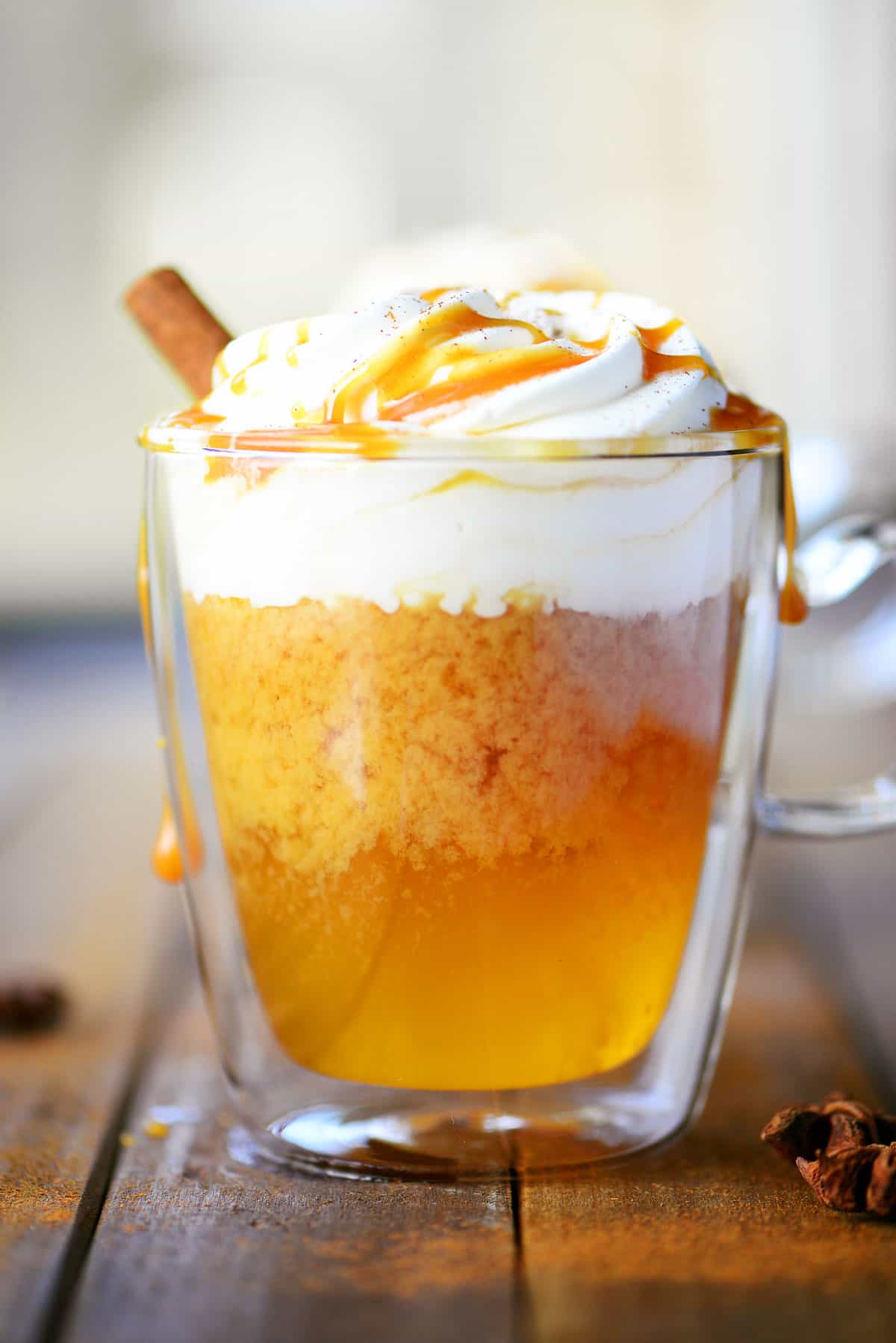 Ladle into mugs and top with whipped cream, a sprinkle of cinnamon and a drizzle of caramel. Store leftovers in the fridge and warm up in the microwave or on the stovetop.

Slow Cooker Apple Cider with caramel sauce and cinnamon syrup topped with whipped cream is one of the BEST things I’ve had to drink all season! I’m looking forward to making this often throughout the winter.

1. How can I make a smaller batch of apple cider? If you want to make less, you can cut back on the amounts of the ingredients and use a smaller crockpot. There is a slider on the serving size in the recipe card below. Move the slider to the number of servings you want and the ingredients should adjust accordingly.

2. Can I make this apple cider WITHOUT a slow cooker? Yes! If you prefer, you can heat this in a large stockpot on the stovetop.

3. Would this recipe work with apple juice? Yes, apple juice can be used instead of apple cider.

4. Can I substitute caramel coffee syrup for caramel sauce? Caramel syrup for coffee can be used instead of caramel sauce but the texture of the hot apple cider may change.

6. How can I make a lighter version of this apple cider? To cut back on the amount of sugar in this recipe try using light apple juice, light orange juice, sugar free caramel sauce or syrup, sugar free brown sugar cinnamon syrup, and light whipped topping. Please note, I have NOT tested this suggested lower sugar version.

10. What glasses did you use to serve the apple cider? This slow cooker apple cider looks so pretty in my favorite double wall glass mugs!

If you want to make less, you can cut back on the amounts of the ingredients and use a smaller crockpot. If you prefer, you can heat the apple cider in a large stockpot on the stovetop.