Sparkling Apple Cider is a refreshing holiday punch with a delicious tangy sweetness and bit of fizz! Apple slices and cinnamon sticks add flavor and make it pretty! 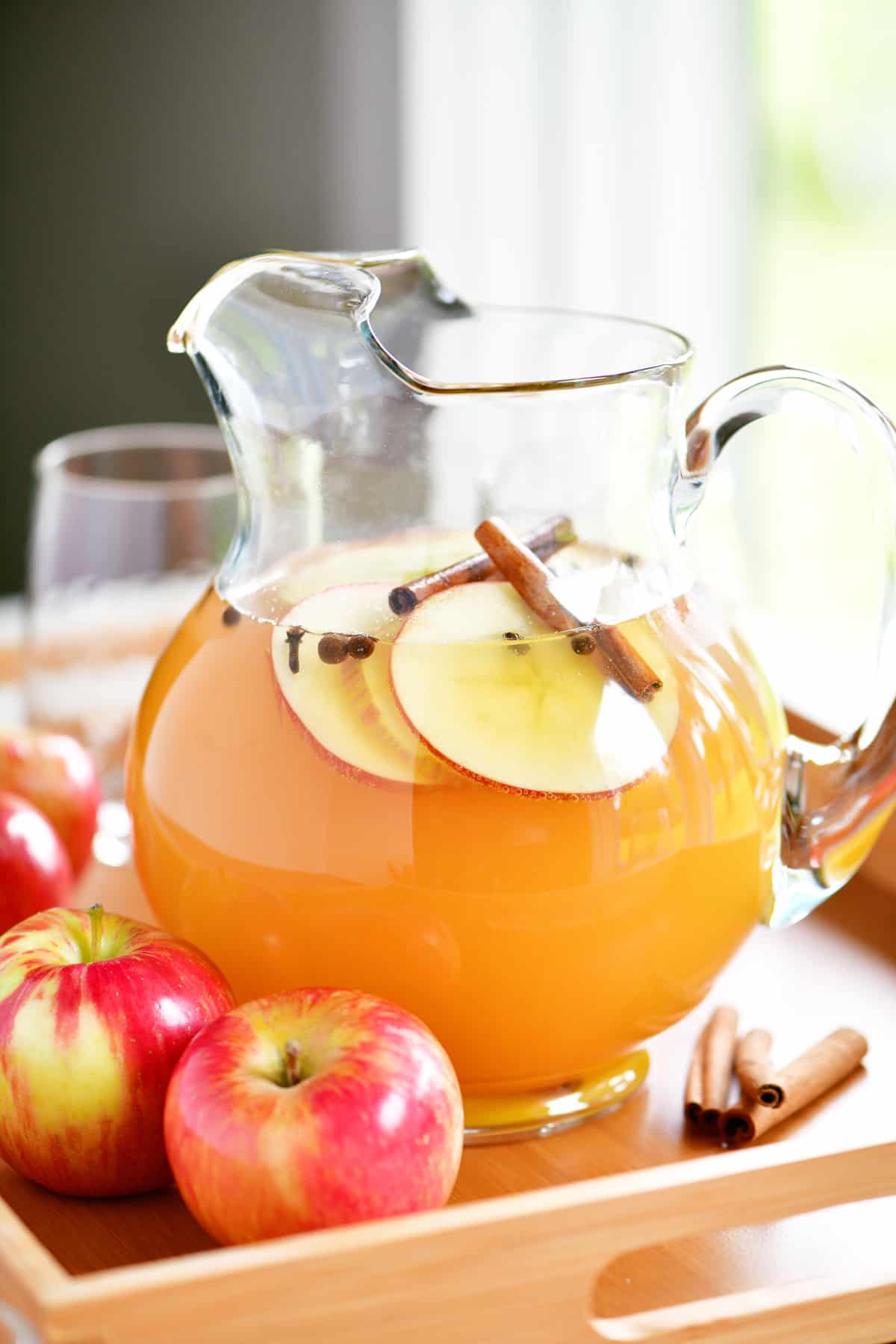 Isn’t it fascinating how every family has their own holiday traditions and that includes what gets served at holiday dinners? I love hearing about all of the things that other families have on their Thanksgiving menu and discovering new favorites.

This sparkling apple cider is inspired by my sister-in-law’s family. They always serve it for Thanksgiving and keep it in the fridge during the week surrounding the holiday.

Where is the Sparkling Apple Cider Recipe? In this post, I will share step-by-step instructions with photos for how to make the apple cider, as well as answering FAQs about the recipe and sharing a video. But you can go directly to the recipe by scrolling down to the bottom of the post.

How To Make Sparkling Apple Cider 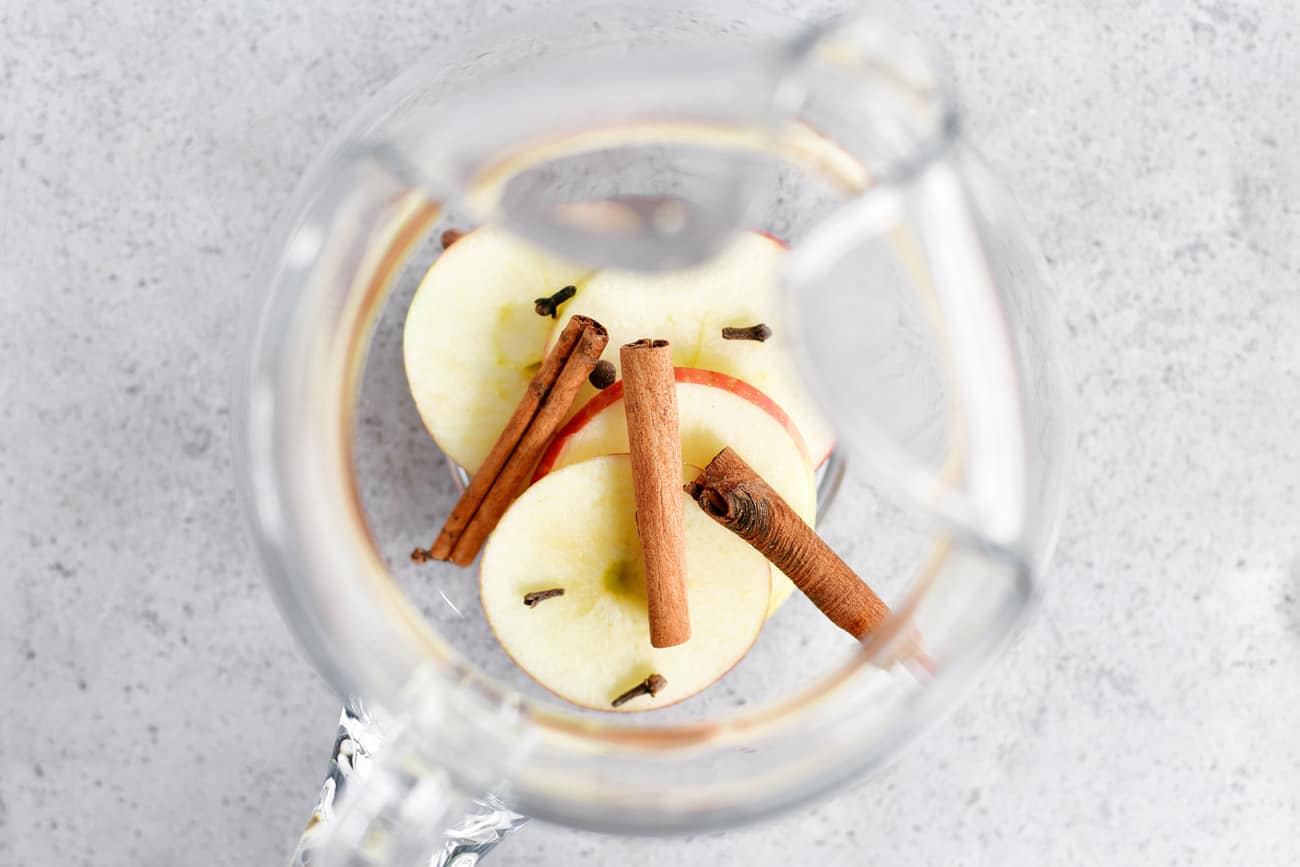 To make this sparkling apple cider look pretty in a glass pitcher and to add flavor, start by adding some garnishes.

Slice an apple horizontally to get the pretty star shape in the middle and remove the seeds. 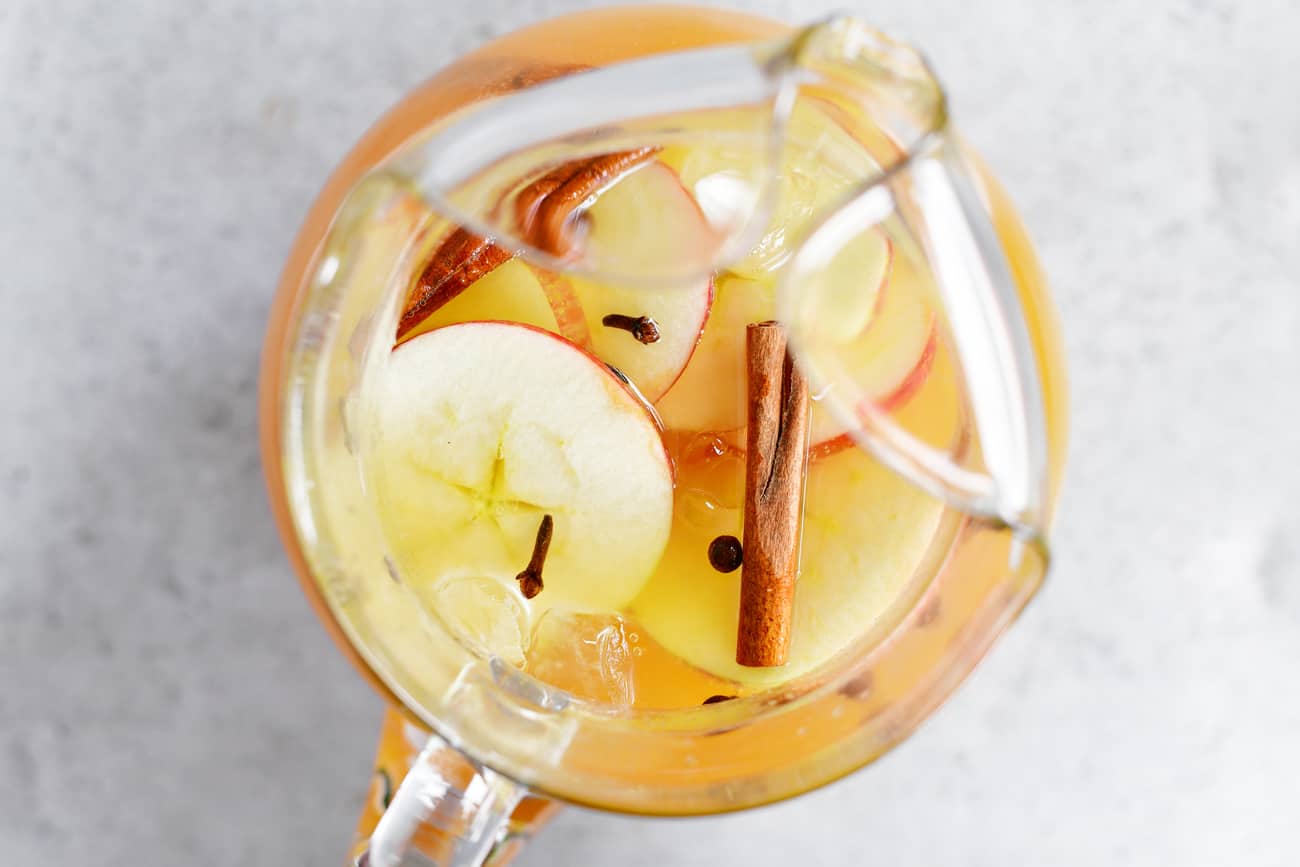 Pour in the apple juice or apple cider.

It’s not always easy to find apple cider at the local grocery stores so regular apple juice works too. 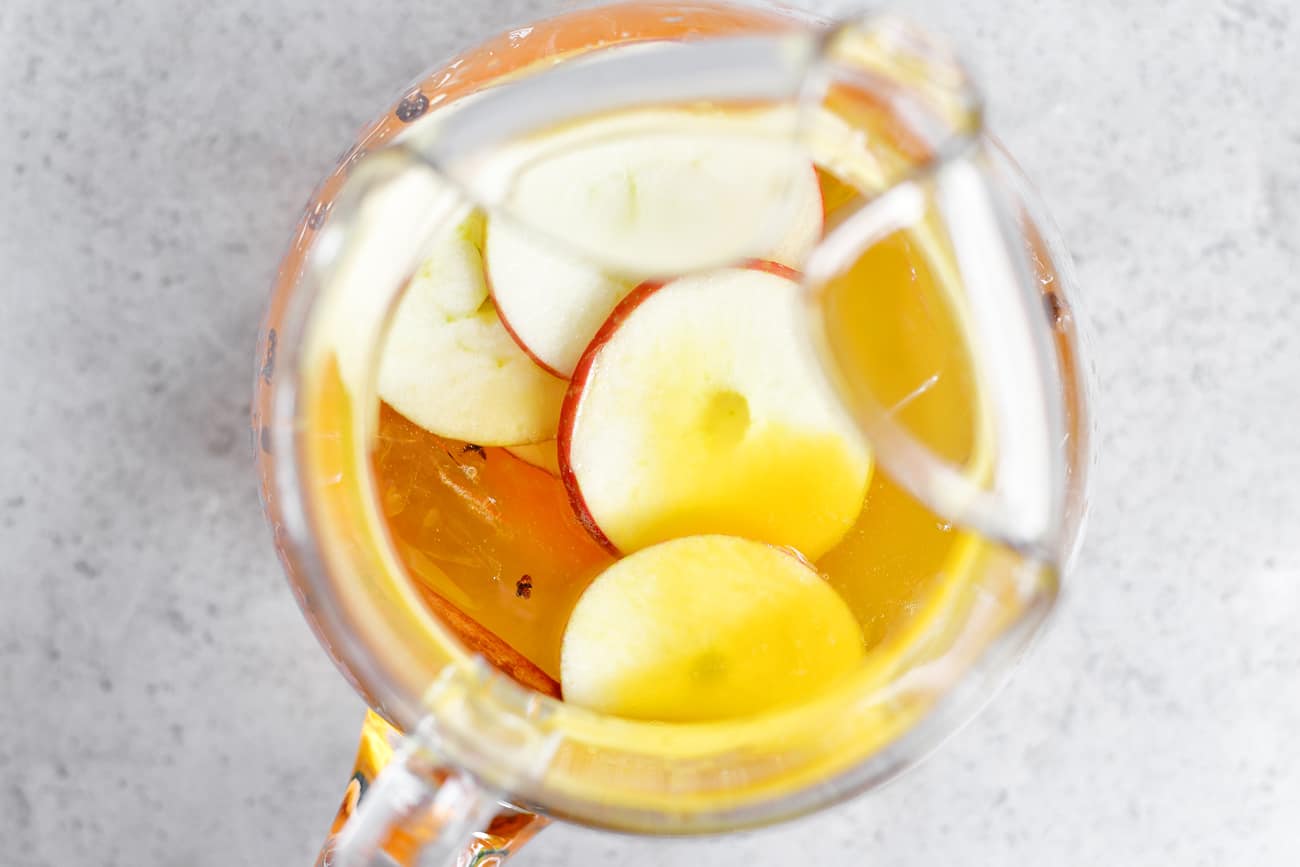 Add the orange juice concentrate and stir to mix.

Orange juice concentrate gives the sparkling apple cider some tangy sweetness that goes perfectly with the apple juice and cinnamon. 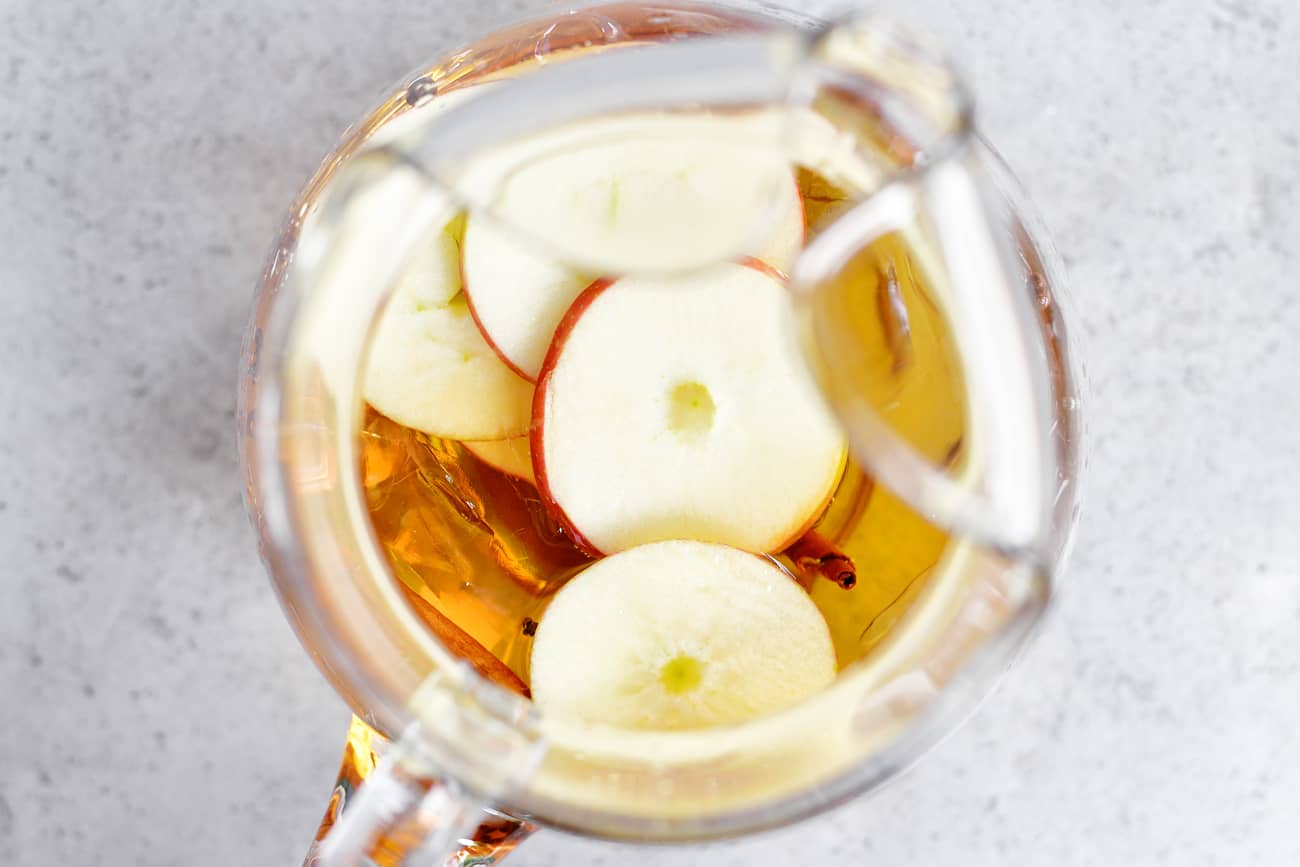 The sparkling part of the sparkling apple cider comes from adding ginger ale and it should be added right before serving so that it is still sparkling when served. 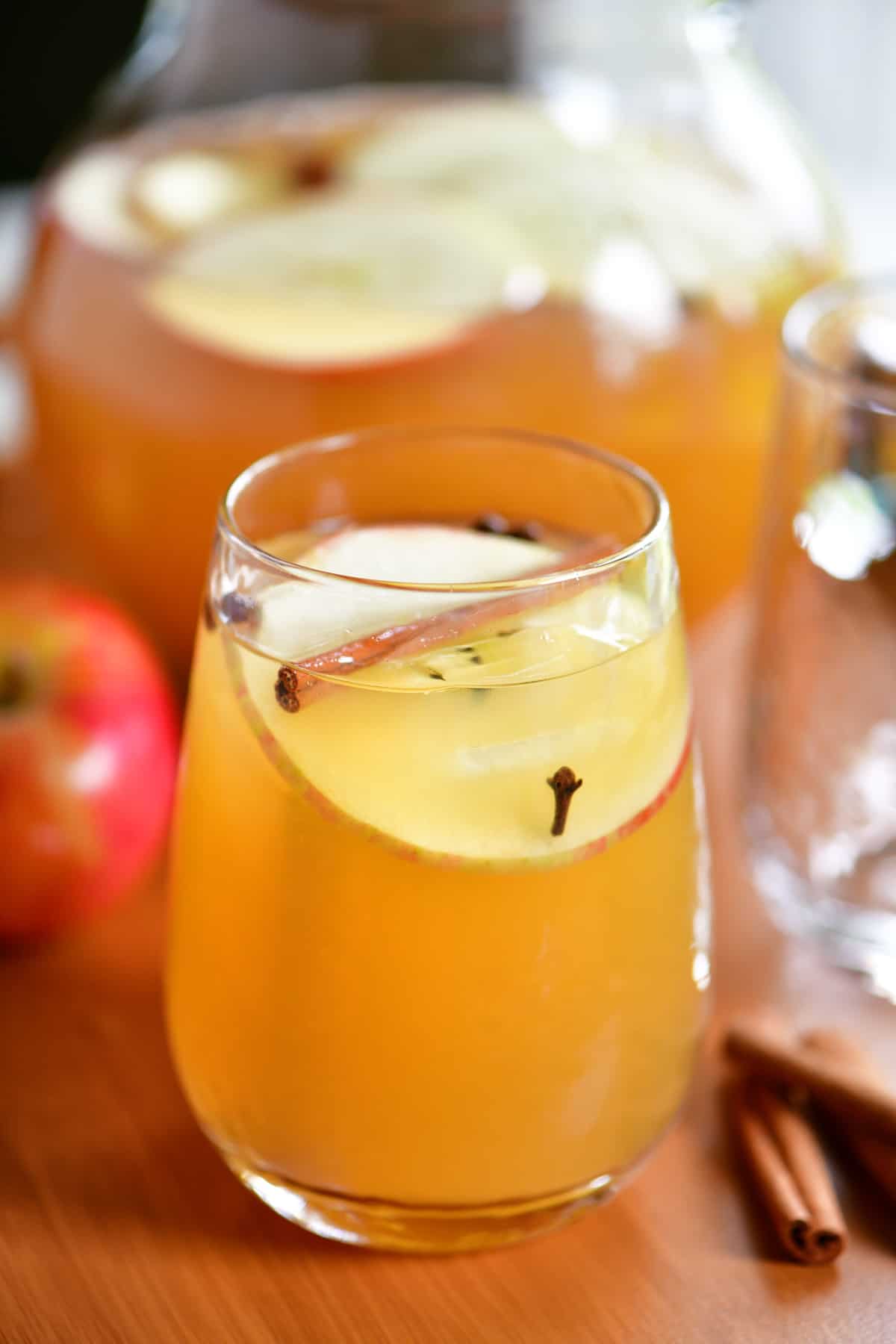 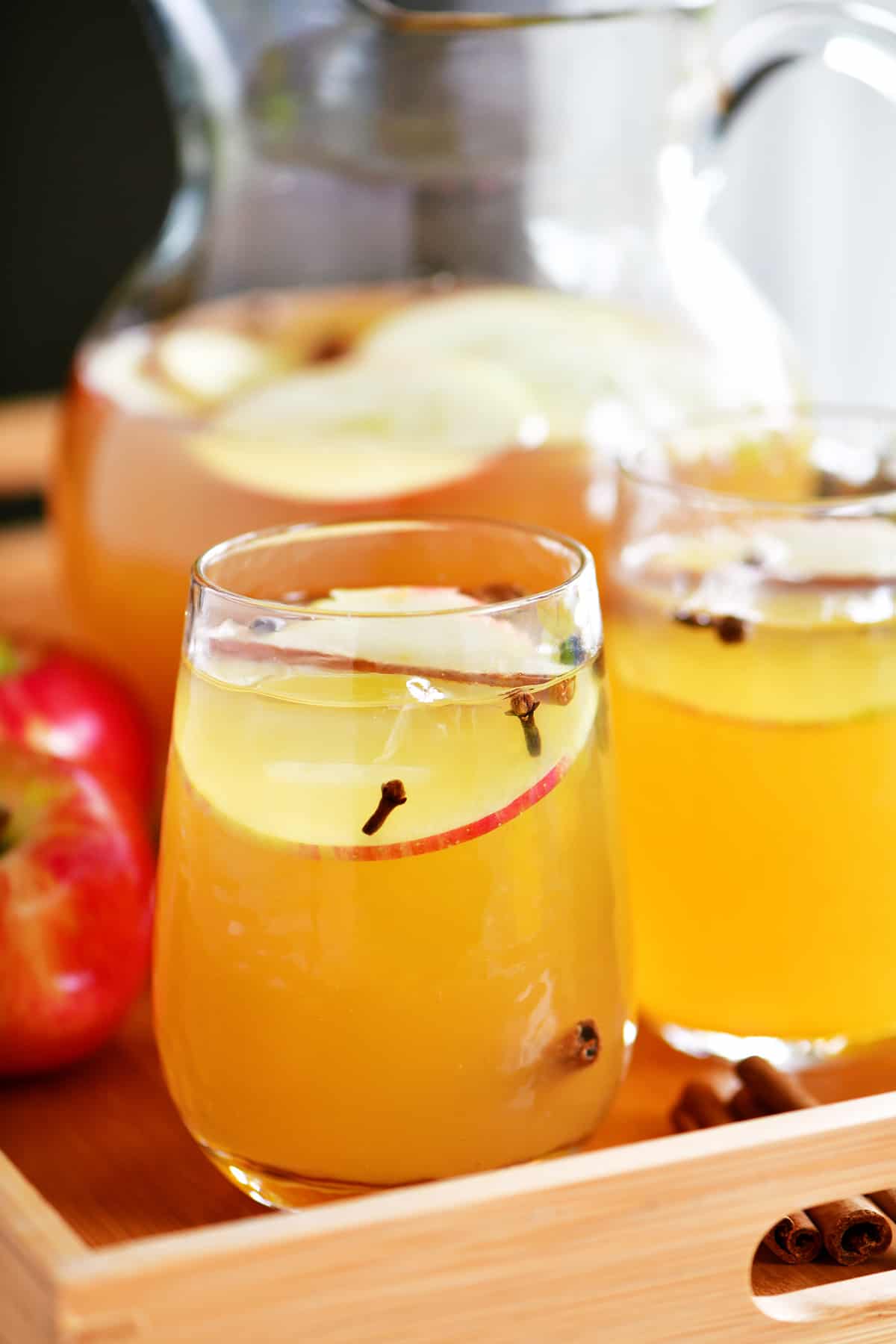 Yes, but will not add as much flavor as the orange juice concentrate does.

2. How can I prepare this ahead of time? Follow the steps three steps and place the pitcher in the fridge. Slice additional apples and soak them in club soda for three minutes to prevent browning. Add the ginger ale before serving.

3. Could Sprite be added instead of ginger ale? Yes! We love the flavor of ginger ale but Sprite, 7-Up, or Mist Twist could be used instead. 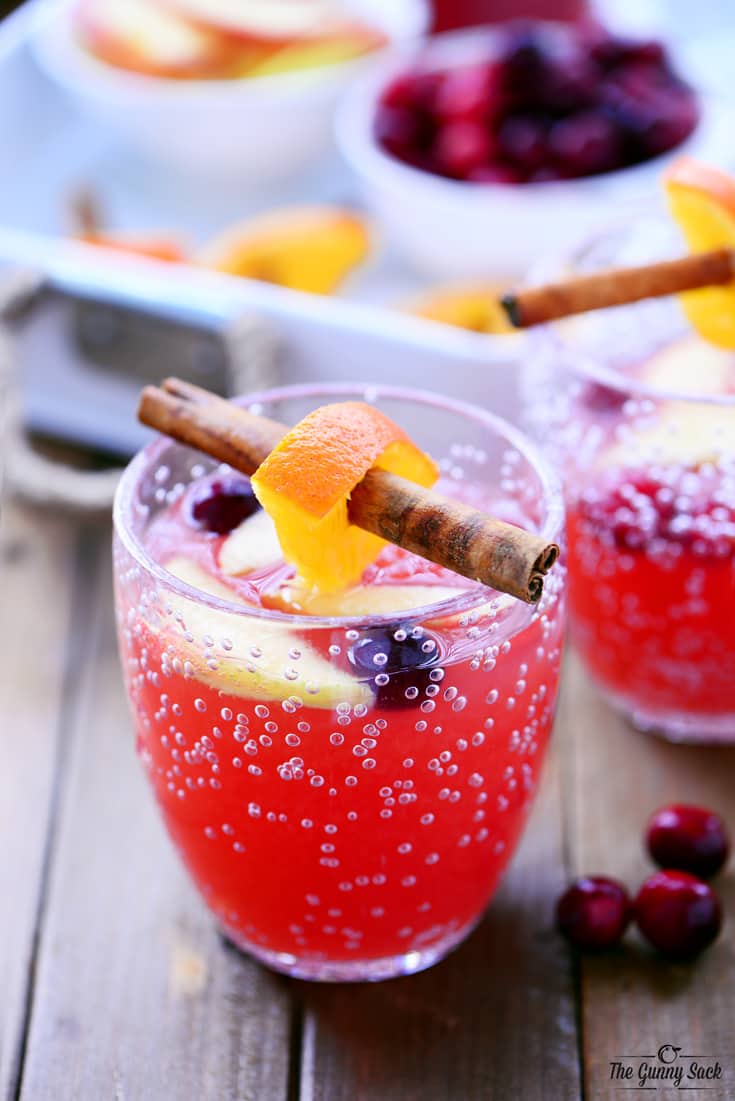 This Cranberry Orange Holiday Punch recipe is delicious and refreshing. It’s a holiday beverage everyone can enjoy at your Thanksgiving or Christmas dinner!

Raspberry Sherbet Party Punch from Natasha’s Kitchen: This party punch is so pretty and refreshing. It is perfect for baby showers, church potlucks, Valentine’s day parties, and family get-togethers.

Fruit Punch Recipe from Culinary Hill: Super sweet, super fruity, and guaranteed to be guzzled by kids everywhere. Dress it up (or down) all you want with endless variations.