Make this Slow Cooker Apple Walnut Bread Pudding recipe for dessert or for holiday brunch. This crock pot recipe with baked apples will make everyone happy! 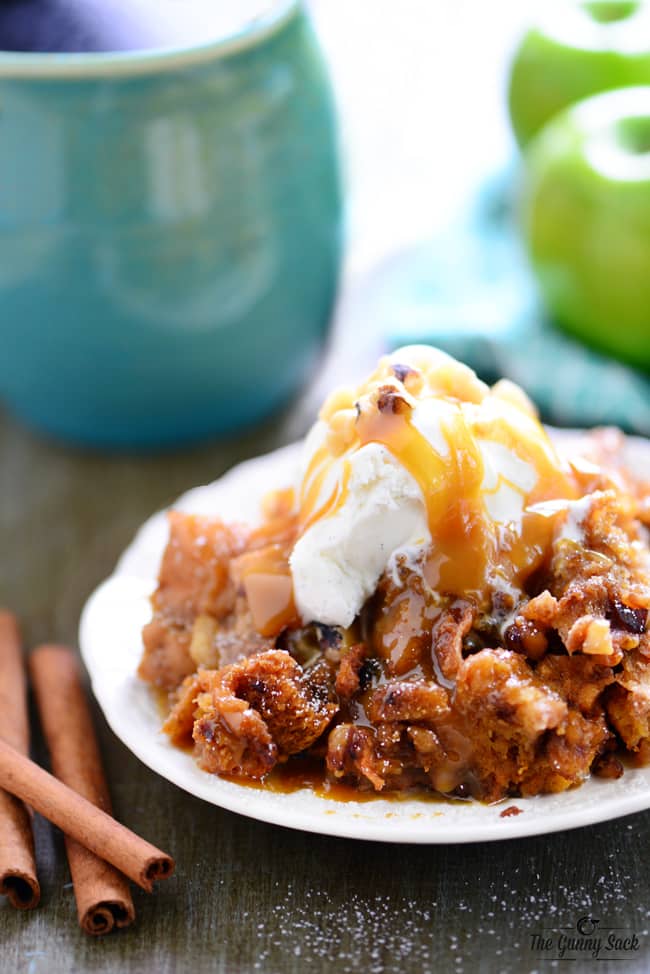 I love everything about apple season from the bowl of fresh apples on my kitchen counter to the trips to the apple orchard with my family. And I especially love apple desserts which I’m sure you’ve noticed by all of the apple recipes I’ve shared already this fall including Caramel Apple Cupcakes, Caramel Apple Fruit Pizza and Caramel Apple Pretzel Salad.

I’m also getting the impression that caramel apples are very important to me so it should not come as a surprise that today recipe for Slow Cooker Apple Walnut Bread Pudding also includes caramel! 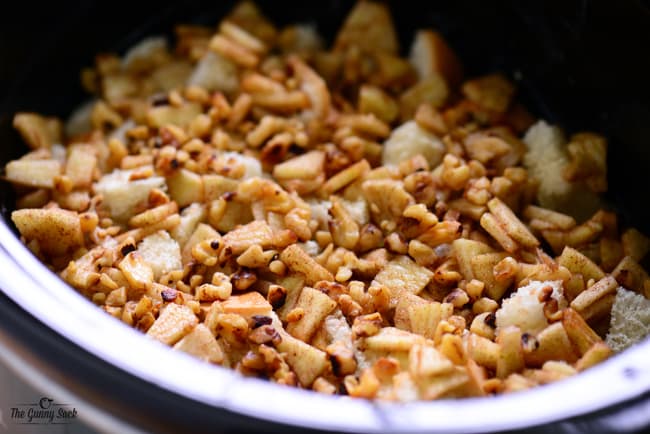 Mix together the granulated sugar and two teaspoons of cinnamon. Sprinkle it over the diced apples and stir to coat. Set aside.

I used my 6-quart CrockPot for this blog post, but I’ve also made it in a 3.5-4 quart size CrockPot. Make the bottom layer in a greased CrockPot (or even better, use a slow cooker liner if you have one because it makes clean-up so much easier) by spreading four cups of the cubed bread on the bottom.

Sprinkle with one cup of the diced apples and a quarter cup of the chopped walnuts. Pour half of the egg mixture over the bottom layer. Make the top layer by adding the remaining ingredients in the same order. Gently stir everything to coat the bread with the egg mixture. 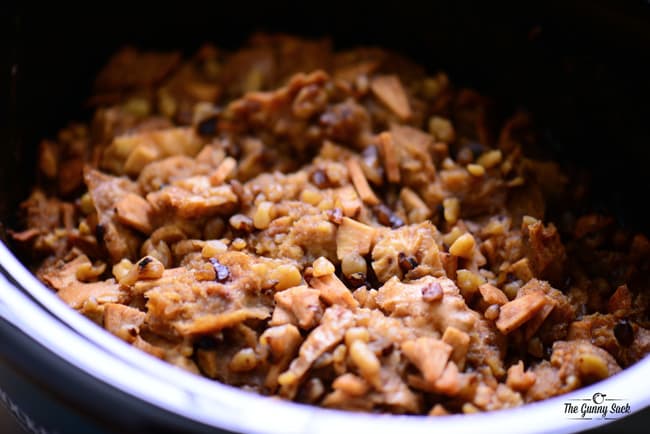 Cover and cook on low for 3-4 hours or until a knife inserted in the center comes out clean. Uncover and cook for 10 minutes to help absorb any extra liquid. 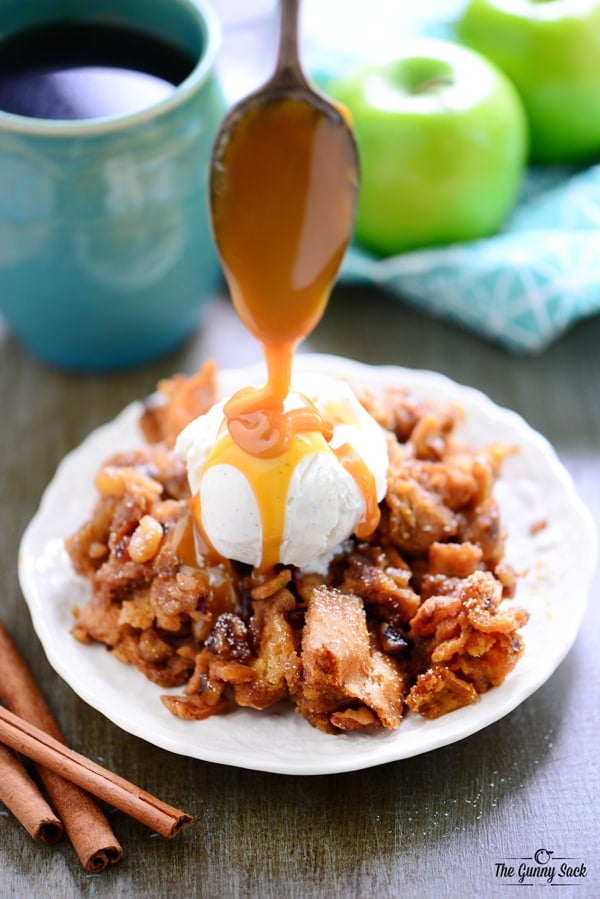 Serve warm with a sprinkle of powdered sugar, a scoop of vanilla ice cream and a drizzle caramel topping. You can put this Slow Cooker Apple Walnut Bread Pudding cooking a few hours before dinner and once everyone is done eating, dessert is warm and ready to go. All you need to do is grab the ice cream from the freezer and serve the bread pudding!

You could also make this slow cooker recipe for a holiday brunch because it is essentially the same thing as French Toast Casserole. Serve it with maple syrup and fresh whipped cream.

Whether you make Slow Cooker Apple Walnut Bread Pudding for dessert or for a holiday brunch, the warm comfort of baked apples and custard-like bread will make everyone happy!